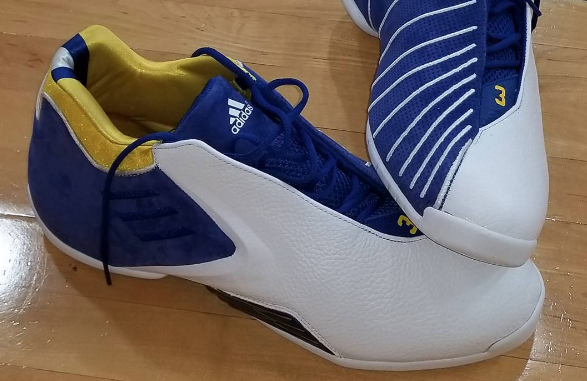 The newly inducted Hall of Famer has previewed an upcoming colorway of his third signature model, the adidas TMAC 3, on Instagram.

adidas had a small run of retros for the TMAC 3 a few years ago, and again last year with the glow in the dark All-Star pack. Now, it looks like adidas and TMAC have more plans for the silhouette in the near future.

Shown here with the hashtags #BloodHounds and #Adale, this colorway of the TMAC 3 is inspired by the high school basketball team Tracy played for until he transferred to Mount Zion Christian Academy for his senior year.

The upcoming colorway uses a white, blue, and metallic yellow color scheme and features Tracy’s playing number at Auburndale, number 3, just below the lacing on the top of the toebox.

Official word on a release date has yet to be announced, but keep it locked right here to WearTesters.com and we’ll keep you updated ASAP.

This a real throwback😂😂😂 #tbt🔙 #rockeddalegsleevebackthen