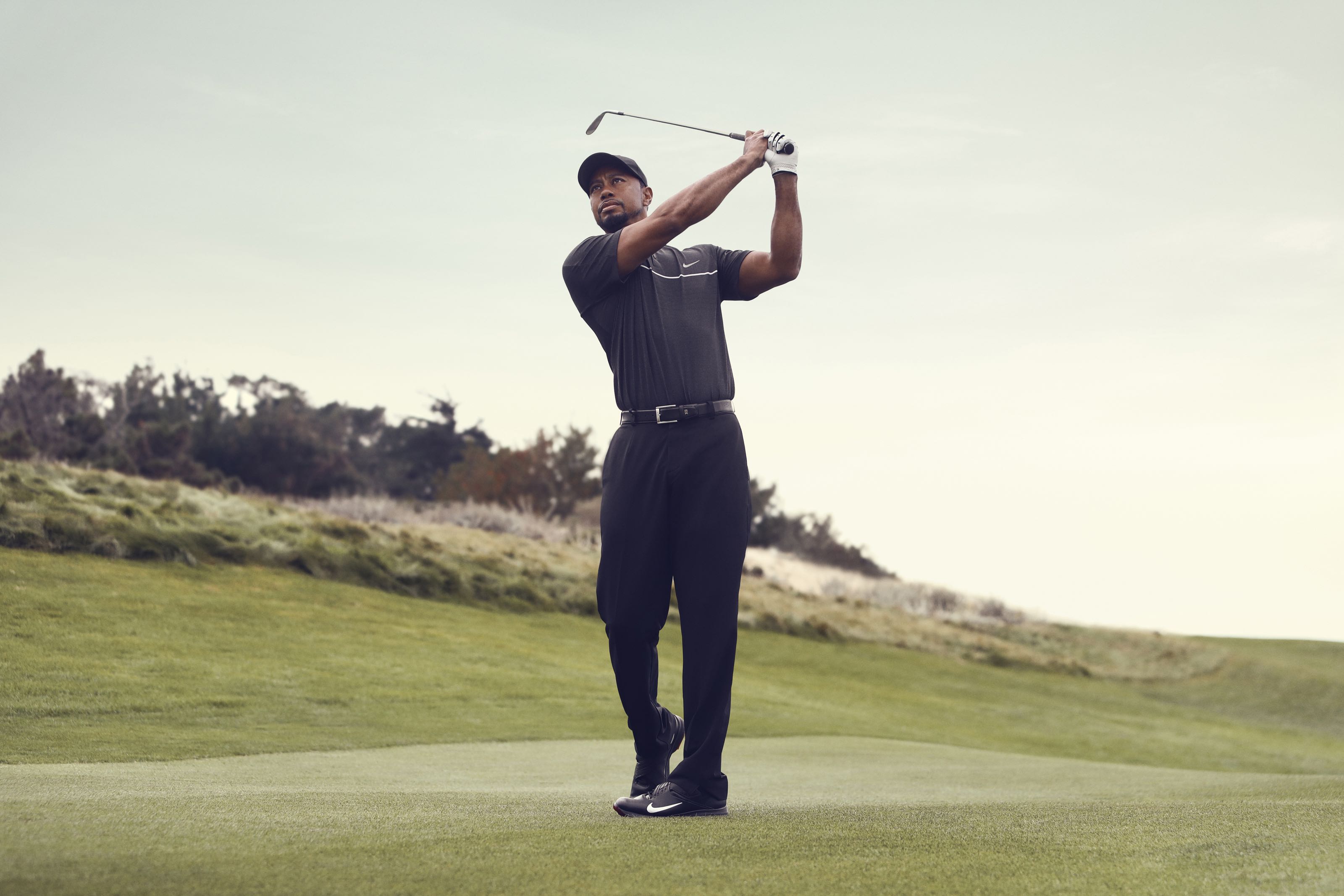 Tiger Woods, one of the greatest golfers to ever hold a club, made his first PGA Tour start in over 17 months at the Farmers Insurance Open this past week.

Though he failed to make it to the weekend, finishing at +4 for the tournament, it’s great for the game of golf that Tiger is back and competing. With a busy schedule coming up in the next few weeks, we’ll get a good look at Tiger’s progression as he makes his comeback, and hopefully we’ll also get a closer look at his newest signature golf shoe, the TW ’17. Designed by Tobie Hatfield, Senior Director of Athlete Innovation at Nike, the TW ’17 will make its debut on April 1, just in time for the Masters.

In an interview with the brains behind the TW 17, Hatfield discusses working with Tiger Woods throughout the development of his newest shoe.

Tobie Hatfield said, “The thing about Tiger is he actually wants to learn the language of footwear design. He wants to use that same language because he knows that helps the design and development process. I can talk to him like I’m talking to another designer. I really like that about him and appreciate it because he wants to understand.” 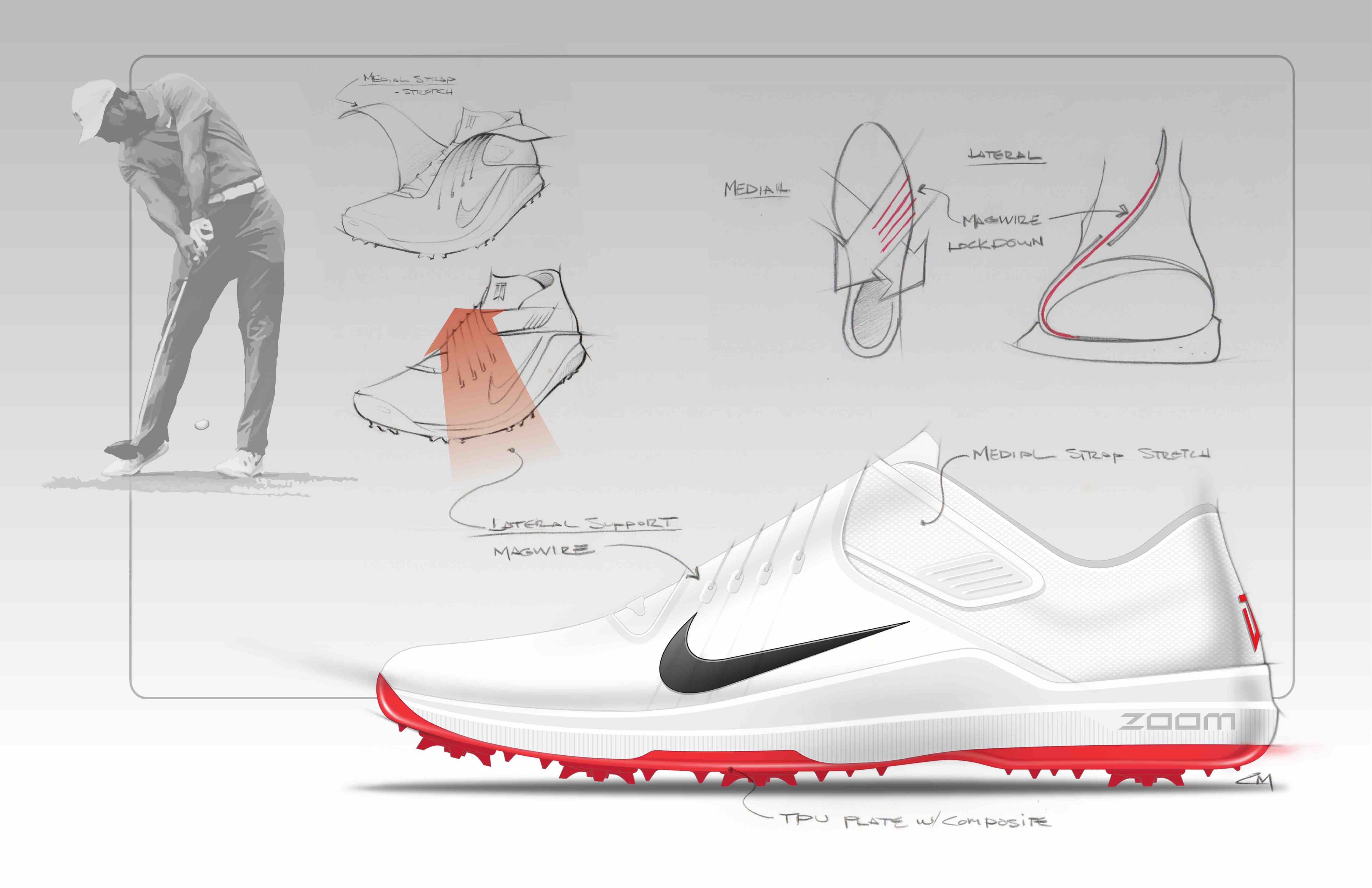 During the process of designing the shoe, Hatfield and Tiger first started with the upper, an uncommon starting ground when building a shoe from scratch. Moving to a synthetic leather upper (a stark change from his previous two signatures), with the addition of two criss-crossing straps, means that the shoe attempts to provide maximum stability throughout the swing. This new upper was specifically designed for Tiger’s new swing that is now right-leg dominant.

Tiger made it clear that he wanted to move away from the Nike Free technology that his previous two golf shoes had utilized, and turn to a more traditional midsole and outsole. Despite this more traditional approach, the shoe still utilizes Nike Zoom Air for premium cushioning for walking the course.

Look for Tiger to continue to wear the TW ’17 in both black and white colorways as his preparation for the Masters continues. The Nike TW ’17 will be available April 1 on nike.com and select retailers. There is currently no information on pricing. For more on the development of the TW ’17 with Tiger Woods and Tobie Hatfield see news.nike.com.

What do you think of Tiger’s newest signature golf shoe? Do you think Woods has enough gas in the tank to catch Jack and his 18 majors? Let us know in the comment section below, and stay tuned to WearTesters.com for future Nike launches. 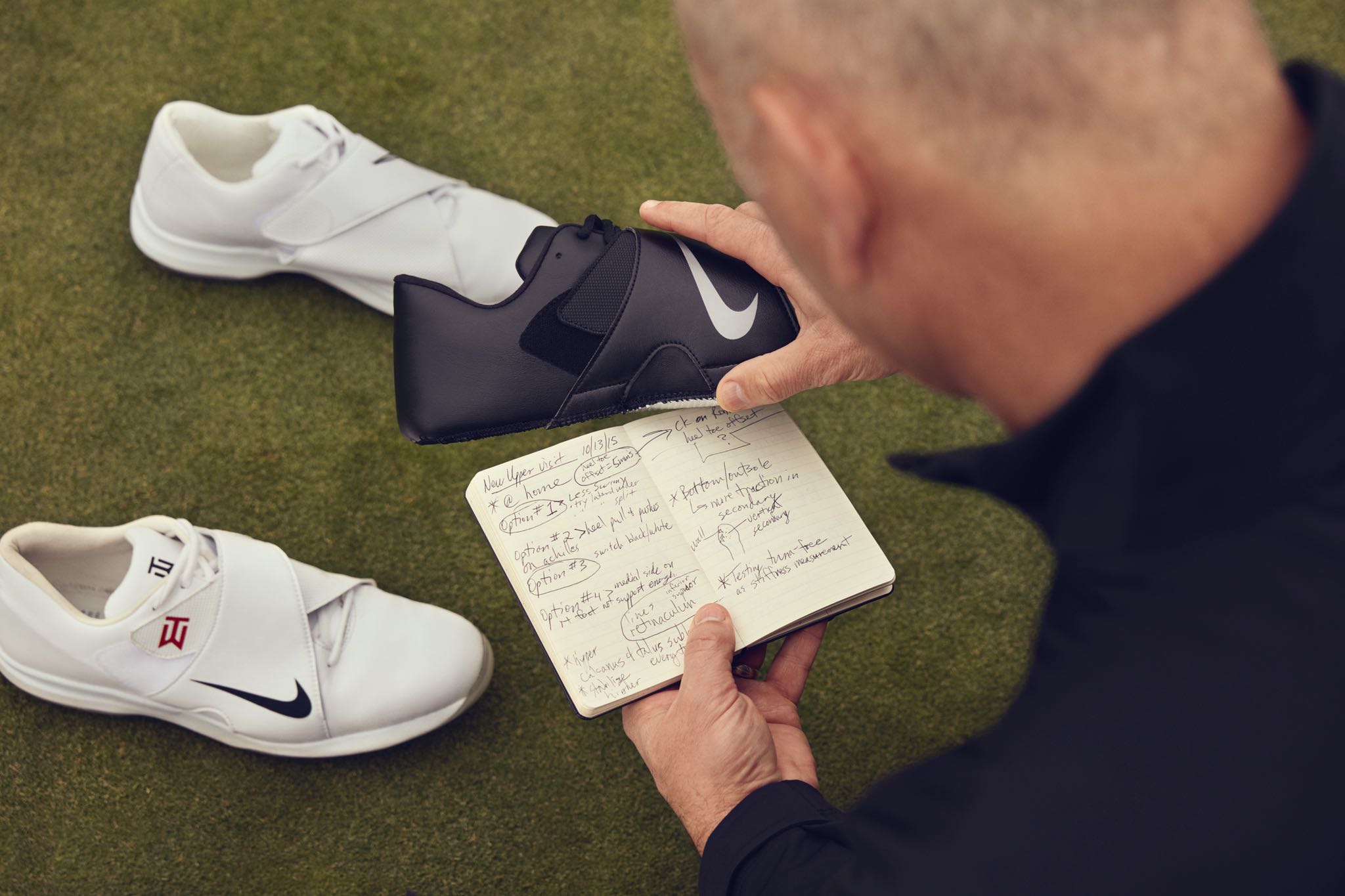 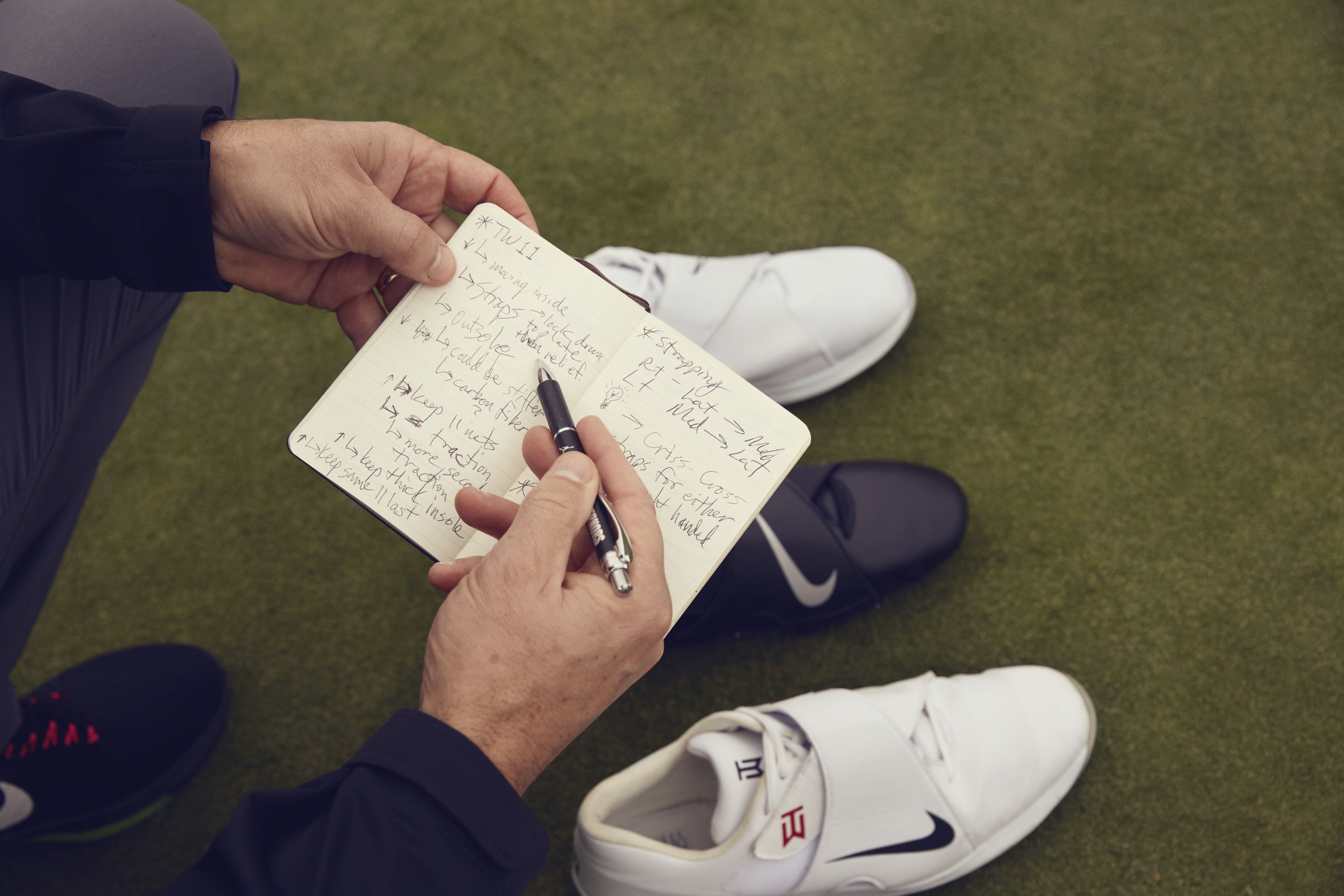 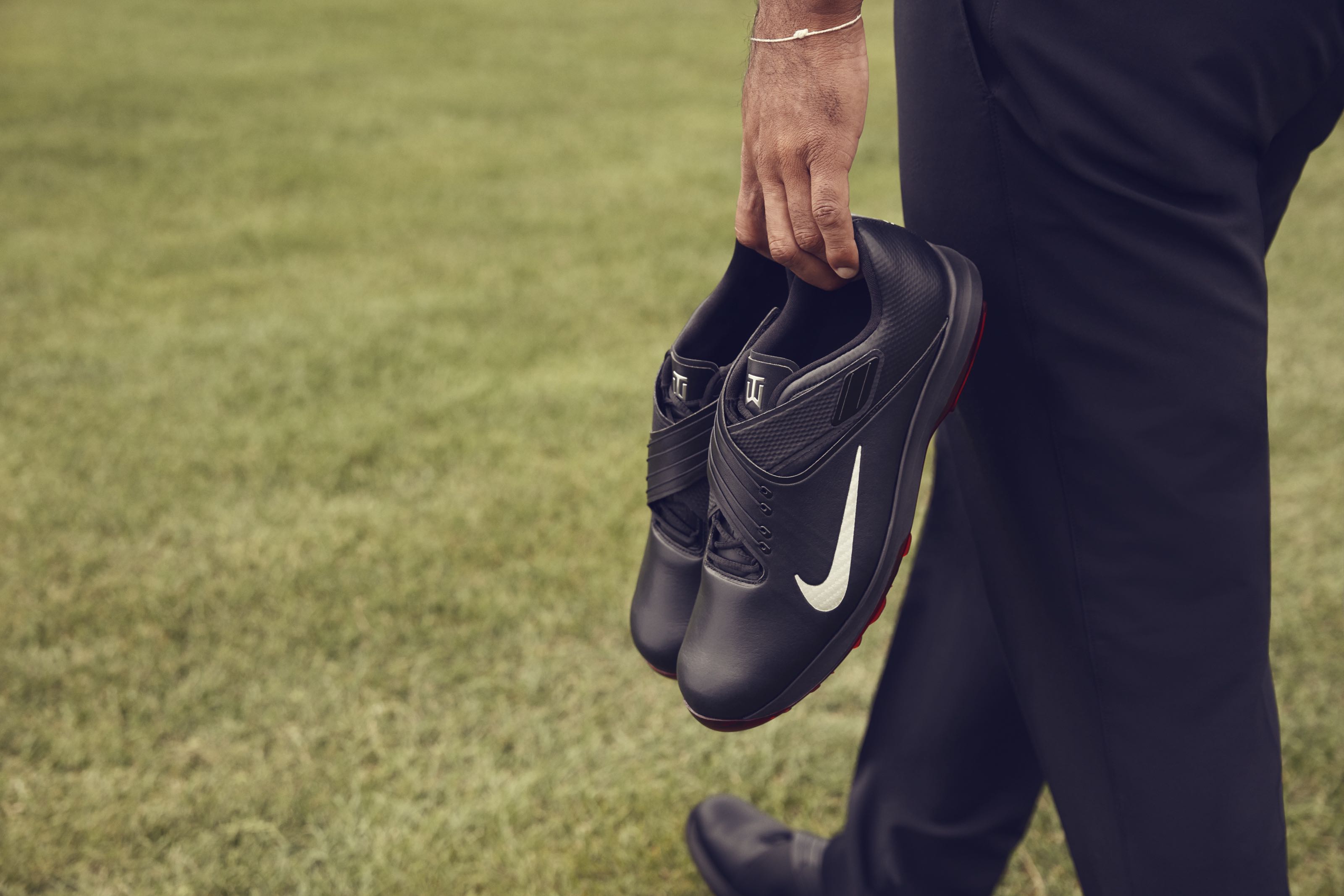