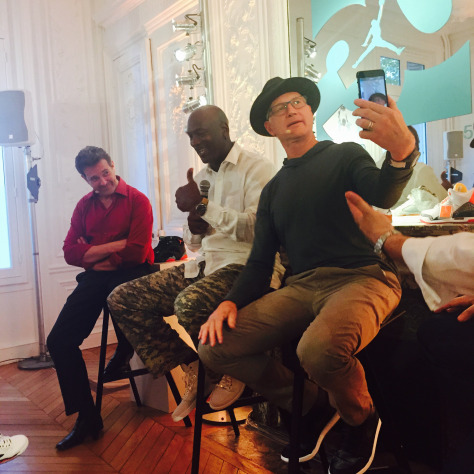 While we still don’t have many details about the Air Jordan 30, Tinker Hatfield almost leaked a detail about the upcoming performance sneaker.

In an interview with blogger Gary Warnett, Tinker Hatfield (alongside fellow designer Mark Smith and the G.O.A.T. himself Michael Jordan) had this exchange with Smith:

TH: (Mark Smith) was just at the factory in Asia to talk to them about spinning the weave stuff to combine it with…

TH: I nearly slipped up there! But it was not going well, so he went to Italy.

So basically, this (sort of) spoiler mentions that the 30 will include an updated woven material that potentially will be made in Italy. You all can speculate on what the extra material will be. While MJ will probably say this otherwise, Jordan did say that the 30 will be “a step up from the 29.”

Definitely check out the interview HERE for some good banter and insights from all three sneaker icons. This includes details on Tinker’s and Michael’s favorite pair of Jordans, one of MJ’s favorite commercial, and Michael’s thoughts on sneaker nicknames (specifically the ‘Bred’ moniker that sneakerheads have coined.)