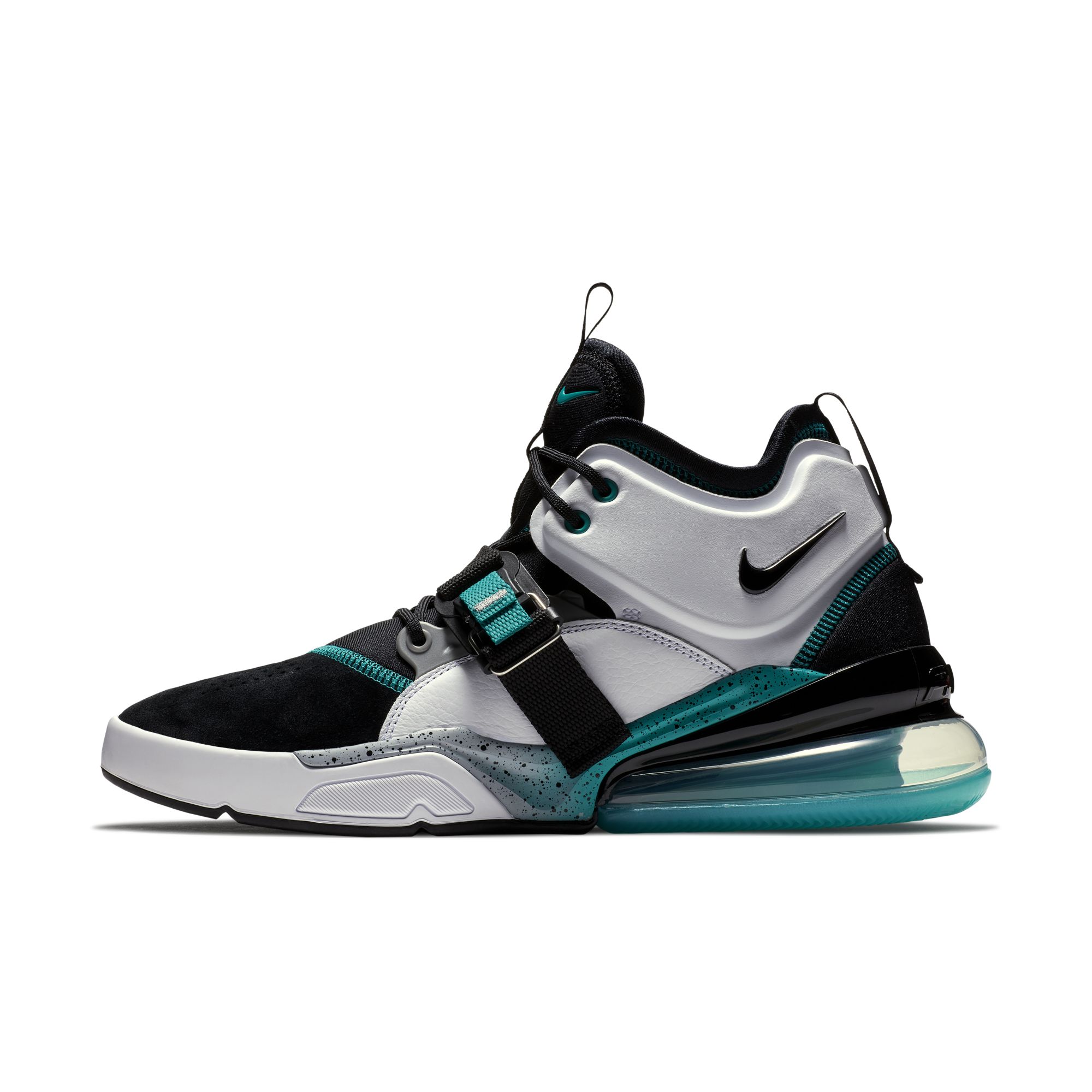 Just in time for summer, Nike is bringing out bold colorways on all kinds of new models, like the Air Force 270.

With black, white, grey, and jade teal hues, this Nike Air Force 270 is officially decked out for summer. While there’s nothing official stated, this shoe certainly reminds some of the WearTesters staffers of the classic Nike Air Command Force, which received a similar colorway upon its 2015 retro.

A black neoprene upper is surrounded by grey overlays and straps while a fresh white midsole contrasts with the black upper, and jade teal hits at the Air unit in the heel. A couple small details are also seen in jade teal such as stitching, Swoosh logo on the tongue, eyestays, heel tab, and part of the straps. Perhaps the best detail, yet ever so minor, is the gradient cement print along the midsole, which transitions from grey in the forefoot to the jade teal shade of the Air unit in the heel. 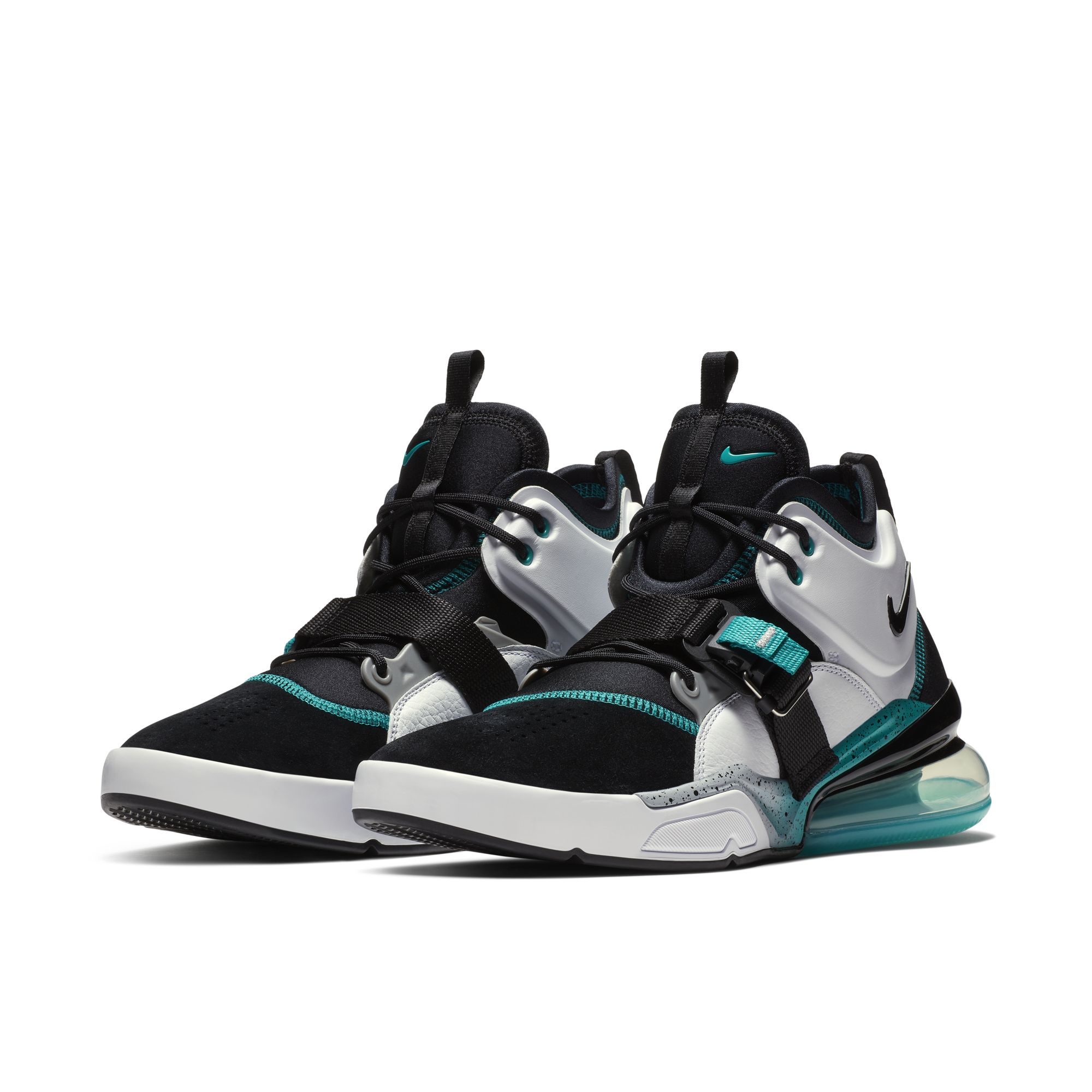 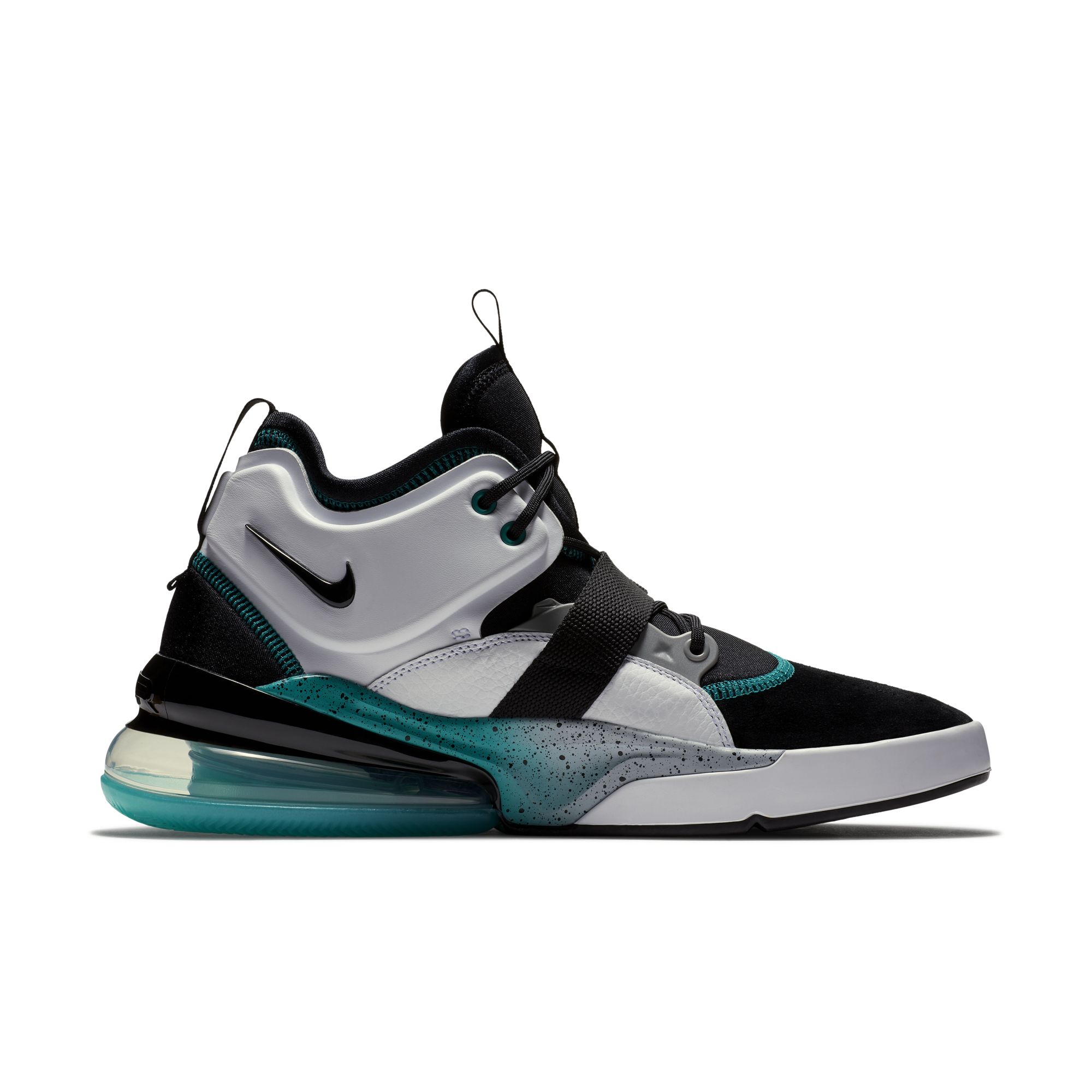 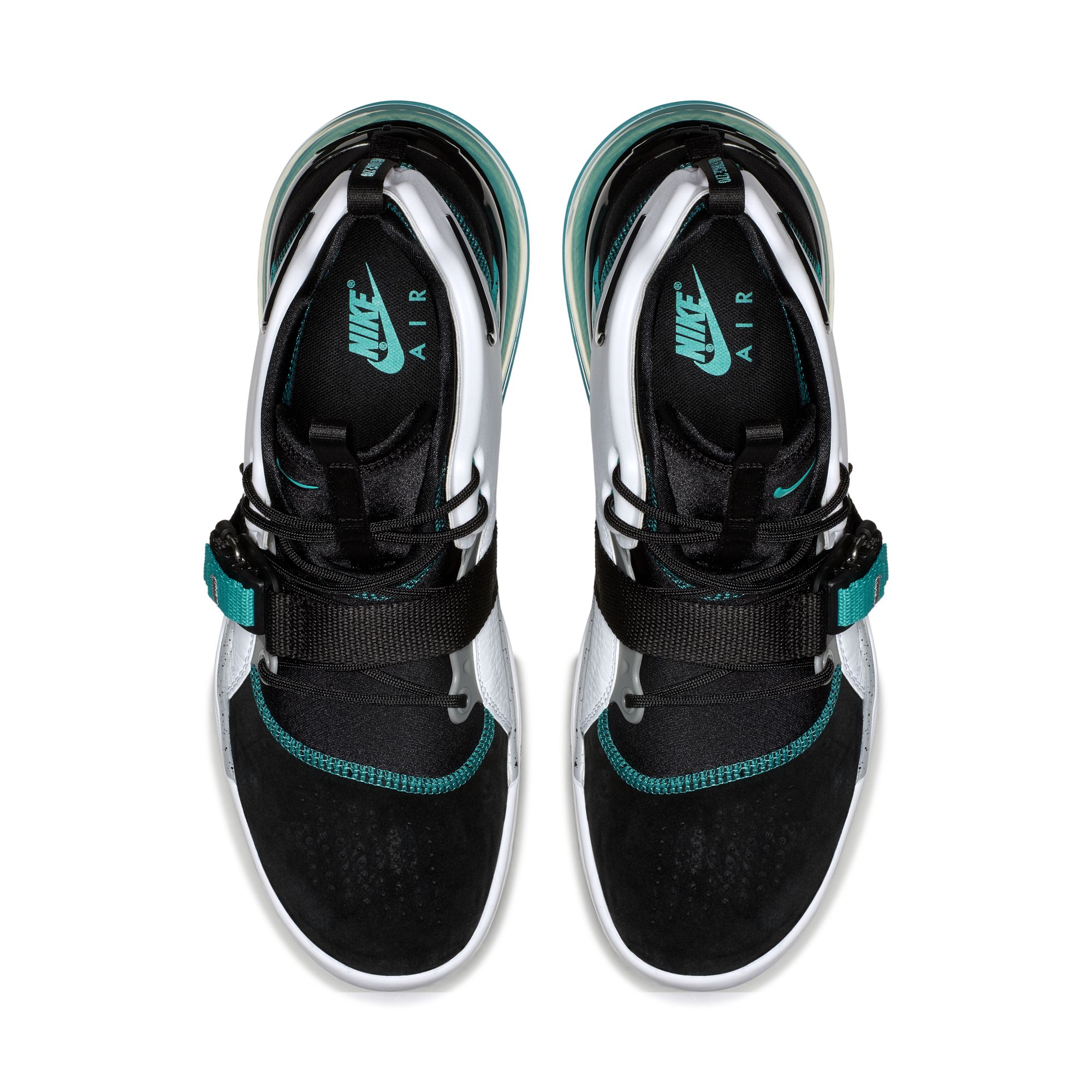 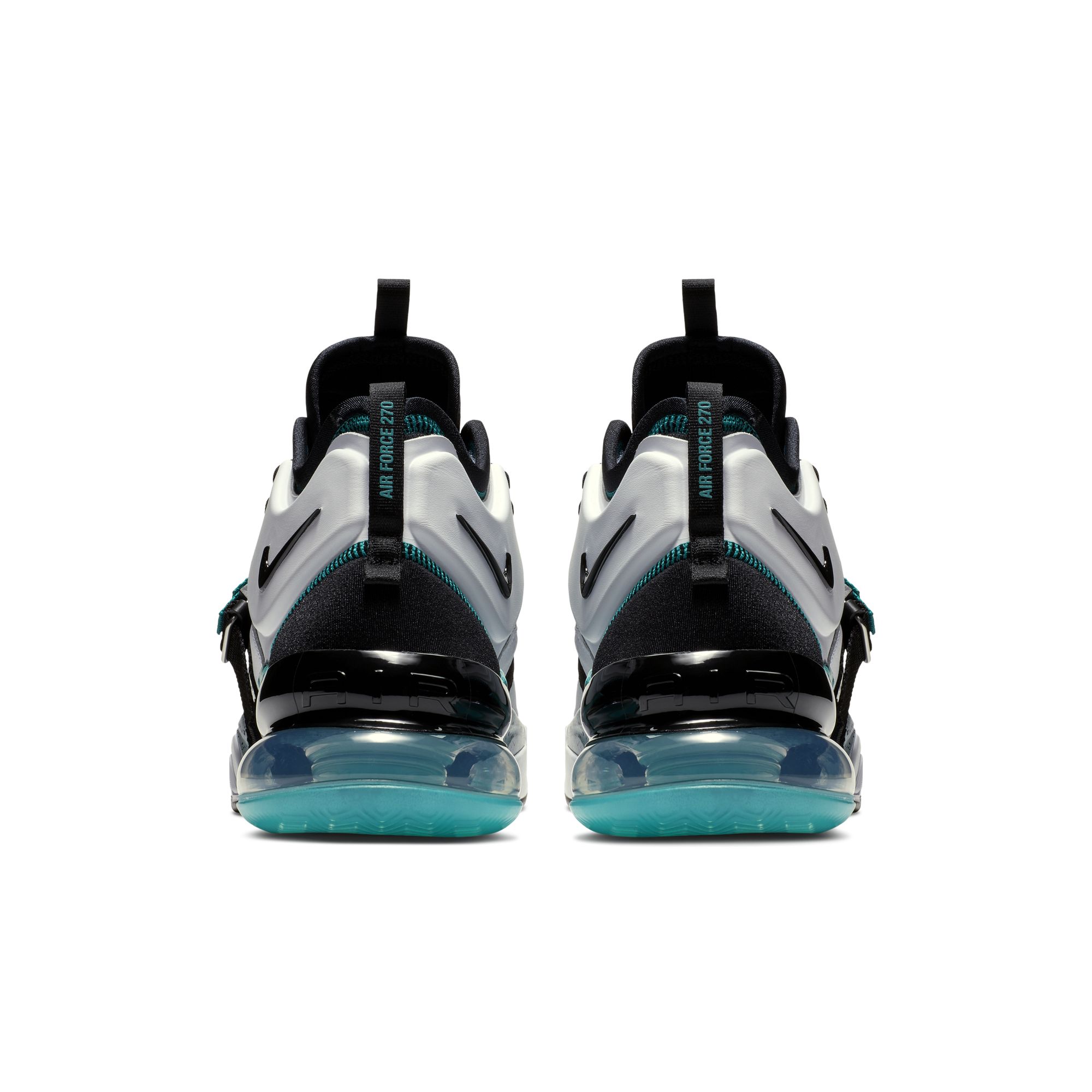 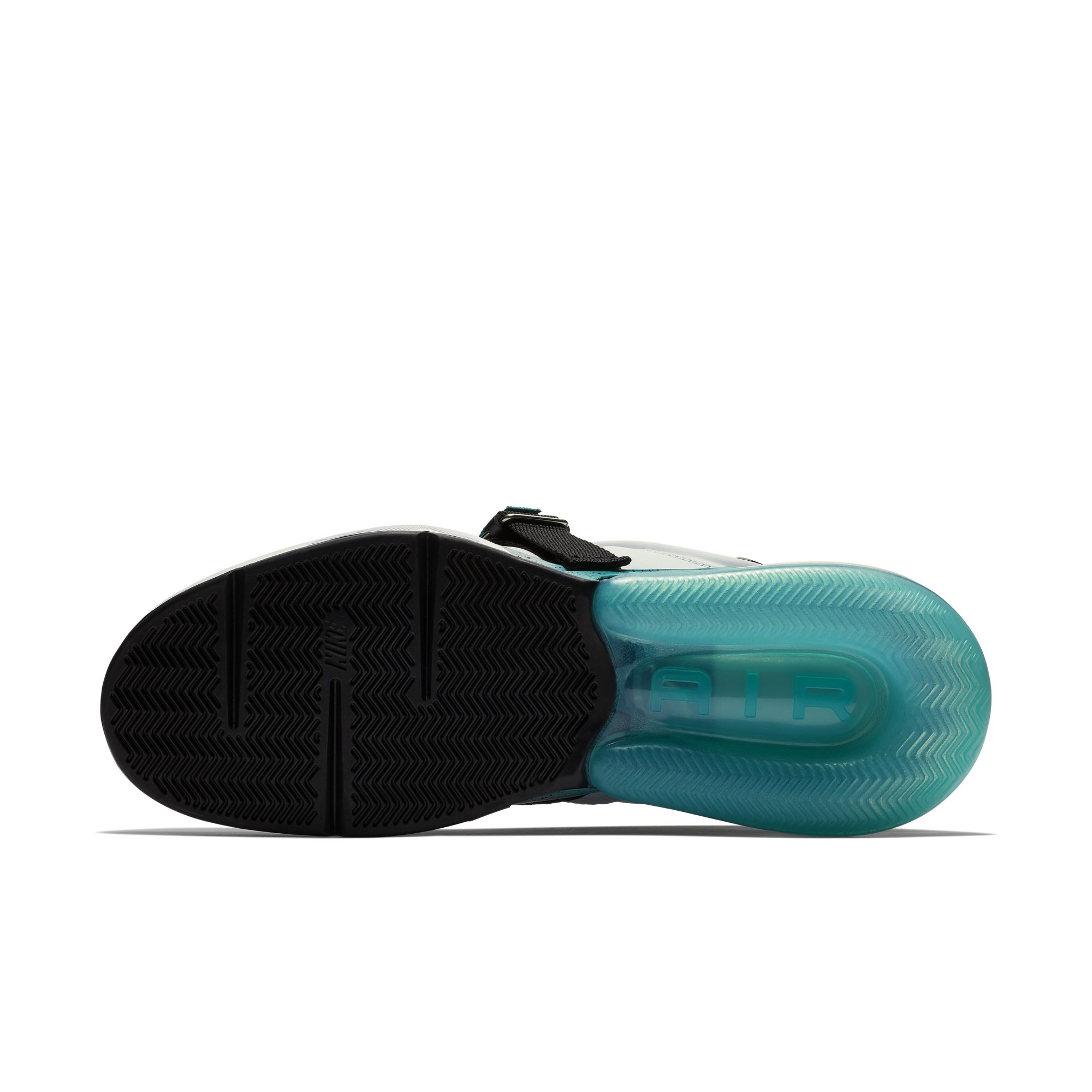