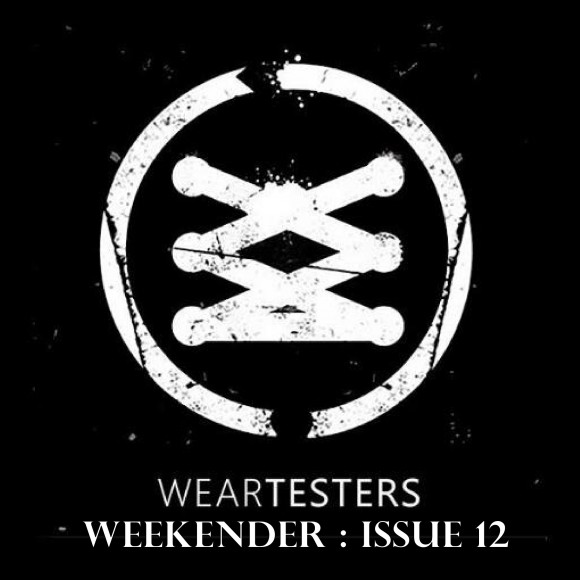 If you’re reading this it’s too late, some 20 year old college kid just made history with a game winning buzzer beater while you looked away. The way things have been going in this year’s NCAA Tournament, I could very well be right about that. However, I hope you’re checking out this week’s WearTesters Weekender in your down time, and I hope you enjoy the Sneaker & Storylines I’ve put together for you.

As always, the world turns their attention almost exclusively to college basketball during the month of March. Productivity dips in the workplace and at school, tablets are fired up with the March Madness App in any location, and gyms are filled with inspiration and that one guy that keeps trying to pull from 40ft because he thinks he’s Jimmer all of a sudden.

Well, here we are again and no matter what you say in favor or against college basketball, no one can deny the power of the storylines. Let’s take a look at some of the storylines and the sneakers from the round of 64. 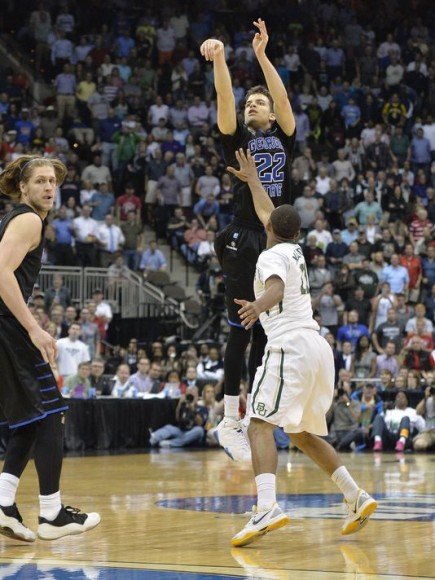 R.J. Hunter, the mercurial scorer lead 14 seed Georgia St. into the 3rd Round (just doesn’t sound right anymore) with his late game heroics. He cemented his place in history while wearing the remastered French Blue 7’s. Meanwhile, his coach, who also happens to be his father, tore his achilles tendon while celebrating their tournament birth earlier in the week….so expect him to be wearing the Kobe IX’s at some point. In all seriousness, if you haven’t seen this shot and his father’s euphoric celebration 25 times on Sportscenter already, have a look at it here: 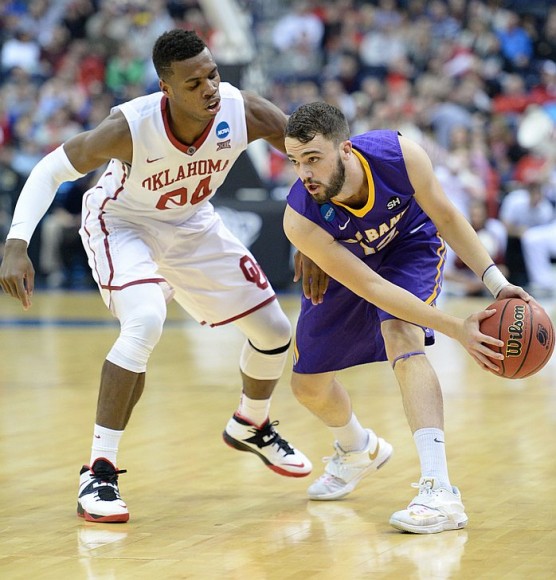 (photo from The Gazette)

Then, there is the incredible story of Peter Hooley, the Australian guard playing for the University at Albany. In late January, he lost his mother to cancer on January 30th this year. He spent a month at home in Australia, away from his team, before returning stateside to come off the bench for the remainder of the season. He is a great player with an incredible story that could easily bring you to tears. Also, it is worth noting that he wore the KD VII Aunt Pearls as a reference to his mother, his guardian angel, being with him throughout the game. I think there is definitely a niche for this specific KD model in the eyes of players, I don’t think this is the last time we’ll see someone wear a pair following the loss of a loved one. Though Oklahoma ended UAlbany’s inspired run to the tourney, his shot to secure their automatic bid will never be forgotten. Read this article and then watch the video and try to tell me there are no basketball Gods: 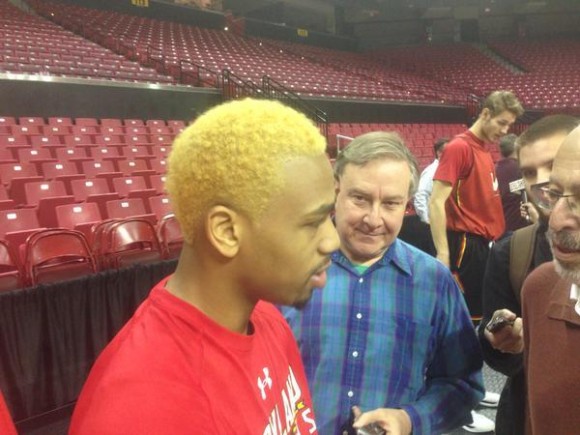 Next there is the Maryland Terrapins and the stories associated with their first trip to the tourney in 5 years. Right out of the tunnel, the first thing you notice is the bleach blonde hair of Maryland Senior guard Richaud Pack. Whether you followed them closely or just tuned in for the tourney, his appearance grabbed your attention. Did you know there was a good reason behind his unexpected change of appearance? His Aunt, whom he is very close with, passed away a little over a week ago. Her nickname was “Blondie” for her hair color throughout her life and Richaud and his entire family died their hair blonde in her honor. It’s a touching tribute that undoubtedly added some emotion to this game. As to their sneakers, Maryland is always fitted with the latest and greatest Under Armour gear. This March, they have gone away from their usual Maryland Pride colorways and opted for the ‘Awards Season’ Clutchfit Drive. They stand out on TV with their shimmering gold heel counters and slightly reflective gradient uppers. It’s always interesting to see who opts for the lows and who doesn’t as well.

As if the Terps didn’t give ESPN enough to talk about, up 3 with 13.7 seconds left on the clock, Coach Mark Turgeon put Senior walk-on/ defensive specialist Varun Ram in the game for their last stand on defense. He hadn’t played a second the entire game, but he made the defensive play that secured the game and saved the Terp’s season. This is a classic college basketball feel good story and happens to involve a very intelligent, hard working player. I highly suggest you read this article, I know I got a kick out of the quotes, the tweets, and the stories associated with Varun’s story: Read HERE

In other eye catching news for the tournament, UAB wore mismatching Nike’s in their upset win over 3 seed Iowa State. This wasn’t just a tribute to T-Mac at the All-star game, this move was to raise awareness for pediatric cancer. Specifically, for the Alabama Center for Childhood Cancer and Blood Disorders at Children’s of Alabama. UAB “adopted” a pediatric cancer patient named Elijah Serritt two years ago, and they became involved with 19-month-old’s battle with medulloblastoma. In the words of their coach Jerod Haase, “I think if you’re a basketball program and your sole purpose is just to win games, you’re running a poor program. I think our guys are really bought in.” This is yet another reminder that it’s about more than just a game. The tournament has stories, good causes, and feel good moments like these at every turn it seems. Thankfully, we get to sit back and enjoy them unfold for a month. 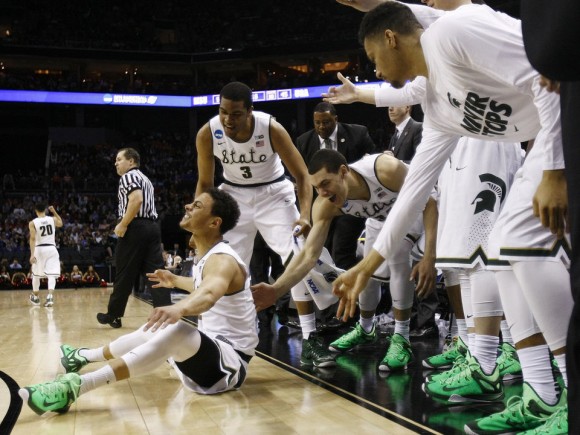 Every year in college basketball, I like to see what sneakers the players choose throughout the year. Whether teams are sponsored by Nike, adidas, or Under Armour, the players generally get to take their pick of team models with team colorways. I’m always interested in what they chose to wear on court when given that choice. Something I have noticed this year in the tournament is the Nike Zoom Hyperrev 2015, everywhere. Maybe it is just me, but it seems that if a team is sponsored by Nike, 8 of their 10 guys that play will be wearing the Hyperrev. Interestingly enough, the other guys seem to be wearing the Zoom Run the One most of the time. It hasn’t mattered in regards to size or position, it just seems pretty clear that these guys are loving this shoe in particular. Where adidas teams see a good mix of the DRose V, Crazy Light Boost, and the Rose 773 III and Under Armour teams are all in the Clutchfit Drive or the Curry One as expected, the Nike sponsored teams clearly gravitate towards the same model.

So, what’s your favorite storyline out of these or perhaps others you’ve seen or heard? How about sneakers, why do we see so many low-tops out there now? What team had the best set of sneakers? Let us know!

In Case You Missed Them 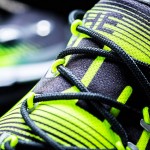 I would gladly spend $110 for the ZPump Fusion, not for its ability as a running performer, but for how great it is wearing casually. 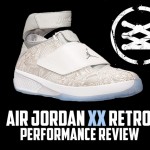 Everything else I thought was first class. If you hoop, want some really comfy cushion, and really great support then grab a pair of Air Jordan XX’s. You won’t be disappointed. 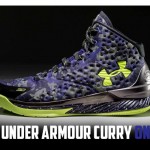 The Curry One was a really good shoe, especially for those who liked to play in the ClutchFit Drive. The cushion and uppers are the only two things that differentiate the two shoes from each other really, and both are very well rounded shoes 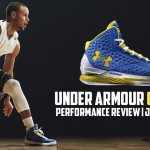 If you are a guard, or prefer a low to the ground responsive ride that doesn’t distract you during use, pick up the Curry 1 as its does a tremendous job of protecting your foot without distraction and letting you do what you do best, perform. 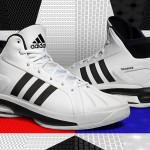 If you just need a shoe for the weekend family game or to drill in, you will be good here. If you are looking for close fit, great response, and killer cushioning, keep looking. 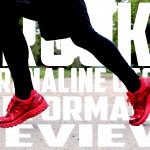 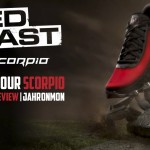 That’s all for this week’s WearTesters Weekender, be sure to check out next week’s Issue because I have something interesting cooking that you won’t want to miss. Until then, be sure to respond to the sneakers, storylines, and questions in the comments below!