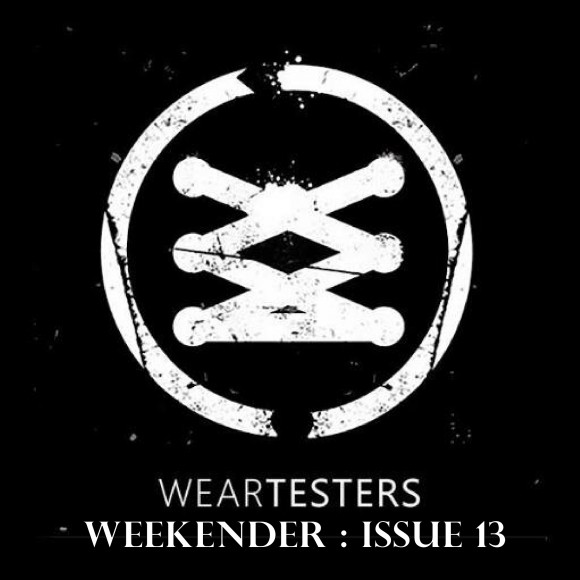 We are back with Issue 13 of the WearTesters Weekender, if this is the first time you are giving this segment a look, be sure to sit down with a cup of coffee and check out previous week’s articles after you read this! We hope you enjoy this week’s content and we hope you share your thoughts in the comments below!

Sneaker photos on Instagam, high-res ones in particular: How do we feel about them? Are too many of them the same photo? Do people even want to see them when we so often see the same joggers, sneakers, puddles, and angles? What’s your take on sneaker photography? It is clearly a huge part of the community, marketing, and the content that blogs put forth. Let’s hear it from the WearTesters team.

I don’t mind the images, personally. Its like anything on the internet… its 100% your decision to pay attention to it. I do admit that some of the images are corny, others have me wondering why people have so much time on their hands to sit there and photograph the hell out of something when they aren’t being paid. But the same exact thing can be said about myself and my videos… its just something I like to do, and maybe taking pictures of sneakers is their thing.

So yeah… I don’t mind it. If they have fun, aren’t hurting anyone… then go for it.

Confession: I take “what did you wear today” pics on Instagram. I try to stay away from the corny variety, like having a rubber duck behind Oregon PEs, but I do enjoy taking a quick shot of what I’m wearing.

While a lot of people do the same thing, I take pride in looking for unique backgrounds and angles to keep my sneaker pics looking different.

The funny thing is; any time I post a non-sneaker pic on Instagram, I get 50% less likes and get a few unfollowers. While that doesn’t deter me from snapping a delicious sushi pic, it does show that there are people who still enjoy the on-feet pics.

My thing with the some of the super hi res sneaker photos accounts is that they always come up on my discover page. They’re always the same kicks, the same type of photos, and super hi res photos don’t actually look like real life. I just think it’s a bit like youtube–way oversaturated. And I 100% agree with Chris, if they’re not hurting anyone they should be doing whatever makes them happy! Additionally, like anything on the Internet, if you don’t like it you can ignore it completely. Whenever I can find an hour or two in my schedule, I enjoy taking photos of my kicks but they’re usually models that nobody is taking photos of every damn Saturday. When taking “beauty shots” of some pairs there were often details I had never seen until spending 30-40 minutes with them. And when you think about it, there are people who take photos of cars, food, etc., so why not shoes? The same problems remain though, oversaturation and unoriginality.

Rare_footage, crpurz, are the kinds of hi res photos I’m talking about.

If anything, I feel like the Hi-Res sneaker photos on instagram help the community. Sure it’s the same angle, kicks, and pair of joggers, but how many different angles can you take of sneakers? People love to show off their collection, and if hi-res photos are the way they do it, let them be. With that being said, the puddle photos have to stop. Use the ocean, a lake, or even a pond, but not a lowly puddle.

Here’s my take, being the Scott Summers of the group. Not only will I talk hi-res photos, but all social media. I LOVE to see shots of the shoes, especially the hi-res, in all forms. As close to lifelike as possible, but also with different exposures – that just brings different details out that you may not notice otherwise. I wish my pics were better – it would make the reviews better, in my opinion.

But the reason I am going in on social media and I brought up the “mature” angle – it ruins releases for me. For one, back in the “old days” before Facebook/Twitter/IG, there was something magical about going to the mall and seeing the shoes for the first time sitting on the shelf displays. Oh, sure, you might have seen them in a Sports Illustrated ad, and later Slam magazine, but for the most part it was a surprise every time I walked into Foot Locker or Foot Action. I remember watching college ball on TV on Saturday afternoons and then directly to see if the new Flights or Forces were out in THAT color way, whether it was Georgetown or Duke or Cuse, or Arizona. It was like Christmas every week. Now, there is no surprise – we all know months in advance all the tech features, colorways, release dates, and future drops. I like being shocked when I find that something no one else knew about.

Also, “back then”, you bought your shoes and wore them out of the store. To show off, you HAD to wear them – to the mall, courts, weekends – wherever. Show up to the gym as a kid and everyone there knew you had new kicks and were checking them close. Stopping people in the mall and asking about what people are wearing and where they got them (and not being told because we wanted to be unique). I miss those days.

And lastly, when I started doing reviews and getting “seeded” pairs for reviews, I thought I was special. I had the basketball departments of all the major brands on speed dial/text, asking questions, responses, one on ones, and I was ROLLING in shoes. Now, with the prominence of IG/Twitter pics and followers, I realize I was never THAT special – there was a whole world of “influencers” out there, and we all got the same things. I liked being special. Of course, my wife still says I am, but I think I know what she means.

I think good points have been made across the board. I wholeheartedly agree with Jarron about the use of puddles, with Bryan about the lack of surprise and anticipation with leaked photos and rumors months in advance, and with Noah in regards to an oversaturation of the same thing. I love it when people share pictures of their collections, obscure sneakers on feet, and anytime someone is getting some run in any pair of shoes in any sport. I think many sneaker enthusiasts also enjoy photography and see sneaker photos as a great way to combine their hobbies. We just happen to see it so often because of social media, and because we continue to follow more and more fellow enthusiasts. We see what they like, what they retweet, and what they post and it makes it feel like there is a lot of repetition, when in reality there is more likely a lot of variety.

As to the high-res photos, I don’t have much of an opinion because I honestly can’t say that I have seen them much. Perhaps they are a distortion of reality, but they must look good to someone out there with all those likes! The only thing that gets me is when a release gets hyped up with killer photos with too much help from lighting, and other factors; then when we see them in person: trash. I know companies do that across all platforms of marketing for any consumer product, but it never feels good to be disappointed by a shoe in person. 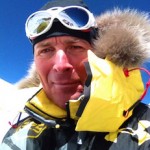 Interview with a Hero at Under Armour: Nick Cienski – by Noah Goldowitz

We discussed the genesis of this expedition, wear testing the high altitude gear Nick designed, and what it’s like to be a high altitude mountaineer. Take five minutes to hear amazing stories from a truly inspirational person. Everyone must read what Nick has to say. 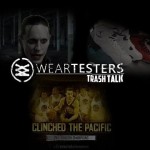 Welcome to WearTesters Trash Talk #3. Today we talk about Jared Leto’s potential Joker Voice, Who Can Beat The Warriors in the Playoffs & Are Remastered Air Jordan’s Worth It. 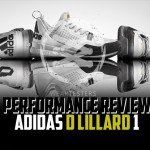 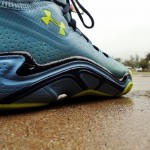 Yeah, this shoe is that good. Fit, cushioning, traction, support – if you want all of these in a relatively cheap package (compared to signature shoes) look no further. The Micro G Pro is all of that. 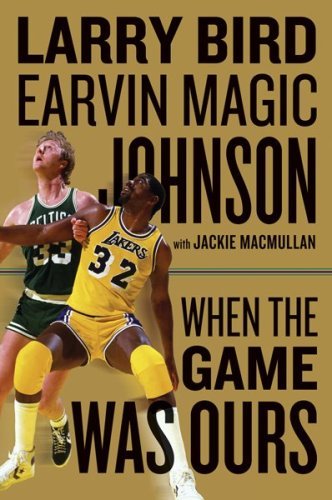 Whether you’re young or old, this is a must read for basketball fans. These two played out incredible careers on opposite sides of the country during a golden era in the NBA. Their stories and their insights are fantastic. You can pick it up on Amazon here, and if you don’t want to hear it from me, read Bill Walton’s review below:

Larry Bird and Magic Johnson are transcendent, iconic and timeless standard bearers of excellence who changed “The Game” forever, always bringing out the best in each other and never failing to put a smile on all our faces.

I was one of the lucky ones. I had the incredible good fortune to have witnessed firsthand the Bird/Magic rivalry. It was an intense and constant thing for us all. But even I didn’t realize how powerful their connection was until I read When the Game Was Ours, a riveting and page-turning masterpiece that could only be written with the help of someone like Jackie MacMullan, who was there every step of the way and who sensed there was a whole lot more to their story than what happened on the court or got played over and over again on the highlight reels. In this book, Larry and Magic tell stories like they never have before. I was enthralled, page after page. Theirs was a unique relationship. They were polar opposites, but in ways few of us realized they were very much the same. They both wanted the same thing, day in and day out–to win. And did they know how to win.

When the Game Was Ours perfectly captures the defining moments of their lives from the very beginning of their fiercest of rivalries through their constantly evolving historical relationship and friendship right up to the present. This epic tome is the capstone of their landmark careers. It is also so much more than anyone could ever dream for. When the Game Was Ours brilliantly explains why “The Game” will always belong to Larry and Magic.–Bill Walton

Thanks for reading Issue 13 of the WearTesters Weekender! As always, thank you for your support. We hope you enjoy the unique content and discussion each week and encourage you to join the conversation in the comments below.