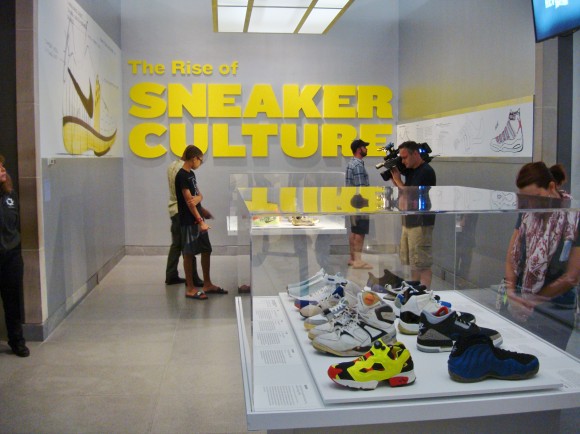 Yesterday, WearTesters was covering the opening day of The Rise of Sneaker Culture exhibit live from the Brooklyn Museum. The exhibit showcased the growth in popularity of sneakers and how they have deeply permeated our culture. It focused mostly on the U.S. and it was amazing that shoes from the 1860s and 1890s were featured.

All kinds of races, creeds, and ages were in attendance. Stan (NYJumpman23, writer for SneakerHistory) and I spoke to all kinds of people for over two hours–we were also interviewed a couple times. It was fascinating to see how many different people were there. We spoke to tons of young kids that were there for school field trips–they wore mostly Nike and Jordan. I spoke to some elderly folks that could not believe that sneakers are so popular today. They reminisced on the 40s and 50s when they wore Keds. However, the mid-50s brought about the Beatniks who didn’t much care for sneakers. We spoke with parents who brought their sneakerhead teenagers to the exhibit; they reeled from how much their sons and daughters knew about sneakers (some of which Stan and I tried to politely correct).

However, what I found most impressive (and surprising) was that the large majority of people in attendance were not “sneakerheads” or sneaker enthusiasts. They were normal people, wearing New Balance or Skechers or Keens, that were simply drawn in by the form, color, and artistry that went into many of the sneakers displayed. Sneakers touch almost everyone, whether we know it or not.

While I thought some sneakers important to sneaker history were omitted from the exhibit (the Reebok Question, Nike Tech Challenge, there was not one pair of Etonics in the exhibit–a grave overlook in my opinion), sneaker enthusiasts are not the target audience of this exhibit. Space in the hall was given to a lot of very hyped and coveted sneakers like the Yeezy 750 Boost, Supreme Dunks, Pigeon Dunks, Y-3 stuff, etc. That doesn’t mean sneaker enthusiasts can’t get anything out of this exhibit, they can, but the exhibit is more of a look at how sneaker culture has progressed and grown, with a focus on Jordan and his effect.

I have included a huge gallery of images from the exhibit but I could not include everything. I have also included the images in the sequence that the exhibit was presented. The Rise of Sneaker Culture exhibit is open at the Brooklyn Museum until early October. Share your thoughts in the comments below and let me know if you plan on check out the exhibit. 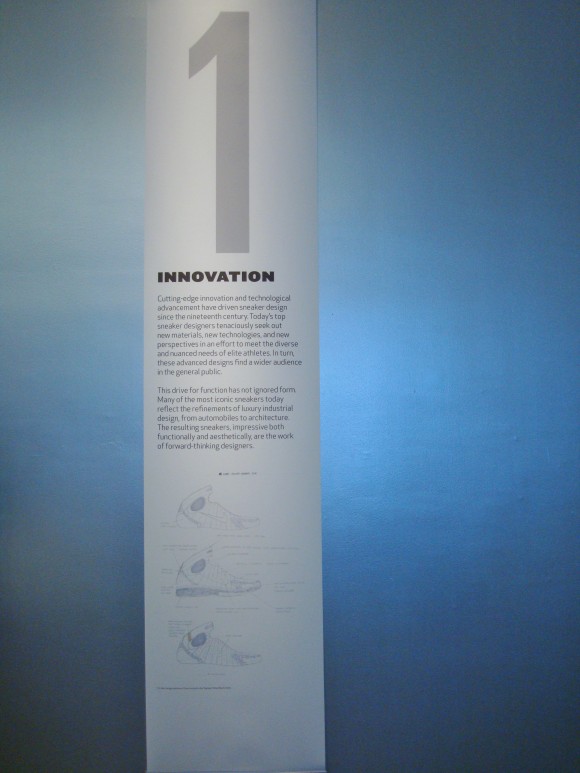 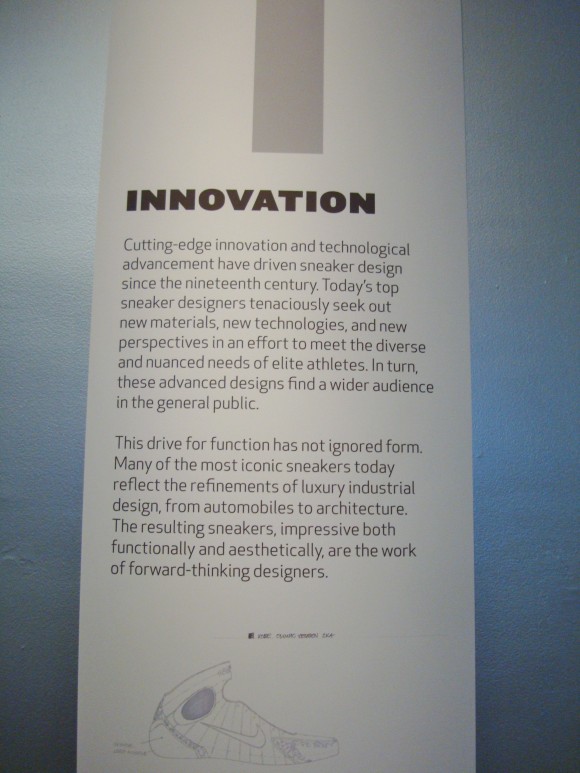 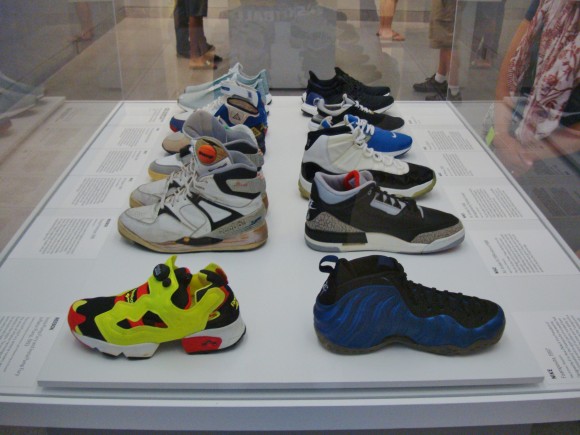 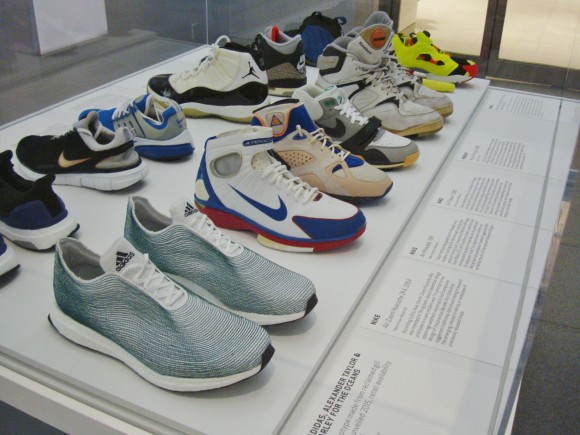 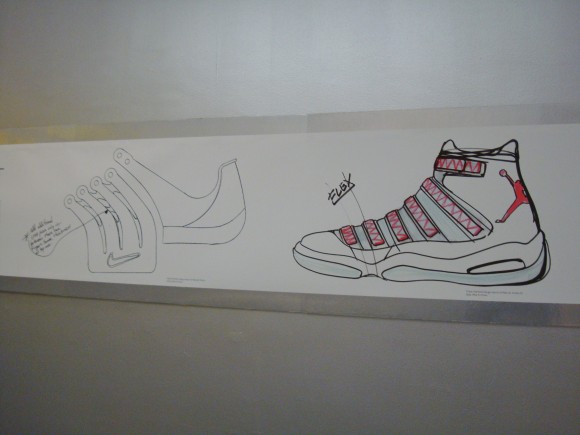 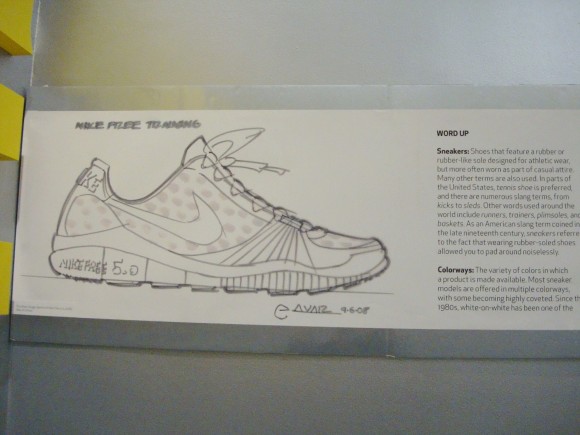 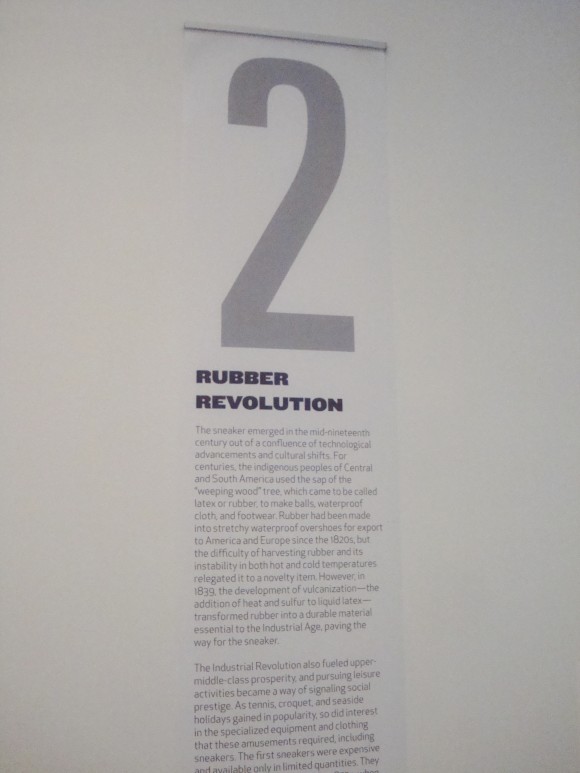 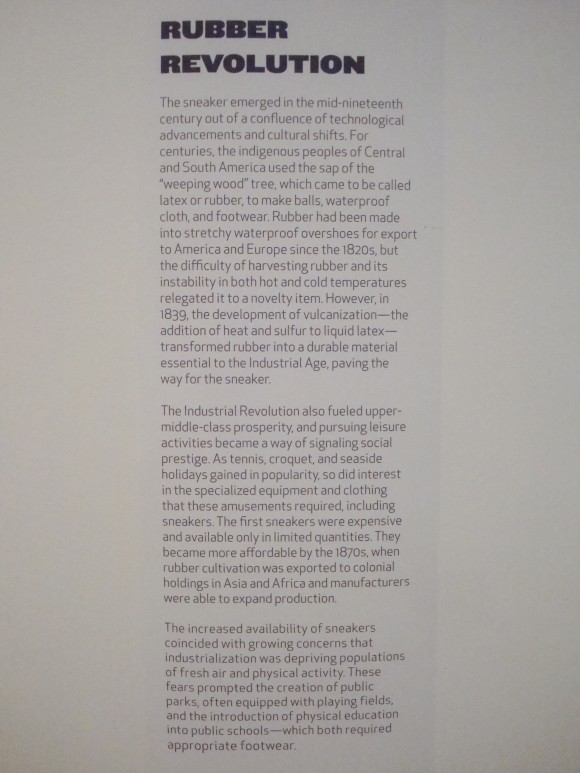