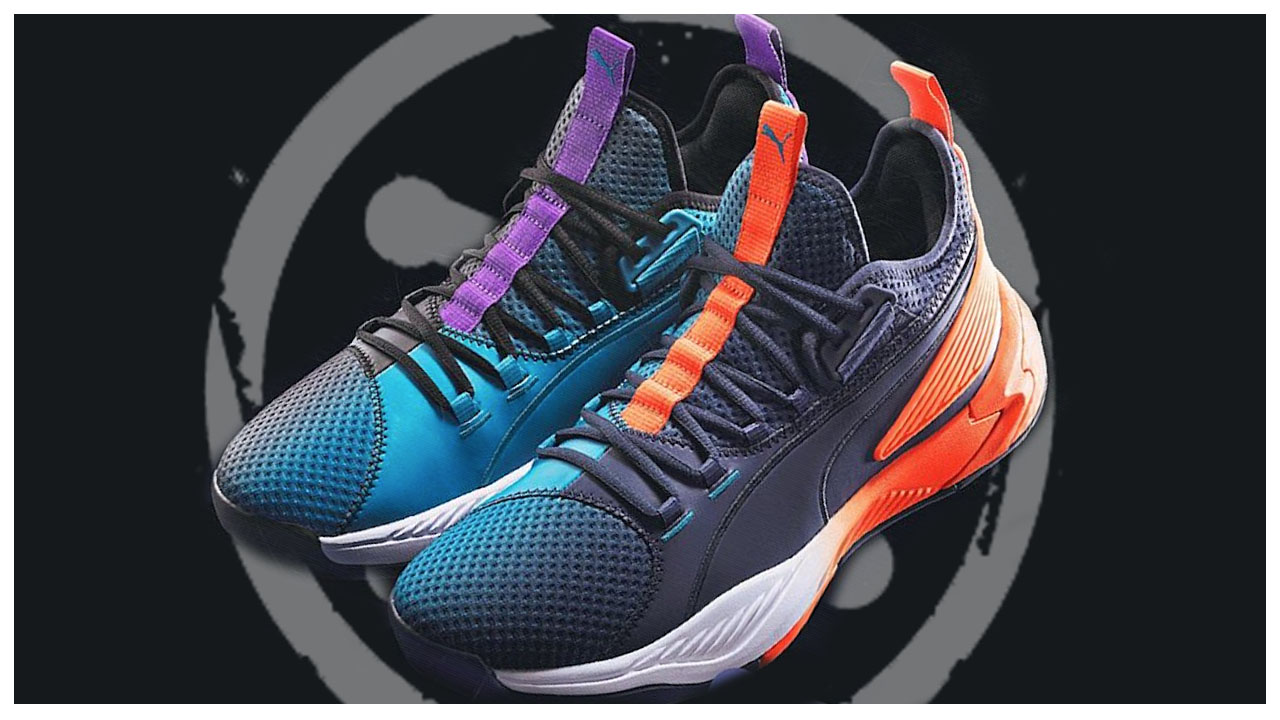 The Puma Uproar launch colorway will pay homage to the Queen City for NBA All-Star Weekend 2019.

Last night on Instagram Live, Puma Hoops again allowed DeMarcus Cousins to give us a first look at the upcoming Puma Uproar silhouette, and today the brand gives us our best look yet of the ‘Charlotte’ colorway releasing February 16.

In a slightly different build than what Cousins debuted in warmups a few nights ago, this pair features a mesh and textile upper with horizontal gradient shades of blue. The right shoe features purple accents on the pull tabs, heel counter, and midsole gradient and more while the left shoe does the same with orange accents in place of purple. From what we’ve been told, this colorway embraces the transitions of Charlotte Basketball. From the Hornets to the Bobcats and back again, this shoe is celebration of the Charlotte basketball coming full circle.

The Puma Uproar will release in this debut Charlotte colorway on February 16 for $130.

We’d like to know what you think about the Puma Uproar now, given this new look at colorway unveiled. Are you even more excited now or disappointed based on this new image? Share your thoughts below in the comments and stay tuned for updates as we will be sure to let you know as more information comes in on the Puma Uproar.