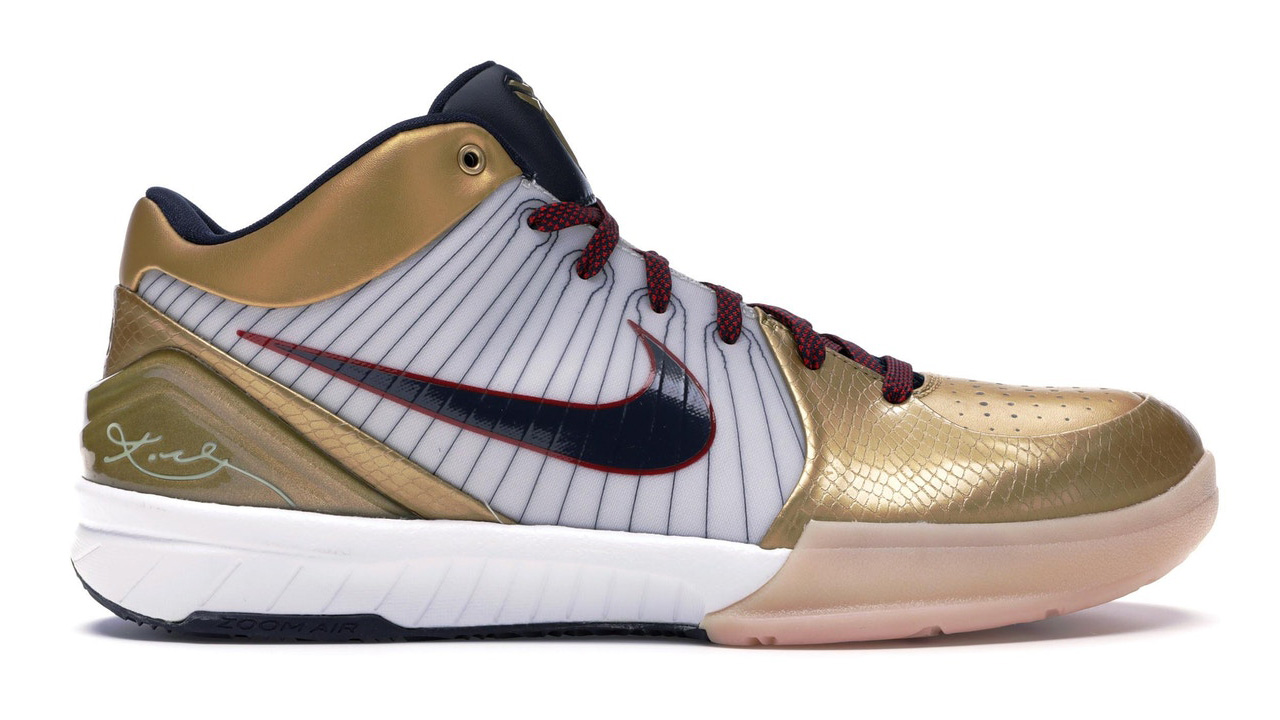 The Nike Kobe 4 ‘Gold Medal’ is rumored to be releasing in summer 2019.

Instagram user KB824 has claimed that the Nike Kobe 4 ‘Gold Medal’ will release in Protro form in celebration of the 2019 FIBA Basketball World Cup.

If the news is true, this will be the fourth OG colorway of the Kobe 4 to re-release. I’m not sure if this was a fan favorite from the original lineup — I personally don’t remember much buzz surrounding the colorway back in 2009.

With each new launch of the Nike Kobe 4 Protro sitting on shelves, it will be interesting to see if this version will share the same fate. While we didn’t see new colorways of the Nike Kobe 1 Protro release — that wasn’t a collaboration of some kind, it may be time for Nike to think about creating some new looks of the Kobe 4 rather than only re-releasing OG colors. Preferable all-new colorways that aren’t impossible to attain collaborations.

Feel free to share your thoughts on the news and whether or not Nike should consider releasing new colors of the Kobe 4 Protro and stay tuned for updates regarding the release.