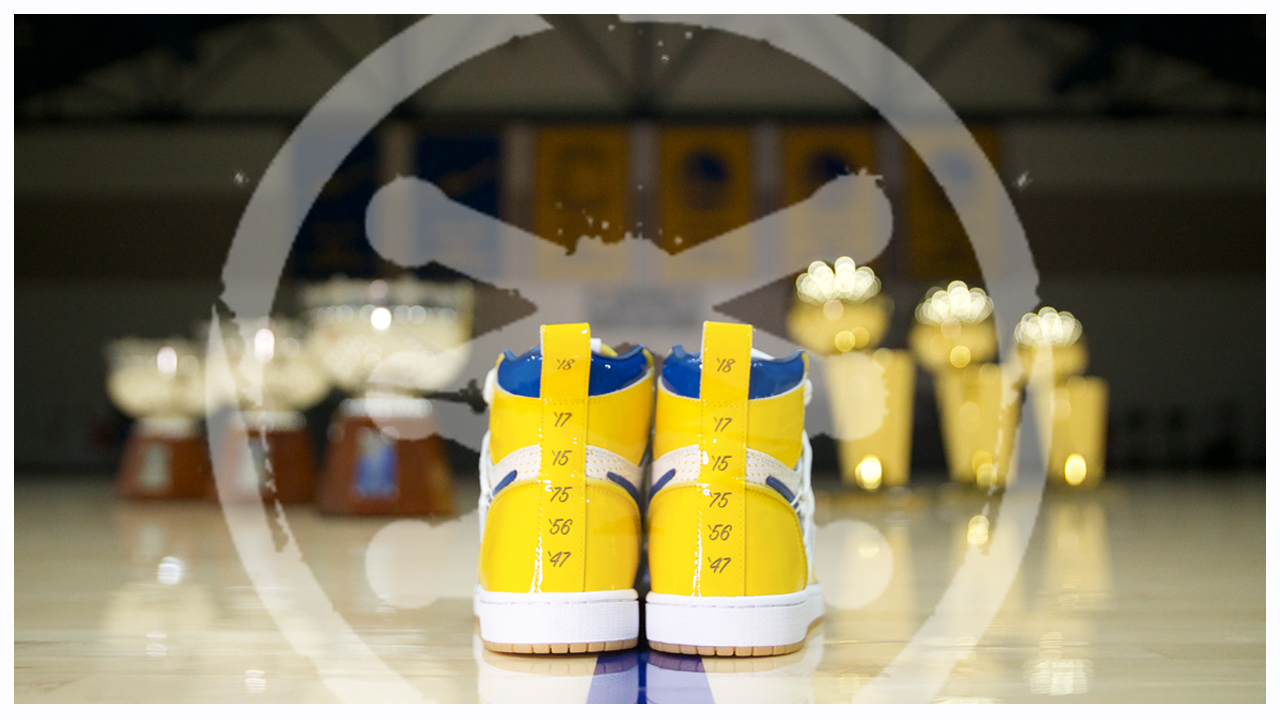 The Golden State Warriors have teamed up with the Shoe Surgeon and Shoe Palace to unveil a custom Air Jordan 1 dubbed ‘Champion Tradition’.

Earlier today in Oakland, CA, the back-to-back NBA Champion Golden State Warriors, in collaboration with Shoe Palace and the Shoe Surgeon, officially unveiled the limited-edition Air Jordan 1 ‘Champion Tradition’ shoe that was created in order to celebrate the team’s six NBA championships at the official launch event tonight at Shoe Palace in Oakland.

This reimagined Air Jordan 1 has been handcrafted by popular designer and artist The Shoe Surgeon and will be raffled off with all proceeds benefiting the Warriors Community Foundation. The raffle, hosted by StockX, will begin on Tuesday, February 26 and will end on Monday, March 4.

During the launch event, Bay Area youth from a variety of Warriors Community Foundation beneficiaries were invited for an exclusive look at the ‘Champion Tradition’ shoes, to take photos with the team’s six NBA championship trophies, and to listen to a panel of guests including Warriors Assistant General Manager and Vice President of GSW Sports Ventures Kirk Lacob; Dominic Ciambrone, also known as the Shoe Surgeon; Shoe Palace owner John Mersho; and Warriors players Jordan Bell, Damian Jones and Alfonzo McKinnie.

Design features of the custom ‘Championship Tradition’ Air Jordan 1 includes a game worn jersey underlay with yellow and royal blue patent leather overlay. The unique lacing system was inspired by the basketball net and even went as far as using actual nets from the Warriors’ practice courts during the most recent championship seasons. Golden State’s motto, “Strength in Numbers”, is prominently displayed in place of the typical Wings logo while the championship dates were laser etched onto a custom heel pull tab. Finishing things off is a gum rubber outsole inspired by the hardwood basketball court and a de-bossed and gold foiled Warriors logo on the tongue tag.

Check out the official images of the Air Jordan 1 ‘Champion Tradition’ provided by Shoe Palace below and share your thoughts on how they turned out. Personally, I think they did a great job. I love all the details, especially the jersey panels. Maybe Jordan Brand should do something like this with those old Chicago Pinstripe uniforms from the 90’s. 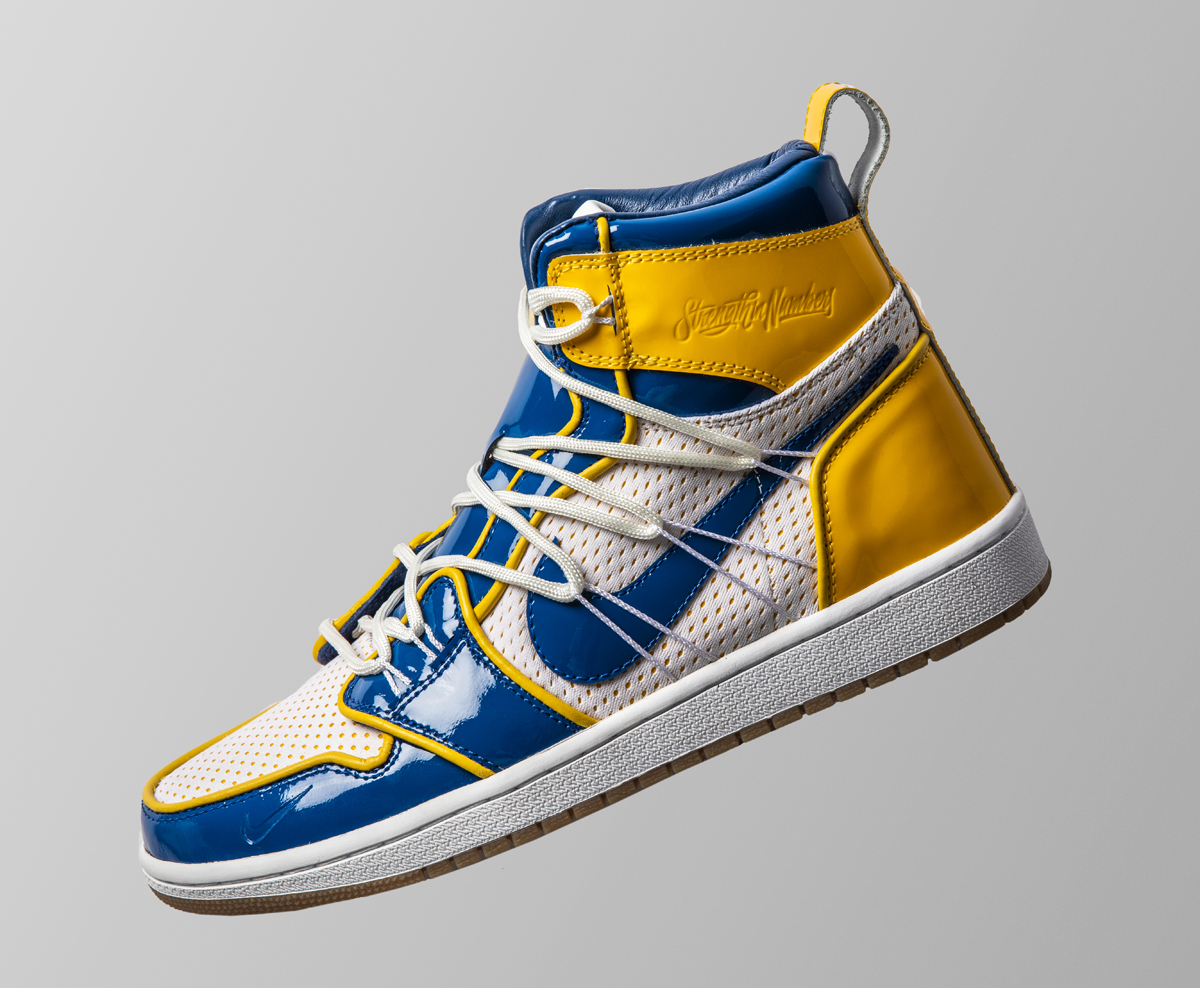 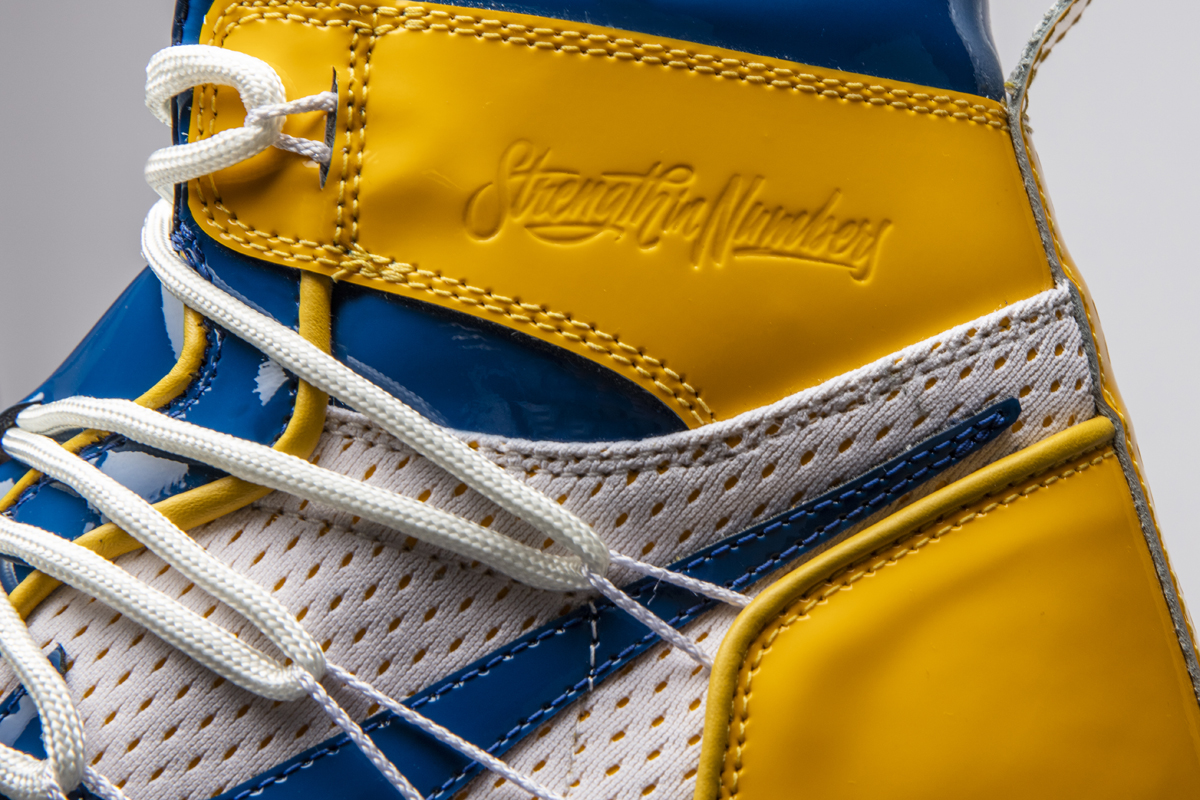 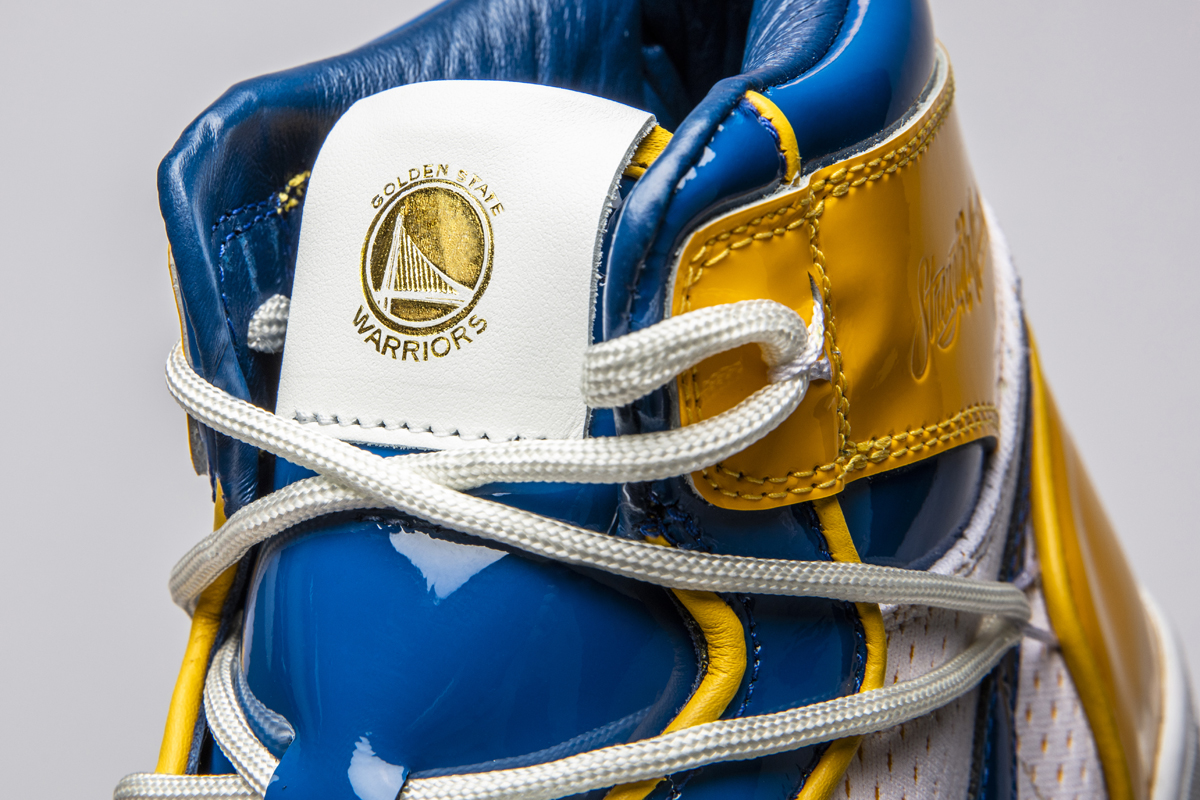 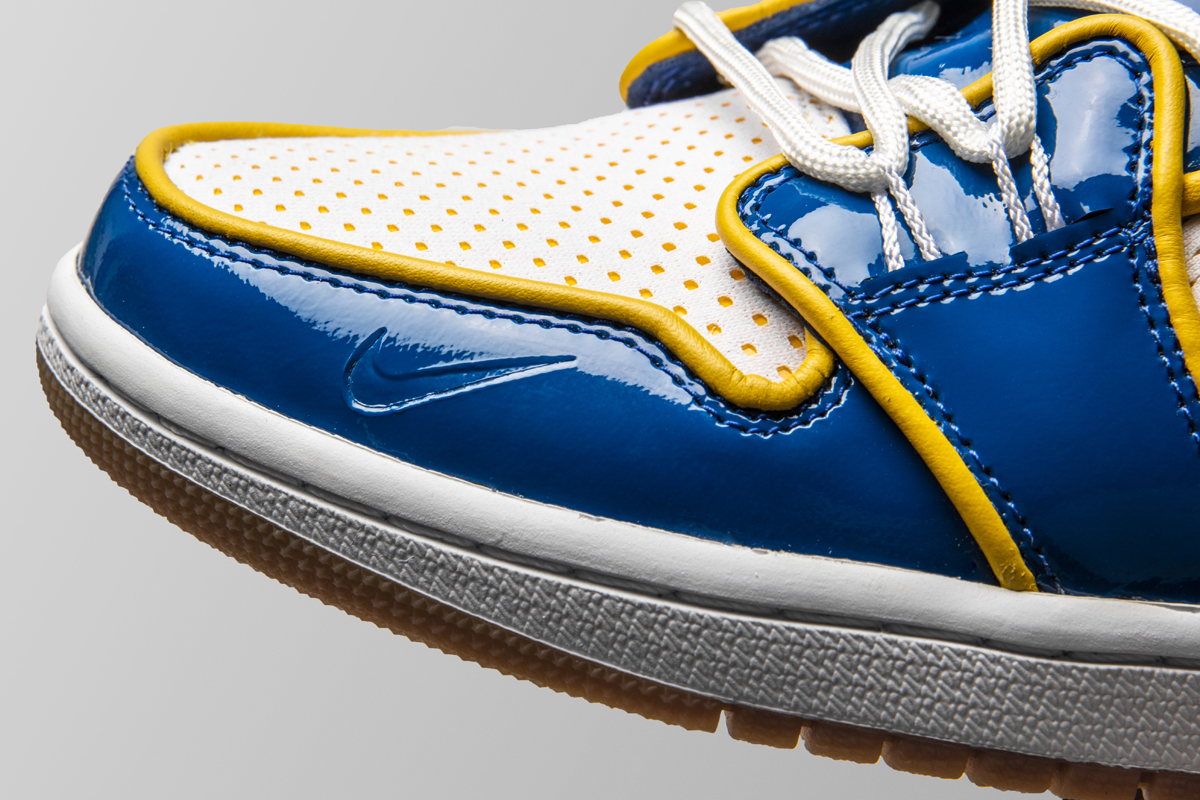 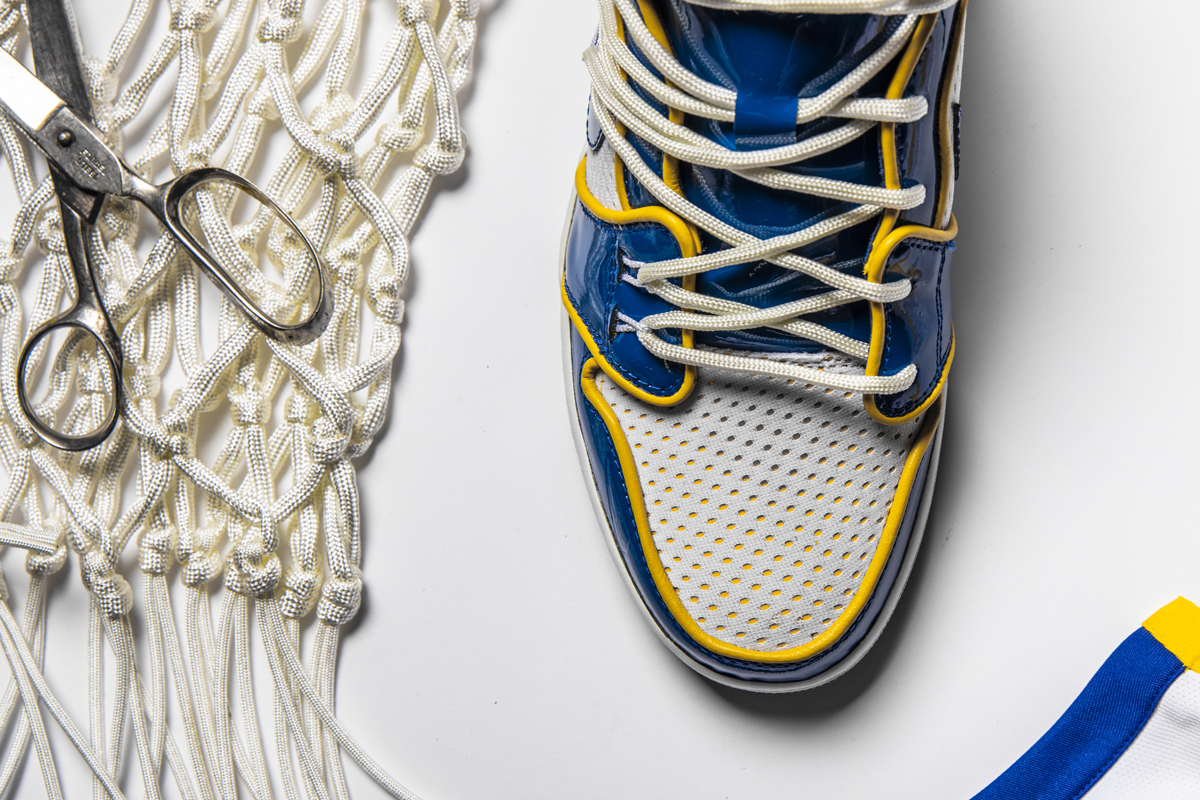 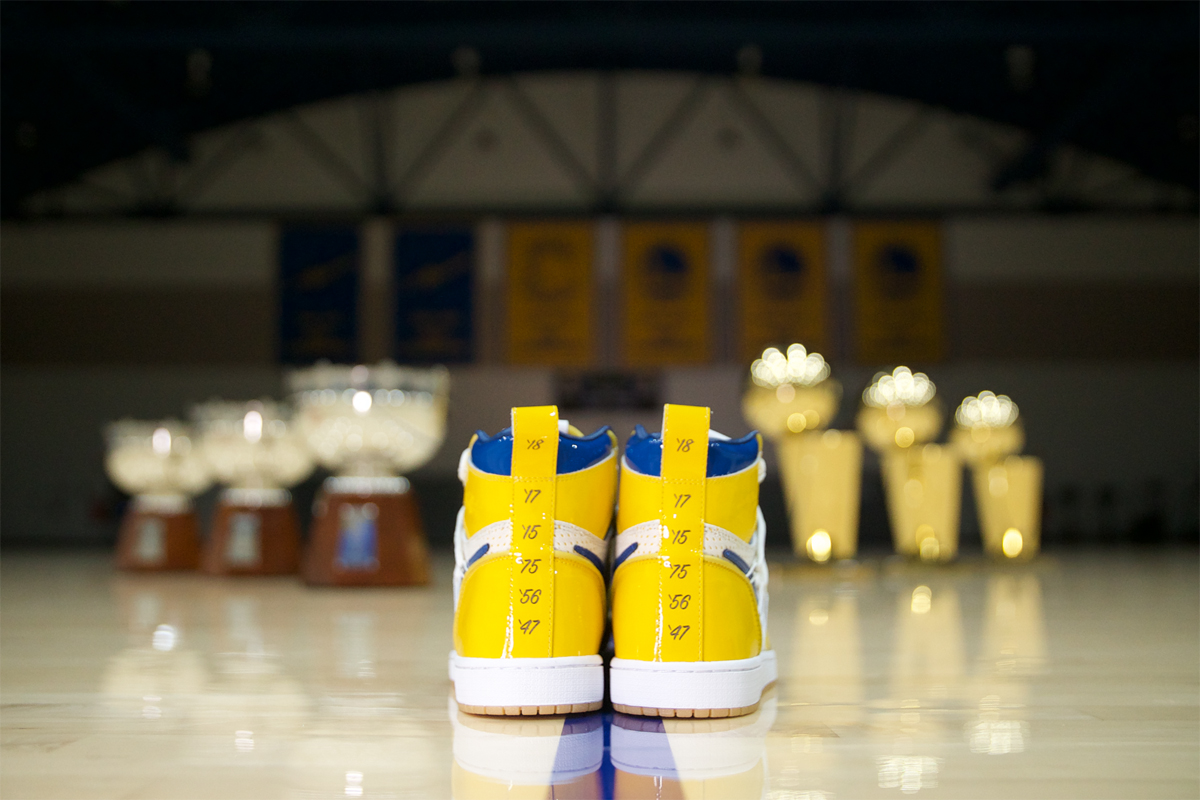 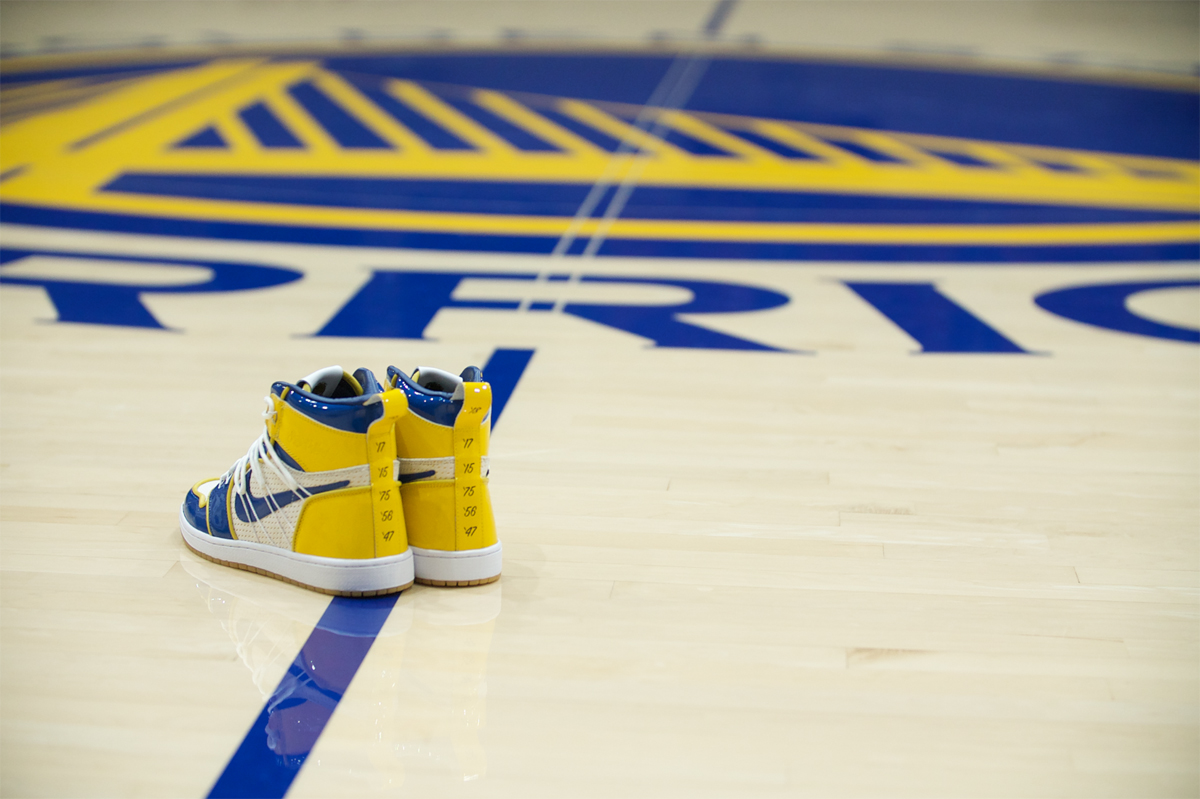 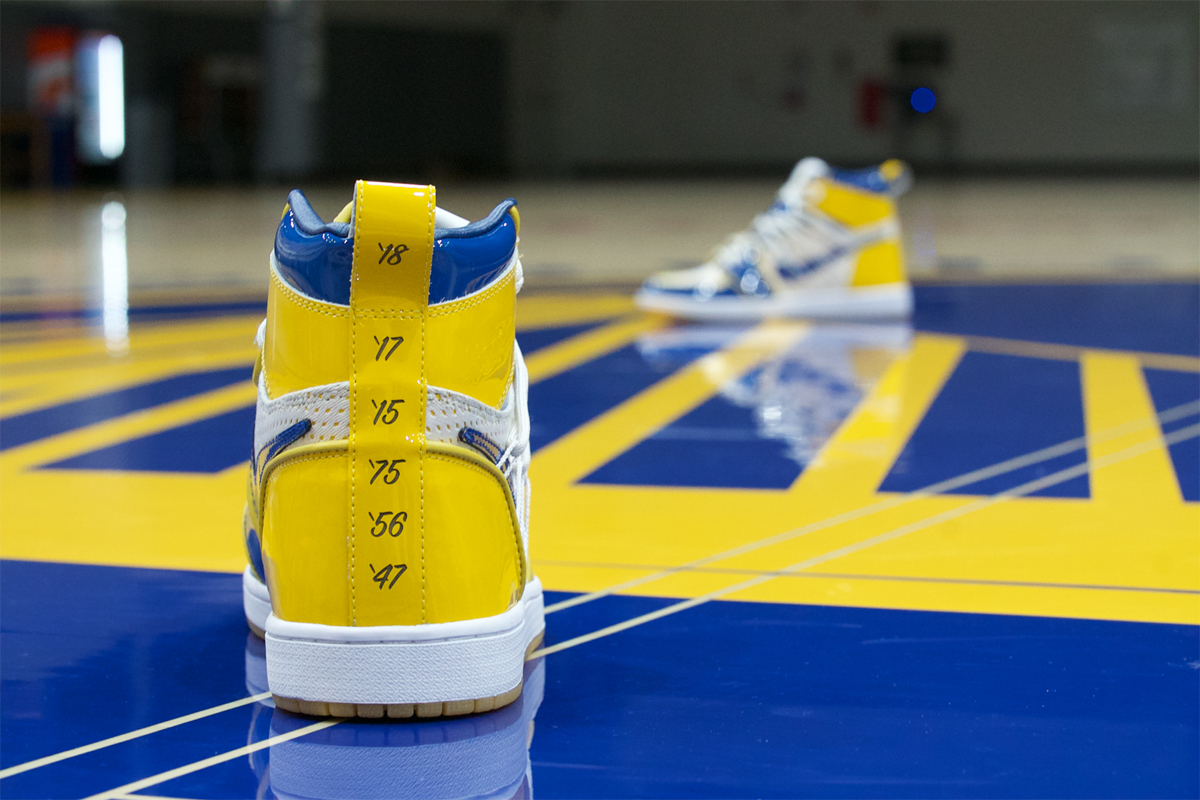