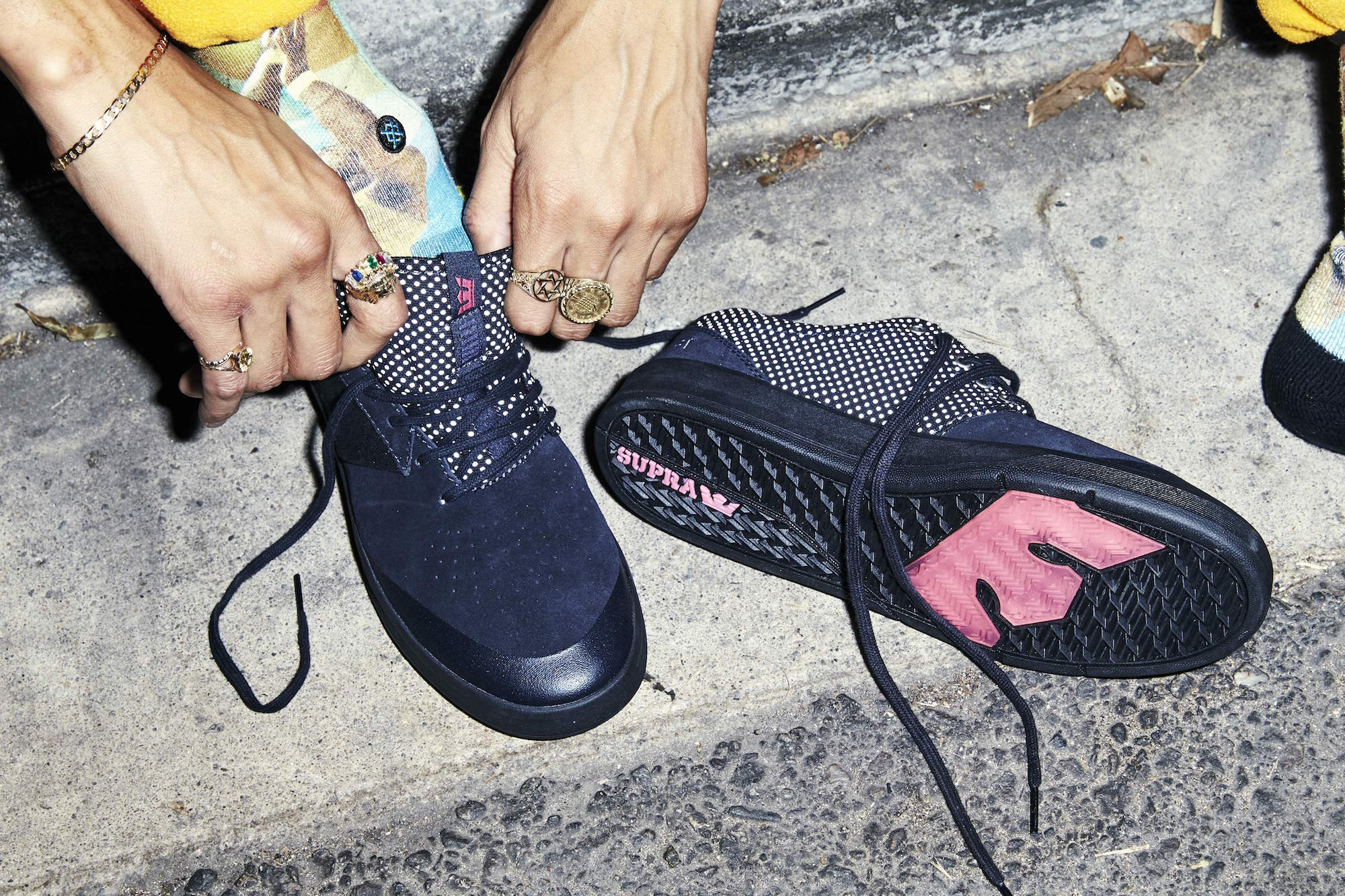 Supra has introduced its latest skate shoe, the Supra Shifter, in partnership with two of its team riders: Lucien Clarke and Dane Vaughn.

According to Supra, this low-top cup sole sneaker is designed with the rider in mind. It utilizes a skate-specific upper design with a warping construction that moves vulnerable materials and components away from high abrasion areas. The Supra Shifter also uses an asymmetrical lacing system, perforations in the upper for breathability, and a stitch and turn seam for reduced blowouts. Flex grooves and a new “S” tread reduce weight and increase flexibility.

The upper of the Supra Shifter sits atop an internal heel EVA crash pad for impact protection while a “Supra tar” toecap reinforces the upper and adds durability.

This is Supra rider Lucien Clarke’s second signature shoe with the brand (his first was the Quattro in 2015). Clarke added reflective 3M polka dots to his canvas colorway for striking effect during nighttime skate sessions. “It’s just wicked…when you’re filming at night, it just brightens up your day,” says Clarke. “You can see it from a mile away.” 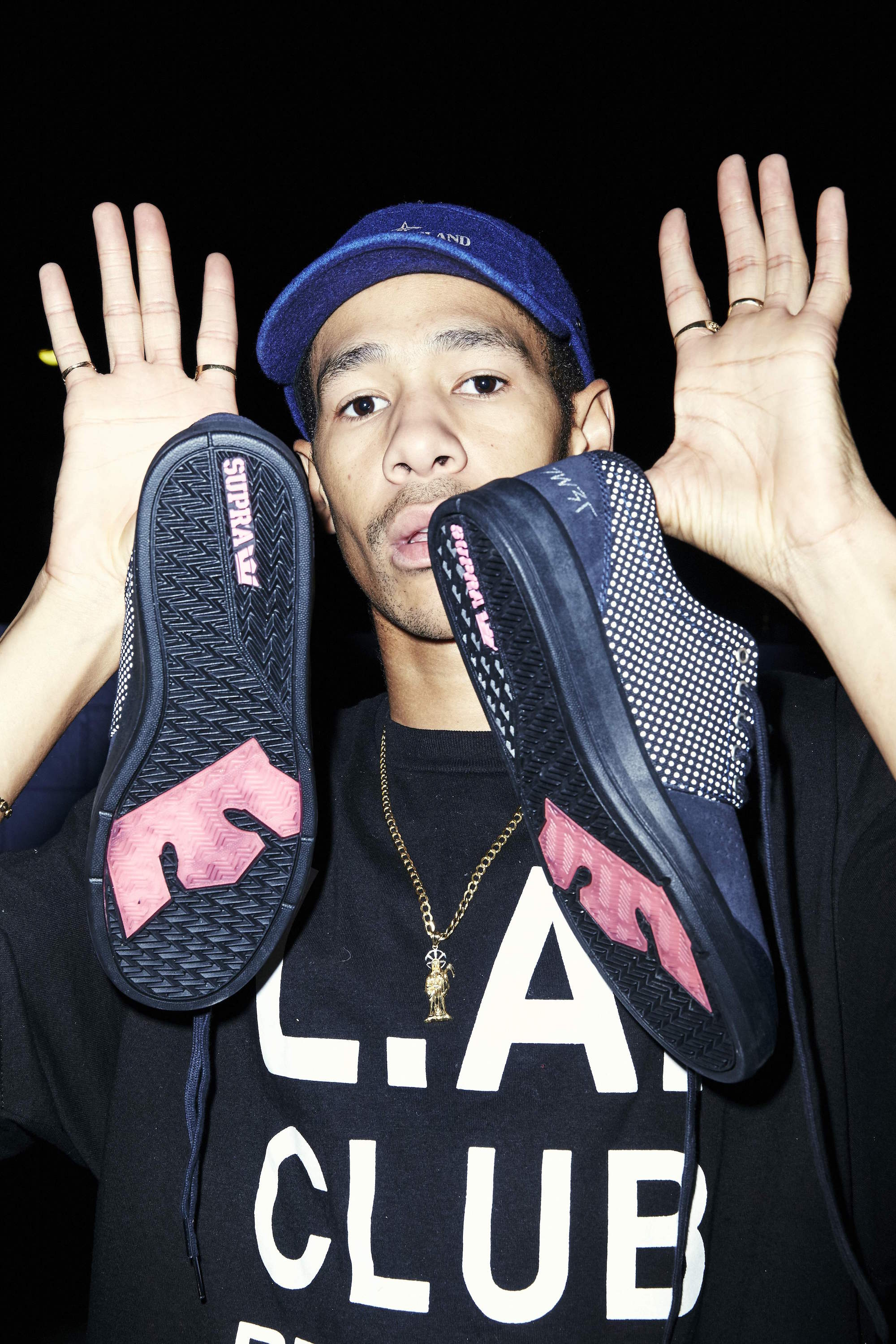 Dane Vaughn took a different, more subtle approach with his Supra Shifter colorway; it’s a clean half off-white half black build and Vaughn’s first signature with the brand.  “It’s one of the best shoes I’ve seen SUPRA make, in terms of how durable it is,” explains Vaughn. “It’s really hard to run through the fabric as there’s no stitching on the side—you’d have to burn a hole through it to make one. It’s molded perfectly and it’s super slim.” 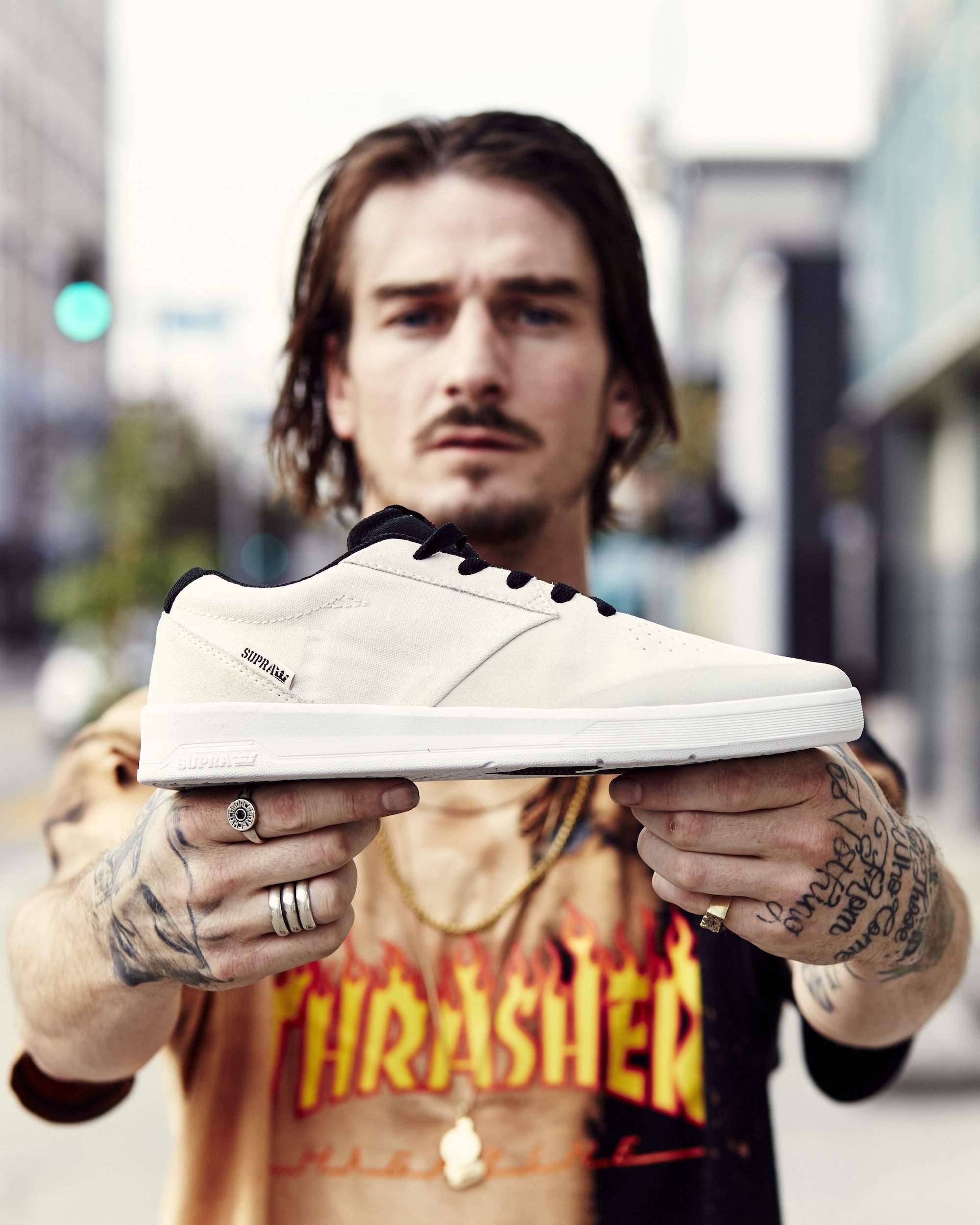 The insoles of both Supra Shifter colorways are unique to each rider’s colorway. Lucien Clarke’s colorway retails for $80 and Dane Vaughn’s retails for $75. Both are available now at SupraFootwear.com and at select skate shops nationwide.

More Supra Shifter colorways will launch beginning in February and they’ll retail for $70 each.

Oh, by the way, these guys shred — just check out the videos below. Thoughts on the latest skate shoe from Supra? Sound off in the comments. 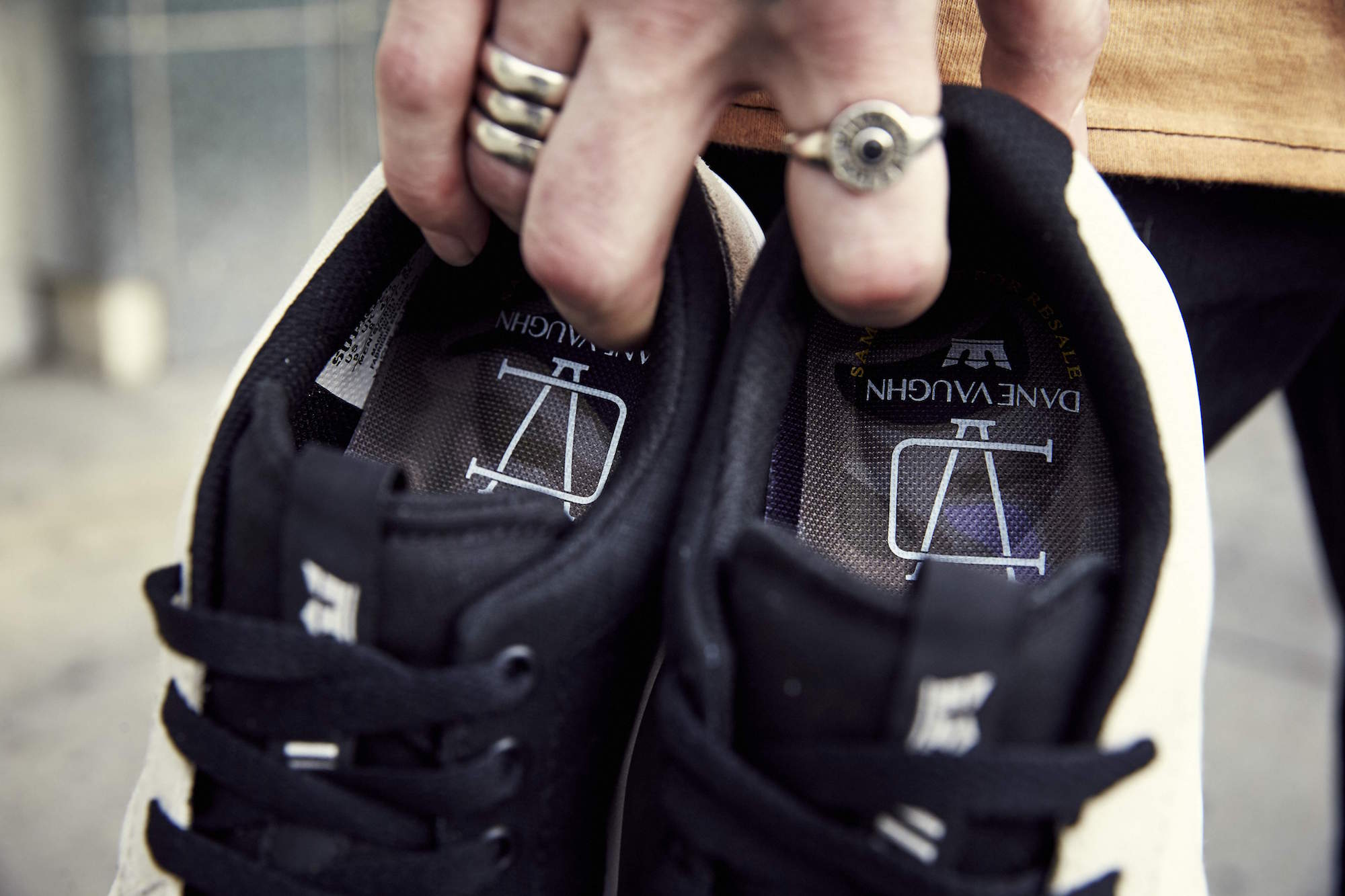 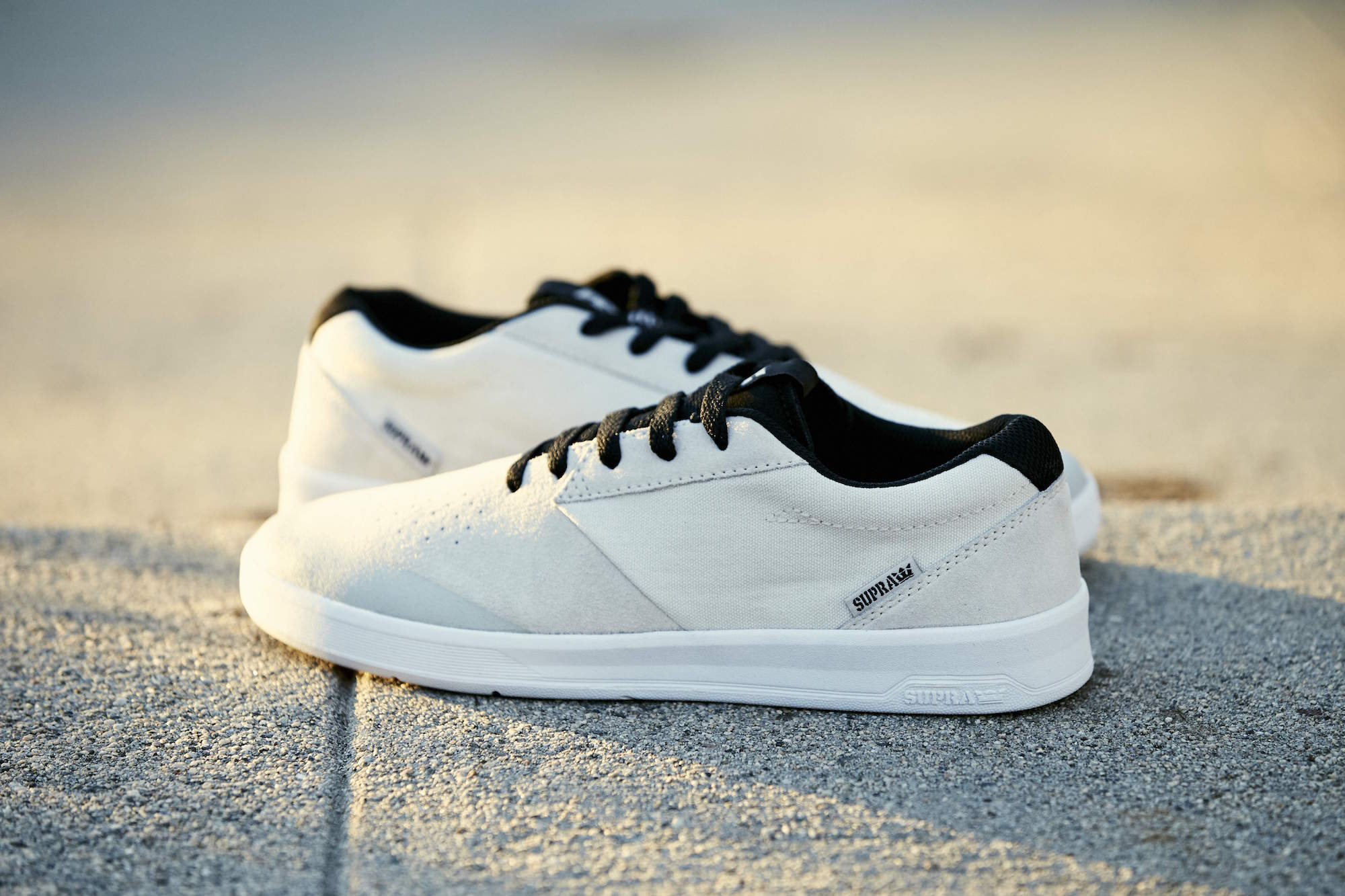 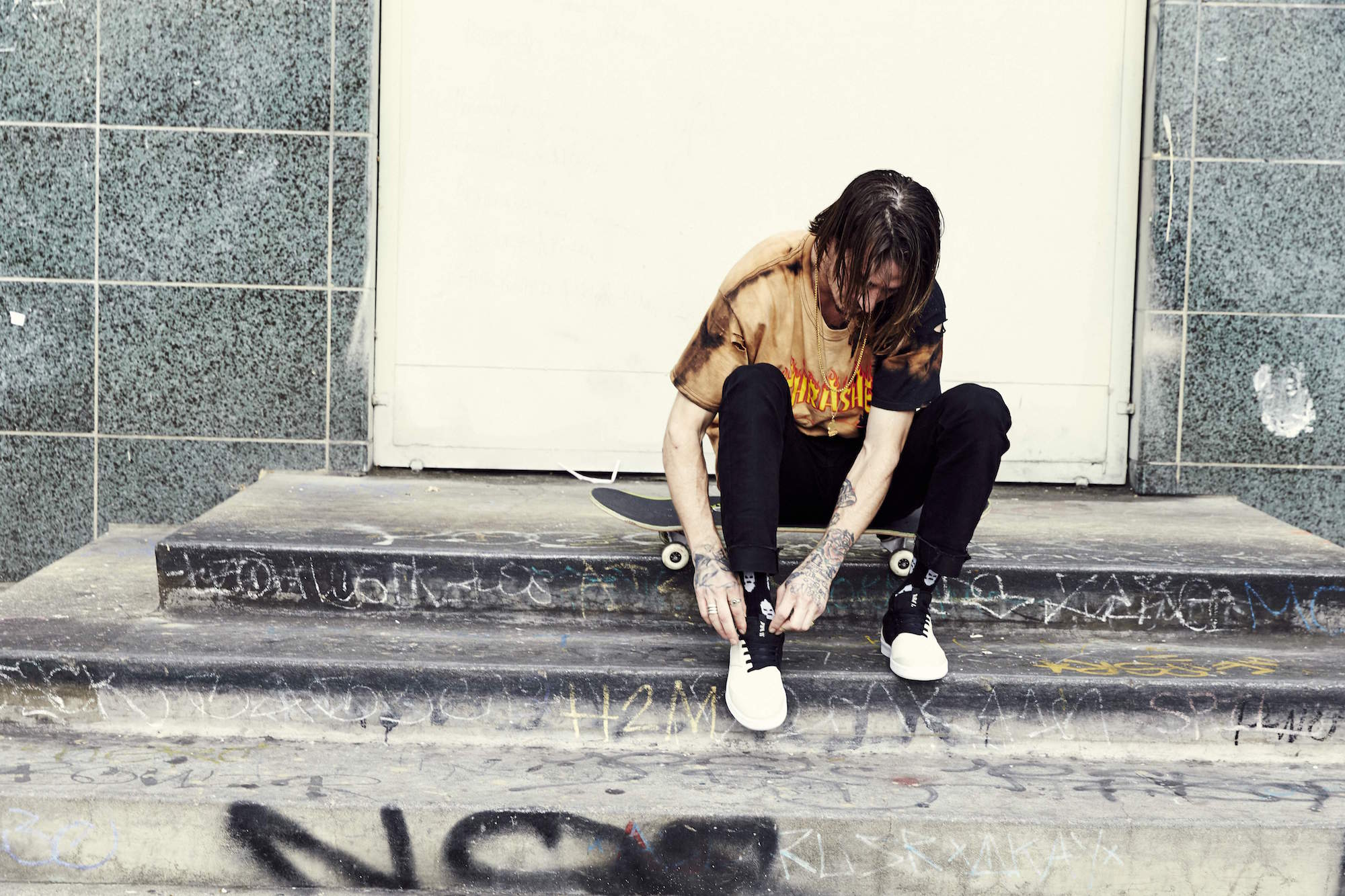 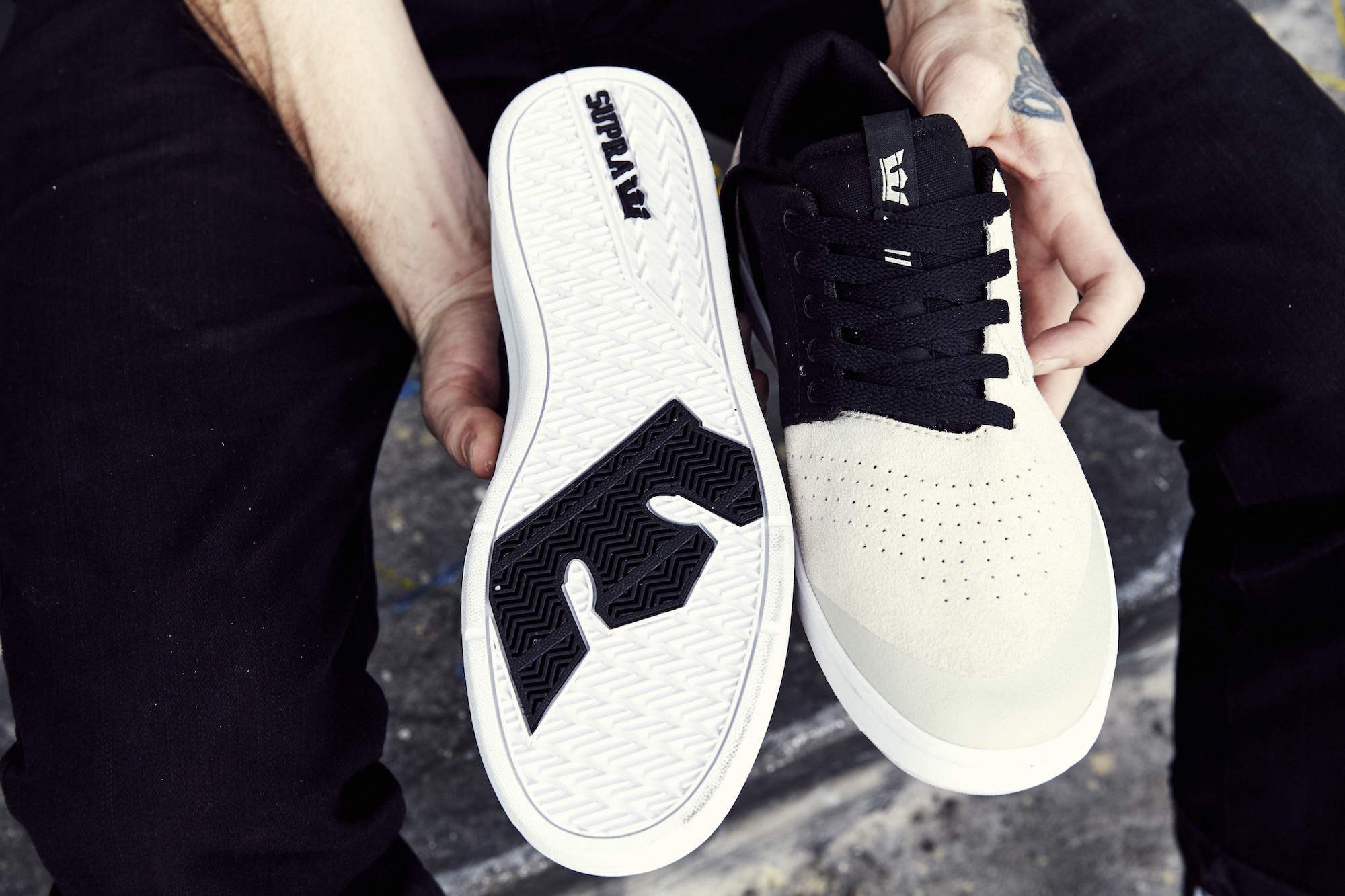 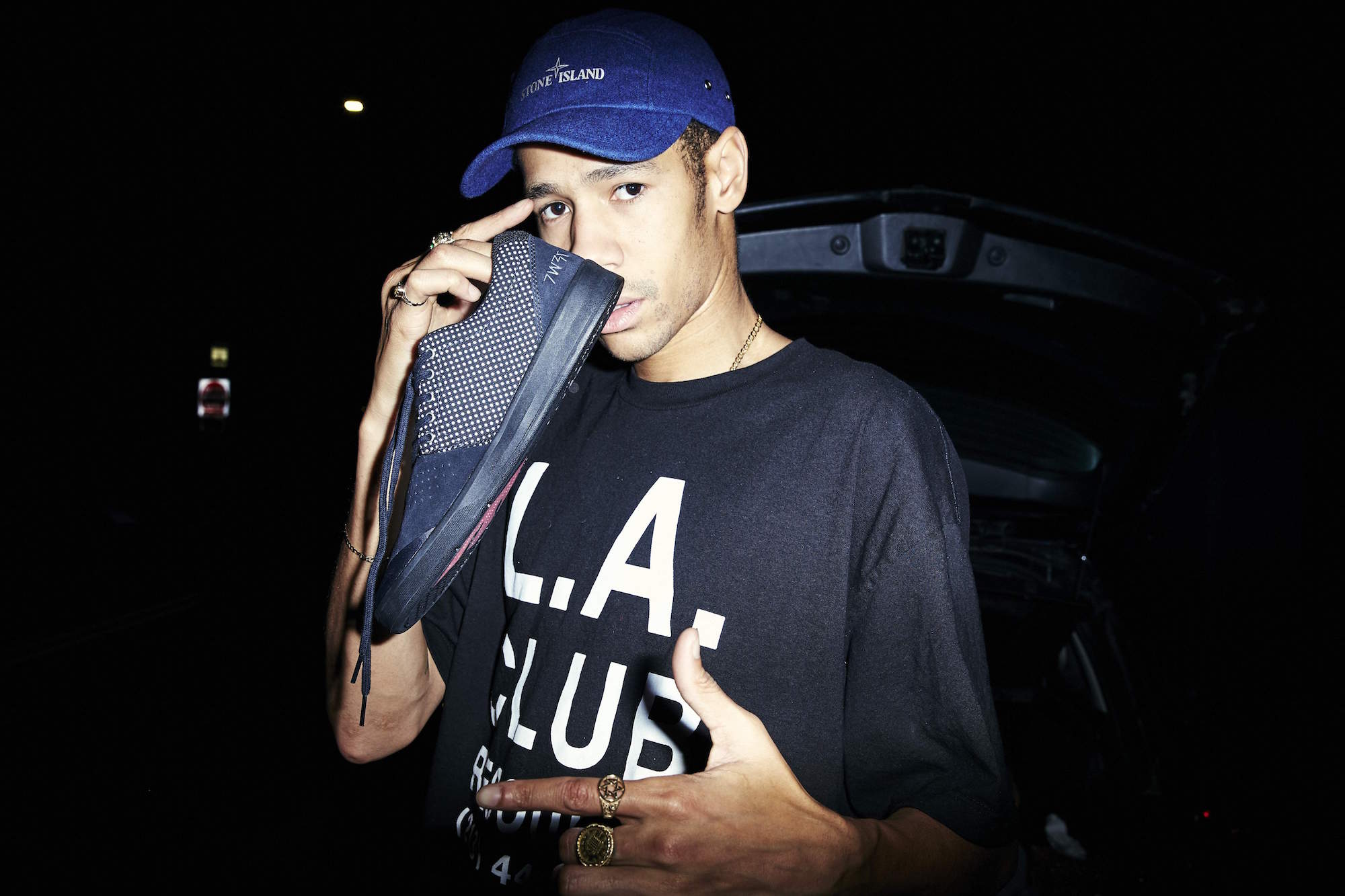 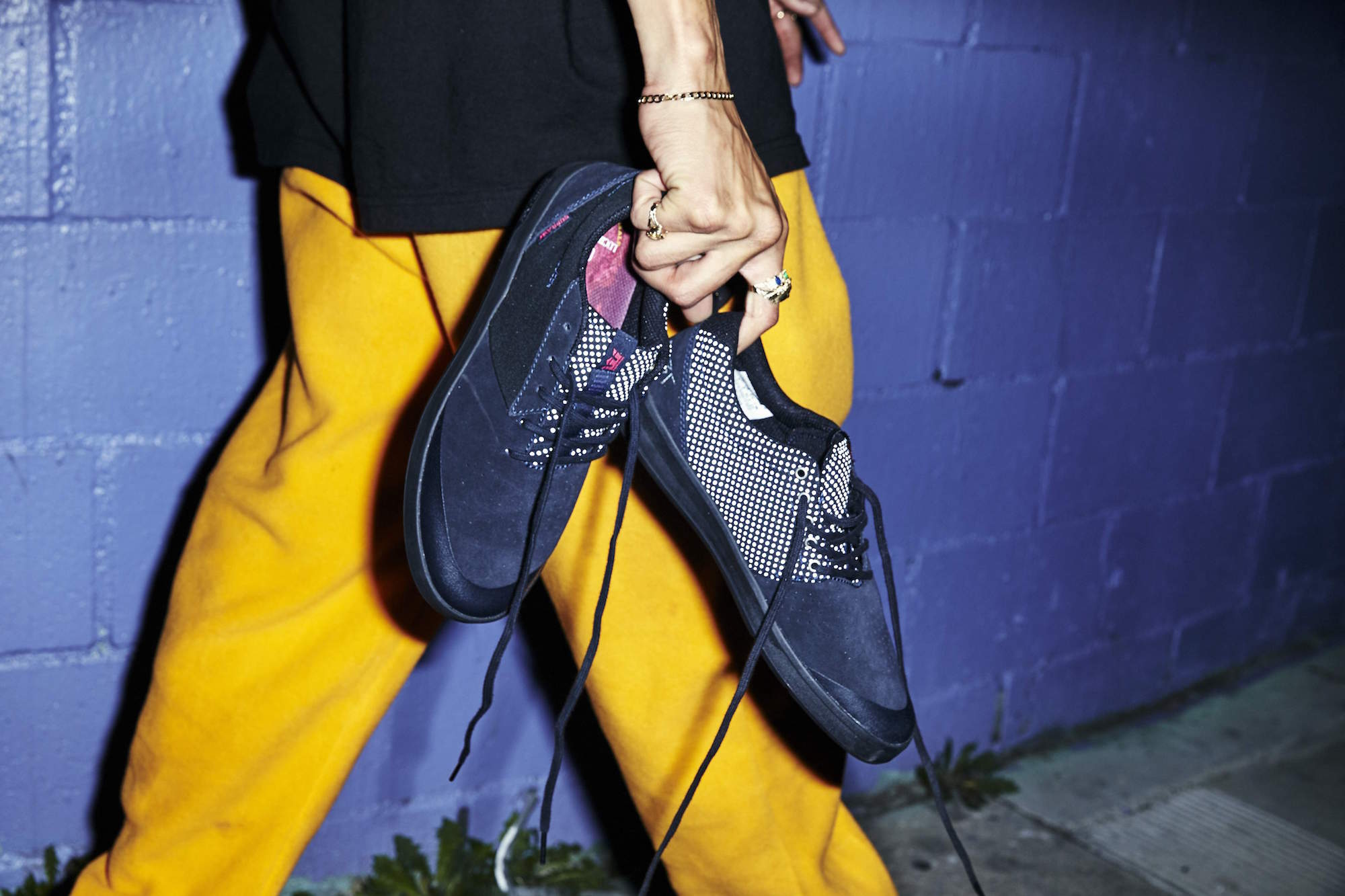 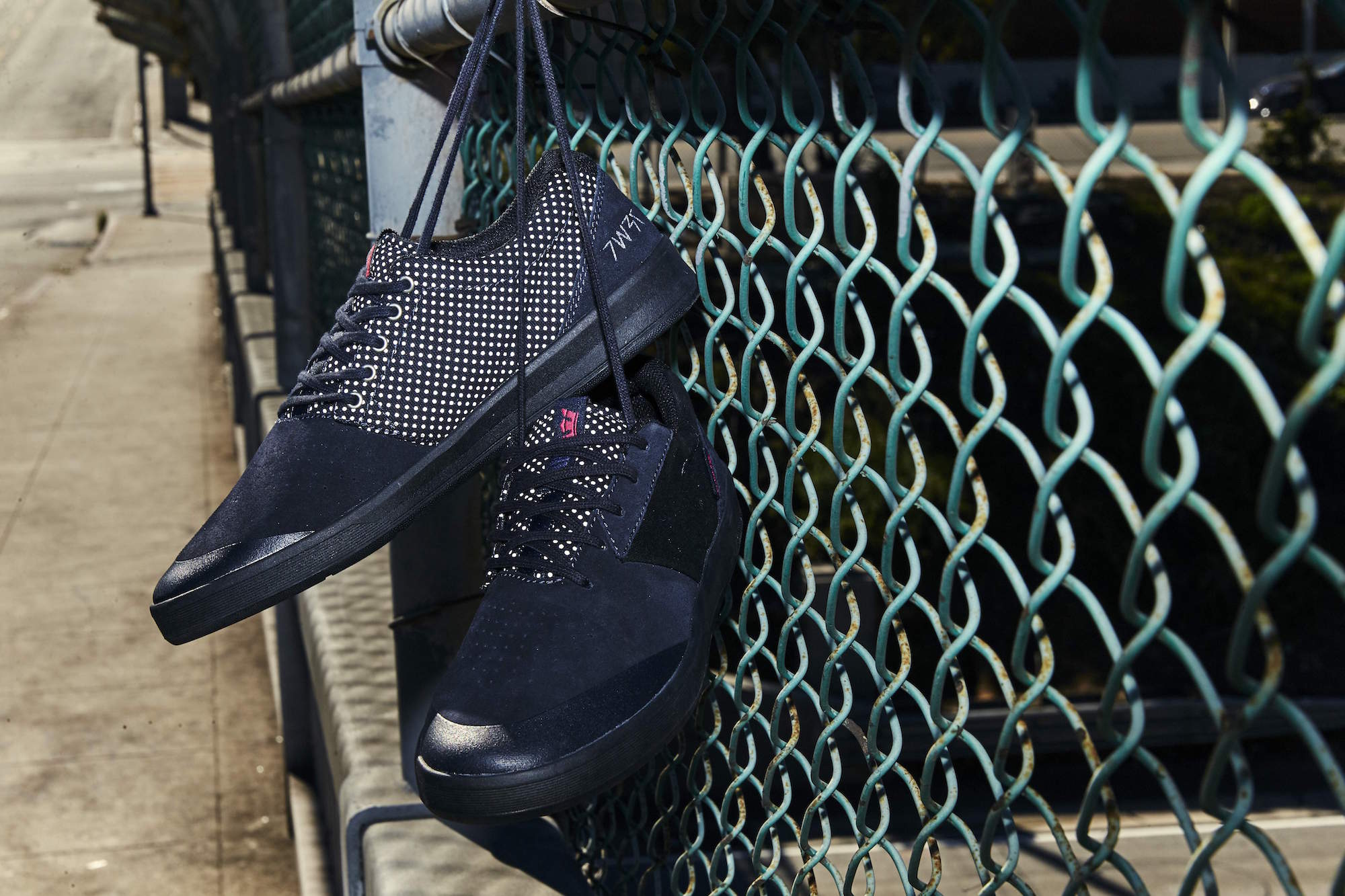 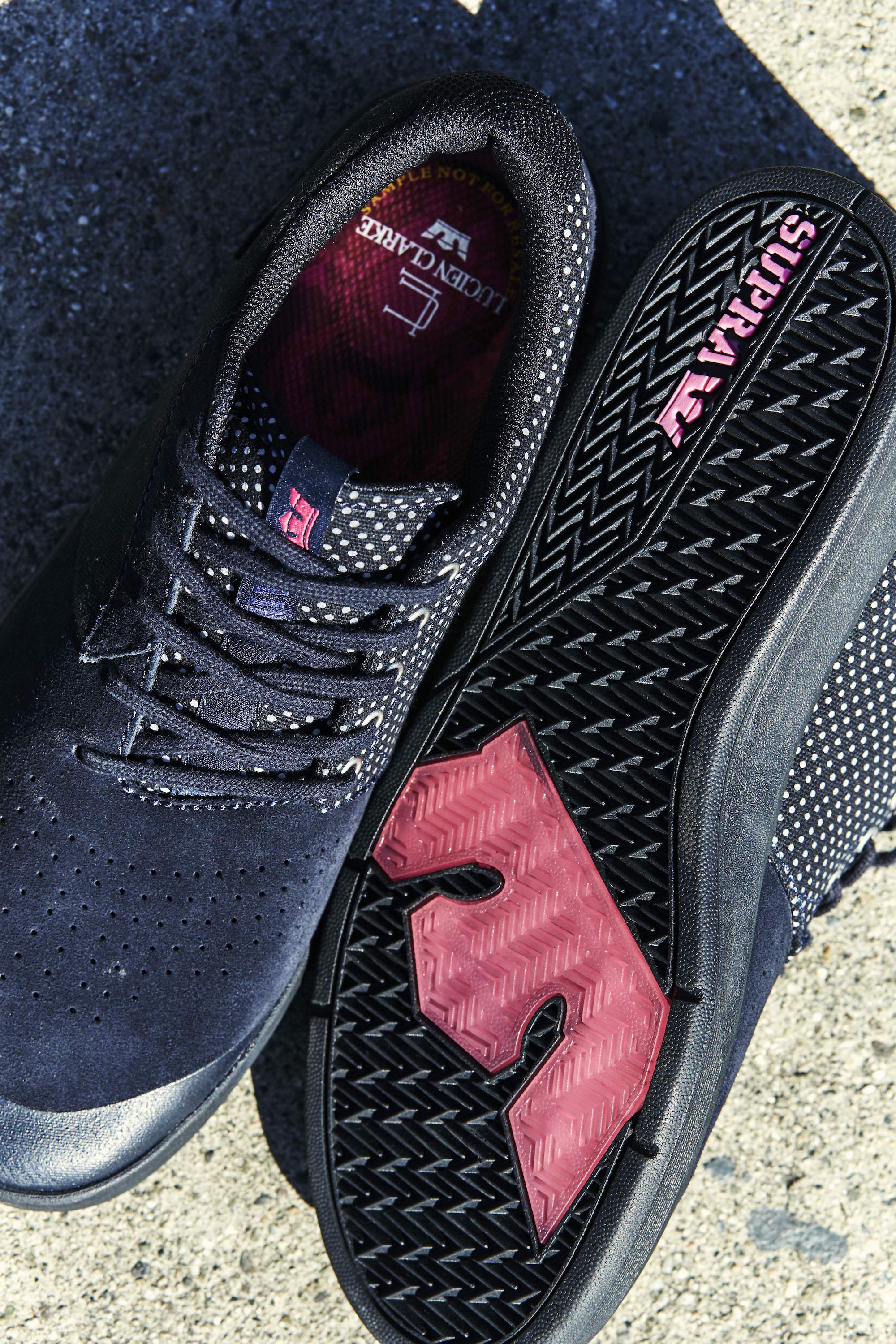 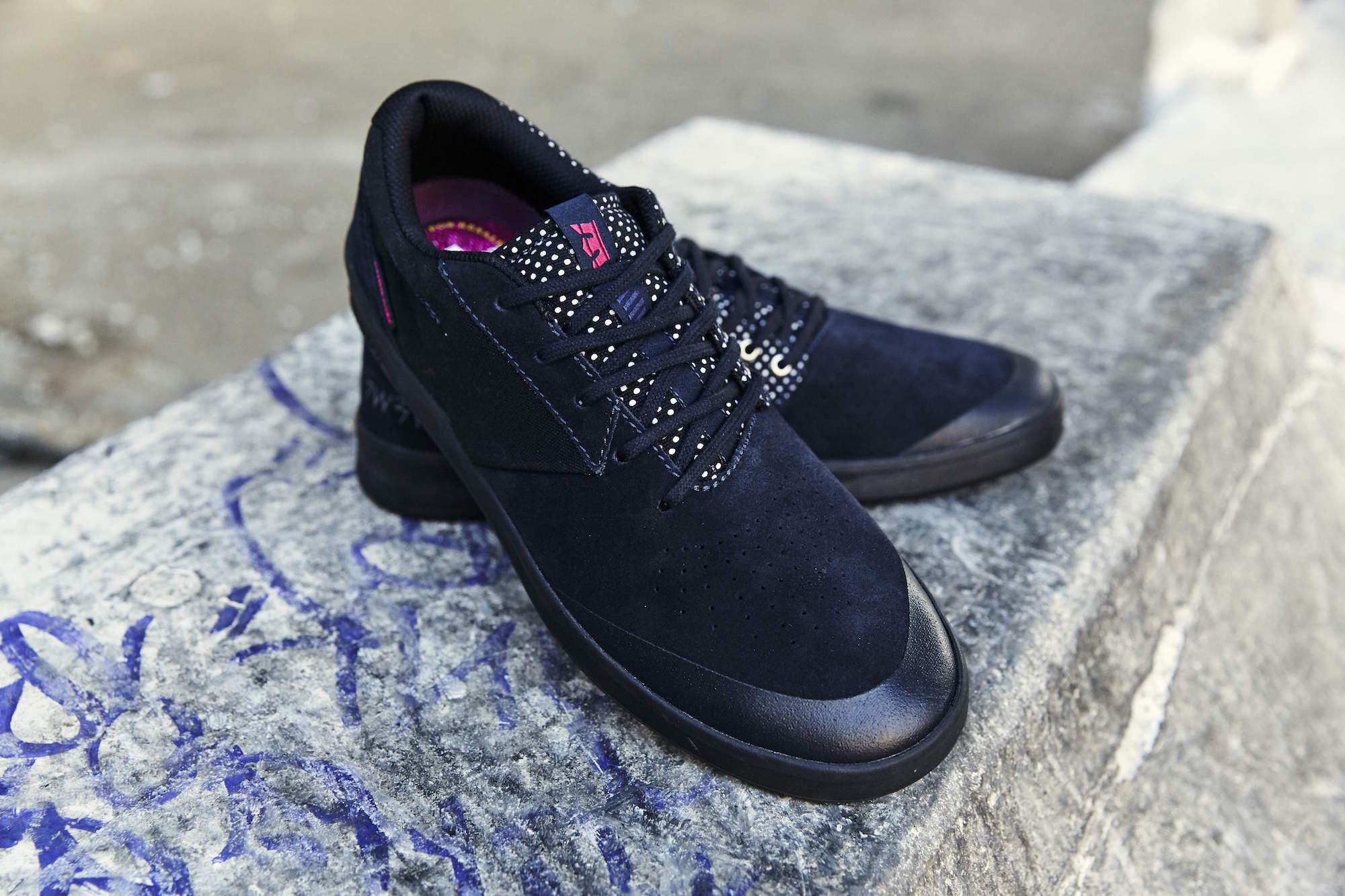