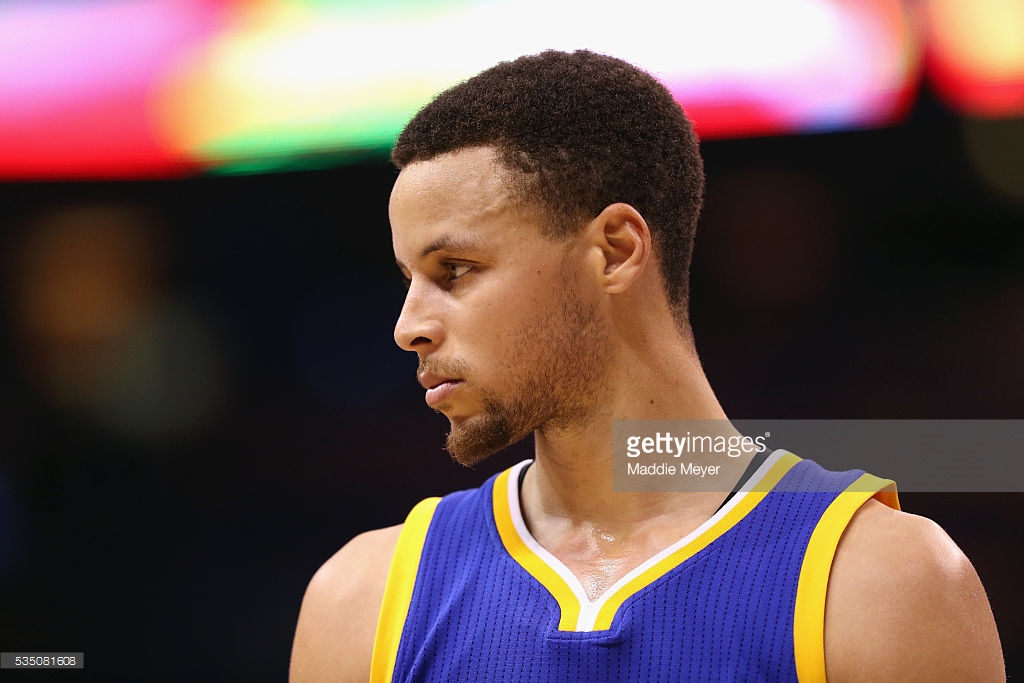 After Kevin Plank showered President Trump with praise on Tuesday, were waiting to hear what Stephen Curry thought. In an exclusive interview with The Mercury News, Curry got political and stood by his company.

Plank called the President “an asset” to the country. “I agree with that description,” Curry said, “if you remove the ‘et’” from asset.

According to The Mercury News, Curry thought he knew where Plank stood based on his track record, and was surprised to see the comments the Under Armour CEO made about President Trump.

“I spent all day yesterday on the phone,” Curry said, “with countless people at Under Armour, countless people in Kevin Plank’s camp, my team, trying to understand what was going on and where everybody stood on the issue. Based off the release that KP sent out this morning, and what he told me last night, that’s the Under Armour that I know. That’s the brand I know he’s built and one that, as of Wednesday afternoon, is something that I’m standing on.”

Plank further explained that his comments were meant strictly in a business sense. Some forget that Curry’s contract with the Baltimore brand was extended to 2024, and that the Golden State star owns a portion of the company. Curry stated that Kevin Plank working with President Trump was not a deal-breaker for him, but he is concerned about Under Armour adopting Trump’s values.

“It’s a fine line but it’s about how we’re operating,” Curry said, “how inclusive we are, what we stand for. He’s the President. There are going to be people that are tied to them. But are we promoting change? Are we doing things that are going to look out for everybody? And not being so self-serving that it’s only about making money, selling shoes, doing this and that. That’s not the priority. It’s about changing lives. I think we can continue to do that.”

However, Curry made it clear that if Under Armour went in a direction he didn’t support, he would jump ship.

“If there is a situation where I can look at myself in the mirror and say they don’t have my best intentions, they don’t have the right attitude about taking care of people,” Curry said. “If I can say the leadership is not in line with my core values, then there is no amount of money, there is no platform I wouldn’t jump off if it wasn’t in line with who I am. So that’s a decision I will make every single day when I wake up. If something is not in line with what I’m about, then, yeah, I definitely need to take a stance in that respect.”

Moreover, Curry clarified that his relationship with Under Armour is strictly business (although he almost always refers to the brand as “a family”), that he did not vote for Trump and was against several of his actions.

“I feel like if you know who I am, you know what I stand for, and I can live with that,” Curry said. “I feel when you see my name, when you see people wearing my stuff, when you see anybody attached to me, that they share that same passion for people that I do. And that’s what I’ve been really serious about using this platform to share. I don’t get in people’s faces and out in the streets with a bullhorn doing it that way. But every opportunity I have to show love, to show respect, to show just that positivity, I feel like that’s my job and that’s what I stand for.”

For the full Q&A with Stephen Curry and The Mercury News, click here.

Amid more and more Patriot athletes refusing to attend the customary White House reception for their victory, what do you think about Curry’s response? Let’s discuss respectfully in the comments below.