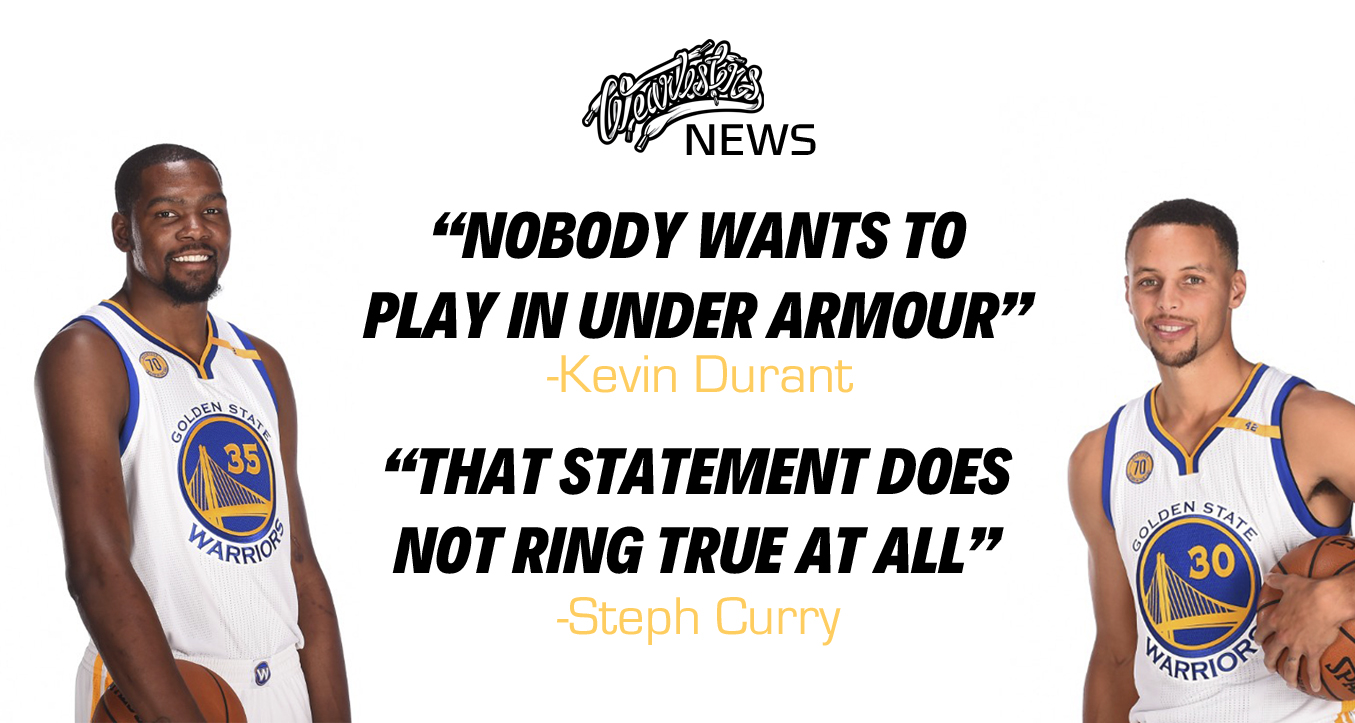 Not too long ago we reported on a comment Kevin Durant made during an appearance on a podcast. “Nobody want’s to play in Under Armour,” he said.

Durant’s comments raised some eyebrows, mainly due to the fact that his star teammate, Stephen Curry, is one of the brand’s biggest endorsers. Well, after keeping silent on the subject, Steph finally addressed what his teammate had to say during an interview with the Charlotte Observer’s Scott Fowler:

“I told him that he has a certain opinion based on his experience growing up in the Nike business,” Curry said of Durant. “What that means when it comes to the competition among shoe brands and universities and the whole grassroots system and whatnot — he’s entitled to that opinion obviously…But when it comes to what I’m trying to do with Under Armour, and what the Curry brand means and what Under Armour basketball means, that statement does not ring true at all…

Where we were four years ago, and where we are now — you can’t tell me nobody wants to wear our shoes,” Curry said. “I know for a fact that they do.”

There you have it. Steph obviously disagrees but seems to understand where KD is coming from (a Nike grassroots system). Steph was also asked whether or not these comments made by Durant angered him or if it would affect the chemistry in the locker room:

“Nah. … I understand how what we do and the team that we are and the success we’ve had, no matter what anybody says it’s going to be blowing up. … Especially when it’s the opportunity to make it look (controversial). … Like I said, it’s nothing that’s going to break up the locker room.”

Well, it looks like the hatchet has been buried (if there was a hatchet to be buried in the first place) and the Warriors will continue their on-court dominance for the foreseeable future — or, like the Notorious J.V.G says, “forever.”