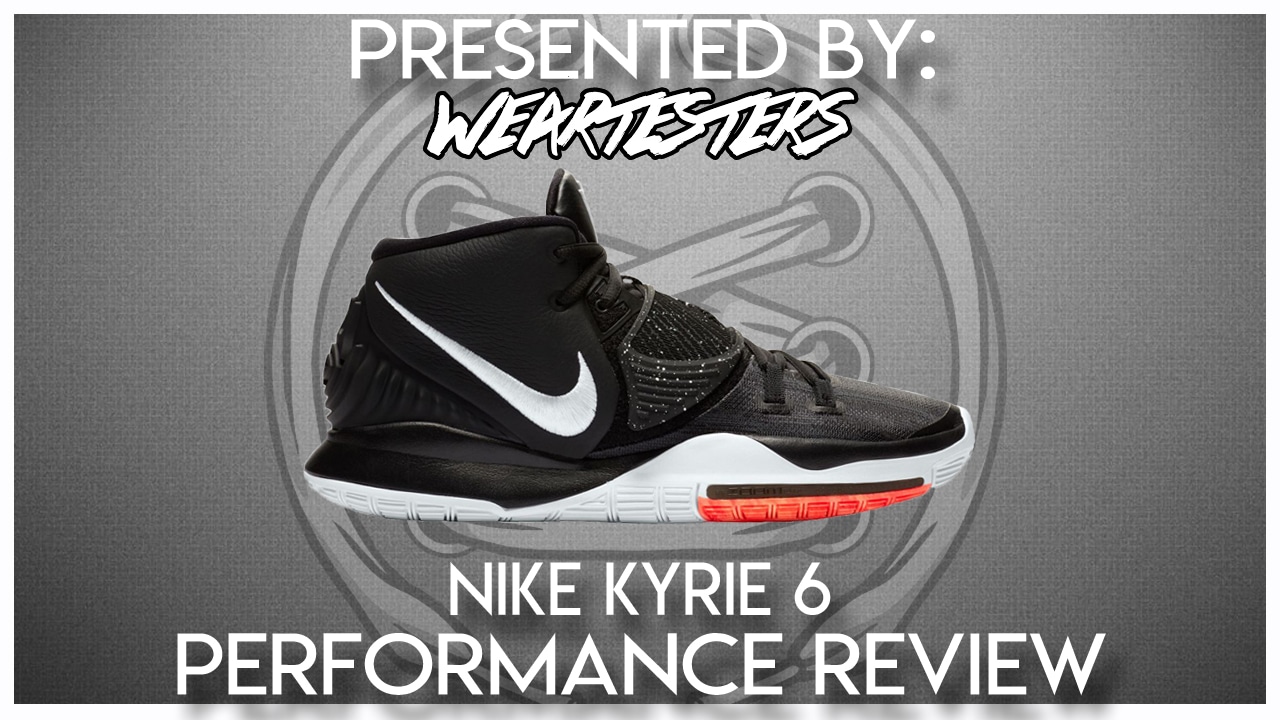 The Illuminati has its ways, just like the way Kyrie controls the ball like a yo-yo. With Zoom Turbo making a return, will the Kyrie 6 make its predecessors proud? Let’s find out.

Traction on the Kyrie 5 was good, however the traction on the Kyrie 6 is a major upgrade. Once you get past the coating material on the shoe, the shoe just clamps down. Multi-directional traction has this shoe ready for battle from the get-go. The rubber is soft (outdoor players be aware), however, the shoe grips well. The best thing about this shoe is that no matter how you plant your feet, you’re definitely covered.

Same setup as its predecessor. The Nike Zoom Turbo is used in the forefoot and it feels amazing. It’s even better because the shoe feels lower to the ground without sacrificing any stability. The added plus is the injected phylon used for the midsole itself and it feels responsive from the start. Smooth transitions, low ride, and responsive feedback are a great combination that create a nice ride.

The Kyrie 6 uses some textiles along with some genuine leather along the midfoot to give it a nice old school feel. The interior of the shoe is heavily padded, which is taken from skate shoes, to give you extra comfort. The shoe is finished off with the Zoom Turbo forefoot cushion along with injected Phylon and a soft rubber outsole for solid traction. The material usage overall is solid and the midfoot strap and extra leather along the midsole give it a 90s old school basketball vibe. A great combo.

Here’s where the minor struggle comes in. On the previous Kyrie 4 and Kyrie 5, I had to go up half a size, and unfortunately, for the Kyrie 6, it wasn’t available in the 1/2 size up of a 13.5. I had to use the 13. I will say if you wore cushioned socks, be prepared to scream in pain. I wore thin socks initially to break-in the shoe, which helped a tad bit, especially in the “less painful agony” part. After the shoe broke in, it hurt less. And while the shoe still felt tight, it was bearable to the point of being able to play aggressively and not feel worrisome.

Solid as long as you get your proper size. 360 degree traction, soft midsole, proper lockdown, an extra padded interior, and your foot sits directly on the footbed without any slippage.

If you liked balling in the Kyrie 4 or 5, then you’ll absolutely love the Kyrie 6. It’s not a big change between the models. However, it’s evolved into something much better. I wish I had a 13.5, but once broken in, the shoe was as fun as watching an aging Uncle Drew cross up the competition. I definitely suggest trying them on in-store before purchasing. Besides that, the evolution of the Kyrie line is here to stay and we’re quite impressed. Here’s to the next one.