Your local Sports Authority may be going under within a year or two if the company does not start paying its debt. As the company isn’t public, there’s a lot we don’t know. Here’s all the information from SportsOneSource, and be sure to check out the exclusive Reuters article. Bloomberg also did a great article about the debt. 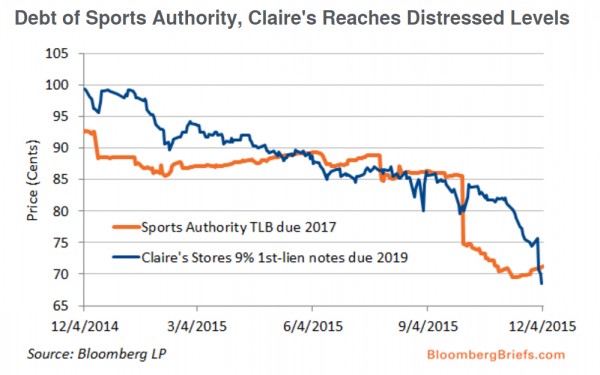 Sports Authority Inc. told Reuters it would miss a key debt interest payment as it continues to hold talks with lenders around a debt restructuring.

The retailer said in an e-mailed statement, released to Reuters and Bloomberg, “Although Sports Authority currently has sufficient liquidity to conduct its business operations and to make the current interest payment on the subordinated mezzanine debt, after consultation with our senior lenders, we elected not to make the interest payment while we continue these discussions.”

The retailer said in its statement it was engaged in discussions with its various lenders and working with Rothschild & Co. to explore options for strengthening its balance sheet.

The Reuters article noted that missing the $20 million coupon payment could trigger cross-defaults across the rest of the company’s debt.