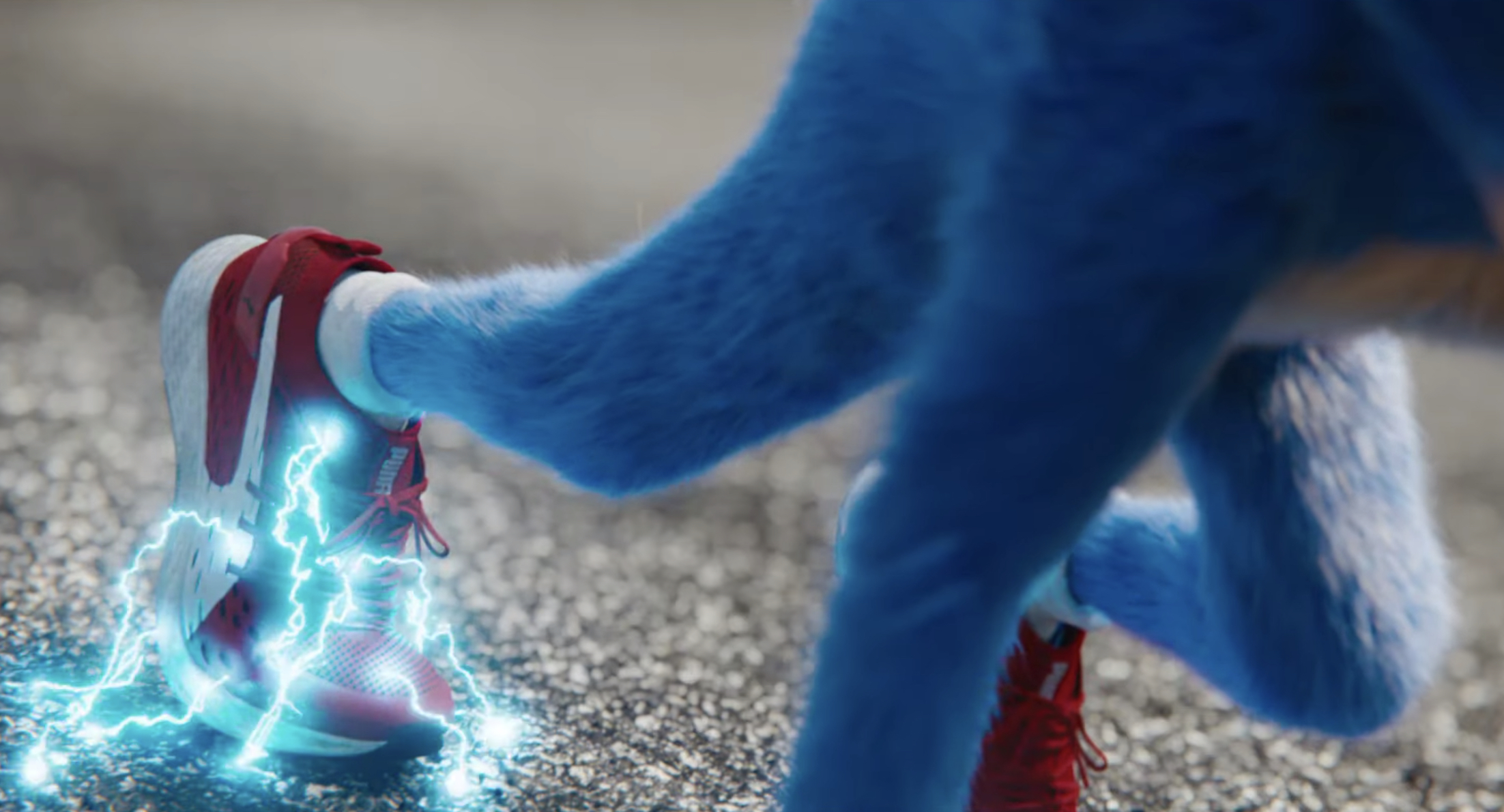 Sonic the Hedgehog was seen wearing the PUMA Speed 500 in its debut, and highly controversial, trailer released by Paramount Pictures.

Officially introduced to the PUMA family, Sonic is the ideal choice for PUMA’s Speed 500 as no character is speedier and sleeker than the Blue Blur himself — other than The Flash but we don’t see a solo Flash movie releasing anytime soon. However, fans can grab a pair of the sneaker Sonic is wearing directly at PUMA.com now in a black and white colorway, but we expect more options, such as the pair seen in the trailer, to come in the near future.

Releasing this November, Sonic was presented in his CGI live action self as an electric speedster while Doctor “Eggman” Robotnik, his ultimate nemesis, is portrayed by Jim Carey in a rather unconventional take on the character. What are your thoughts on the latest trailer of the film? Let us know in the comment section below!

Welcome to the #PUMAFam. @sonicmovie gonna be ?