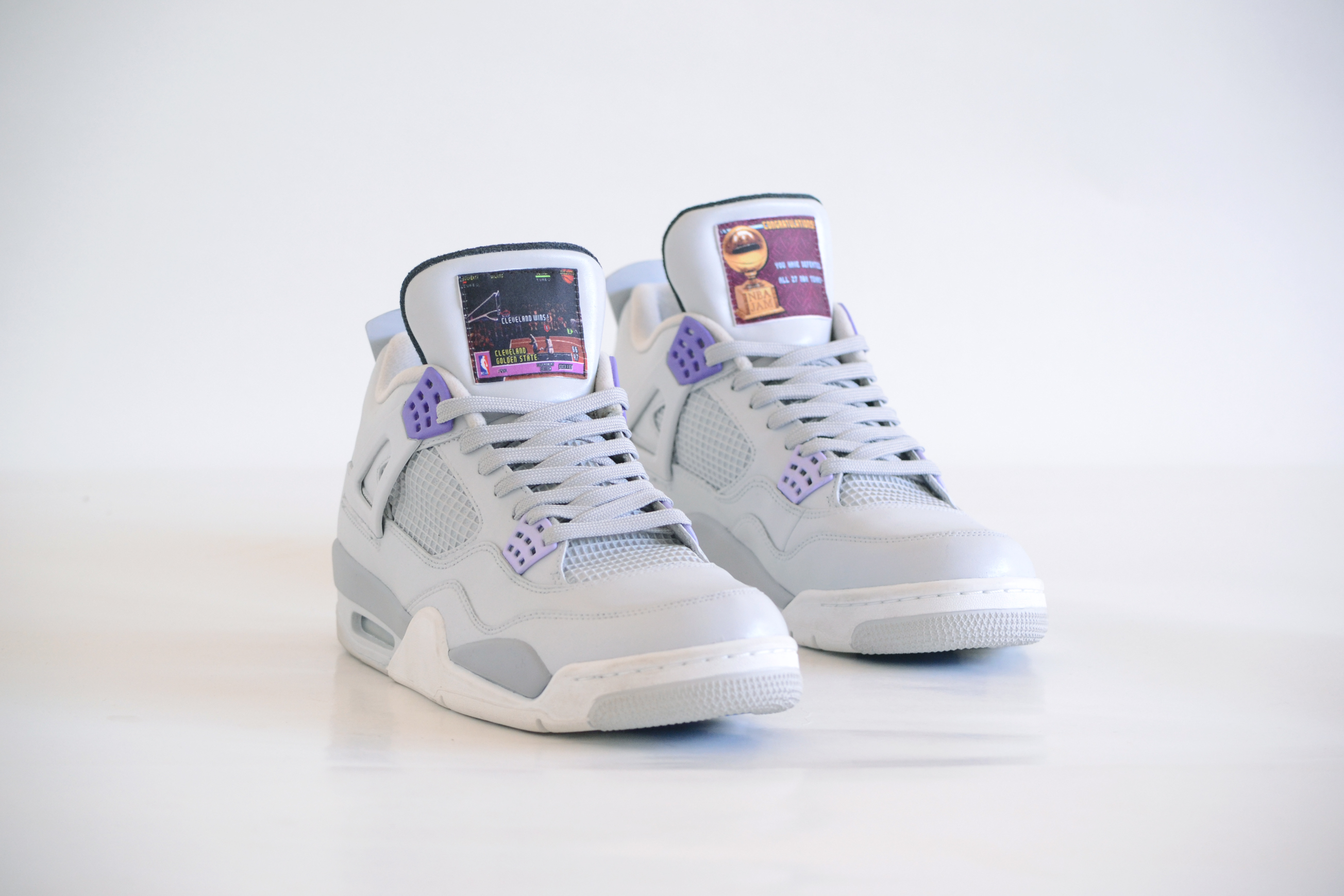 Well, this is certainly unexpected. The company behind these things, FreakerSNEAKS, is at it again and this time, the canvas is the Air Jordan 4.

Jonny Barry, the founder of the company, has had a penchant for sneakers and art from a young age. Combining the two, he founded FreakerSNEAKS in 2005 to put his imagination on an unconventional canvas: sneakers.

The Air Jordan 4 is just one of these canvases. With about half of his designs being put on the AJ4, it appears that the AJ4 is the sneaker of choice.

After previously making a Jordan “Super Nintendo” IV with buttons on the heel that are actually pressable, it appears that the company has another Super Nintendo 4 on the way.

Dubbed the Jordan “US Super Nintendo” NBA Jam Edition IV, this pair features a grey leather upper with hits of purple on the wings, a grey midsole and a white/grey outsole. Also, there are screenshots of the SNES game NBA Jam on the tongue with the Cleveland Cavaliers going up against the Golden State Warriors. The tongues depict the Cavaliers winning on one, and a “congratulations” screen on the other.

Additionally, the heel counters feature a dark grey directional pad and purple buttons, on the left and right sneaker, respectively. Finally the heel tabs are in white to add a nice contrasting look to the back of the sneaker.

According to HypeBeast, these will be releasing this weekend. The release is limited to just ten pairs and no price has been announced, though if it’s anything like the previous AJ 4 x Super Nintendo, the price should be around $950.

What do you think of the sneaker? Would you cop these or drop? Let us know in the comment section below. 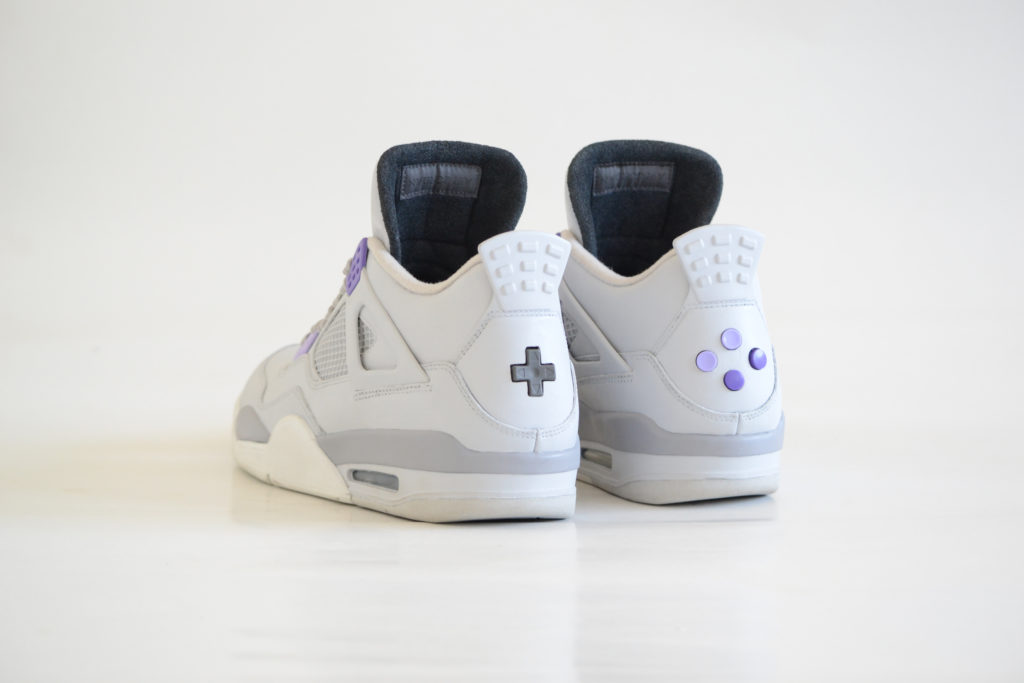 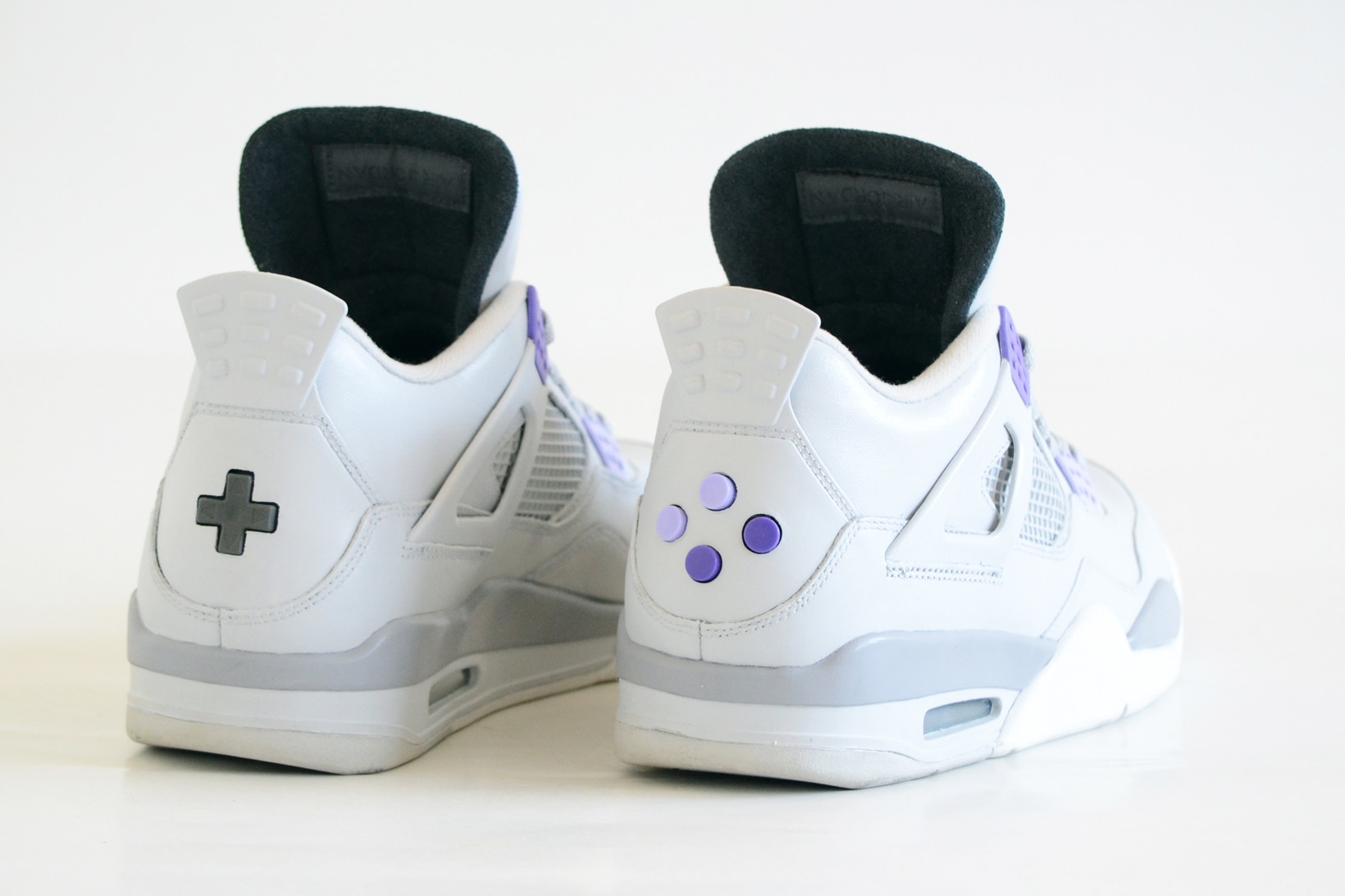 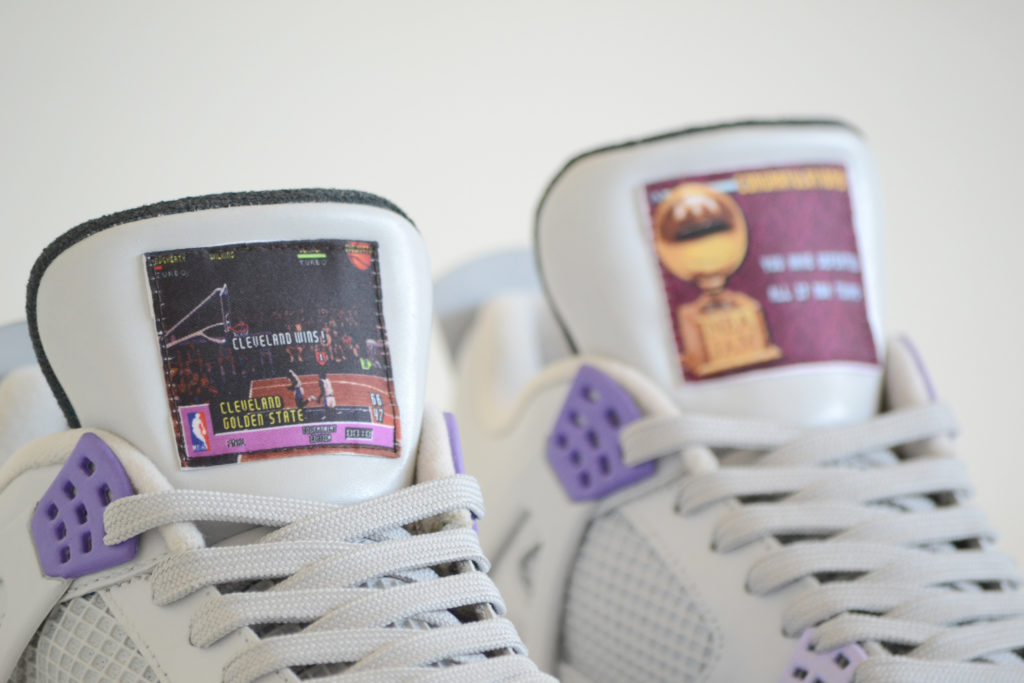 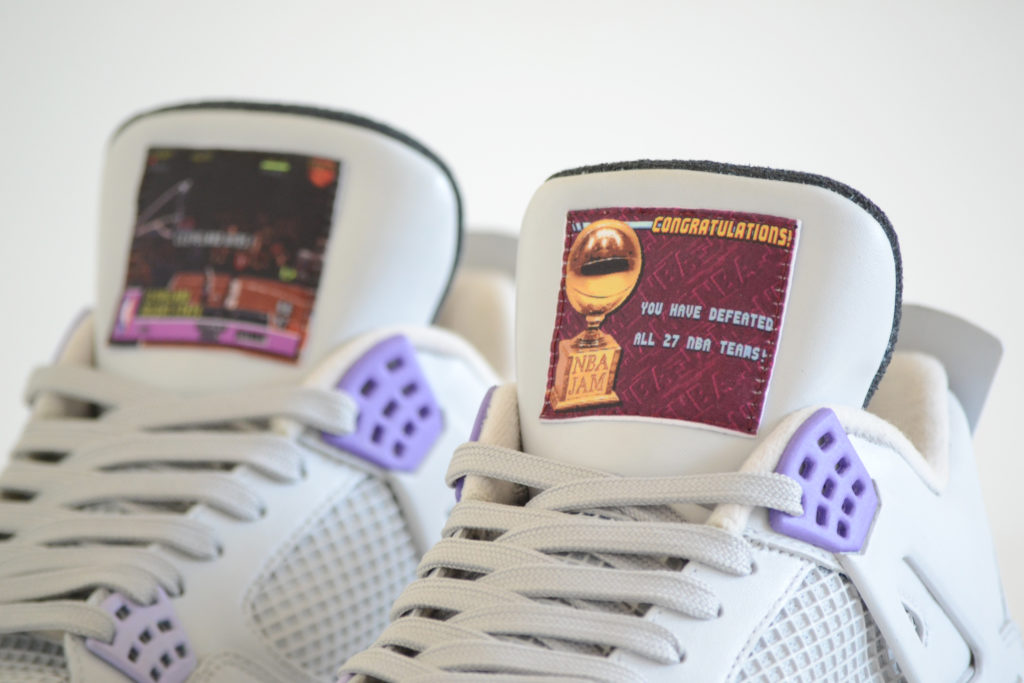