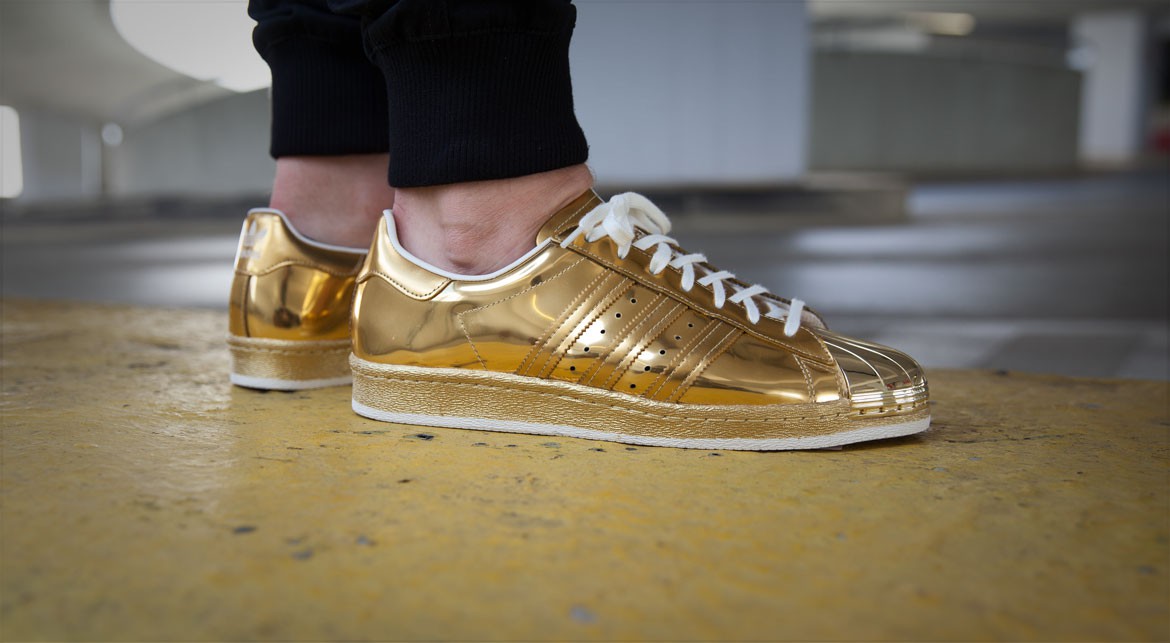 Flashy shoes don’t get any more flashy than this adidas Superstar 80s ‘Metallic Gold’ colorway, which recently dropped on adidas.com.

The classic shell toe sneakers really puts the metallic in Metallic Gold with that shiny foil look all across the upper. That color is contrasted by white used on the laces, collar lining, outsole and trefoil detailing on the heels.

The adidas Superstar was originally released in 1969 as a hoops sneaker, worn by players like Kareem Abdul-Jabbar. The shoe at one point was worn by 75% of the NBA players. The shoe slowly transitioned as streetwear, with the peak occurring when Run DMC rocked the Superstars in the ’80s. 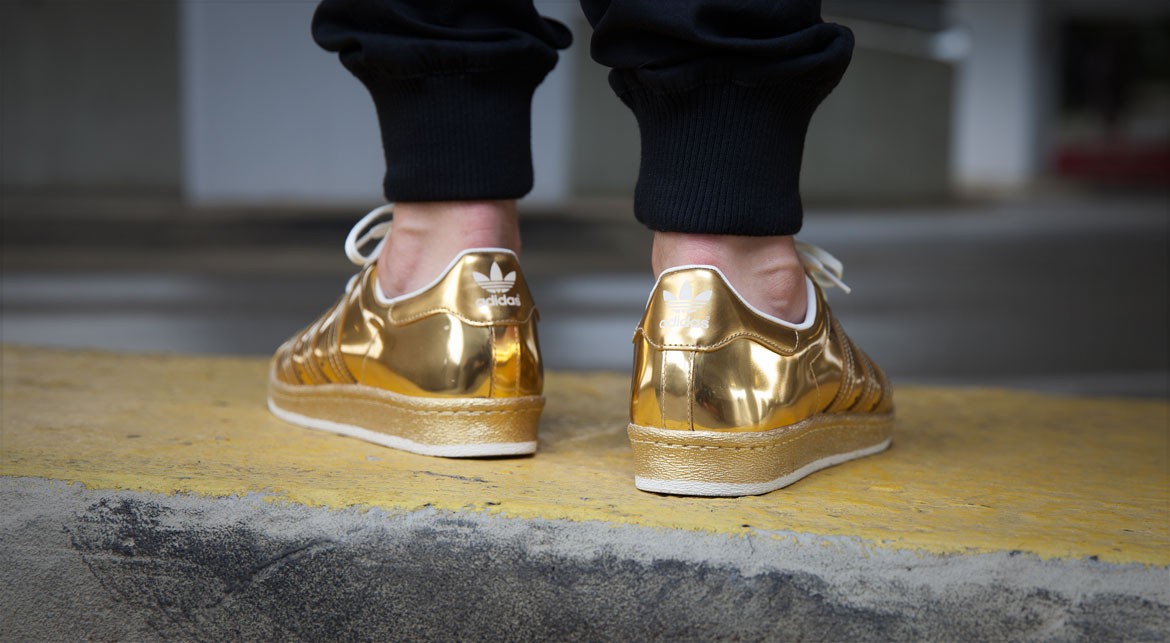 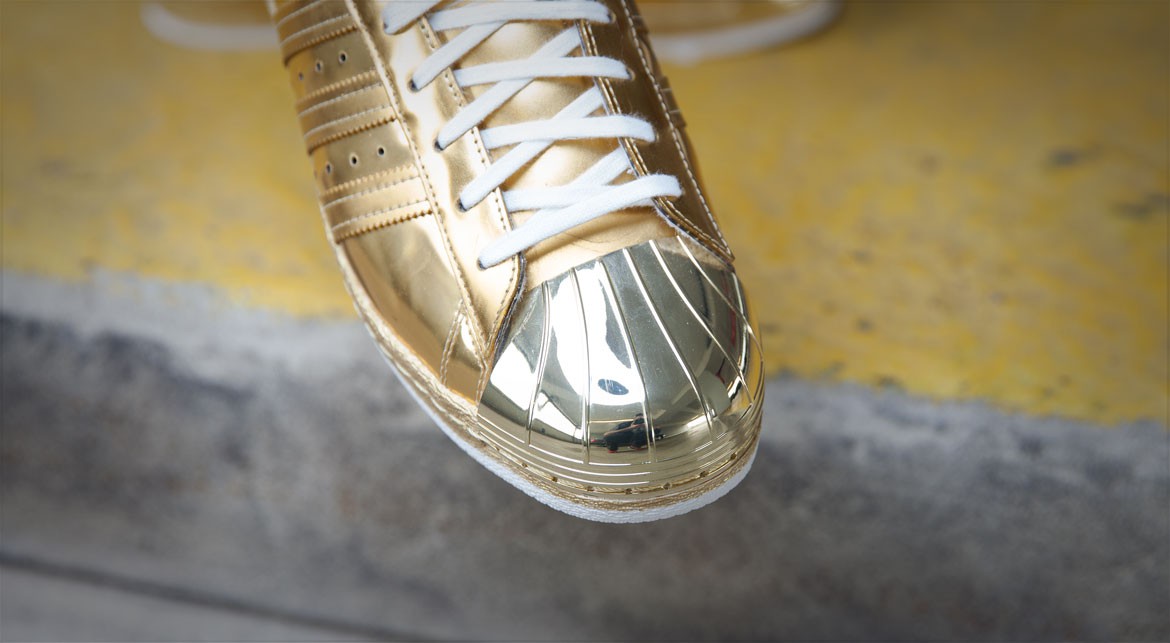 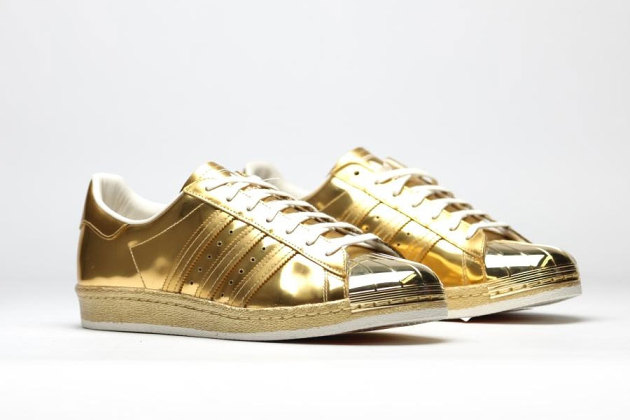 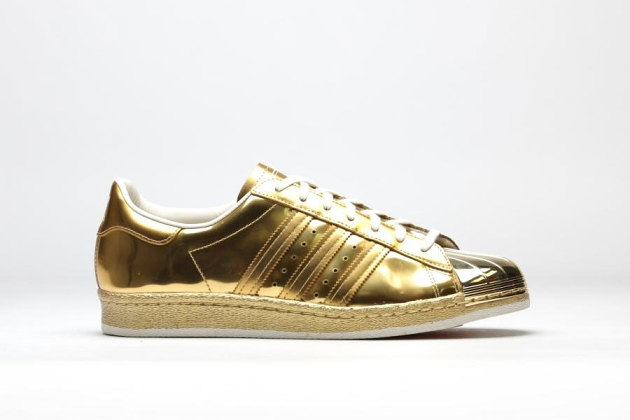 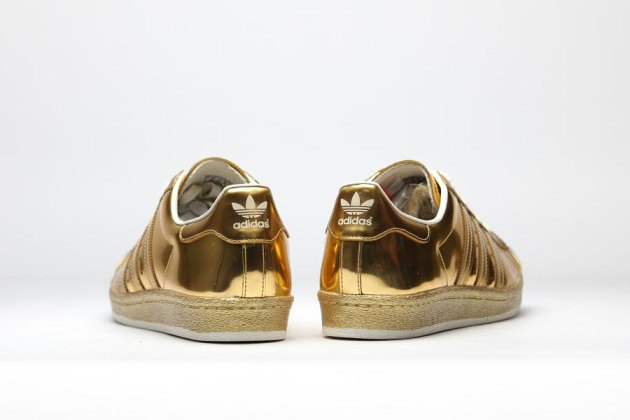