Russell Westbrook is known for bringing out exclusive colorways of the Air Jordan 3 and he has done so again with this new black and orange PE.

As you can see in the photos below, it’s is a pretty standard Air Jordan 3 colorway; the black cement color scheme is used with orange hits (instead of the usual red) on the midsole, eyelets, and tongue.

Westbrook’s last crop of PE’s didn’t see a retail release and it’s doubtful that these will either, but if they did, would you interested in copping?

Sound off in the comments section below or on social media with the #WearTesters. 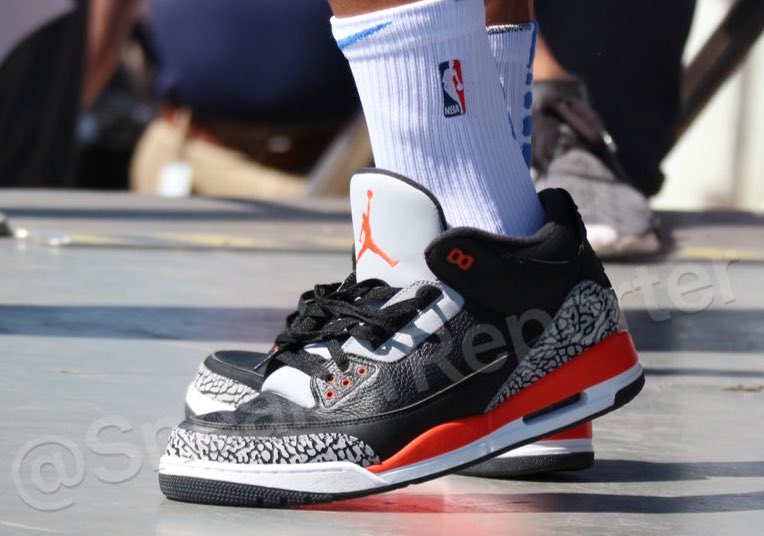 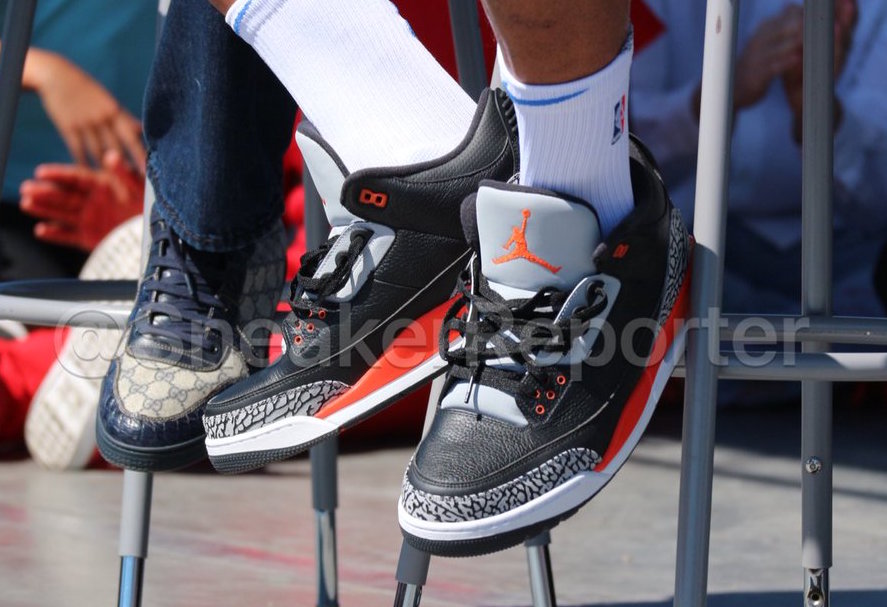