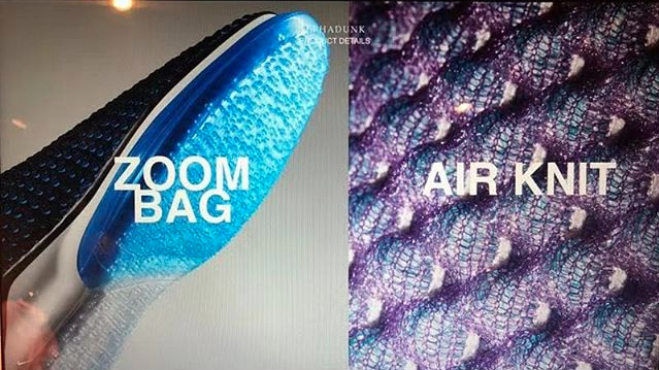 Rumor has it that Nike is rebranding the Hyperdunk line to what will now be known as the AlphaDunk.

This rumor is currently unconfirmed, but Instagram user @street8oy is reporting that the Nike Hyperdunk line is no more. Instead, the line will be rebranded to AlphaDunk — possibly a play on the old Alpha Series mixed with the Hyperdunk series that Nike has been releasing for the past 10 years.

It is also being reported that a brand new material will be introduced on the model called Air Knit. It is likely a lightweight and breathable knit similar to what adidas has been able to achieve with PrimeKnit.

Zoom Air looks to be the cushion option and it could be encompassing the entire forefoot.

Again, nothing has been confirmed at this point so treat this as a rumor for the time being. However, feel free to speculate below in the comment section. Do you feel rebranding the annual Hyperdunk is a good move? Sound off below and let us know.