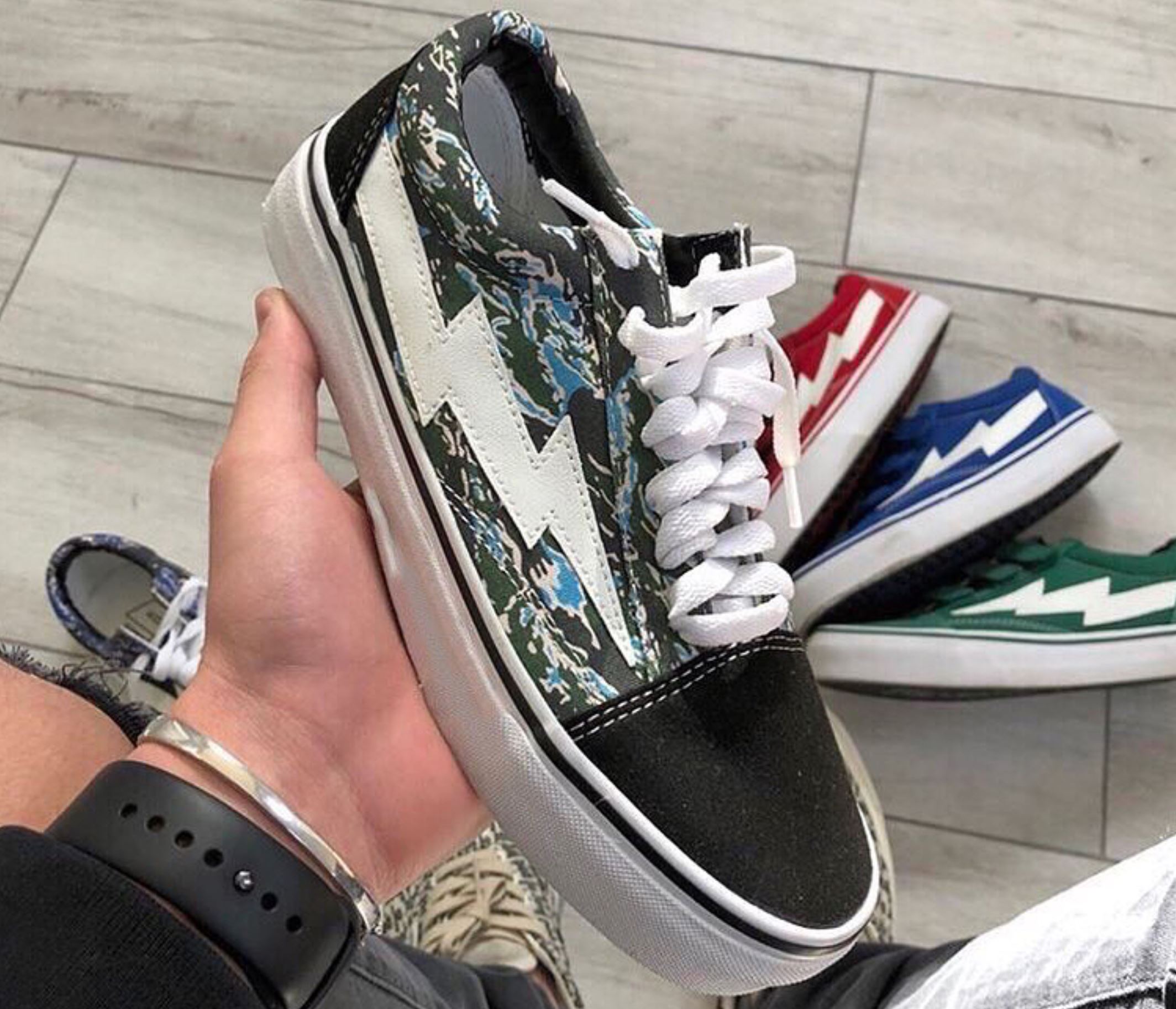 More colorways of the Vans-esque Revenge x Storm sneakers may be coming soon.

As he has slowly made a name for himself one social media outfit at a time, Connors has earned his spot by styling artists such as A$AP Rocky and Wiz Khalifa, and even became part of Virgil Abloh’s creative team.

Connors wanted to do something similar to what Nigo did with the Bapesta, and reimagined one of his favorite silhouettes to create his own. In this case, the Vans Old Skool is the inspiration for this sneaker. Connors flipped it by slapping on a lightning bolt and other Revenge x Storm branding at the tongue and heels.

Last year, the sneaker was released in extremely limited quantities at select retailers and pop-ups. As opposed to the 2017 roll out of mostly solid color schemes, it looks like Connors may have some “Tiger Camo” iterations lined up for 2018. Below, you can get a look at the rumored blue/black, green/orange, and green/blue “Tiger Camo” models rumored to drop this year.

An official release date is still unknown but be on the lookout for any announcements from Connors. You can expect these to retail for $200.

What are your thoughts on these new colorways and Revenge x Storm as a brand? Let us know in the comments below.