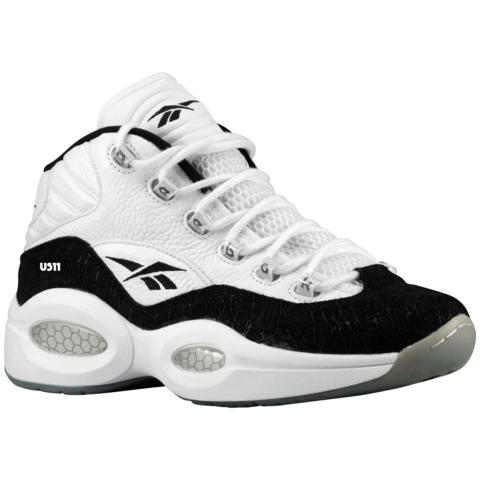 Reebok isn’t done with the Question Mid yet, and this upcoming colorway comes as a blast from their catalogue past.

This pair was originally released as a low top, but it looks like we’ll be getting them slightly altered in 2015 with a mid top version. The Reebok Question was designed to pay homage to one of A.I.’s favorite on-court shoe, and this colorway highlights their resemblance in an obvious way. Ironic how A.I. stopped Nike from releasing a shoe that allegedly paid homage to him via a colorway, yet he will allow his own brand through Reebok to do the same thing without a second thought.

No word on a release date at the moment, but stay tuned for updates as they come.