The Reebok Question Mid ‘Draft Day’ is set to release in 2013 but did you know that the entire makeup of the shoe is just a rehashed version of a previous Question Mid that never made it into production?

Back when A.I. was sent to Detroit to play for the Pistons, Reebok created this special pair of Question Mid’s to celebrate. With a full grain leather upper – nubuck is used on the upcoming version – and the 313 area code at the base of the laces, it’s obvious that this pair was made for A.I.’s Detroit days as it even sports the #1 on the heel… which doesn’t stand for #1 Draft Pick this time.

What do you think about Reebok re-using old ideas and changing the theme? I actually don’t mind especially since the Draft Day’ version looks cleaner with the nubuck upper – in my opinion.

If you are a hardcore collector then you may want to check out the listing for this sz 11 1 of 1 sample. 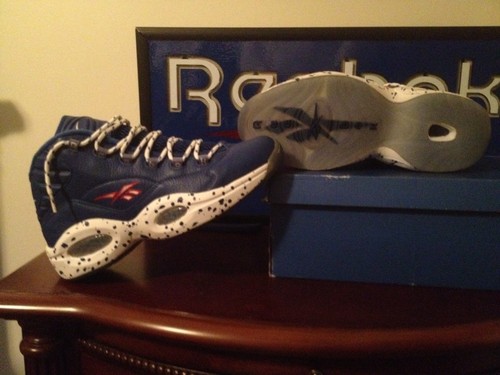 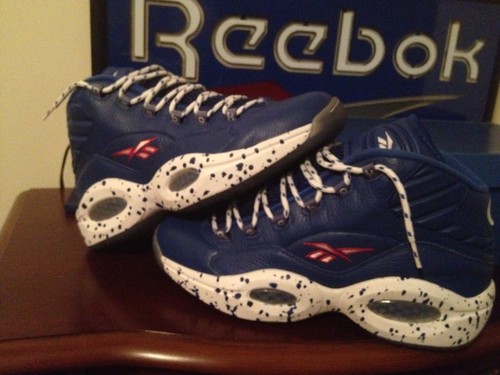 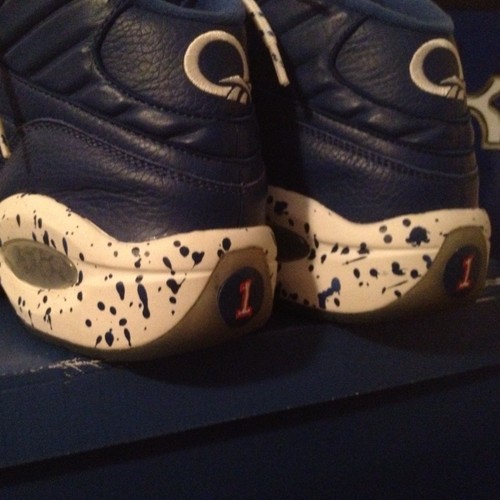