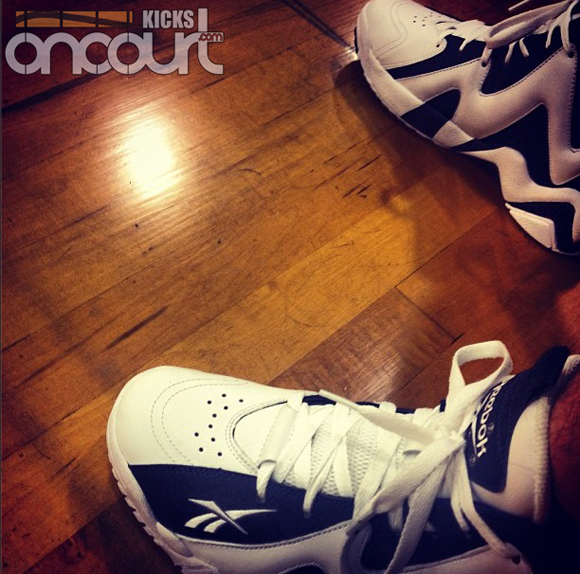 To my surprise, I ended up really enjoying these the more I played in them… 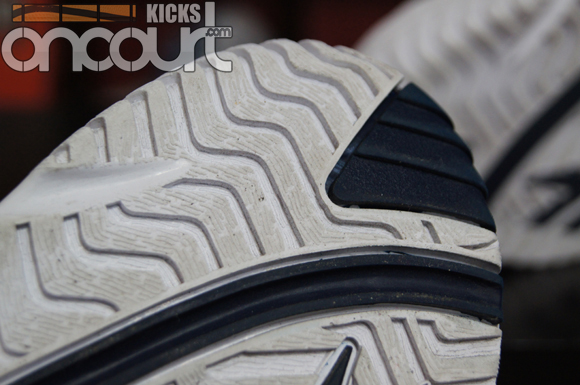 Traction – I was unsure if the surface would be able to provide adequate traction when I first saw them but they were sufficient. Nothing really spectacular and nothing aweful… just a solid performing outsole from front to back. If you are on a debris ridden floor then you may experience some slight slipping on sudden stops and lateral movements but the shoe is able to ‘catch up’ with you which is good as it will minimize your slight setback on reaction speed. This is one shoe that I would totally recommend for outdoor use. The rubber is thick and rugged, perfect for lasting you a while if you hoop outdoors on the regular. 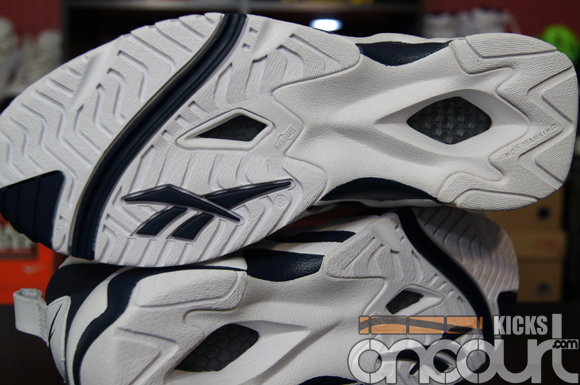 Cushion – Hexalite is featured at the heel and forefoot which absorbs quite a bit of impact… much more so than ZigTech – shots fired. An Ortholite insole provides you with a wonderful step in feel… just don’t confuse step-in comfort for cushion, they aren’t the same thing. Now… the midsole is the strangest part. I still don’t know what it is. Its too light to be polyurethane and too dense to be phylon. These originally released in 95/96 (same year as the Air Jordan XI) so I don’t see why Reebok would continue to use an outdated material such as polyurethane when other foams were available at the time… maybe its a mixture between the two. All I know is this… it takes some time to break-in but with each wear they get a bit more comfortable. Transition will feel a bit clunky at first but if you are used to wearing older sneakers then this shouldn’t be a problem for you. 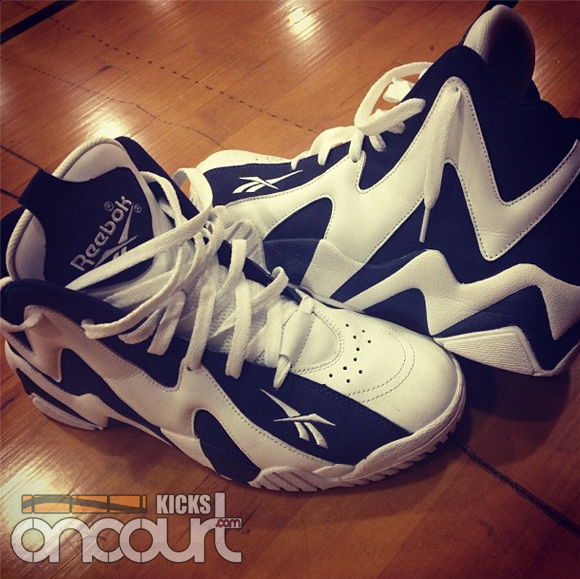 Material – Most of the colorways offer nubuck and leather uppers while some of the newer flashy colorways feature leathers and synthetics. I’ll be perfectly honest, the build works but Reebok offers consumers much higher quality materials in a lot of their other models – yes, Retro models are included with that statement. While the materials aren’t premium, they are good enough and require little to no break-in time so that’s a plus. I can’t complain too much because everything worked perfectly fine… just know that if this is your first Reebok experience, they offer so much more with their other lines such as the Question and Twilight Zone Pump.

Fit – They fit true to size but leathers will stretch once broken in so I decided to go down 1/2 size for this pair. I have a pair that is my usual size which are worn casually and those fit perfectly fine but for performance, I personally want to have a very snug and contained fit. If you find that these have stretch too much for you then double socks or an additional insole will help you out.

Lockdown is surprisingly good for a shoe this old and made of raw materials. The fit was never compromised at any point in time and the midsole even lends a helping hand as it cups your foot which helps keep your foot in place. 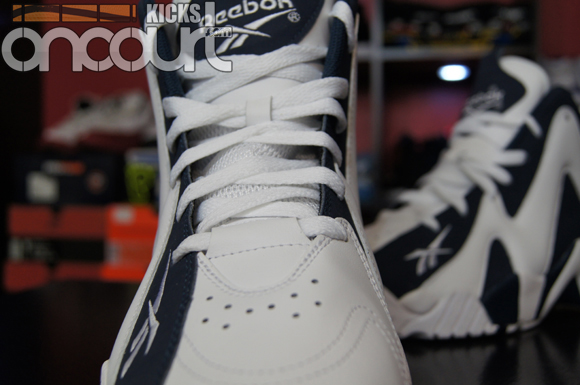 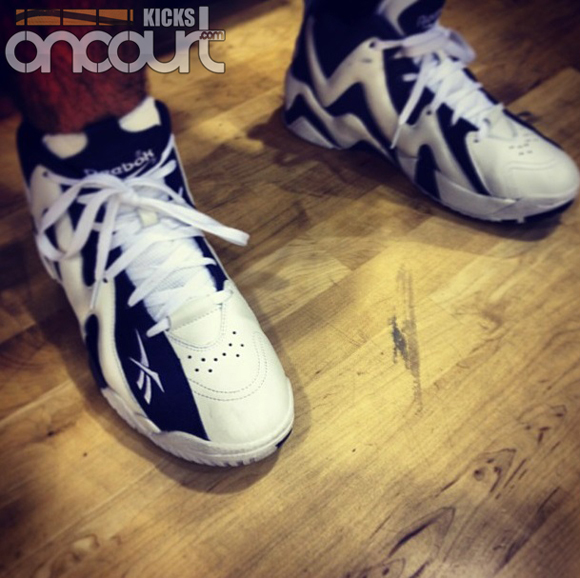 Support – The support comes from the fit for the most part. Midfoot and heel lockdown are great while the midsole acts like a heel counter. There is a molded arch in place at the midfoot but I don’t know if it would be enough for those that have higher arches; however, those with high arches are typically told to wear orthotic inserts to compensate for their issue. 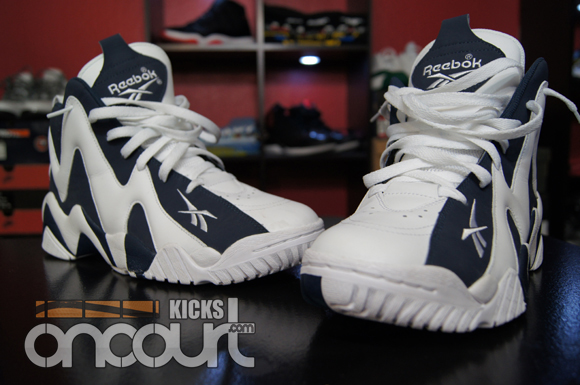 Overall – I was a bit hesitant to wear these on-court at first and really thought I was asking to get injured – I realize it looks that way quite often but I assure you its not true – but I was surprised and happy with the outcome. Towards the end of my run in the Reebok Kamikaze II, I began to find myself actually wanting to lace them up instead of just doing it for the review. As I said above, the more you wear them the better they became.

I’d still primarily recommend those that hoop outdoors to wear these because they will hold up but they are perfectly suitable for indoor hoopers as well… even ones that play on less than pleasant court conditions.

Retro or not… you can play in these… because they are basketball shoes. 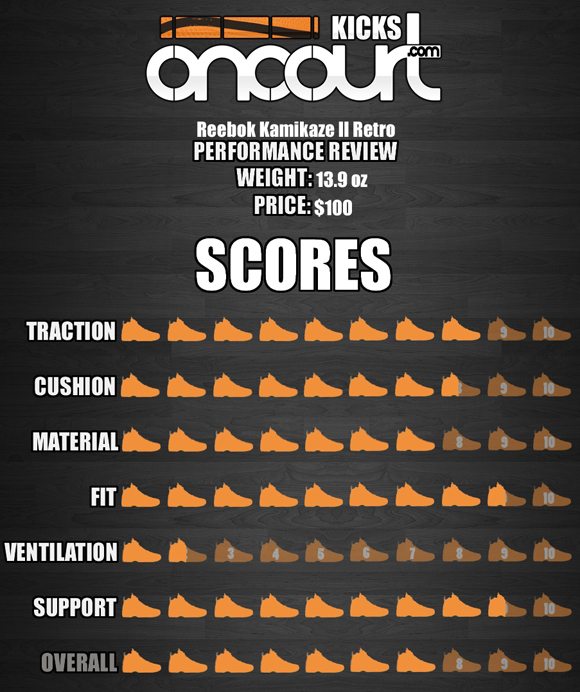