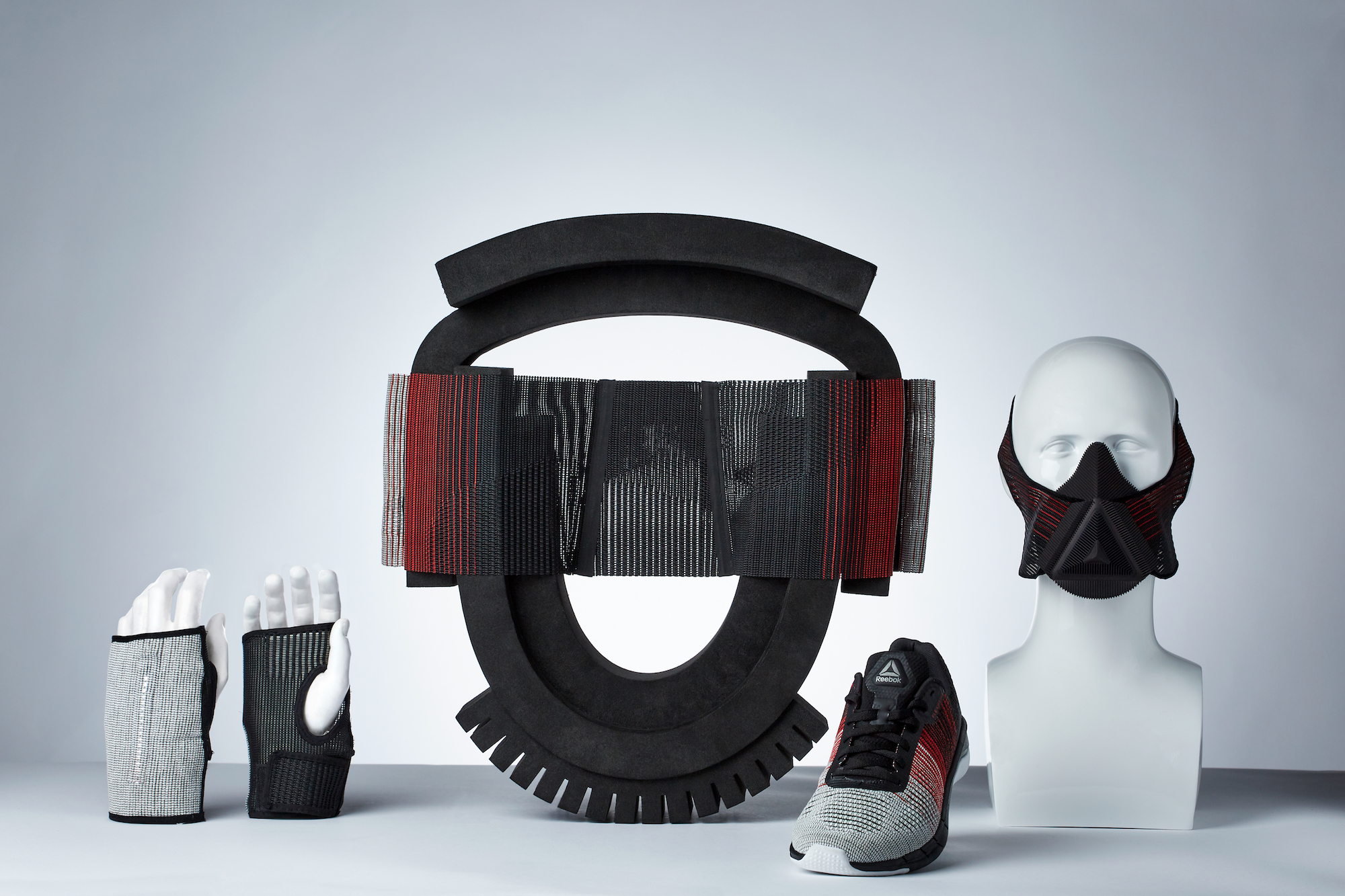 Designed to be utilized on sneakers, Reebok’s Flexweave technology is a revolutionary new material that is incredibly versatile.

In its Woven into the Future partnership with artists MODLA, Odd Matter, and Joe Doucet, Reebok aims to introduce this material with prototypes used on an altitude-training mask, an “active seat,” and a pair of GPS-enabled gloves. 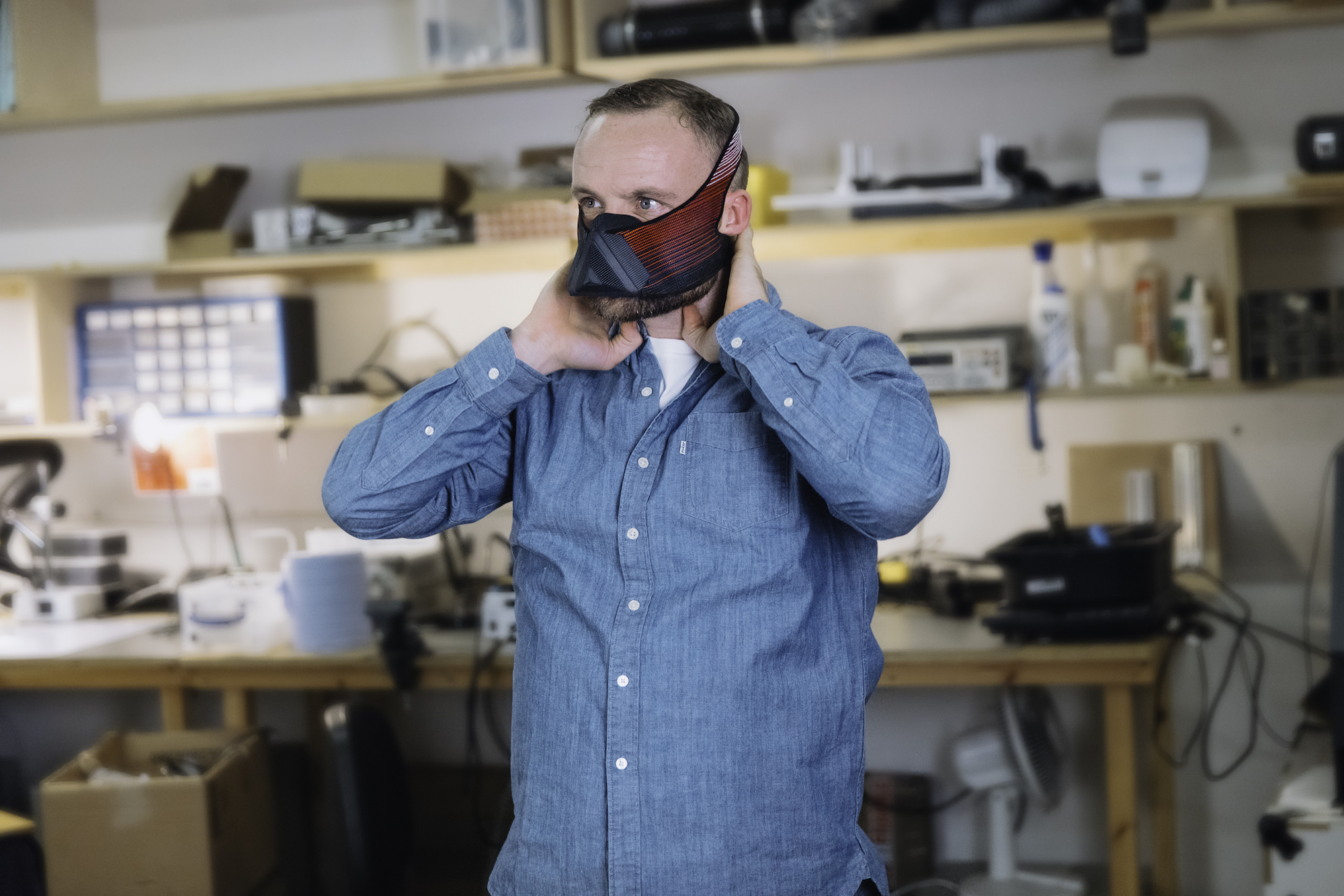 Co-created by Jon Fidler and Richard Goddard, MODLA is innovative powerhouse that utilizes 3D printing technology to push creative boundaries. The altitude training mask, created with 3D printing on the nose and mouth area, features Flexweave strapped around the face and epitomizes the flexible and versatile tendencies of the new material.

“I do a lot of high intensity training so I’m interested in how such equipment works, functions and can help improve performance,” said Fidler in a statement. “But we also saw the potential in the aesthetic of the Flexweave material, to create something which would blend with the mask and align with the contours of the wearer’s face.”

“As it happens, the Flexweave material provided even more benefit than just the aesthetic and was amazing to work with. It’s strong and durable, so perfect for a product that will get a lot of wear and tear; while also incredibly lightweight, making it breathable on the face for athletes when training,” continued Fidler.

Upon the creation of its furniture series of “active sitting” chairs, Odd Matter played with the structural prospect of Flexweave by showcasing the technology’s versatility through a combination of Flexweave and malleable EVA foam.

“The inspiration for the chair came from the Flexweave material itself,” said Els Woldhek of Odd Matter in a statement. “Whilst experimenting and playing with the fabric we were very intrigued by its behavior, structure and strength under tension. From there we wanted to create an object that played with that tension, a bit like the string of a bow, something in which the tension and strength is palpable.” 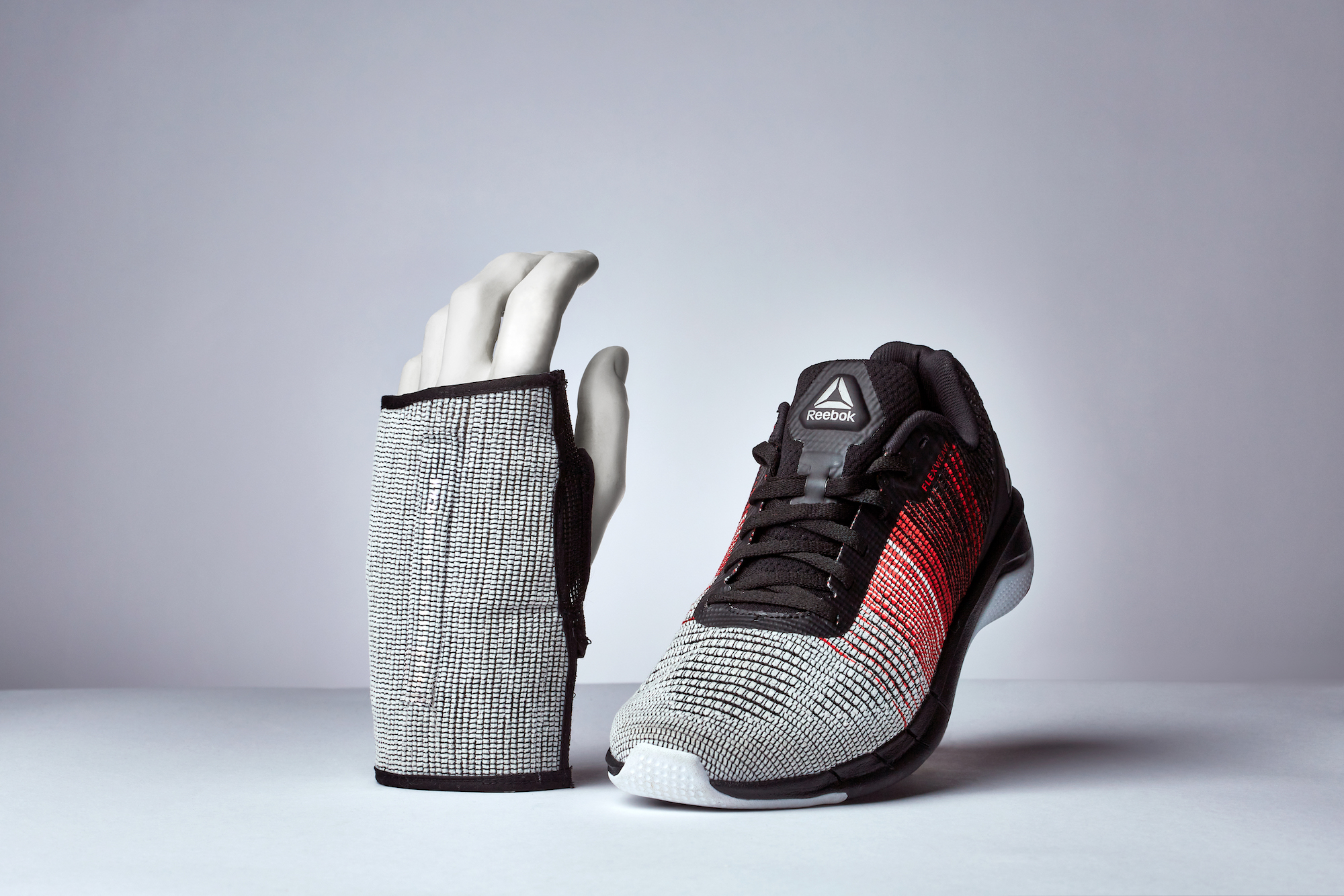 Featuring Flexweave, Reebok’s running gloves comes with form-fitting abilities to maximize comfort while featuring the sweat-absorbing capabilities; the prototype was also designed with the vision of being GPS-enabled, guiding wearers through their runs with flashing LED lights to indicate when to turn left or right.

“My inspiration was to capture the unique qualities of the Flexweave technology through something advantageous to an active lifestyle,” said Doucet in a statement. “The strength, flexibility and multi surface durability of Flexweave led me to the idea of a ‘smart’ running glove with a sleek, stylish silhouette. With the form crafted by Flexweave, the next stage of development would be GPS integration paving the way to a new frontier in wearable technology.” 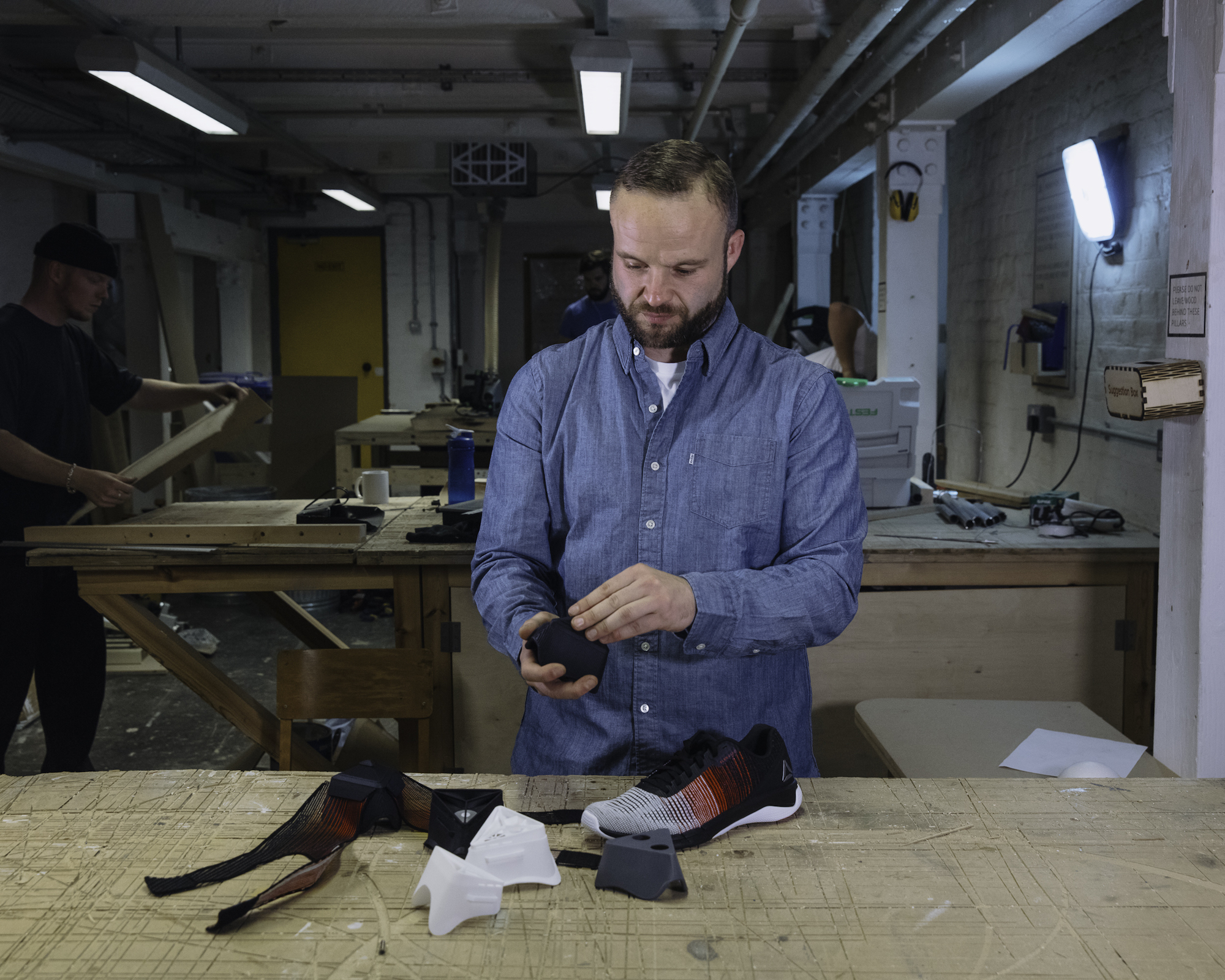 These collaborations are only the first steps to integrate Flexweave into Reebok’s product lineup. Customers can learn more about the new technology at the Reebok Innovation Collective website called ‘Create Your Weave’. The brand is preparing upcoming partnerships with the likes of Huntsman & Sons and superstar WR Brandin Cooks in 2018.

To learn more about Flexweave, check out the CrossFit ready Reebok Nano 8.

What would you use Reebok’s Flexweave technology for? Let us know in the comment section below.