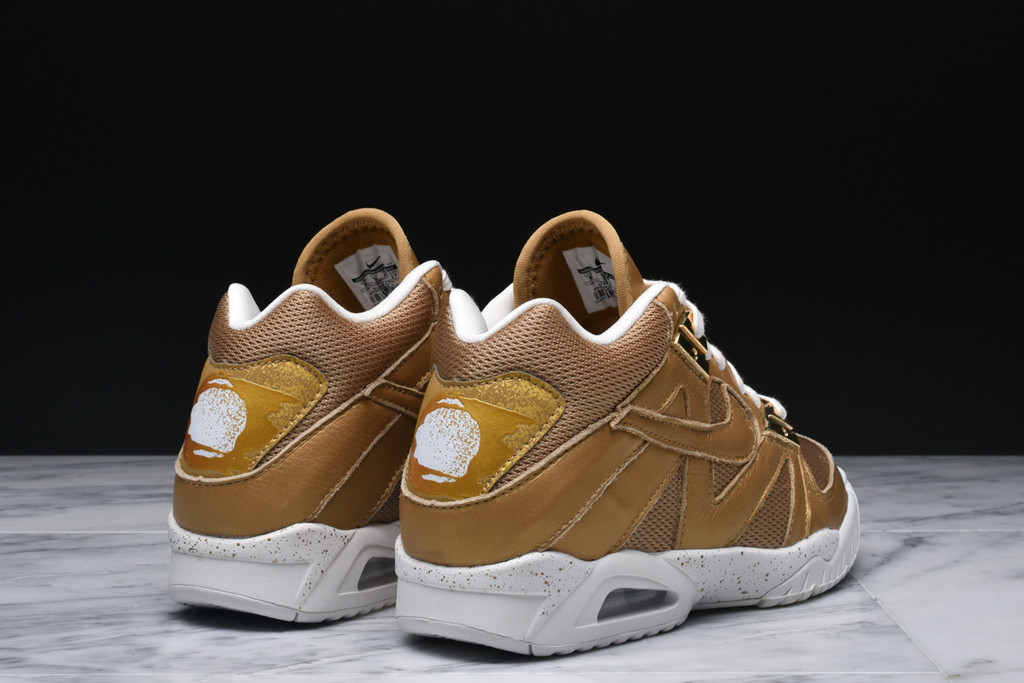 Inspired by the silver gilt cup (that quite honestly looks gold) for the Wimbledon men’s singles winner is the very golden Nike Air Tech Challenge 3 ‘Wimbledon’.

The shoe takes touches of Metallic Gold throughout the shoe, although each material features a different shade including the dull mesh, the more colorful leather panels, as well as the shiny lace toggles. Gold speckling touches up the white midsole, completing the winning colorway.

The model was another in the line of flamboyant tennis shoes that Andre Agassi wore back in the early ’90s, with his flaming tennis ball logo featured prominently on the heel of the shoe.

You can pick up the Nike Air Tech Challenge 3 ‘Wimbledon’ for $150 at Nikestore by clicking HERE. 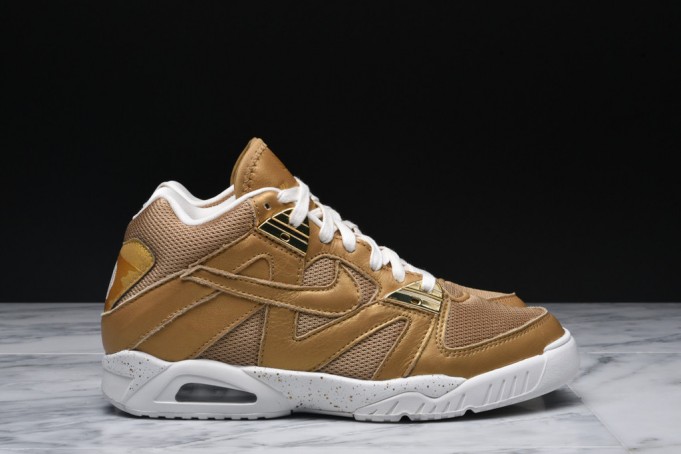 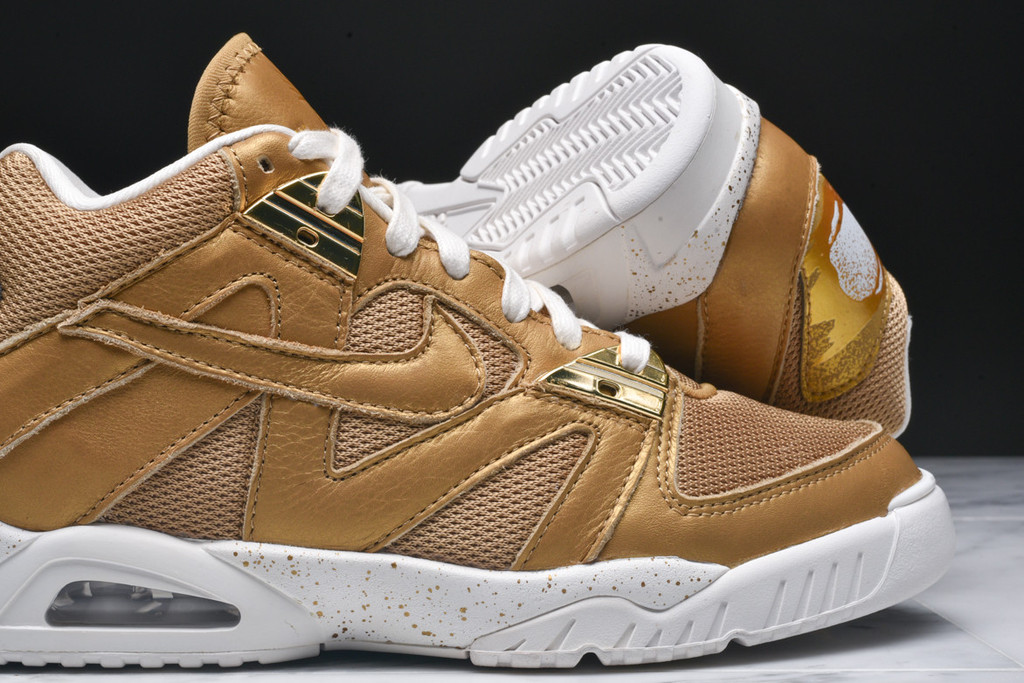