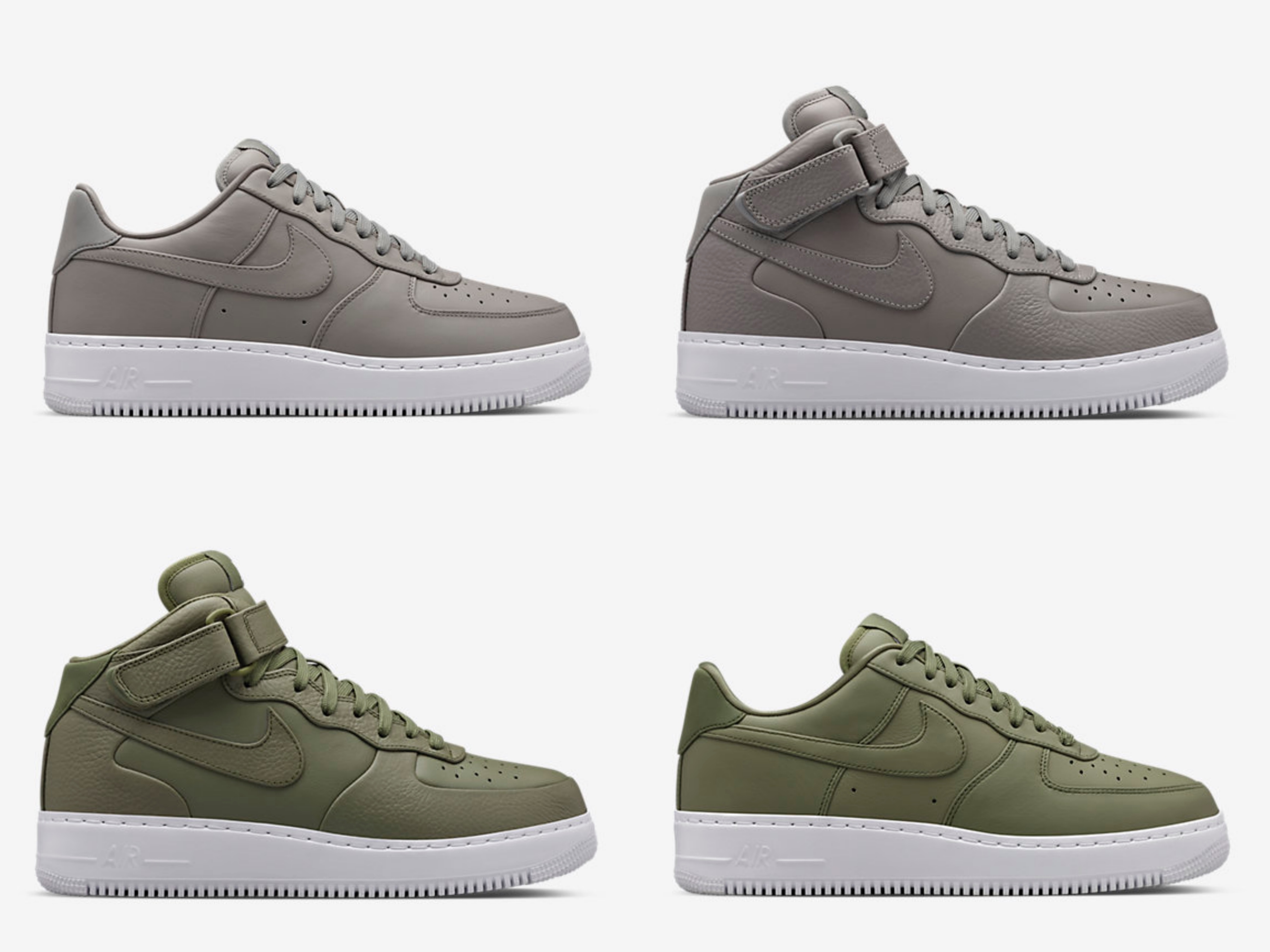 Premium leathers once again return on the classic Nike Air Force 1, this time in grey and green monochromatic uppers in mid-top and low-top form.

Nike Lab colorways have consisted of that singular color upper and white sole combo on most sneakers and these Air Force 1s are no different. This time, the leather used is of the smooth variety, which contrasts the tumbled look on previous versions.

The AF1 model originally released 1982 and was named after the president’s plane. Surprisingly, the shoe was discontinued that year and was re-released later in 1986, adding the Nike Air font that we see today.

Click HERE to purchase the NikeLab Air Force 1 Mid in Urban Haze or Light Charcoal for $165.

Click HERE to purchase the low-top version in those colors for $150. 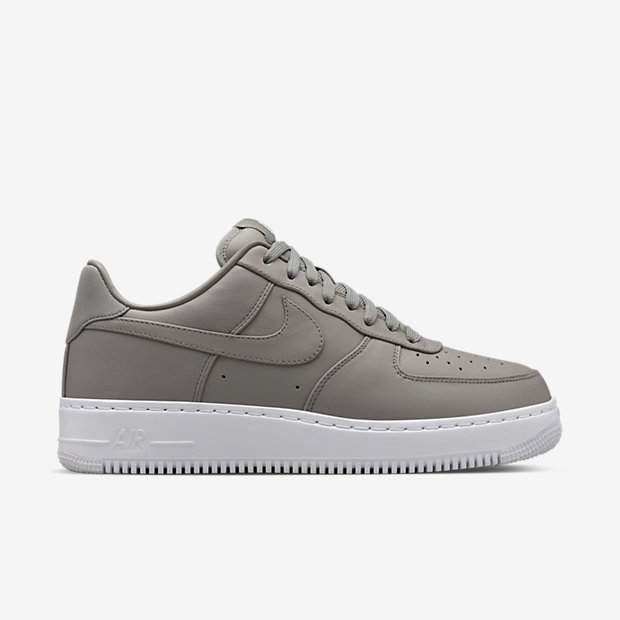 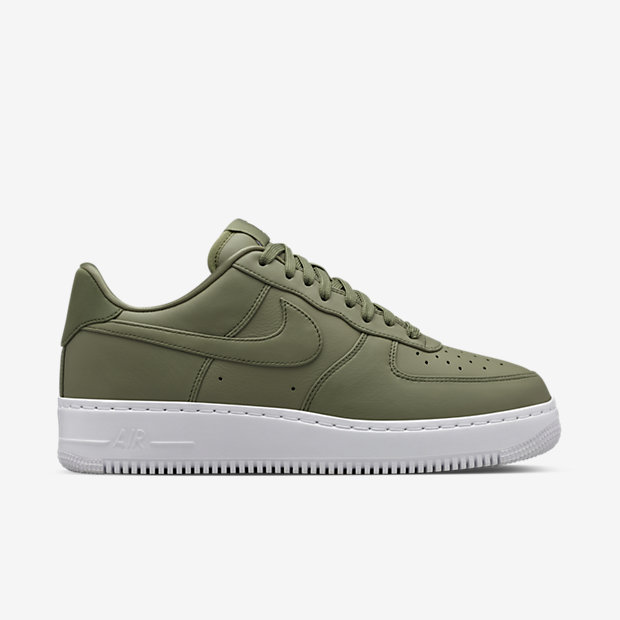 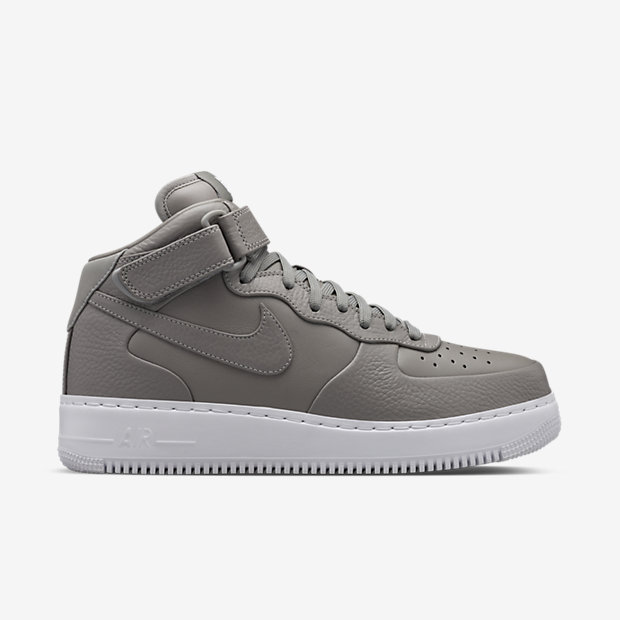 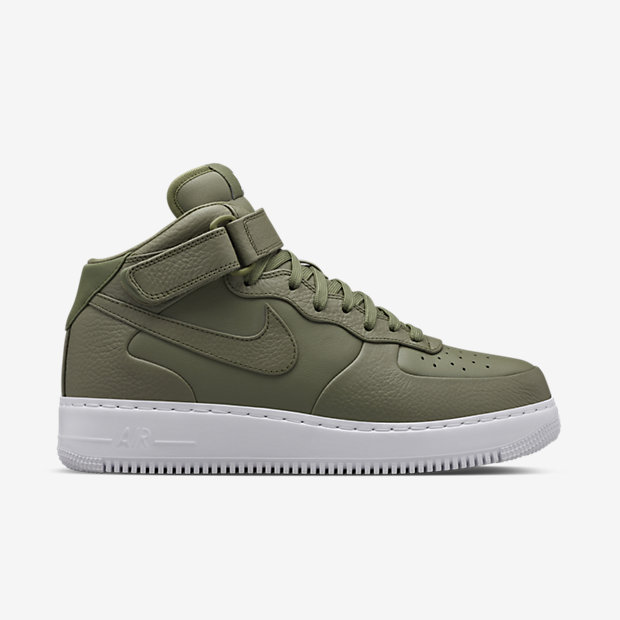