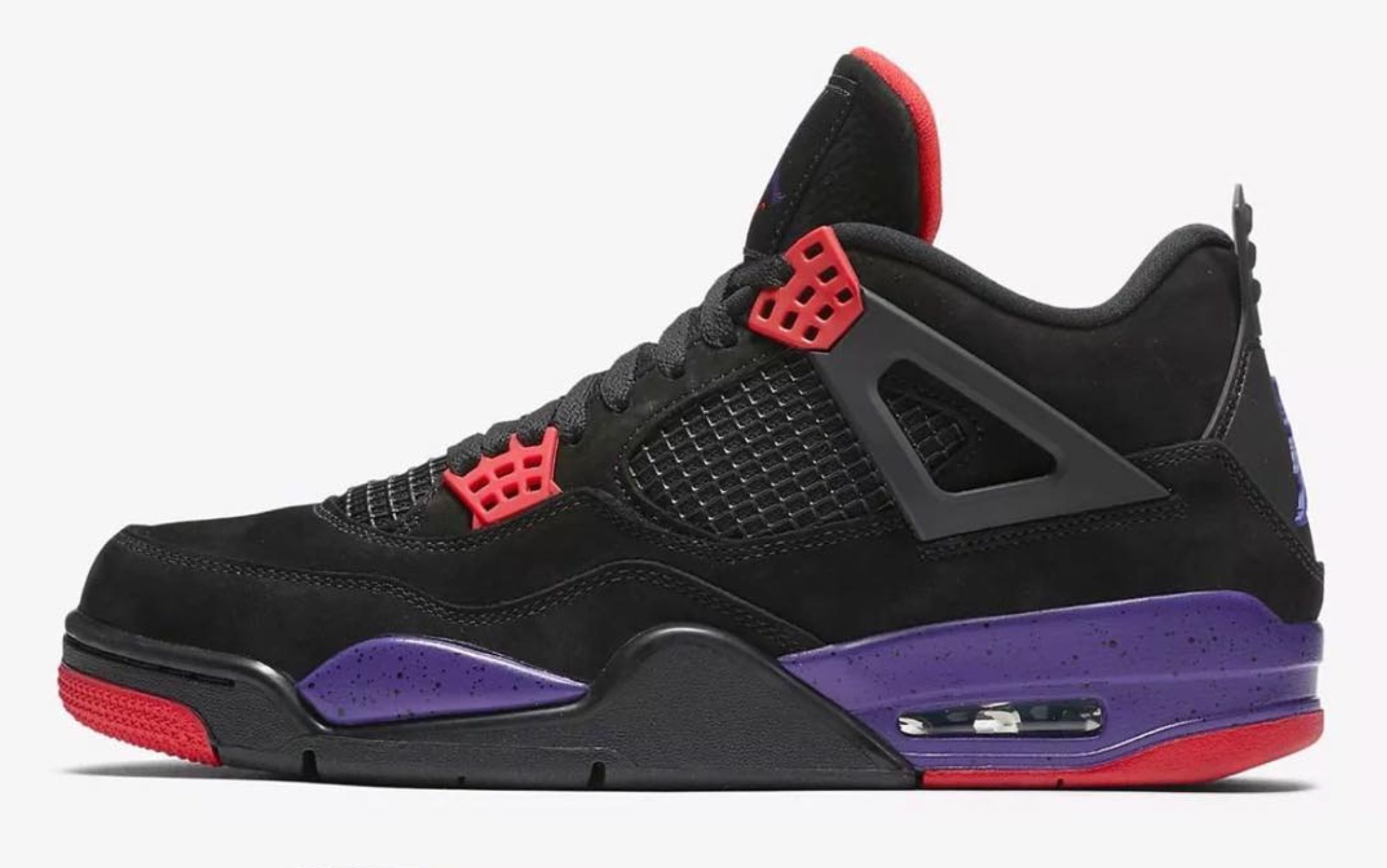 After months of speculation, leakers may have finally pinned down a release date for the highly coveted Air Jordan 4 Retro NRG ‘Raptor’ in the historic black and purple colorway.

The Air Jordan 4 ‘Raptors’ sports the Toronto Raptors colorway Vince Carter used to wear with dark shades of red and purple with a full black suede as upper. Initially branded as an OVO Drake collaboration, the release of the sneaker was ultimately delayed and rebranded due to former Jumpman endorser Drake jumping ship to adidas.

The Air Jrodan 4 Retro NRG ‘Raptors’ is releasing on August 18 with a retail price of $190, according to leaker @py_rates.

Will you be trying to get you hands on this Air Jordan 4? Let us know in the comment section below. 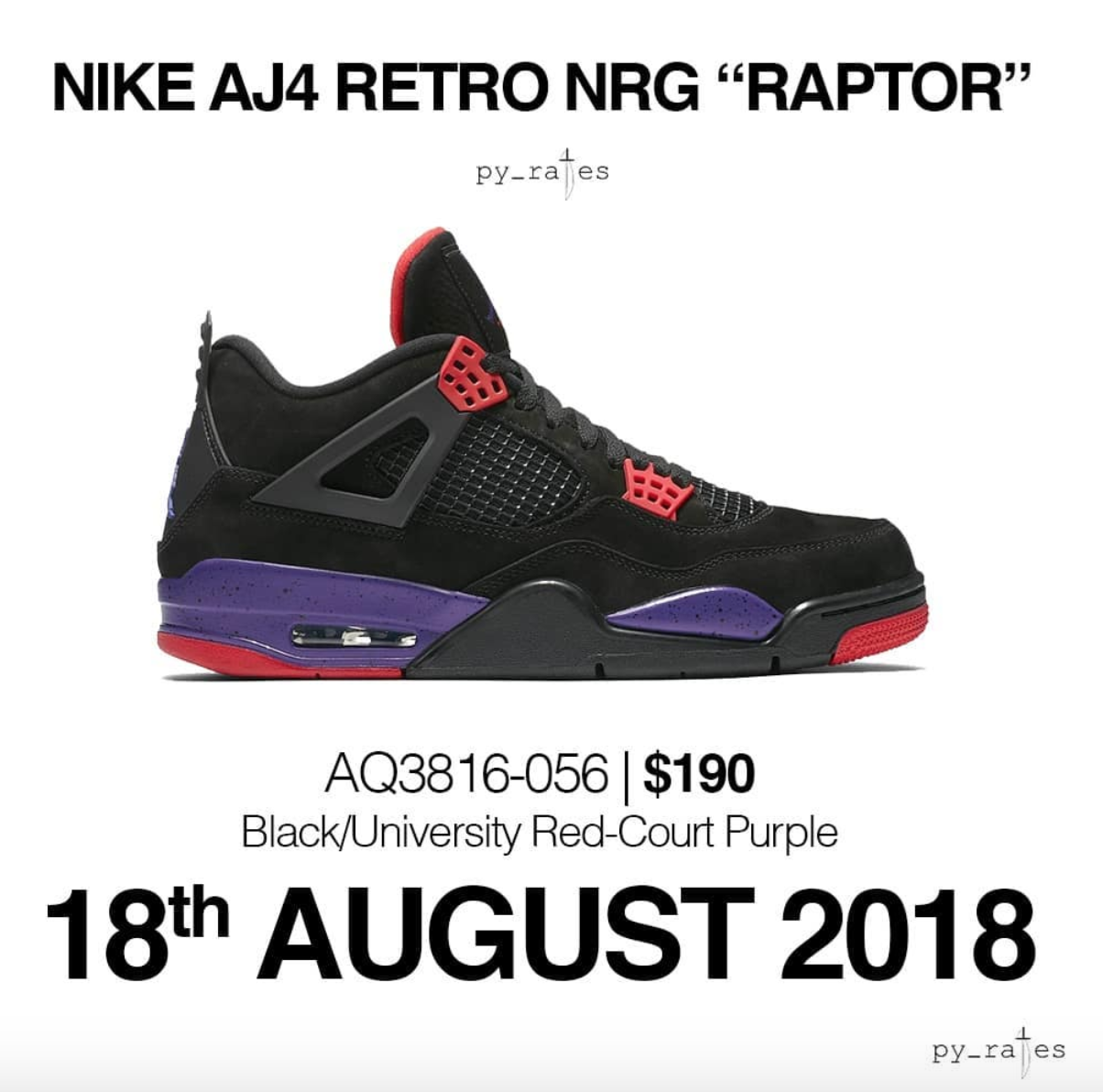