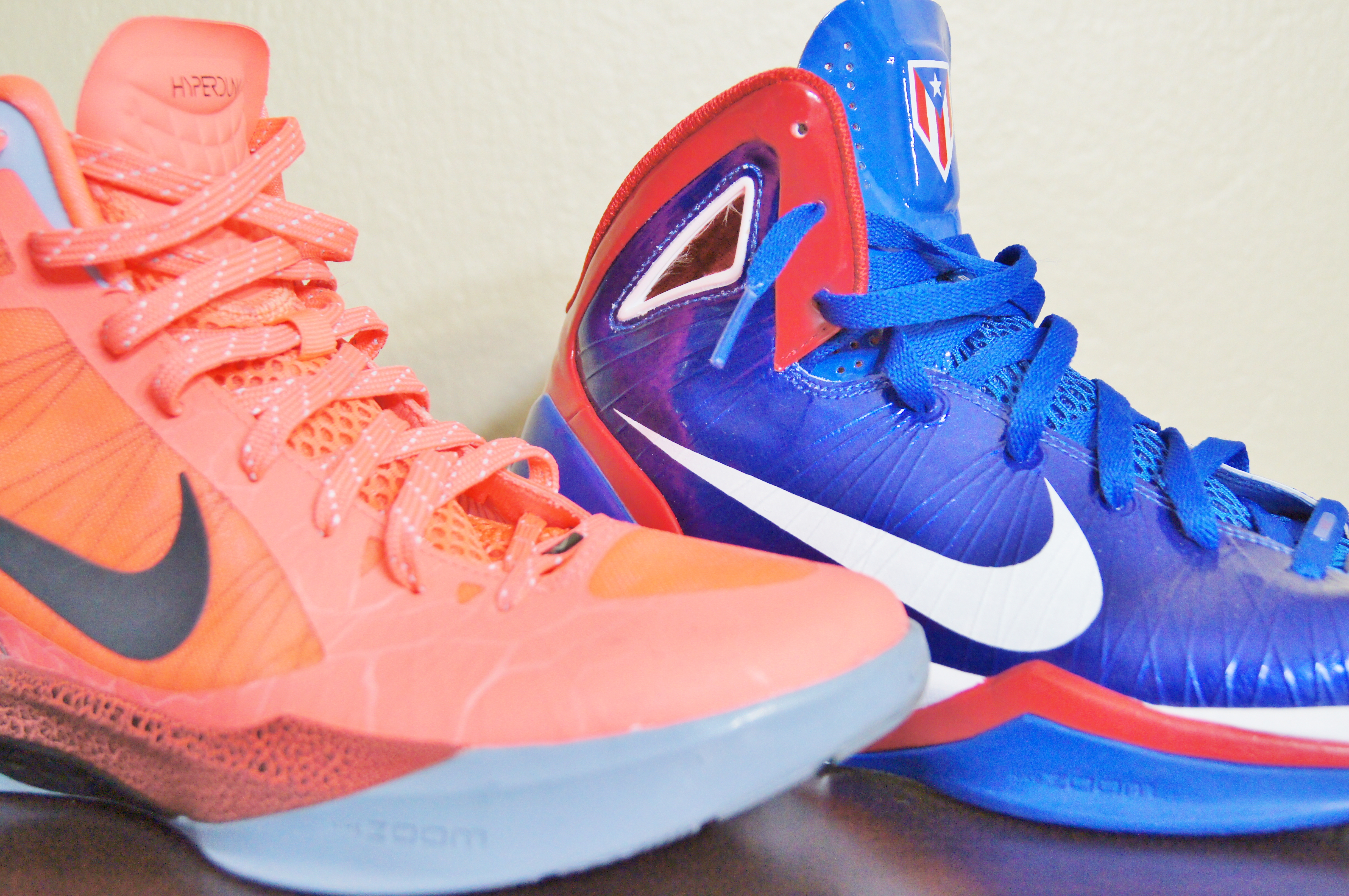 A quick performance teaser along with a side by side comparison with the Hyperdunk 2010.

Hit the jump to read on…


*click on the images to enlarge them for greater detail* 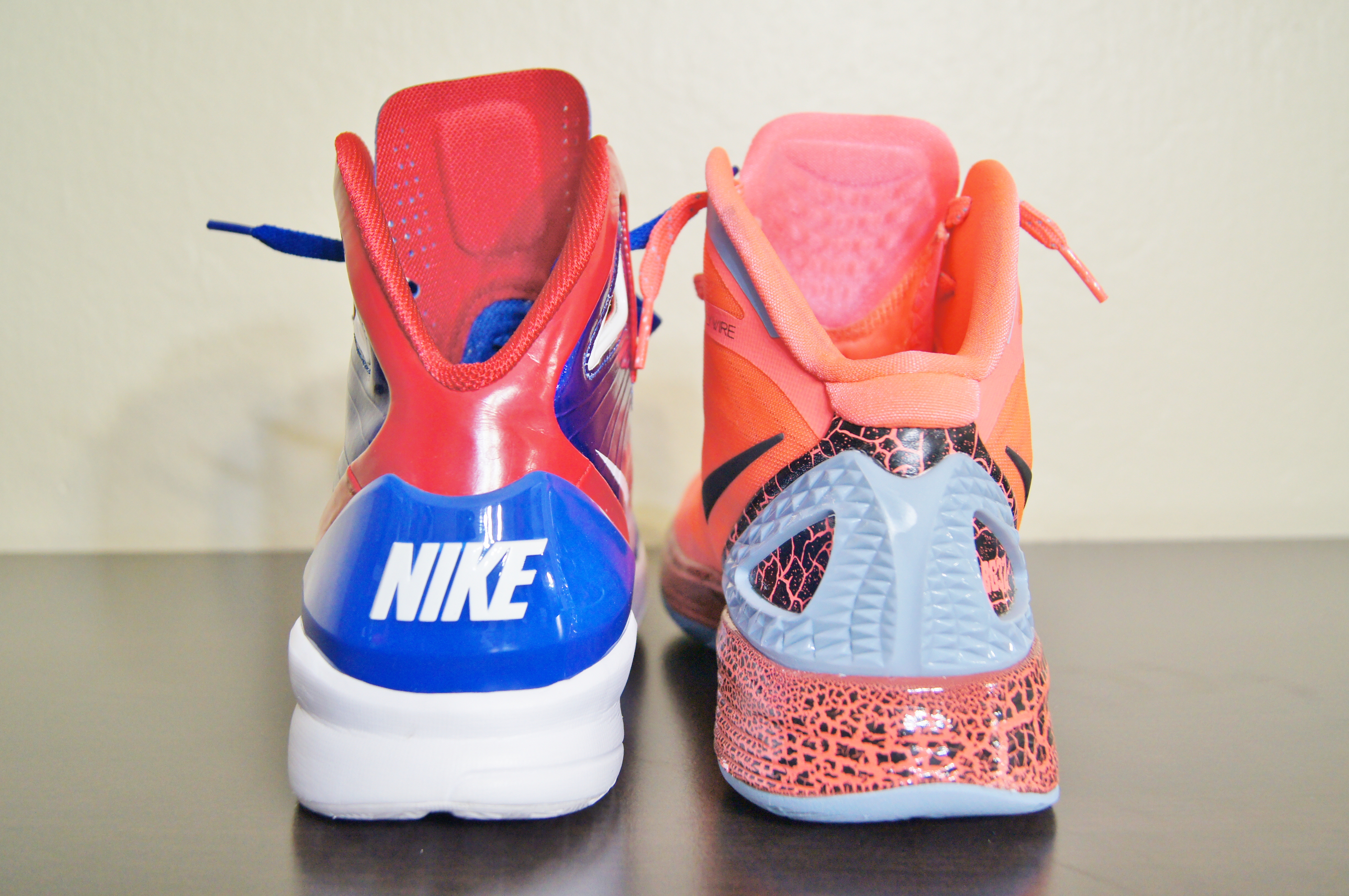 There are a few differences between the the two versions of the Hyperdunk that I feel are both good and bad. The height of the HD 2011 is slightly lower than the 2010 while the heel area sits just a tad bit higher. I loved both in this area and really couldn’t tell if one worked better than the other.

The heel cup sits a little higher and is shaped a little differently. There are also two areas that are removed much like the Kobe VI’s heel cup. This reduced weight, barely, yet did not give you less coverage in the area… they both worked but I would prefer the HD 2011’s version since it worked perfectly fine while shedding some weight, even if only a little. 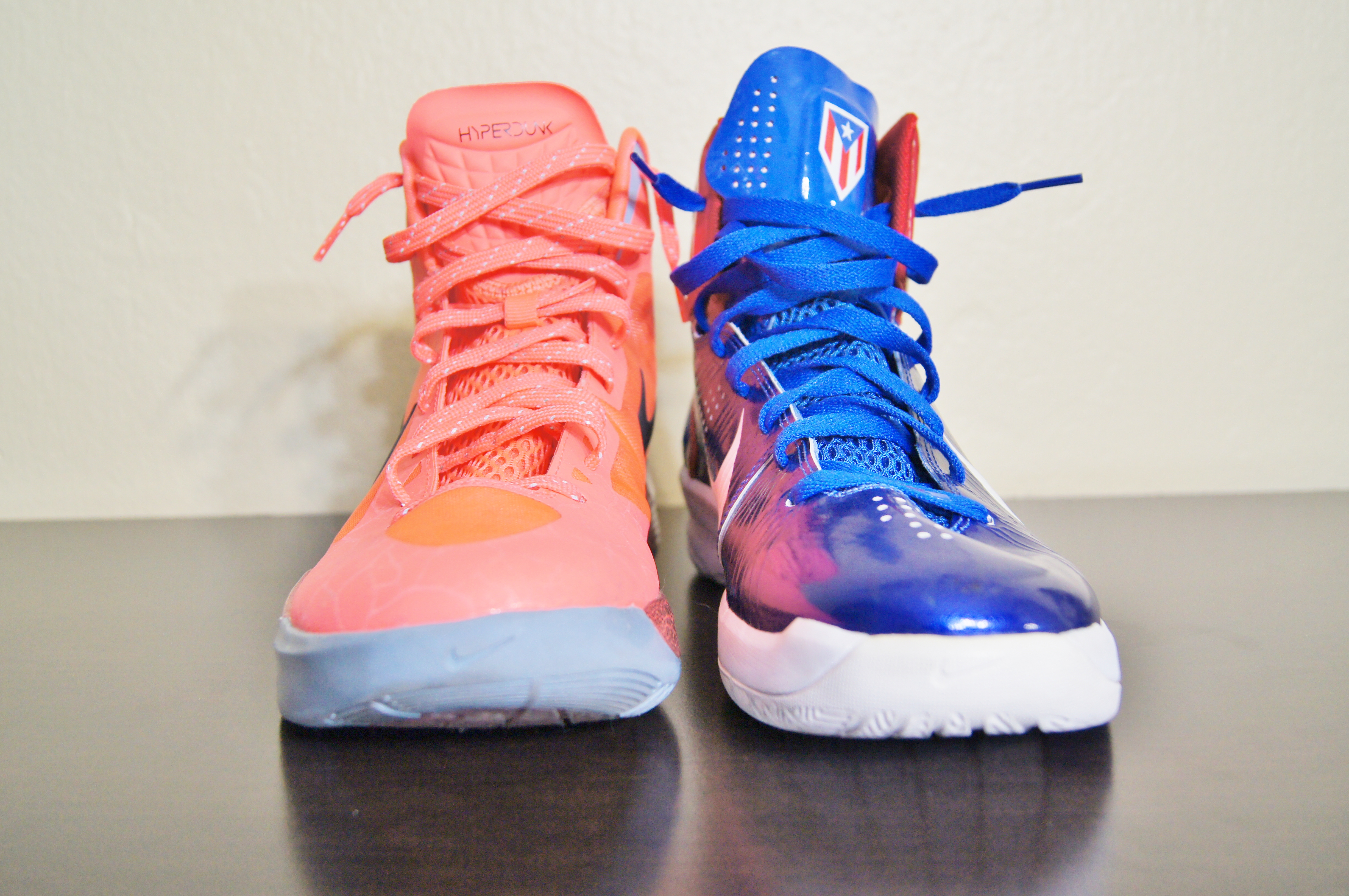 From the front of the shoes you can see some more notable changes. The first being the toe area; it’s shaped upward in the HD 2011… similar to what you would see in some running sneakers. This is something that you can feel once you put them on and I really didn’t like it at all. I literally had to get used to the shoe each and every time I laced them up which I found annoying.

The fit in the forefoot was greatly improved due to the last, or mold, used to shape the shoes upper. There was still some dead space but it was nothing like what I had experienced with the HD 2010. You can even see how warped the HD 2010’s toe shape had gotten from being laced up tightly… this is something I absolutely loath on any shoe. Both tongues have zero padding unless you count the little padded piece at the top of the tongue, which I don’t. Again, this is something I had to get used to every wear as I’d have to re-lace my kicks a couple of times to try and get the fit decent enough to play without pinching a nerve and making my foot go numb. 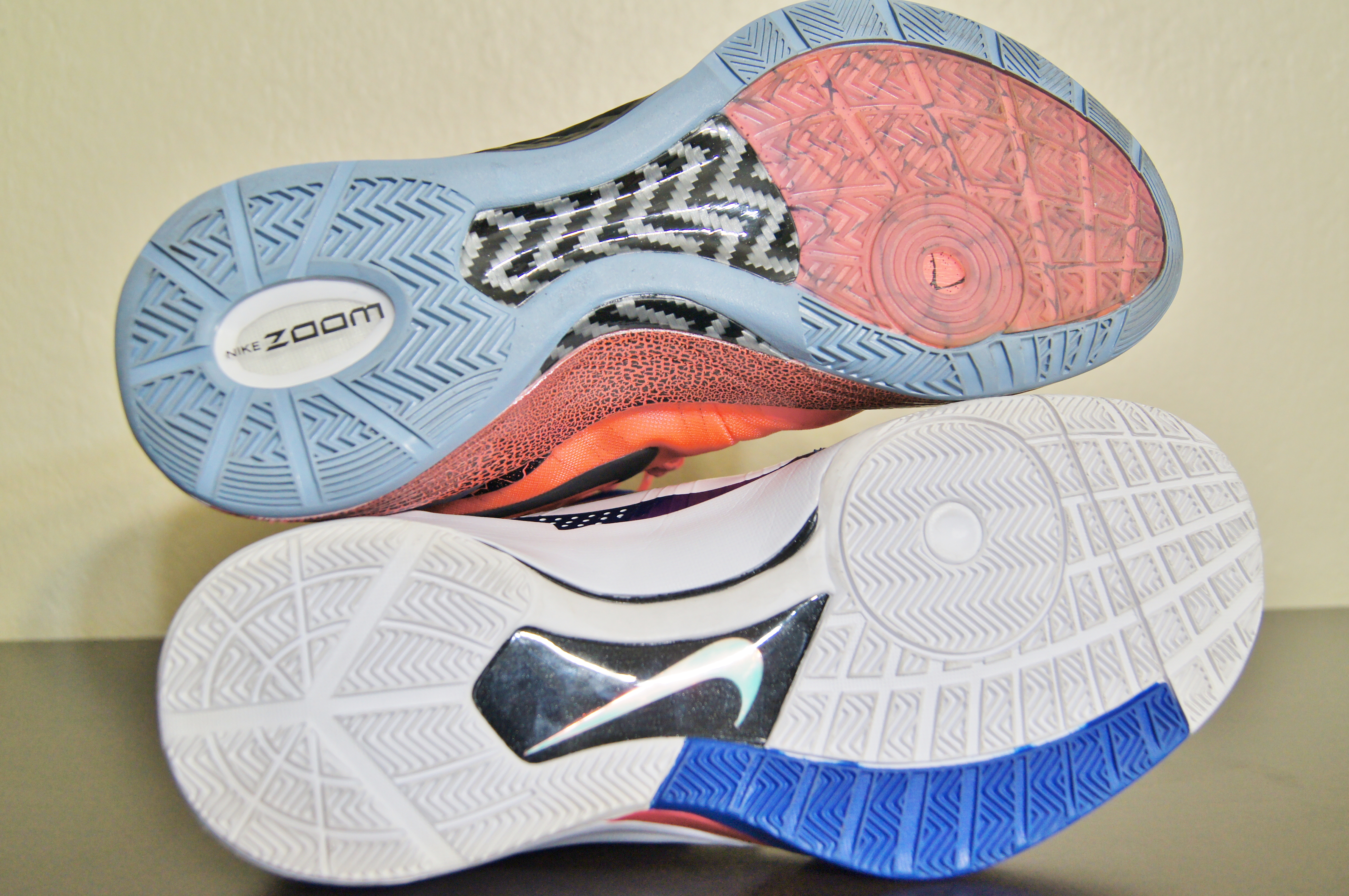 Traction is near identical and both were great. Zero complaints… 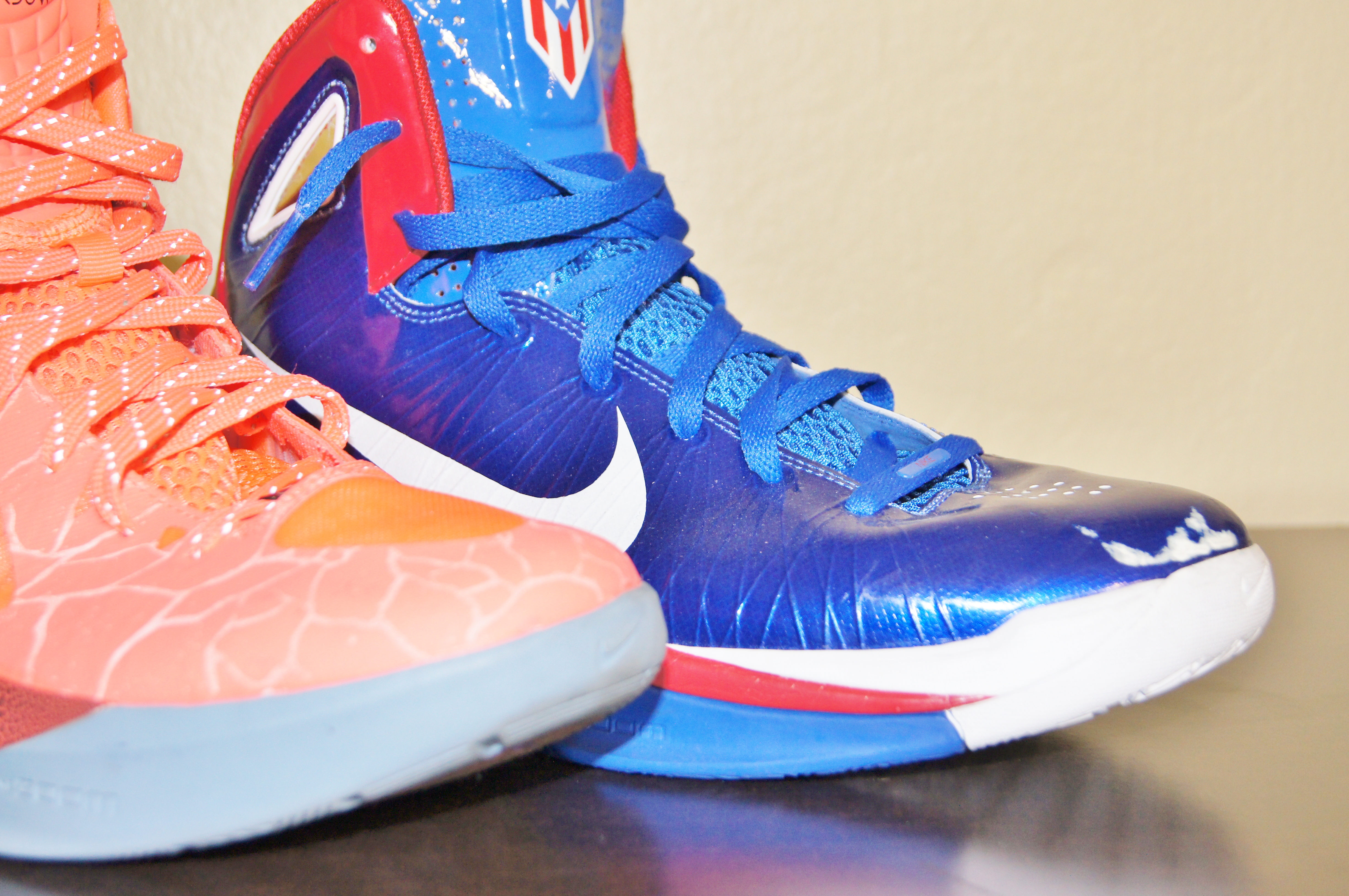 Durability was an issue with the HD 2010 where the HD 2011 is nearly flawless in this department. I only had a chance to wear the HD 2010’s for about a week before I couldn’t take the awful fit of the shoe whereas I was able to play in the HD 2011’s for a month without any issues and they still look great. The HD 2010’s look ridiculous with areas of color rubbed off. If the HD 2011’s 3M wasn’t shining you may see a little dirt on the Fuse material but its nothing some soap and water couldn’t handle.

The eyestays are shaped differently as well. I did prefer the shape on the HD 2010 due to the notch located just before the ankle. This allowed greater ankle mobility and contoured to the shape of your foot much better than the newer 2011’s. There is an additional lace loop inside of the HD 2010 as well in this area to provide you with better lockdown due to the notch which was a plus. While the HD 2011 has great lockdown, the eyestay area does flex in an unnatural way due to its shape… luckily they added the heel pads inside the shoe which take care of any lockdown issues and keep your foot right where it belongs.

That’s all for now… kinda gave out a little too much info but its all good. The performance review video should be up this week for everyone who doesn’t visit the site. Hopefully this bit of info was useful for you.