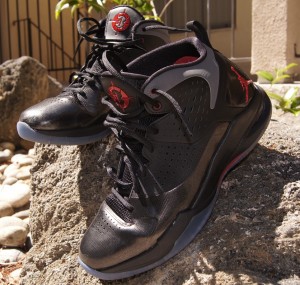 So far so good with the Jordan Fly Wade… Hit the jump to read more.


*You can enlarge any image by clicking on it* 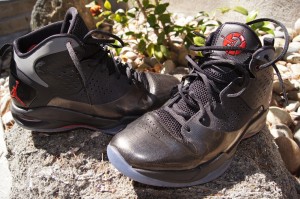 After numerous wears on court these have only gotten better. They were a bit lackluster at first, however, these have actually replaced my Zoom Kobe VI as far as my go to performance shoe goes. I used to carry my ZKVI’s with me anytime I went to play just in case I became uncomfortable with a particular shoe during the testing phase and now I just bring the Fly Wade with me.

One of the new things I’ve noticed after wearing them numerous times is that the fit changes over time. Materials are very soft fresh out the box, which is something I like since it makes for a short lived break-in period. But there is such a thing as being too soft… which these end up becoming after tons of wear and tear. 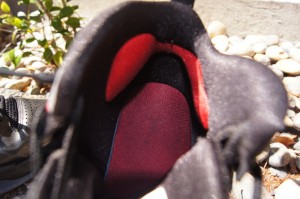 The ankle and collar area become extremely flexible the more you wear them due to the materials used. Good thing they included these heel notches because this basically saved the shoe as far as lock-down goes in the rear end of the shoe. I rolled my ankle 3 times while playing in these shoes and each time I was saved my the lock-down feature in the heel notch… being able to walk it off and return to playing. If a shoe doesn’t feature a heel notch don’t worry, lock-down is not based solely on that one feature. I’ve rolled my ankle (same one every time) in my Kobe VI’s numerous times and haven’t yet been injured. Extreme lock-down saves your ankles, not the cut of the sneaker. 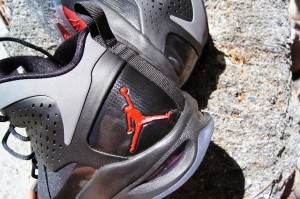 The Fly Wade may not last a full seasons worth of abuse, but they are no doubt one of the best performance shoes on the market at the moment from Jordan Brand.

Stay tuned for a full video review on the Fly Wade this coming week!