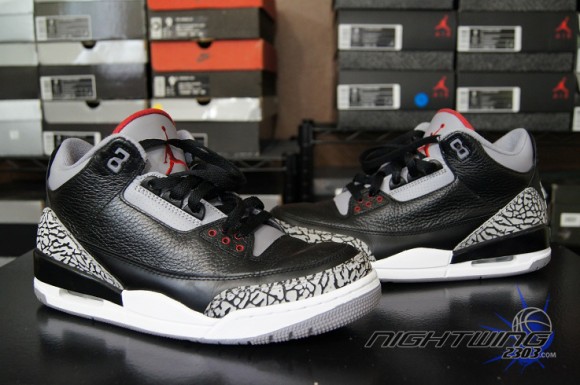 The Air Jordan III has started out pretty rough for me… this by far has been the most painful experience yet.

Casually the Air Jordan III is pretty decent. They aren’t the most cushioned shoes around but I can wear them all day long without any issues. Playing in them was an entirely different experience. 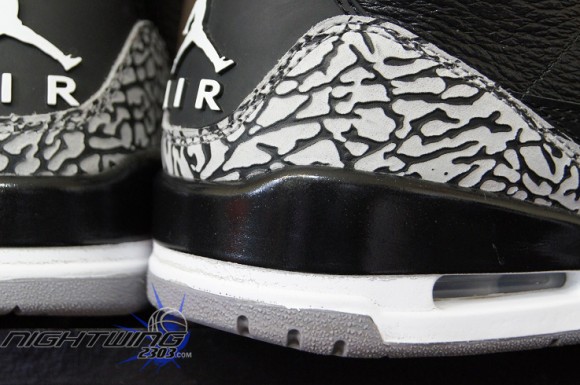 The heel was the one area that I felt would be pretty good upon impact. That was far from what I received… the paint is cracking everywhere already so that’s a good indicator that there is compression upon foot strikes however, it’s very minimal at this point and the pain I feel from my lower back down to my feet is proof of that. It’s possible they need to be broken in but at this point I’m not very eager to get back on-court with them. 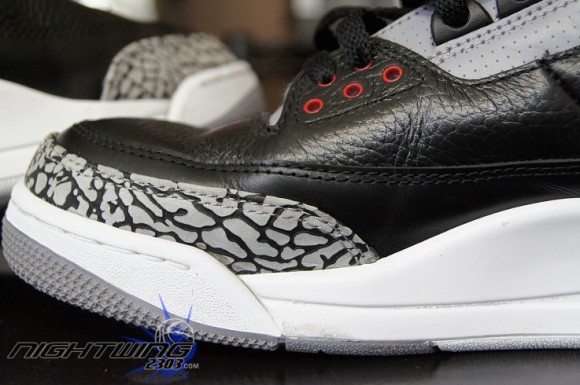 The forefoot is probably the worst offender as it sits pretty low to ground and I can’t feel any cushion at all. This is a scenario where a slight modification would come in handy with a Retro release… slimming down the Polyurethane midsole and allowing the foot to rest directly on the encapsulated Air units would serves as a much better source of cushion. I’m not positive but I believe the Air Jordan II had done this in the later Retro models whereas the originals were encapsulated like these are.

Suffice to say… next time I head to the court with these I will be bringing some insoles along for the ride in the event that they don’t break in. 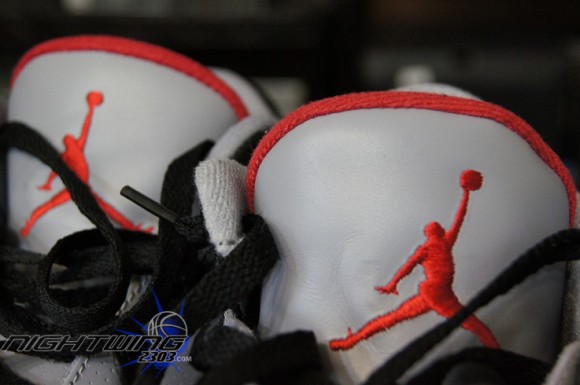 The tongue is something that you’d think would be insignificant but it actually plays a small factor in their performance. If you own a pair of the 2011 Black/ Cement 3’s then you already know the tongue and other Cement Grey panels are of poor quality materials. Turns out the material isn’t even leather… it bunches and creates hotspots at the ankle like you wouldn’t believe. It wasn’t extremely uncomfortable but when you remove your socks and you see red welts on both sides of your ankles you know there’s a problem. Leather (low quality) was used along the upper but the tongue and every other area that features the Cement Grey color is a cheap plastic-like synthetic… $160 well spent… Yes, that’s sarcasm. 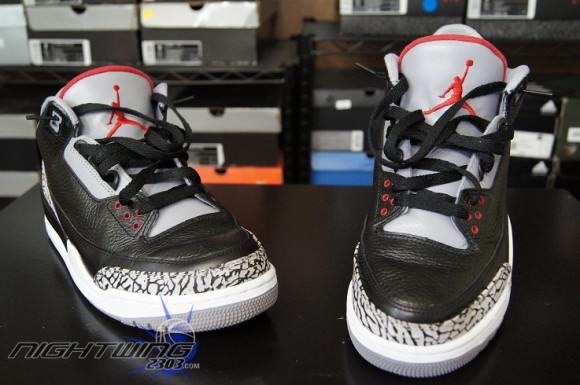 I’m not looking forward to wearing these for the full 40 hours… what’s even worse is that the Air Jordan IV will be after this so my body isn’t going to be very happy with me these next few weeks.