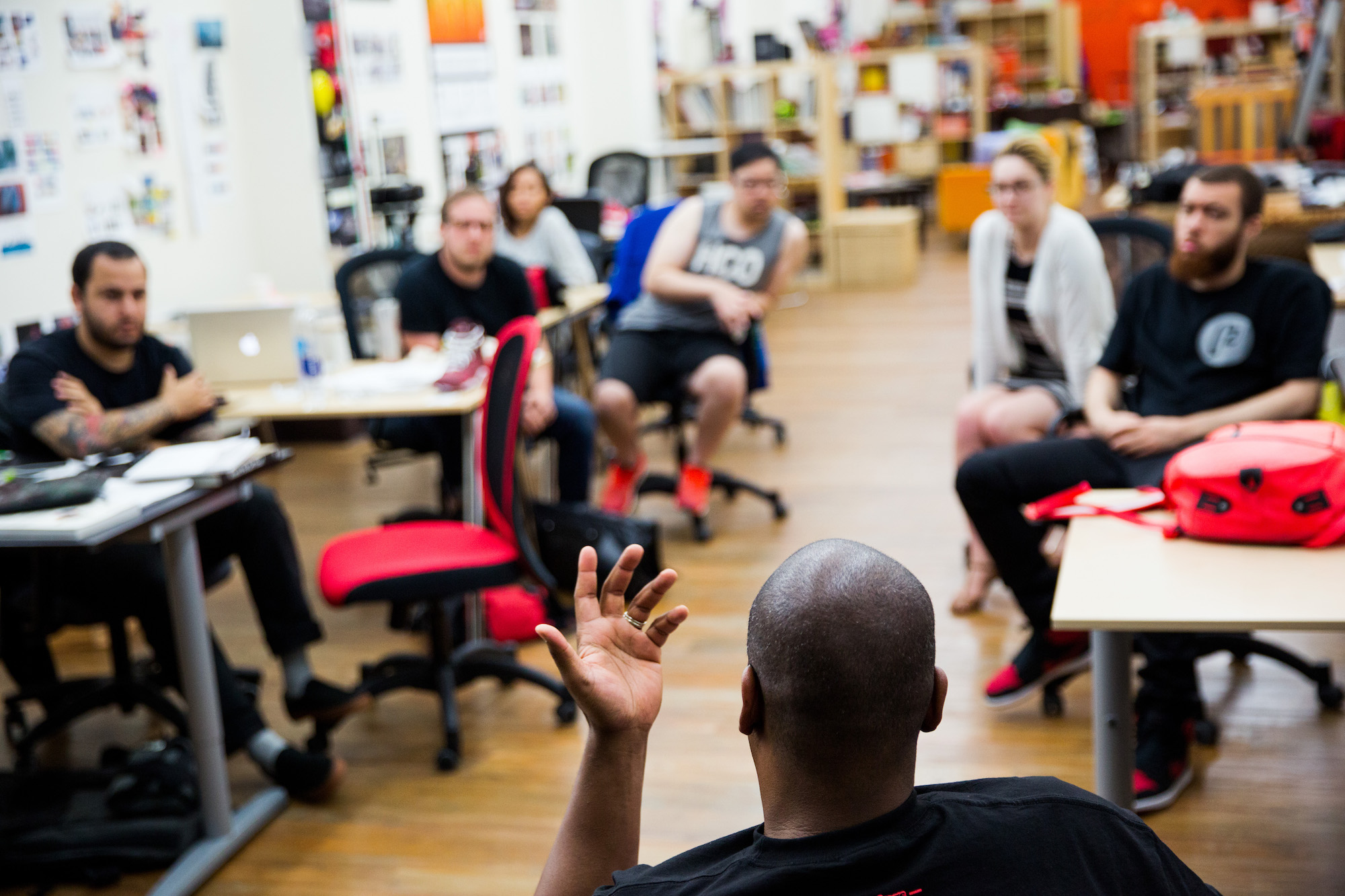 Pensole Footwear Design Academy is an amazing place. For sneaker nerds, those with the minds to design the next generation of footwear, it’s Mecca. You can ask John Hardies, the man behind the WearTesters Weekender, he said his time at Pensole was incredible. To read about his time at the footwear dojo, click here.

Now, Pensole has announced its second program with Denmark’s Kolding School of Design and Ecco Footwear. 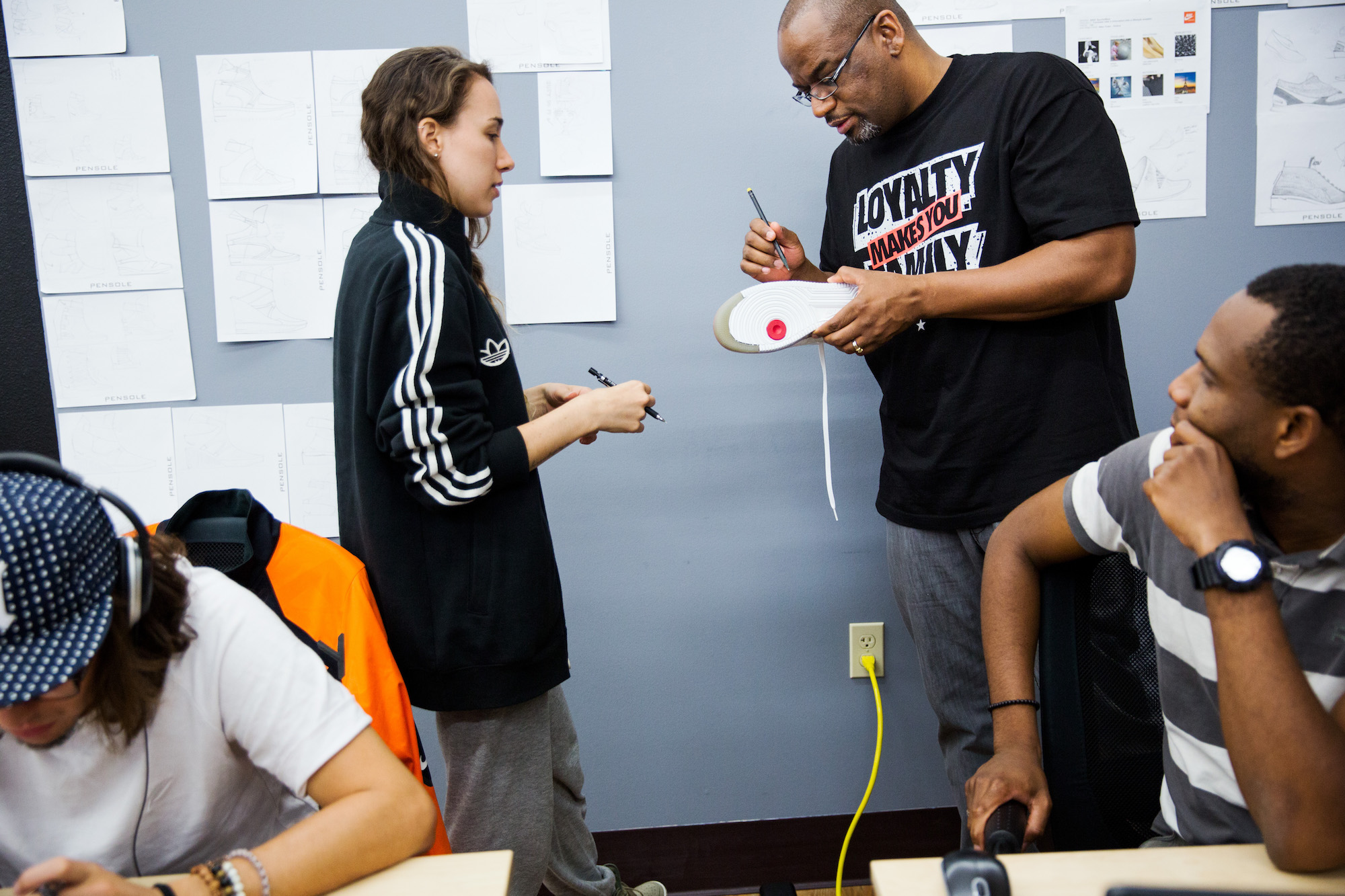 Building on the Success of 2015’s Program, this Year’s Five-Week iPENSOLE Master Class Will Also Be Held in Kolding, Denmark, and Sponsored by ECCO

The class will be held at Kolding School of Design (DSKD) in Kolding, Denmark, from September 22 – October 26.

The submission process for the 2016 course differs from last year’s in that prospective students are asked to submit both an original design – either a footwear sketch or a color-and-material mood board – and a self-produced YouTube video explaining their submission and why they wish to be considered for admission into the class.

Applicants must register at http://www.pensole.com/class-schedule/ by 11:59 p.m. PDT, Sunday, August 7. Students selected for iPENSOLE will be notified on August 15. All entrants must be at least 18 years of age.

“Last year’s class was a huge success at Kolding,” Edwards said. “ECCO’s dedication to education and sharing its knowledge of shoemaking provides European PENSOLE students with a master-class learning experience not found anywhere else.”

iPENSOLE Students will visit ECCO’s headquarters and learn from professionals ranging from design directors, designers, developers, engineers and PENSOLE staff, all there to share knowledge to inspire, guide and challenge the next generation of footwear designers.

PENSOLE’s “learn by doing” curriculum introduces students to the product creation process in four distinct aspects of the business: 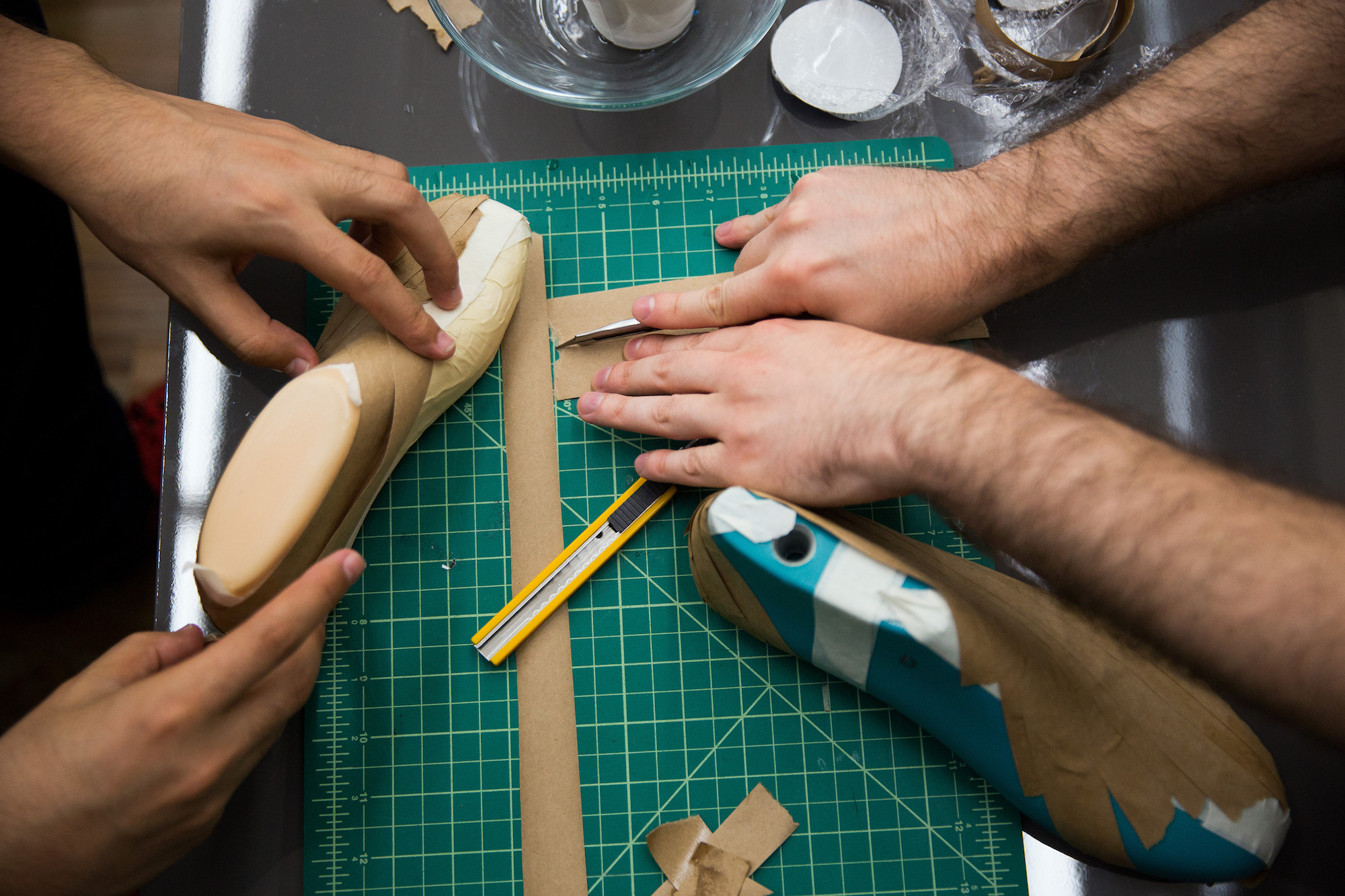 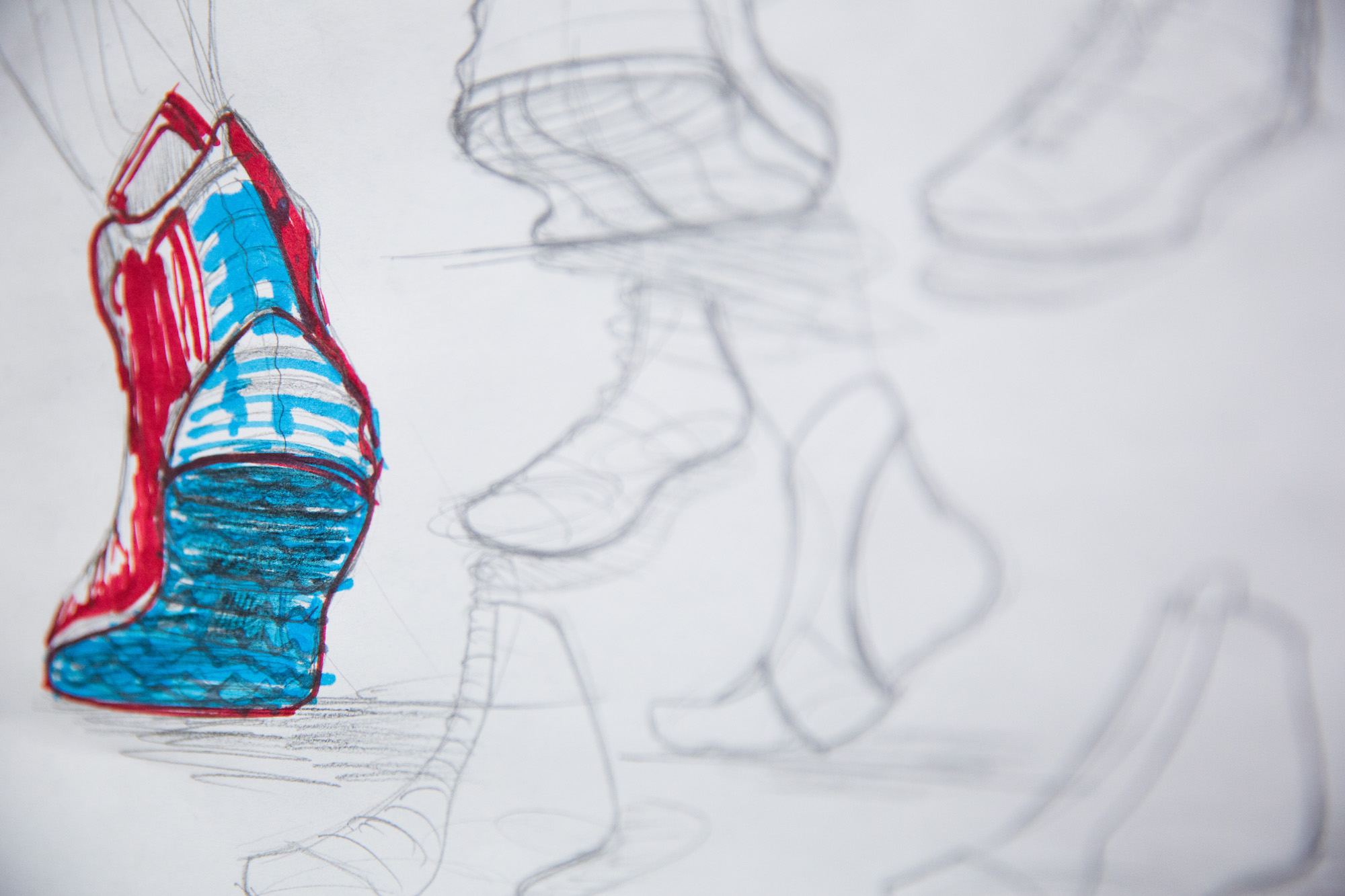 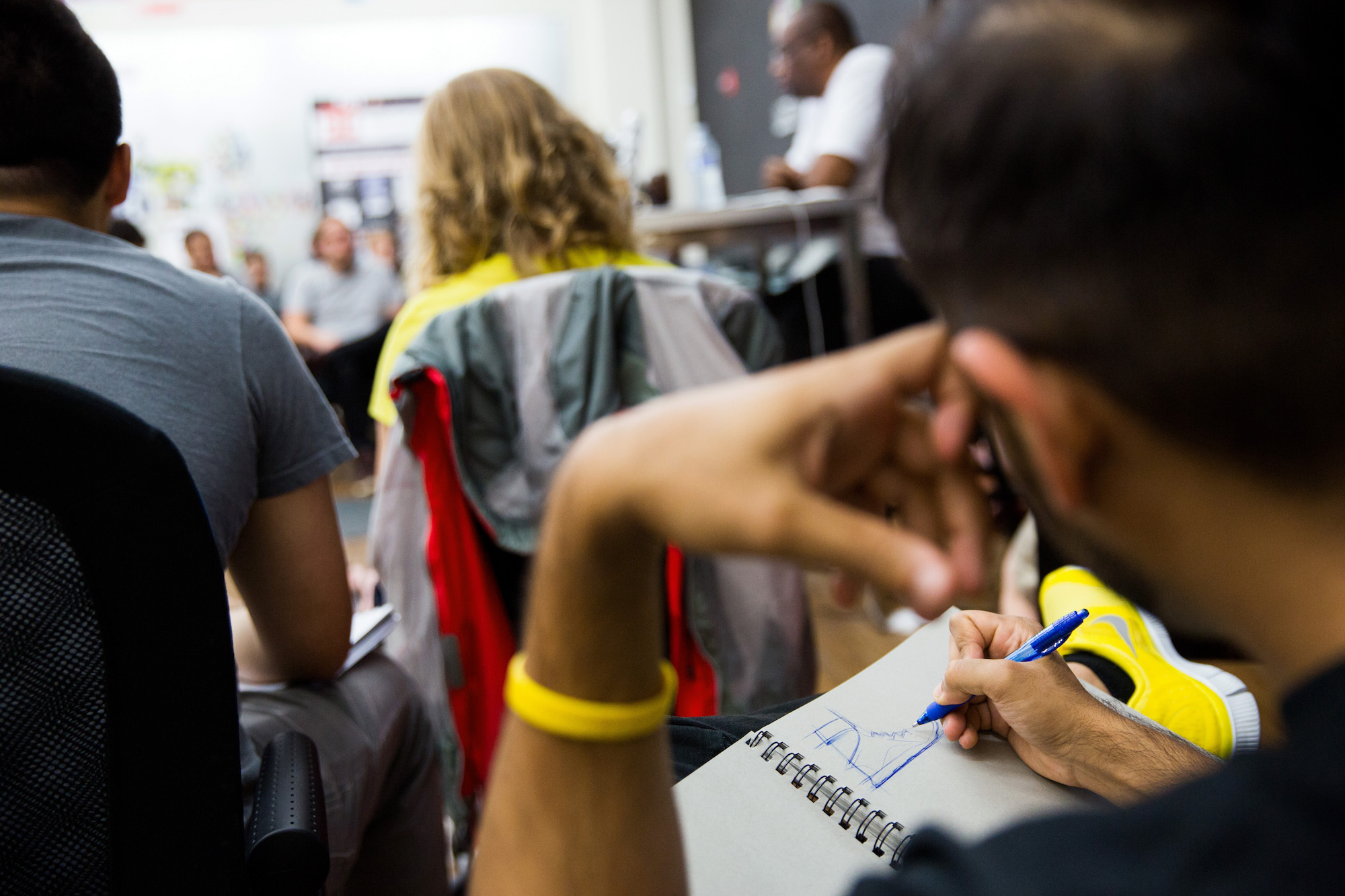 D’Wayne Edwards, a celebrated member of the global footwear community for the last 27 years, founded PENSOLE to give talented young design students—regardless of socioeconomic background—an opportunity to learn from the industry’s best, without financial barriers, and to provide the industry with a farm system for the next generation of footwear designers.

About D’Wayne Edwards: How a No. 2 pencil designed my life.

I grew up in Inglewood, California, in the heart of South Central Los Angeles. I was introduced to a No. 2 pencil at a very young age. I drew my first shoe with one when I was eleven.

As a teenager I worked at McDonald’s and my managers often told me that if I would stay at McDonald’s I could work my way up to a managerial position myself and make $40,000 a year one day. I told them my dreams were bigger than that: I wanted to be a footwear designer.

With this career goal in mind I went to my counselor for guidance. She encouraged me to enlist in the military because “making a career out of designing shoes (was) never going to happen for a black kid from Inglewood.” This negativity was exactly the motivation I needed to prove my counselor and co-workers wrong.

At the age of 17 I won a Reebok design competition, beating out professionals and college students nationwide. At that moment I knew my dream could come true. I spent the rest of my senior year drawing shoes every day and the last one I drew was the AIR JORDAN 2.

After I graduated from Inglewood High School, I wanted to attend Otis-PARSONS Design School in Los Angeles to study footwear design. But, growing up in a single-parent home with four brothers and a sister, there was no money for design school. Not to mention, after I did some research, I discovered that no local schools offered a program in footwear design, nor did any other school in the United States. It was at that moment that I first had the idea that I would start my own footwear design school.

Since design school was not an immediate option, I got a job and attended Santa Monica College in the evenings where I studied business marketing, advertising and management. As luck would have it, I got a job as a file clerk with the footwear company L.A. Gear. They set up suggestion boxes in every department where employees could submit ideas to make the company better. I knew this was my chance, so for the next six months, every day, I put a sketch of a new shoe in that box.

And my suggestion each day was to hire me as a footwear designer.

Soaking everything up like a sponge, I quickly worked my way up to be one of the top footwear designers in the industry. At the age of 23 I became Head Designer for L.A. Gear. A year later I was Brand Manager/Head Designer for Karl Kani Footwear. At age 28 I launched my own brand, SITY by Skechers, and it was recognized by Sporting Goods Business as the #2 brand to watch in the industry behind Brand JORDAN in 2000.

In 2000 I fulfilled a lifelong dream and began working at Nike. In my first year I designed the best-selling boot in Nike history, Goadome 2, which continues to sell close to a million pairs a year to this day. A year later I did something I never even dreamed of: I was given the opportunity to design for Brand JORDAN. As fate would have it, my first basketball project (Nu Retro 2) in JORDAN was to redesign the last shoe I drew in high school: the AIR JORDAN 2.

At the age of 30 I became one of the youngest Design Directors in Nike’s history.

In 2007 I achieved the ultimate dream of every athletic footwear designer: I designed an AIR JORDAN (I share this achievement with only seven other designers in the history of the Brand JORDAN, the Air Jordan XX1. My design for the Air Jordan XX2 followed in 2008.

My career has spanned over two decades, and I have designed more than 500 men’s and women’s styles in a variety of categories from Athletic, Dress, Casual, Outdoor, Kids and Alternative.

My designs have sold more than $1 billion worldwide.

I have created shoes for today’s premiere athletes and teams, such as Michael Jordan,

Carmelo Anthony, Derek Jeter, Roy Jones Jr., 2004 National Champion University of North Carolina Tarheels, and my shoes won two, 2008 Olympic Gold Medals. I own more than 30 patents, and the Nike Ipeas Equestrian Boot I designed for the 2008 U.S. and China Olympic Teams not only won a Gold Medal, but was selected out of 40,000 entries from 40 different countries for the prestigious 2008 International Red Dot Design Award.

As Design Director I had the opportunity to build a team, and we contributed to the growth of the JORDAN brand from a $300 million business to more than $1 billion in seven years. Learning and growing a billion-dollar business helped further inspire my passion for mentoring others; to help them realize their dreams and succeed in the industry. I have mentored more than 50 people who are now currently working as professional footwear designers.

In 2010 I launched PENSOLE School of Footwear Design, through the University of Oregon, to give 40 young design students from around the world—regardless of socioeconomic background—an opportunity to learn from the industry’s best, without financial barriers. The program was wildly successful. We established similar partnerships with Parsons The New School for Design (New York) and Art Center College of Design (Pasadena, CA), and I traveled to those schools with my PENSOLE curriculum and pedigreed instructors from Nike, JORDAN and many other major brands.

In 2011 I left Nike, and later that year PENSOLE opened its campus in the Old Town/Chinatown district of Portland. Most classes are now held there, with additional PENSOLE programs held at M.I.T., Art Center and Parsons. In addition to offering a master class to talented, aspiring design students, PENSOLE provides the footwear industry with a farm system for the next generation of designers.

The three people who believed in me the most and encouraged me to go after my dreams were my older brothers Michael and Ronnie and my mother, all of whom have passed.

I view my career as theirs. I am living out the dream they never had a chance to see come true.

Looking back, I am grateful that I did not listen to those people who told me to put down that No. 2 pencil to work at McDonald’s or join the military. If I had, I would not be living my dream, and my No. 2 pencil would not have designed my life.