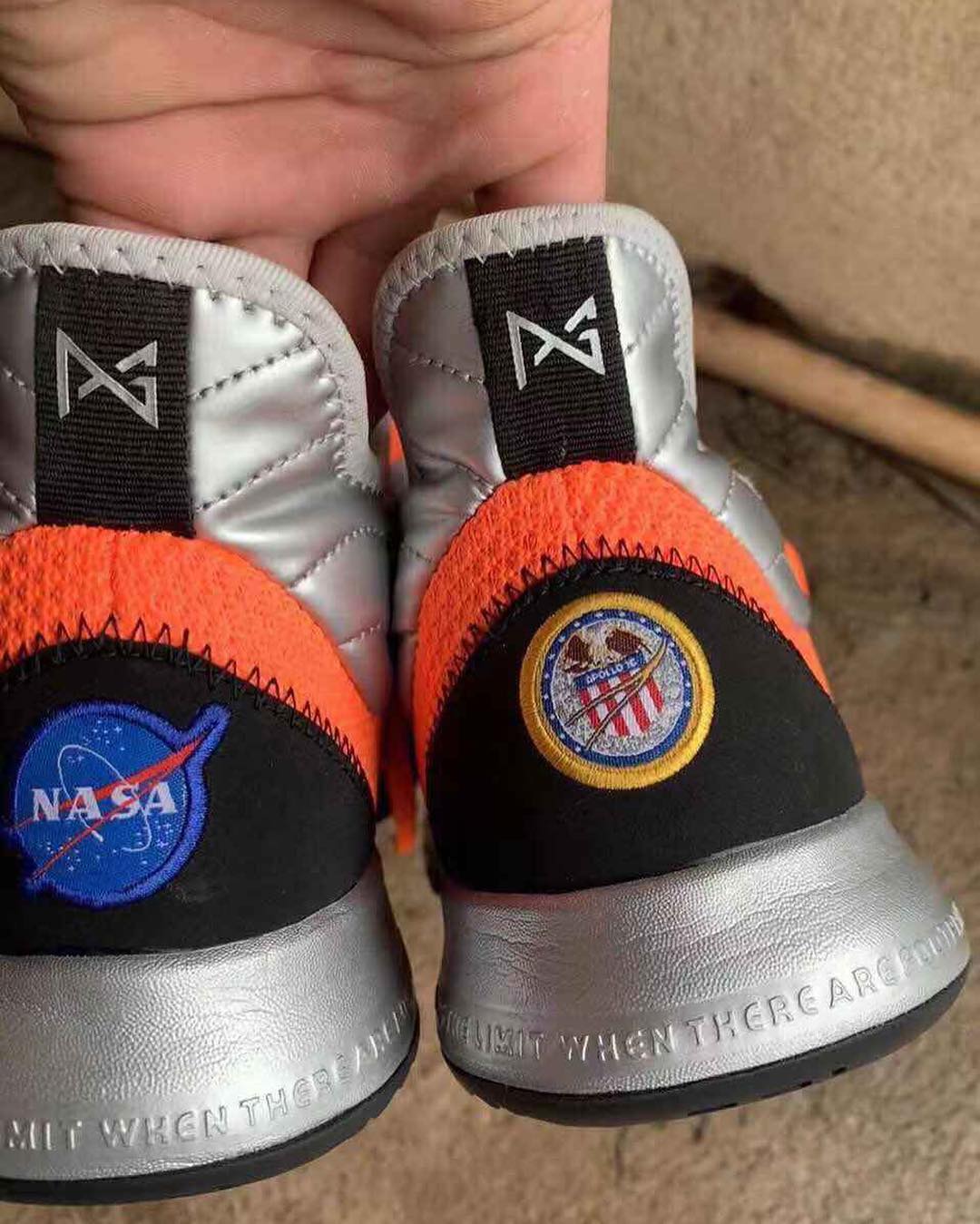 It’s appears to be a day of leaks for Oklahoma City Thunder signature athletes as Paul George’s next signature sneaker, the Nike PG3, has leaked.

On the same day we report leaked images of what may be Russell Westbrook’s Why Not Zer0.2, an intriguing Nike silhouette with his teammate Paul George’s branding was quietly revealed.

The shoe proudly flaunts NASA branding and further adds to the theme with a silver-padded ankle collar shaped similar to the PG2 while an orange textile upper is used with red and blue lockdown wings that look to be a synthetic.

A black outsole wraps up the silver midsole just slightly on the medial side with a pattern that looks like a cross between the Hyperdunk X and PG2 patterns — at least as much of the traction that we can see. Paul George’s branding can be found on one of the tongues and heel tabs along with reverse Swoosh branding that has become consistent in George’s signature line.

Reputable leaker @spicychickenwings gave us a look at these on Instagram but gave no indication of what model it may be, though it obviously is connected to George. The Phylon and forefoot Zoom Air setup from the Nike PG2 will be used once again for the PG3.

George is currently in the midst of an MVP caliber season and his shoes remain popular among this generation of NBA players, so it will be interesting to see what’s next for his line.

Do you believe this will indeed be the Nike PG3 and if so, do you think it too closely follows the design language of the PG2? Be sure to give your thoughts by dropping a comment below. 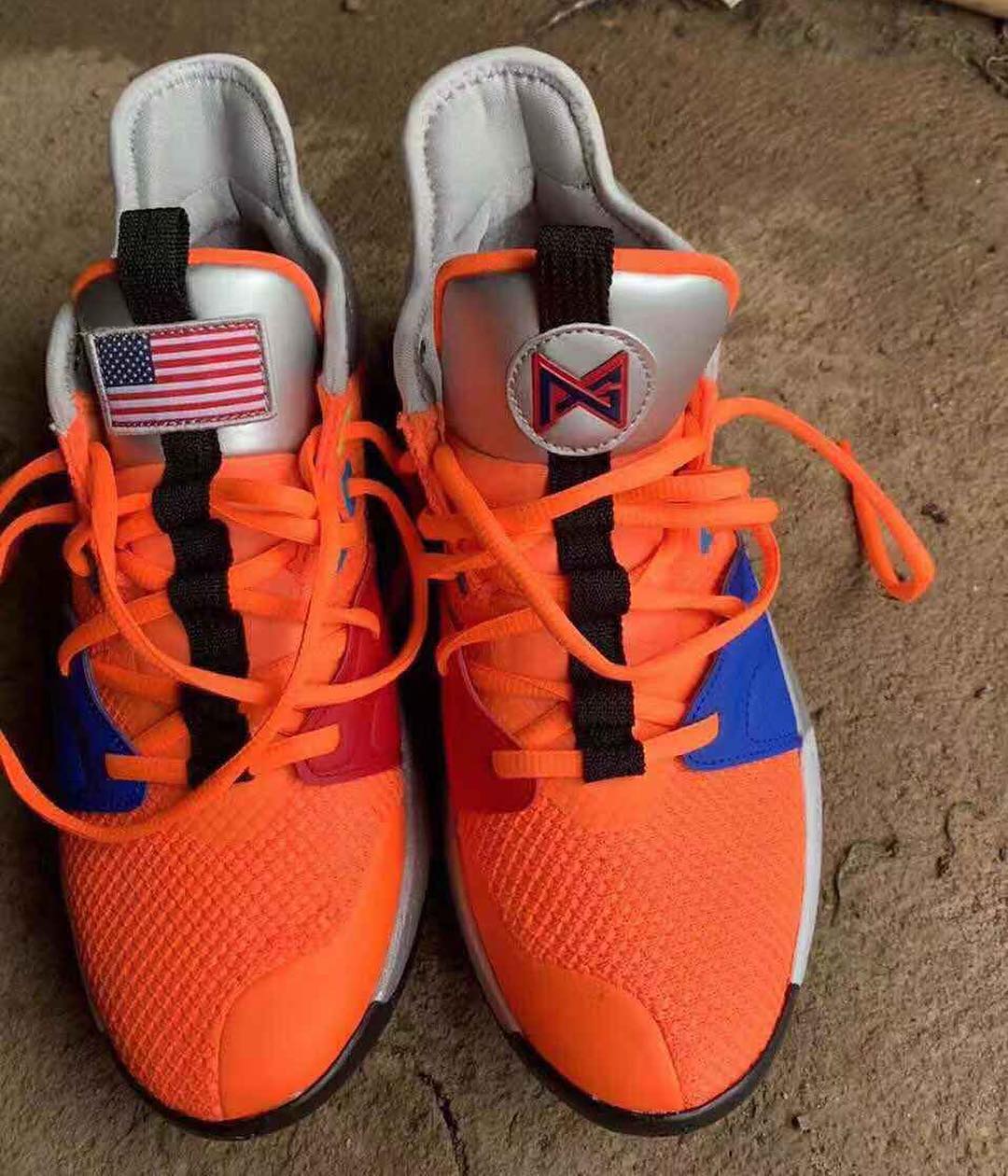 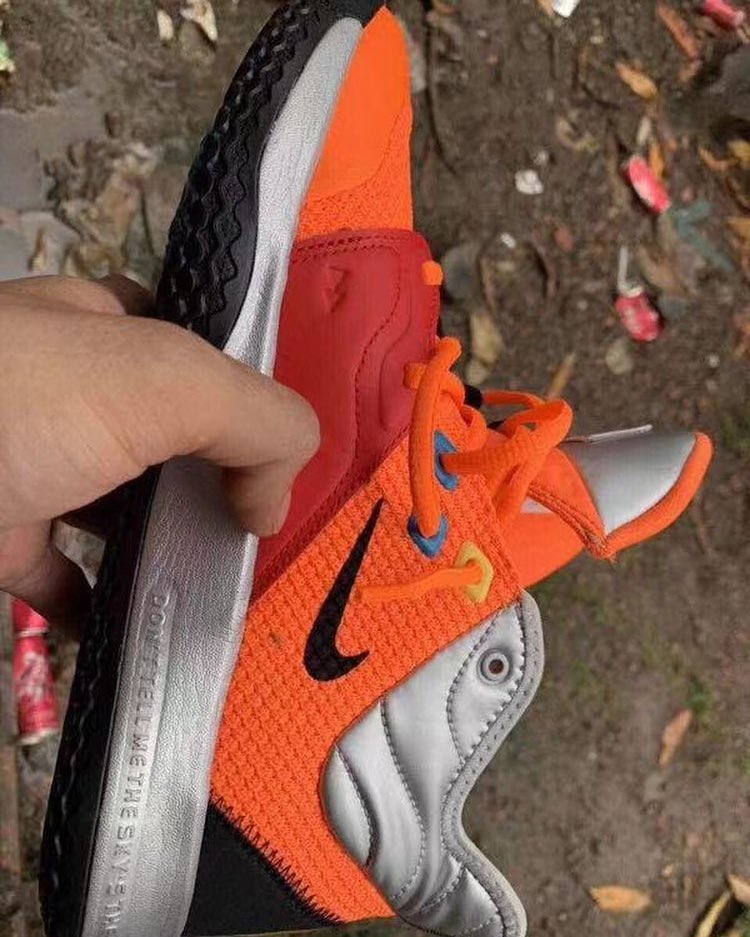