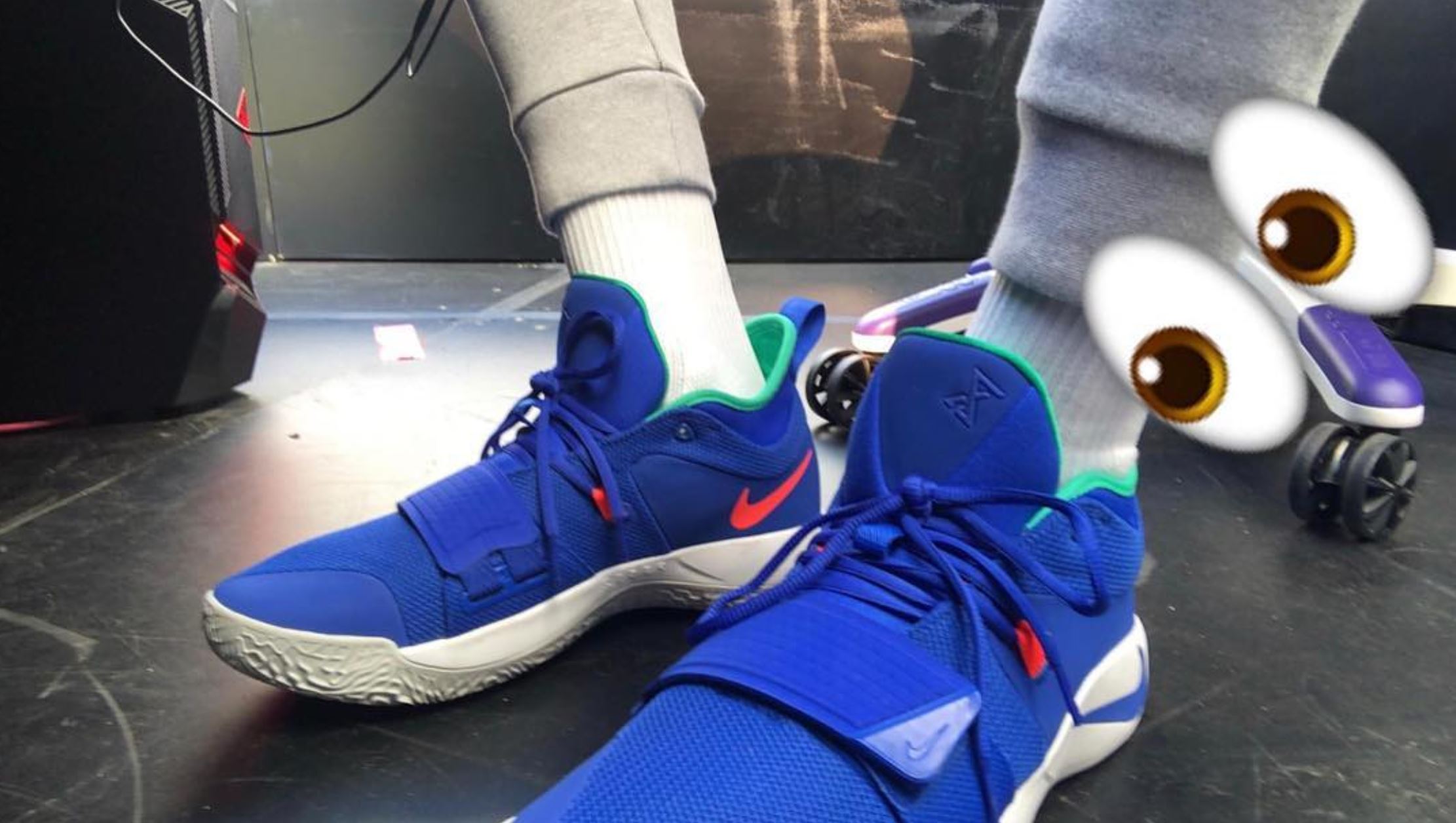 Rumors have been circling that Paul George would be receiving another signature sneaker before the summer was out. That sneaker, the now-unveiled Nike PG 2.5, should begin hitting retail very soon.

The shoe was debuted last night at Epic Games’ huge Fortnite tournament for E3 on the feet of Paul George (FYI: Epic Games pulled in $126 million just in the month of February thanks to Fortnite). The new build of George’s second signature shoe adds the strap from the PG 1 to the PG 2 to create the PG 2.5, and it’s an interesting look. Interestingly, the strap was left off the second model to accommodate athletes with wider feet.

What do you think of the Nike PG 2.5? Is it the Paul George signature you wanted all along? Sound off in the comments.