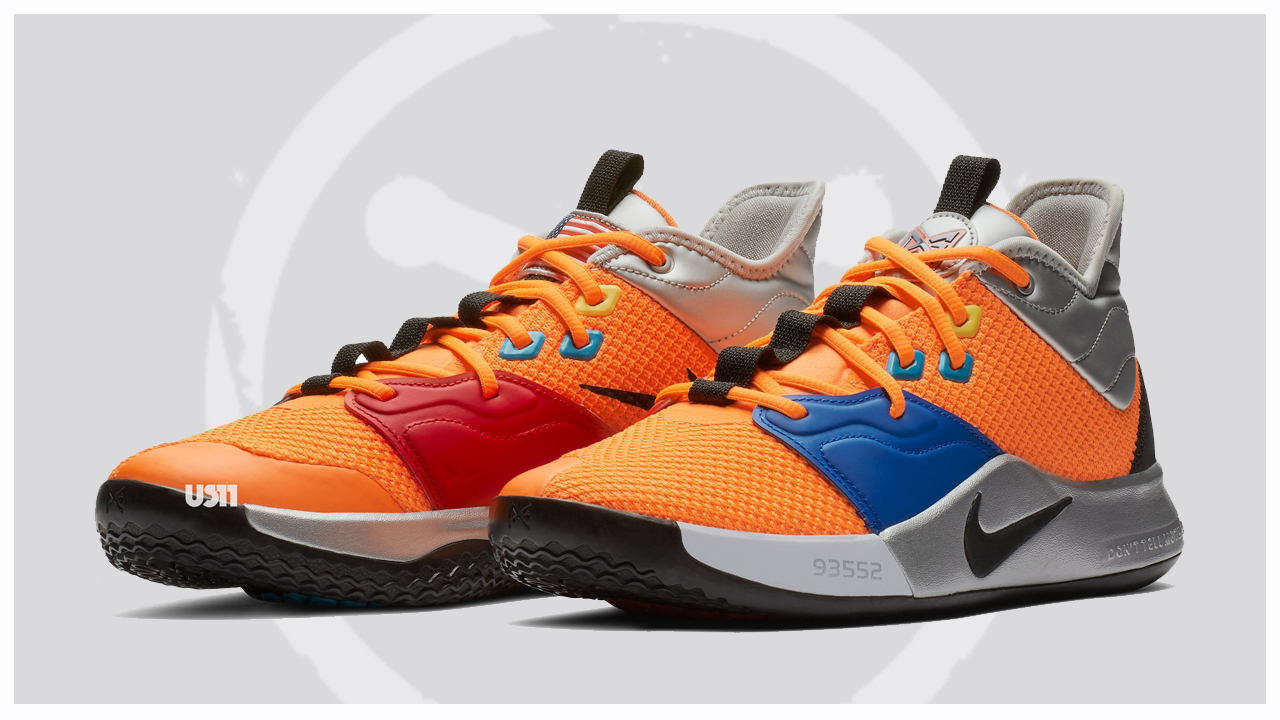 We now have our best view yet of the Nike PG3, thanks to leaked official images.

Besides the obvious branding, this new Nike PG3 colorway screams NASA with an orange textile upper, metallic silver collar and midsole with red and blue lacing wings (which seem to cover a little more of the midfoot this time).

The U.S. flag has been embroidered onto the right shoe’s tongue with more embroidery on each heel above text that reads “DON’T TELL ME THE SKY’S THE LIMIT WHEN THERE ARE FOOTPRINTS ON THE MOON” across the midsole. Paul George’s hometown zip ‘93552’ is also featured on the forefoot, representing Palmdale, CA.

Not included in this set of leaked official images is a better look at the traction pattern of the outsole. The images below look to feature a wavy herringbone-like pattern, but there have been images of fake PG3s floating around the internet that show an outsole covered in a circle traction pattern — similar to that of the Why Not Zer0.2. Also, Nike did highlight a forefoot Zoom Air unit in this colorway, so expect the tooling to follow the Nike PG2.

George is almost quietly having an MVP-caliber season with the Oklahoma City Thunder this season — silencing the notion that players lose effort once they secure big contracts. As such, George is riding into his next signature with a lot of momentum.

What do you think of PG’s third signature now that you have a better look at the sneaker? Give your thoughts down below in the comments. 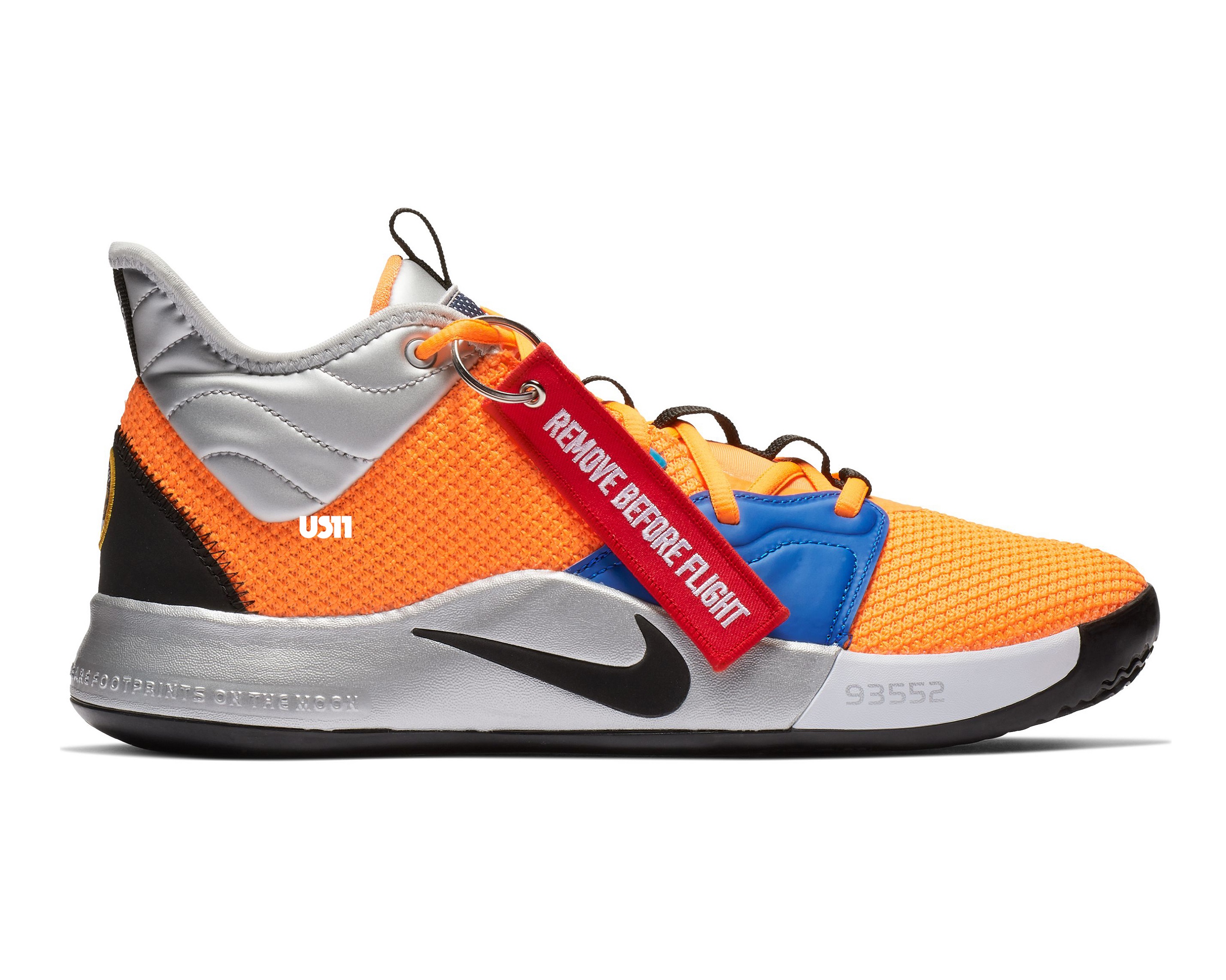 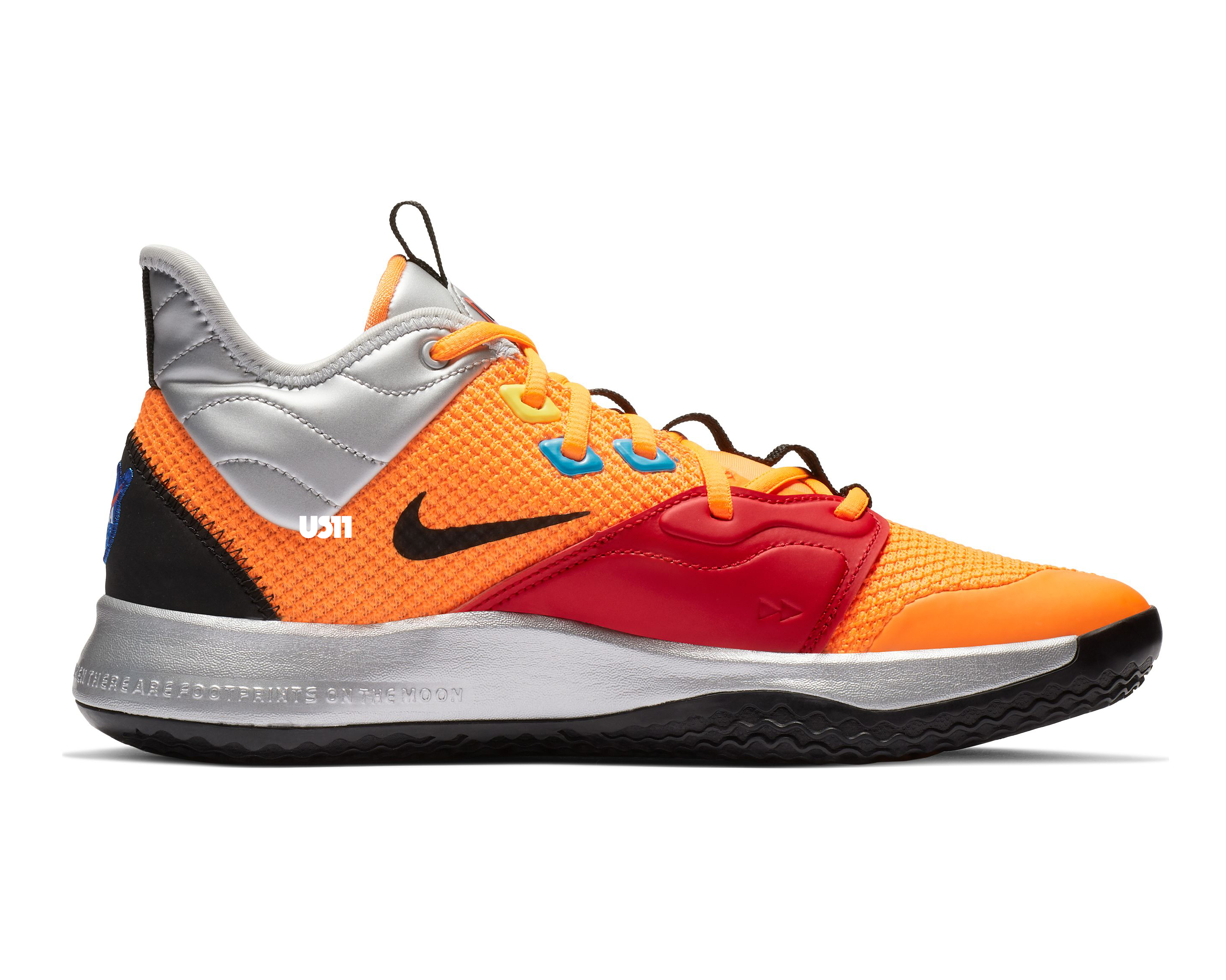 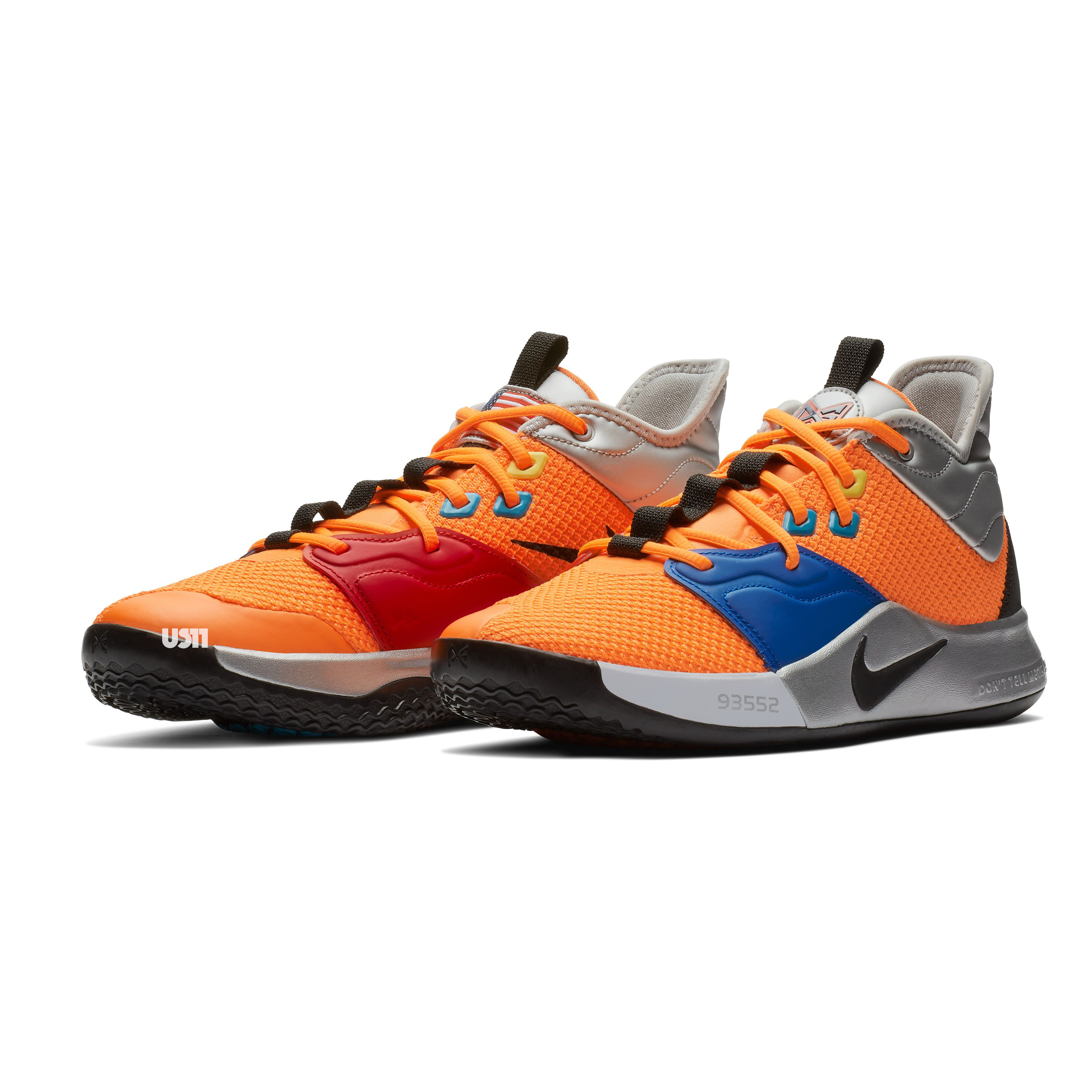 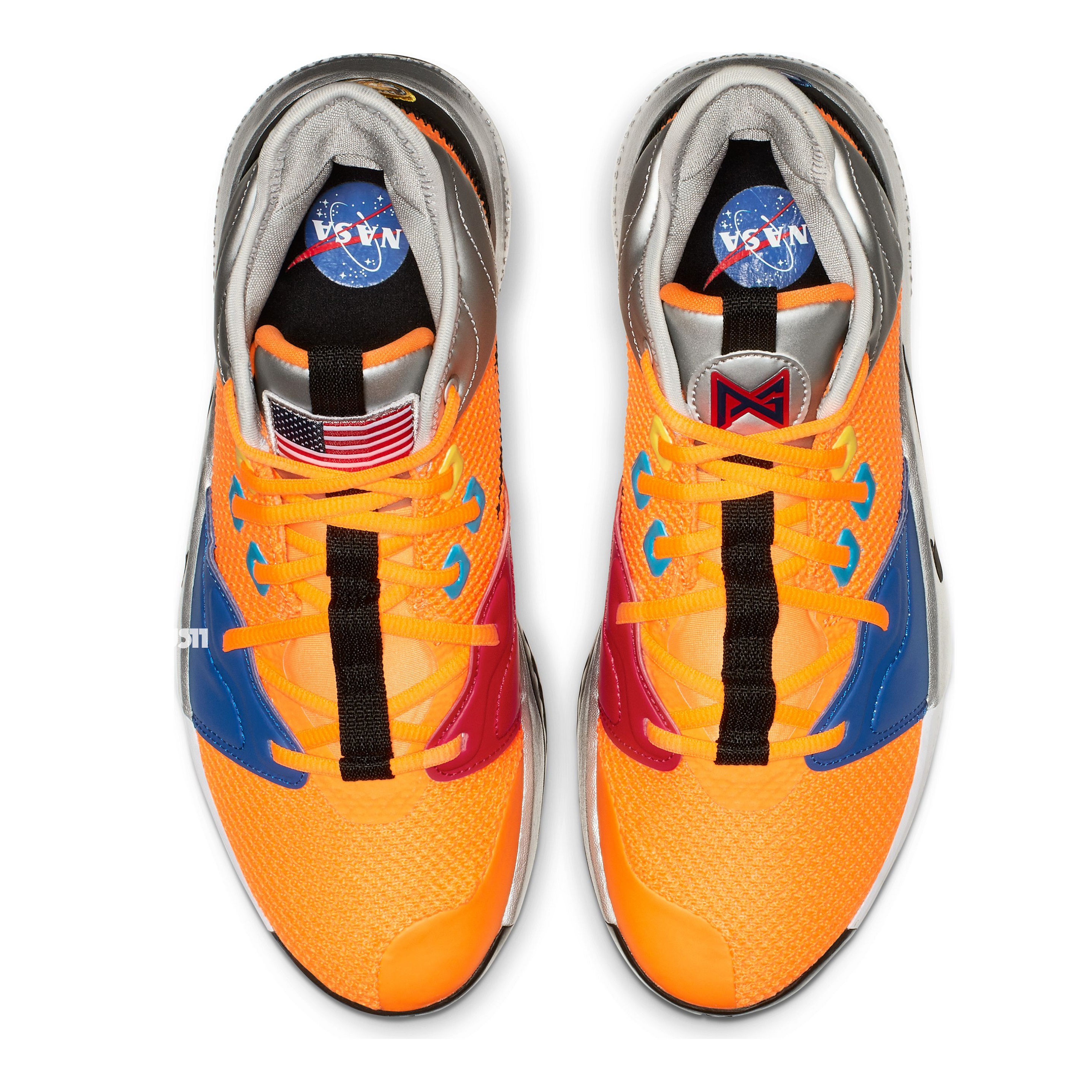