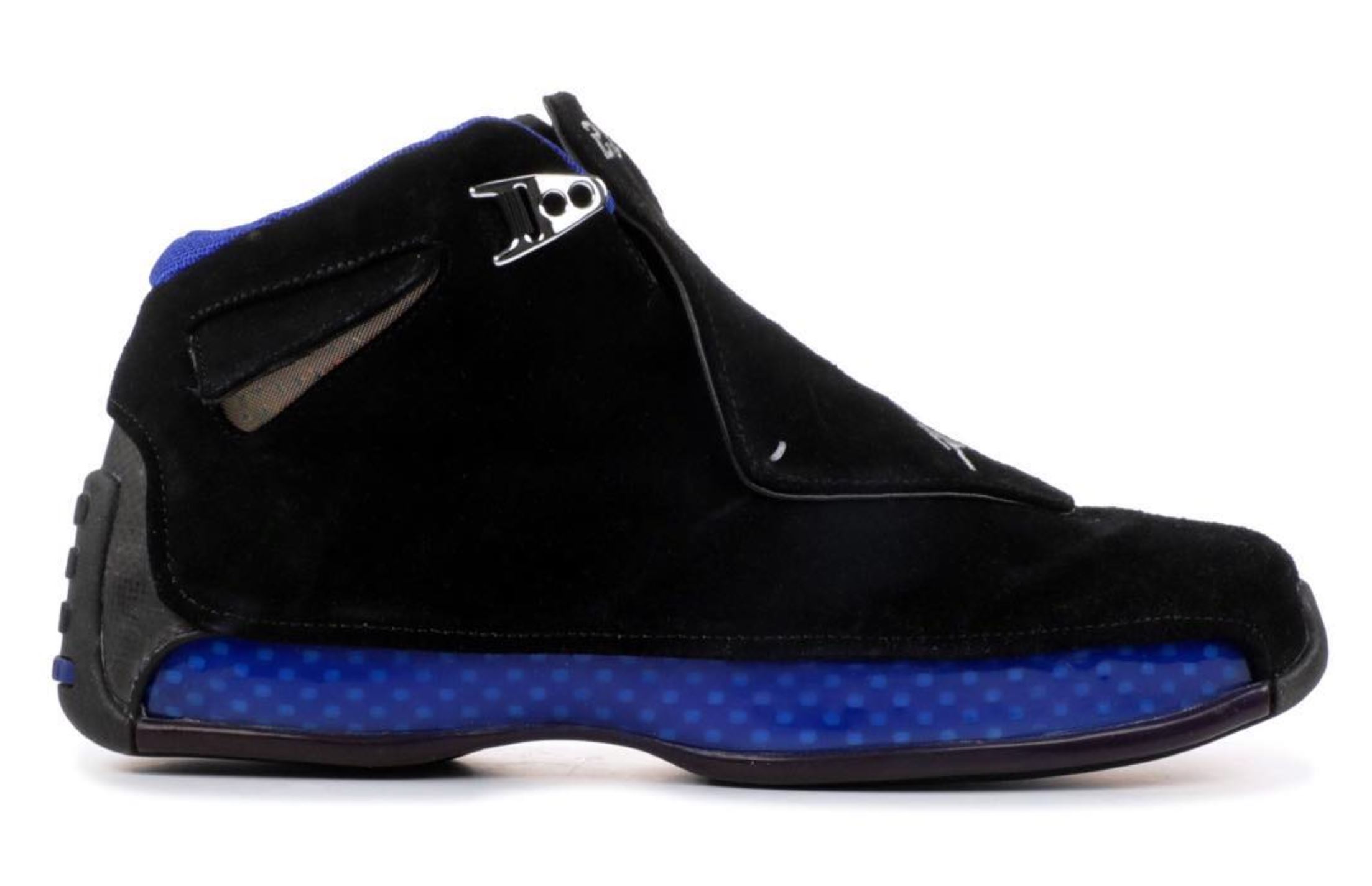 First released in 2003, the Air Jordan 18 ‘Black/Sport Royal’ could make a triumphant return in 2018 if rumors are to be believed.

Yesterday, we reported that an Air Jordan 18 ‘Cool Grey’ sample could see a very limited release in 2018. It looks like 2018 may be the year for the Air Jordan 18 — the shoe does turn 15 years old this year after all — because now leaker @zsneakerheadz has said that the original Air Jordan 18 is scheduled for a release later in 2018.

Additional details like the colorway, “Black/Metallic Silver-Sport Royal,” and code “AA249-007” were also leaked. However, the photos the leaker posted come from Flight Club — they are not images of the rumored retro but instead of original pairs (we’ll update you when images and release information for the retro surface).

This year’s Air Jordan 18 Retros have featured all of the shoe’s original tech: a full-length Zoom Air setup that includes an additional double-stacked heel Zoom unit. You can take a look inside the shoe by checking out the Air Jordan 18 deconstructed.

Are you excited for an Air Jordan 18 ‘Black/Sport Royal’ retro? Let us know in the comments.