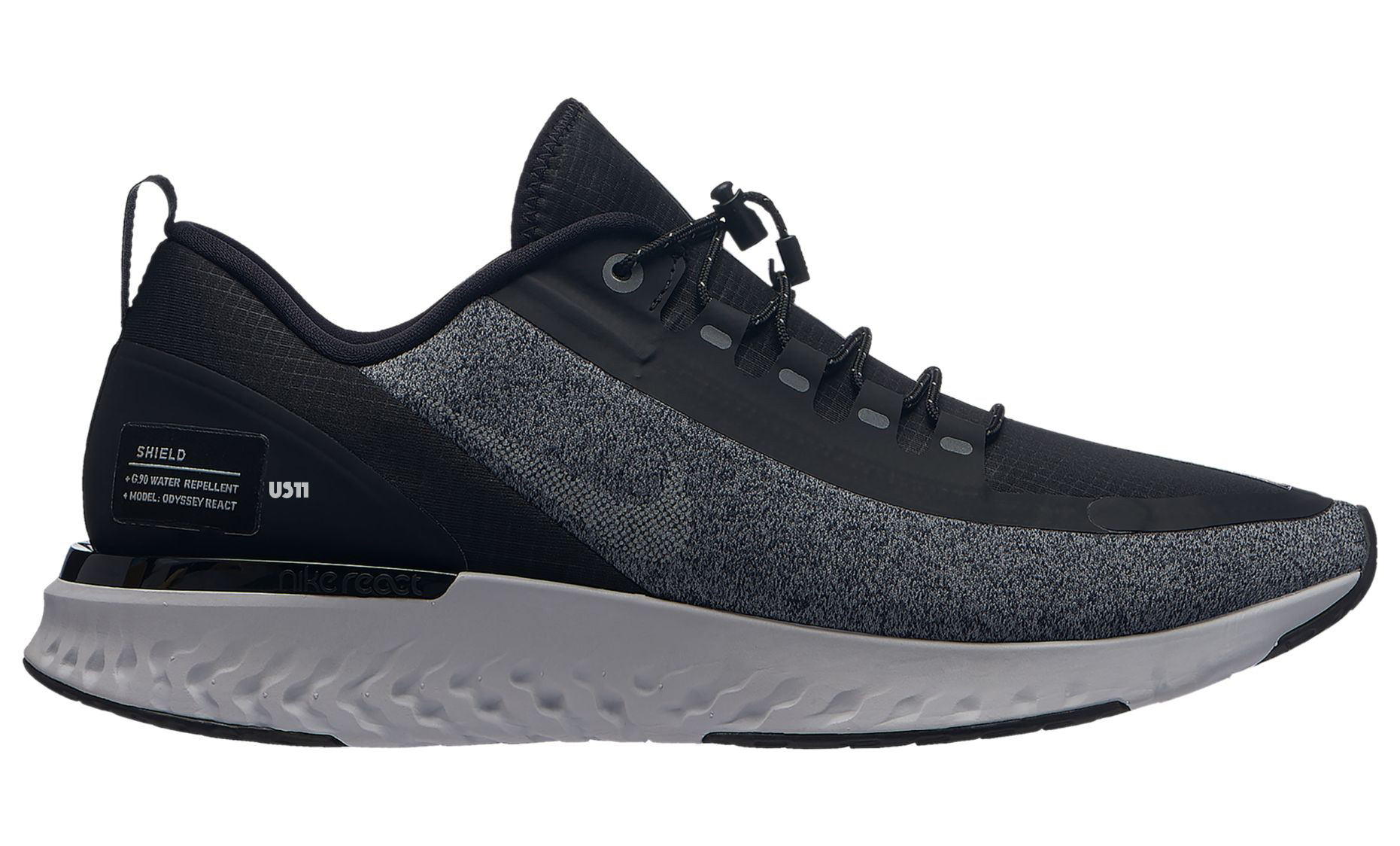 The Nike Odyssey React is a $120 takedown version of the brand’s $150 Epic React Flyknit. Now, the shoe has gotten a new G.90 water repellent build to create the Odyssey React Shield.

While the shoe sounds like something straight out of a Marvel movie, the Odyssey React Shield may be the most functional build of the shoe yet. It offers Nike’s full-length React cushioning for significantly less money than the Epic React Flyknit, and it does so in a weather-resistant package.

Equipped with an upper constructed of water-repellent synthetics, the Odyssey React Shield ditches the traditional lace closure of the Odyssey React for something a bit more ingress-proof. The new lacing system cinches closed with a lace lock while heat-welded seams should prevent water from entering.

There is no official word yet on when to expect the Nike Odyssey React Shield but US11 has posted official images of several upcoming colorways. Expect the shoe to arrive in both men’s and women’s colorways — in time for the coming wetter months.

What do you think of this latest weather resistant sneaker from Nike? Sound off in the comments below. 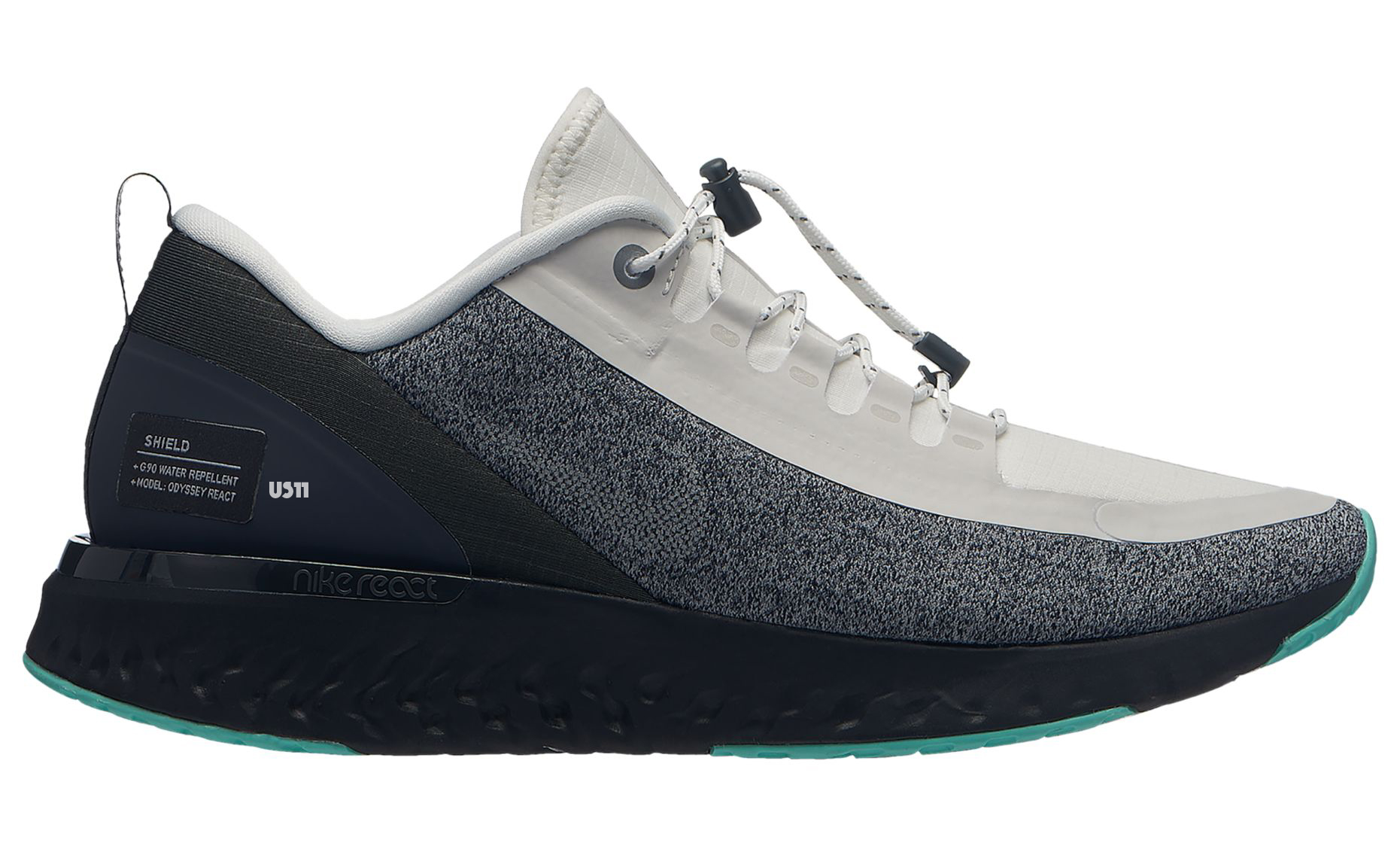 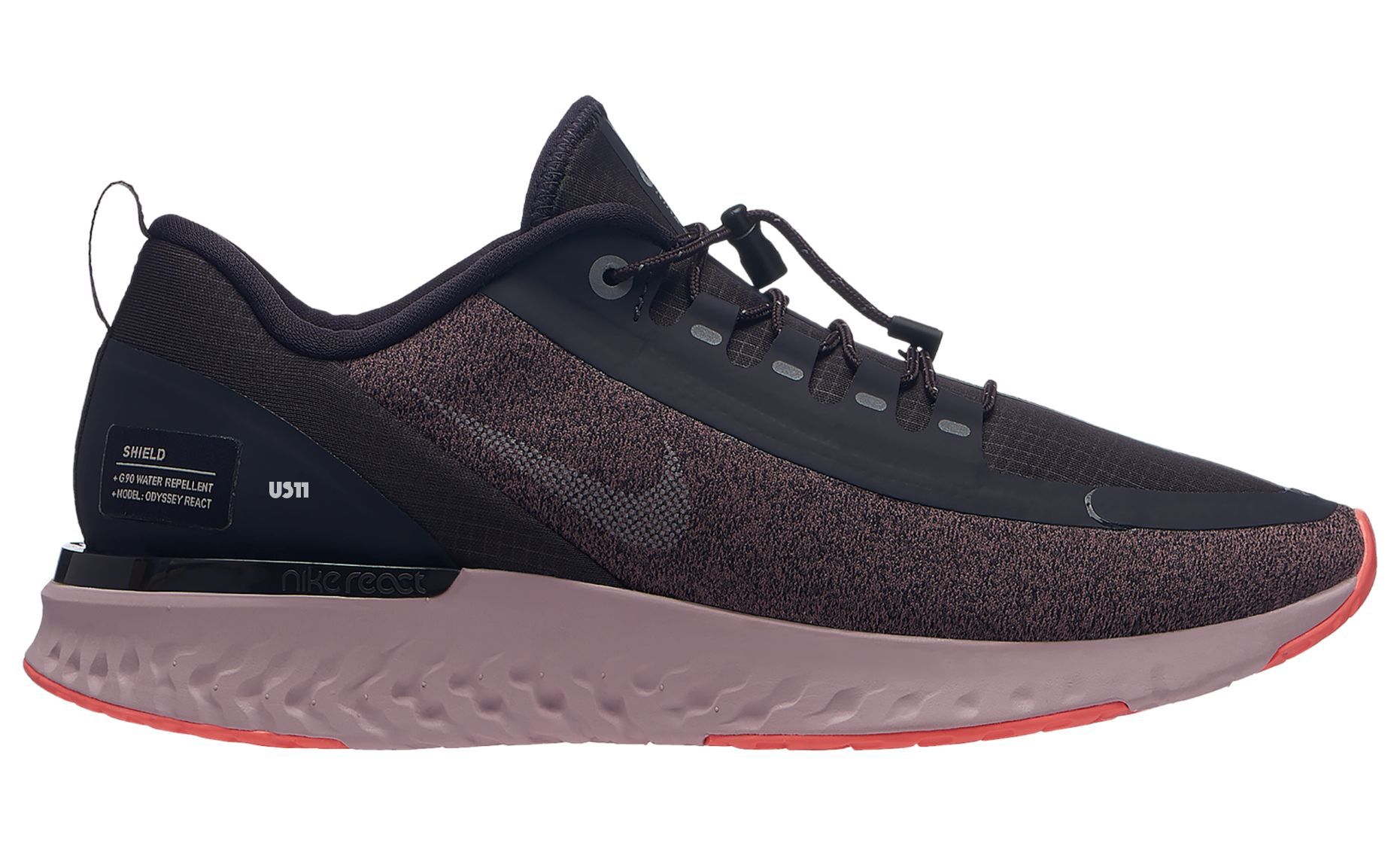 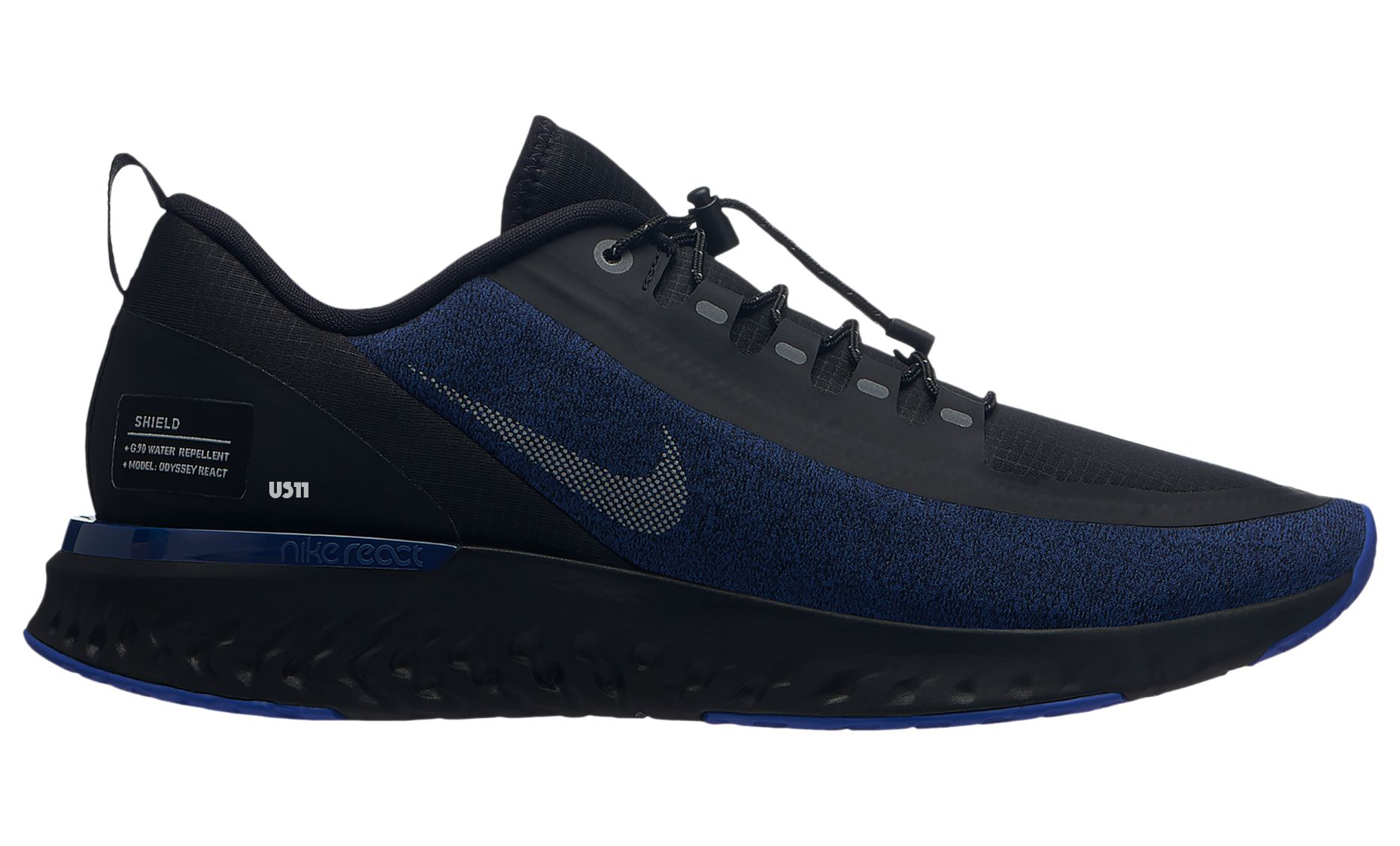 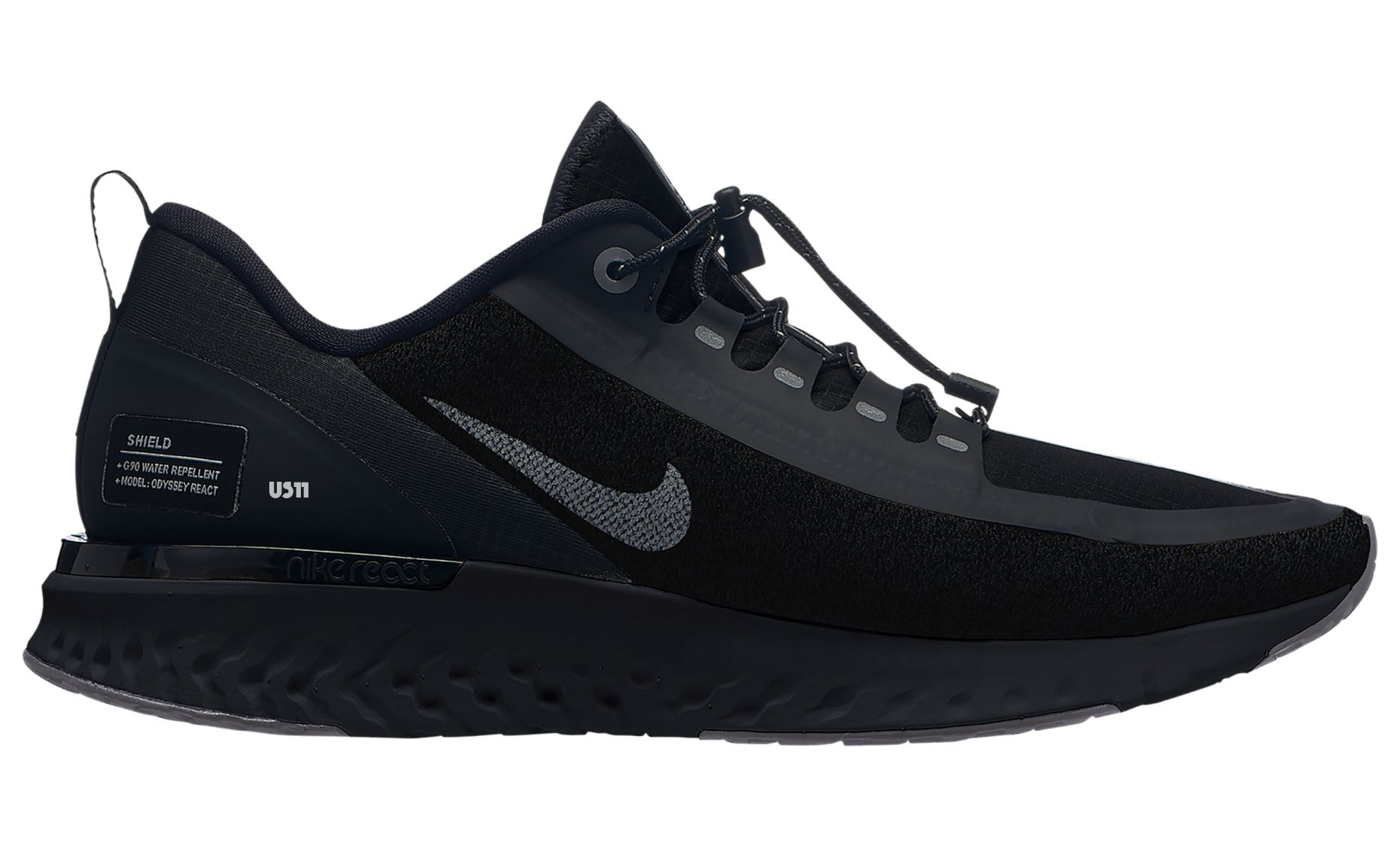