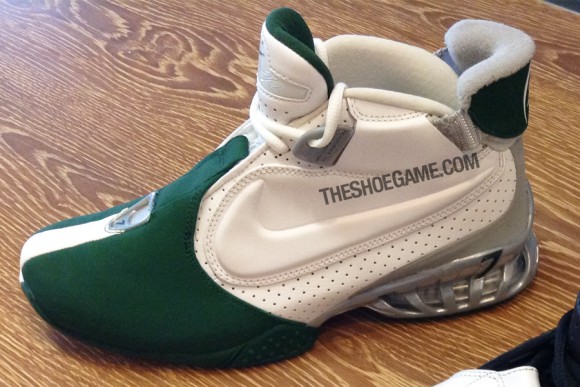 It looks like Nike’s deal with Michael Vick is finally coming to fruition in the form of sneakers. The Vick II originally released in 2004 and in 2012 Nike’s partnership with Vick started up again. Pictured above is a New York Jets colorway of one of Vick’s most popular models. Hopefully this will be a proper retro, and it seems to be, with the number 7 and not his current number 1 that is featured throughout the shoe. The shoe is rumored to be retroing in an OG colorway as well as the one pictured above come 2015.

Thoughts on the Nike Zoom Vick 2 ‘New York Jets’? Share them in the comments below.