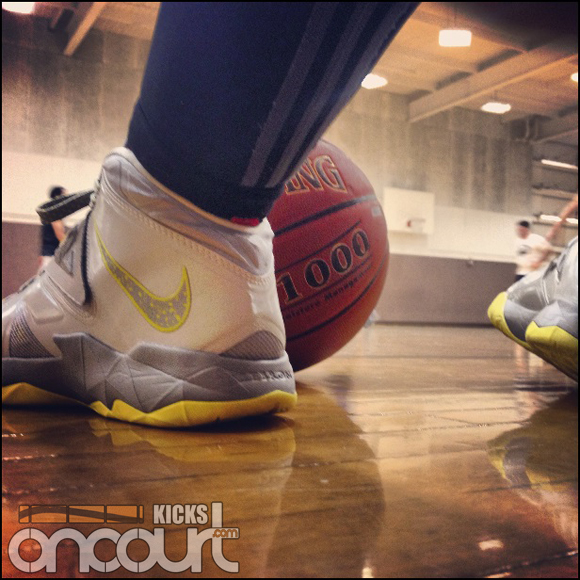 The Nike Zoom Soldier VII Performance Review is finally upon us… will they suit your game? 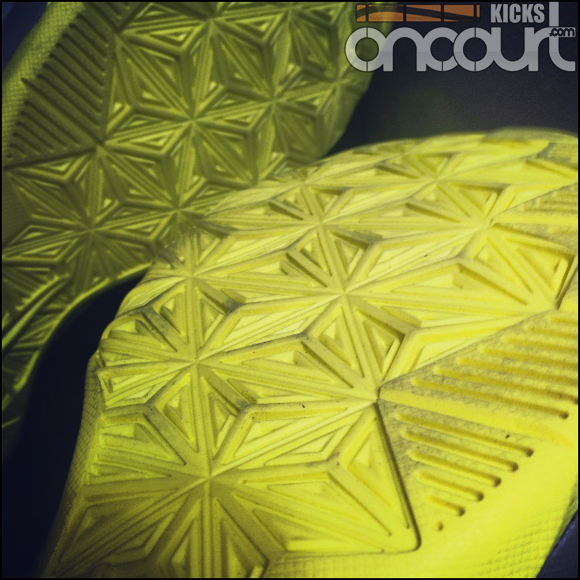 Traction – Once again… a non-traditional pattern ends up working well… really well. I loved how consistent the traction was overall and this held true even on less than desirable court conditions. Outdoor ballers, the rubber is really soft so hoop in them outdoors at your own risk. 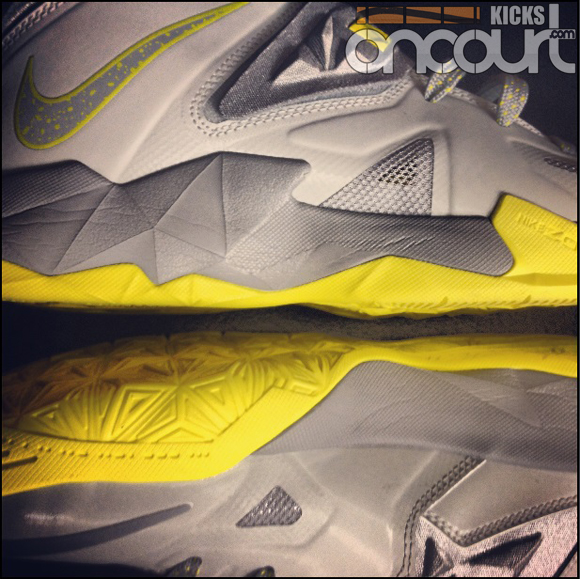 Cushion – Heel and forefoot Zoom but I really couldn’t feel it. They were very similar to the Nike Hyperdistruptor in terms of feel but a little more stiff. The impact protection was great and I had no issues with that but if you were expecting a spring-like responsiveness to the Zoom then you won’t receive it here. Compared to the Soldier VI, I preferred the forefoot feeling more in the VI and I preferred the heel in the VII… the heel in the VI sometimes felt a little squishy while these were pretty much perfect in the rear and offered more stability and support. 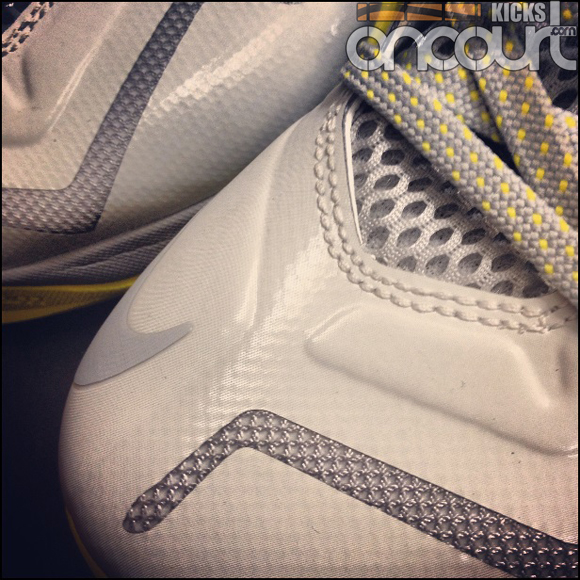 Material – The materials are good and bad. They are durable as hell but also pretty stiff. I was never really able to break them in and it reminded me a lot of ‘old school’ Fuse. I say ‘old school’ because Fuse really isn’t that old but it is just similar to the way they used to do it whereas nowadays the Fuse almost mimics leather in some cases. Overall, I liked its sturdiness but would have liked that sturdiness placed in high wear areas versus the entire shoe.

Fit – They fit true to size and while the lockdown started out a but rough – due to the midsoles stiffness – they eventually broke-in and became a pretty nice fitting shoe. Lockdown is good overall but I didn’t feel the strap did too much, especially when compared to last years model. Yes, I do prefer the look of this strap but I prefer the functionality of last years much more. The only thing I feel could have enhanced the fit is if the materials were less rigid/ stiff in certain areas – which I stated above in the Material section – since the softer materials would have wrapped around the foot a bit better than something this thick. All in all… it works so you can’t really complain too much. 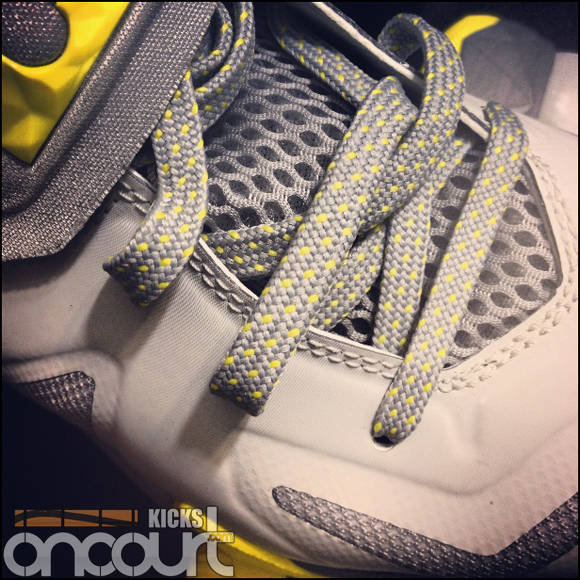 Ventilation – Well… definitely a step back from the Soldier VI but on the other hand… the materials and fit kept your foot contained perfectly fine – even with the additional moisture. If this isn’t something you require then I wouldn’t worry about it too much. 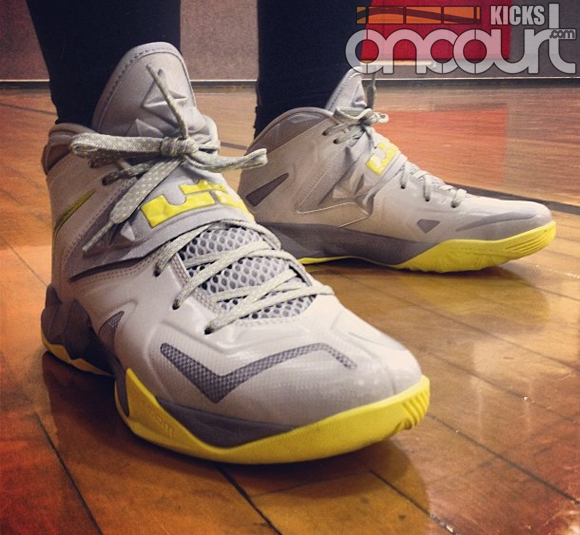 Support – The overall support is great. The fit and materials do most of the work while the arch and midfoot are far less flexible than the Soldier VI‘s – I think that might be their one major upgrade after thinking about it for a bit. 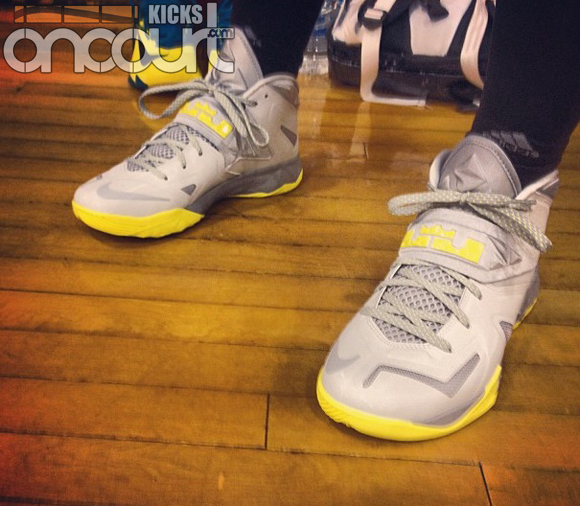 Overall – I still personally prefer the Soldier VI overall but that’s mostly because I don’t enjoy too much stiffness in my shoes. Some do and if you are one of those people then you’ll enjoy them. There really isn’t anything that sticks out to me as a “man, these are so awesome” type of attribute like I’ve had recently and they basically just felt like the average team model coming from Nike as of late… like the Hyperdisruptor… just sort of an average all-around shoe good for whoever might think they look cool. Its a good bang for your buck type of shoe – especially compared to their much higher priced signature – so if your team plans on wearing these this upcoming season… just know that you’ll be covered. 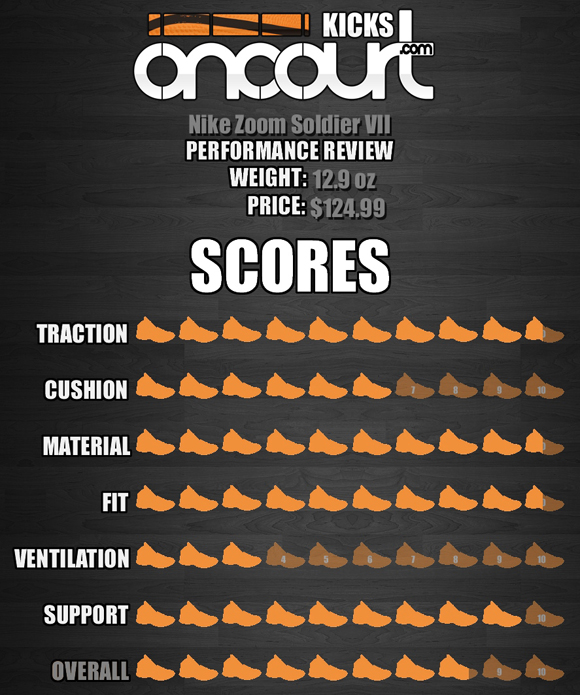