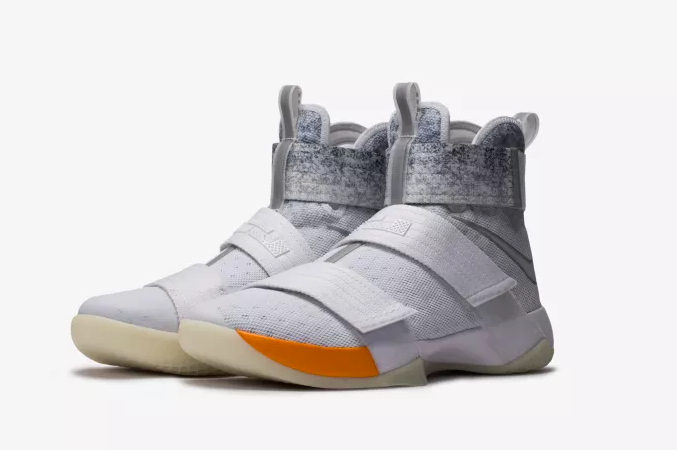 Yesterday, John Elliott, a modern men’s apparel company, tweeted a close-up shot of the forefoot of the Nike LeBron Soldier 10 and tagged both King James and NikeLab.

According to Nike, the LeBron Soldier 10 by John Elliott will release exclusively at the new Nike SoHo brick and mortar shop on November 11. The sneaker utilizes a glow in the dark outsole, sublimation print on the uppermost strap, 3M tabs, and orange accents at the toes. The insoles read John Elliott and NIKEiD.

“I decided to put the orange on the toe as an ode to the emotion I felt when I saw LeBron wearing these directional shoes for the first time,” said Elliott. “They were so striking to me, but I thought if I was going to strip it down, there has to be some thought process for a bit of a pop.”

“I have so much respect for LeBron and what he was able to accomplish in these Soldiers,” he added. “I decided to start with these because of the momentum he had and what he accomplished and how he shifted the culture in these sneakers. I think they’re borderline iconic.”

John Elliott, born in San Francisco, grew up hooping and has used Nike Basketball sneaker in his fashion shows.

Of course, there is no word yet on price. Will you be at the Nike SoHo spot waiting to pick these up come Thursday? Let us know in the comments below.

For a full performance review on the Nike Zoom LeBron Soldier 10 click here. 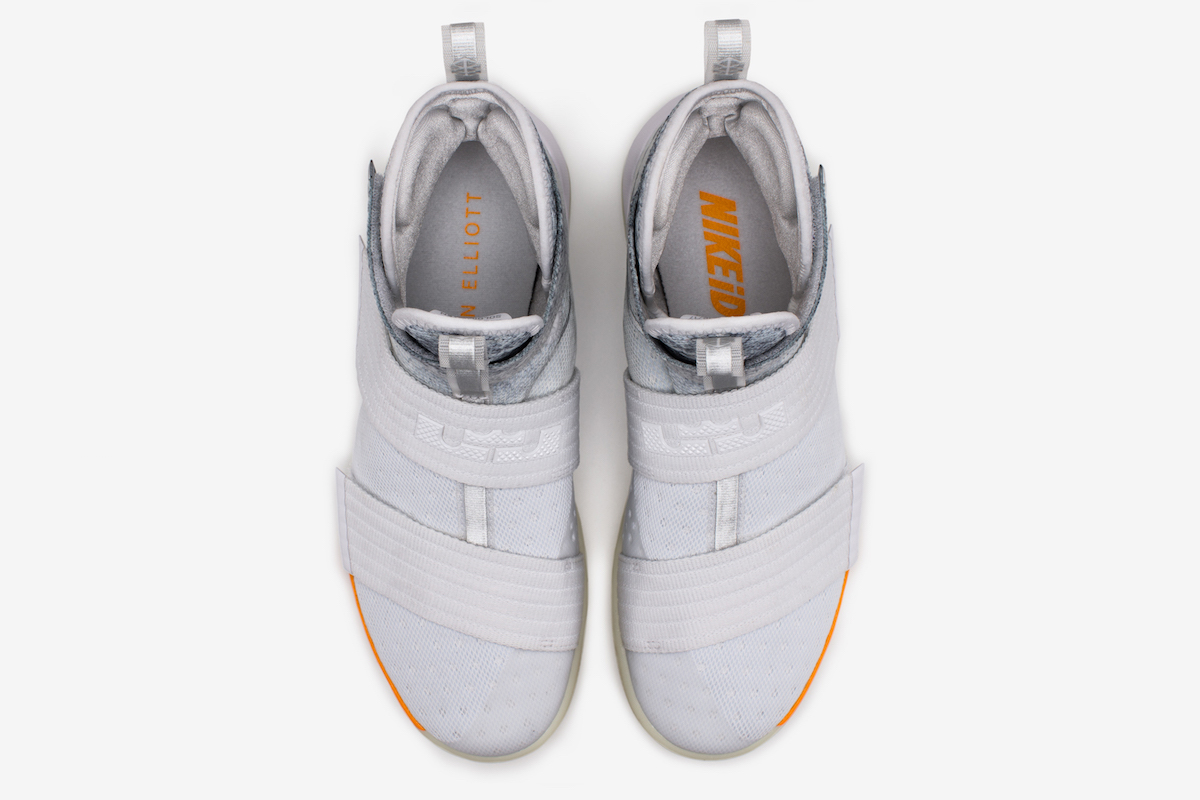 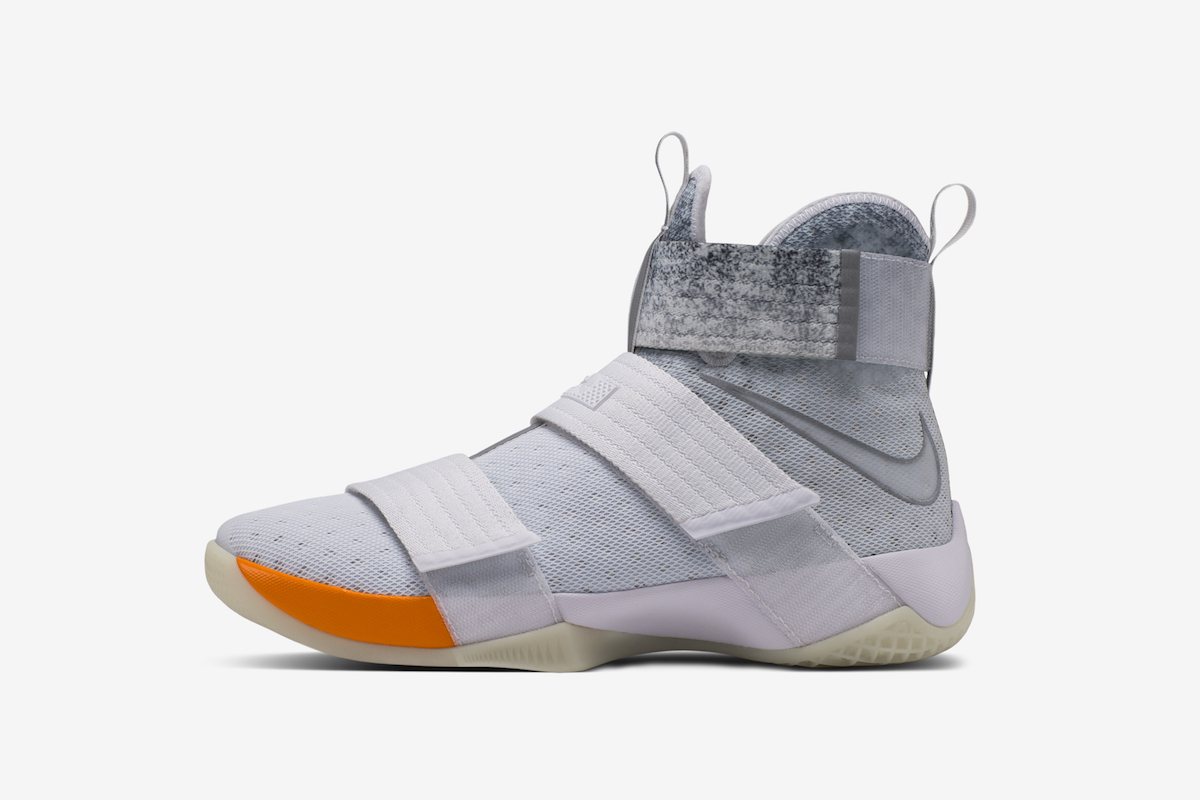 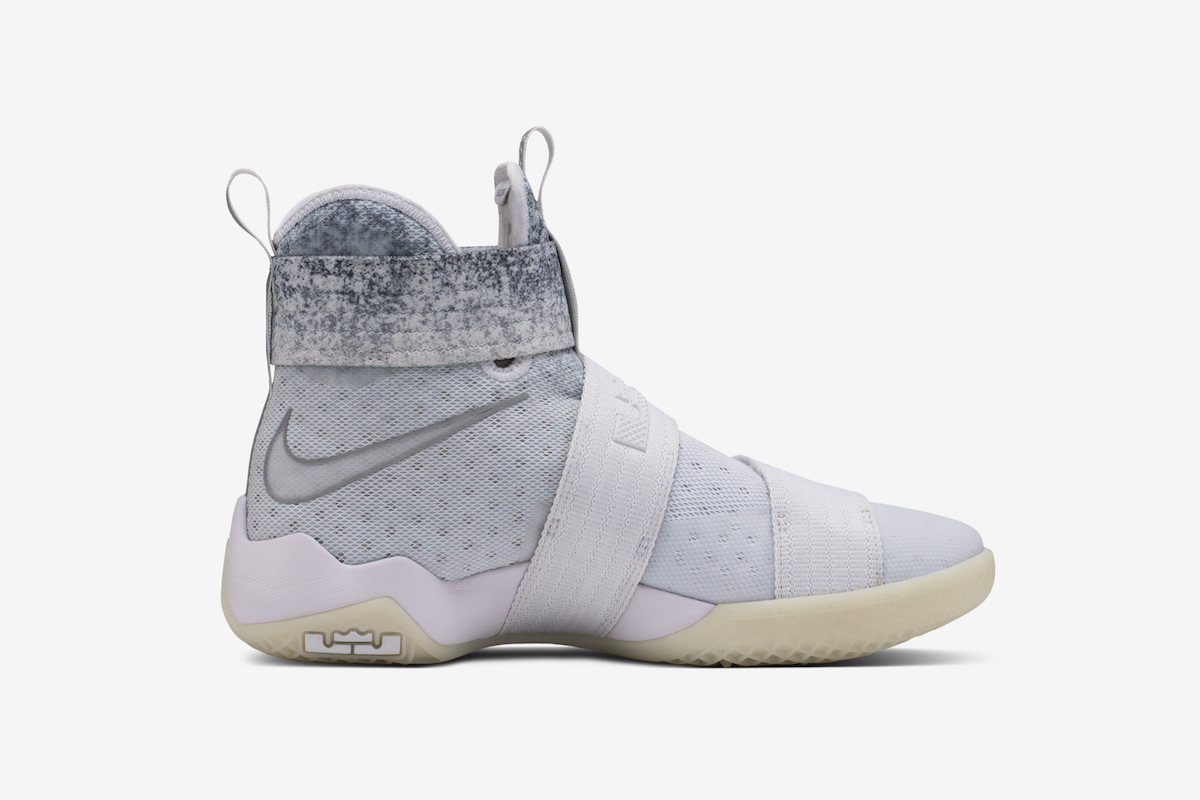 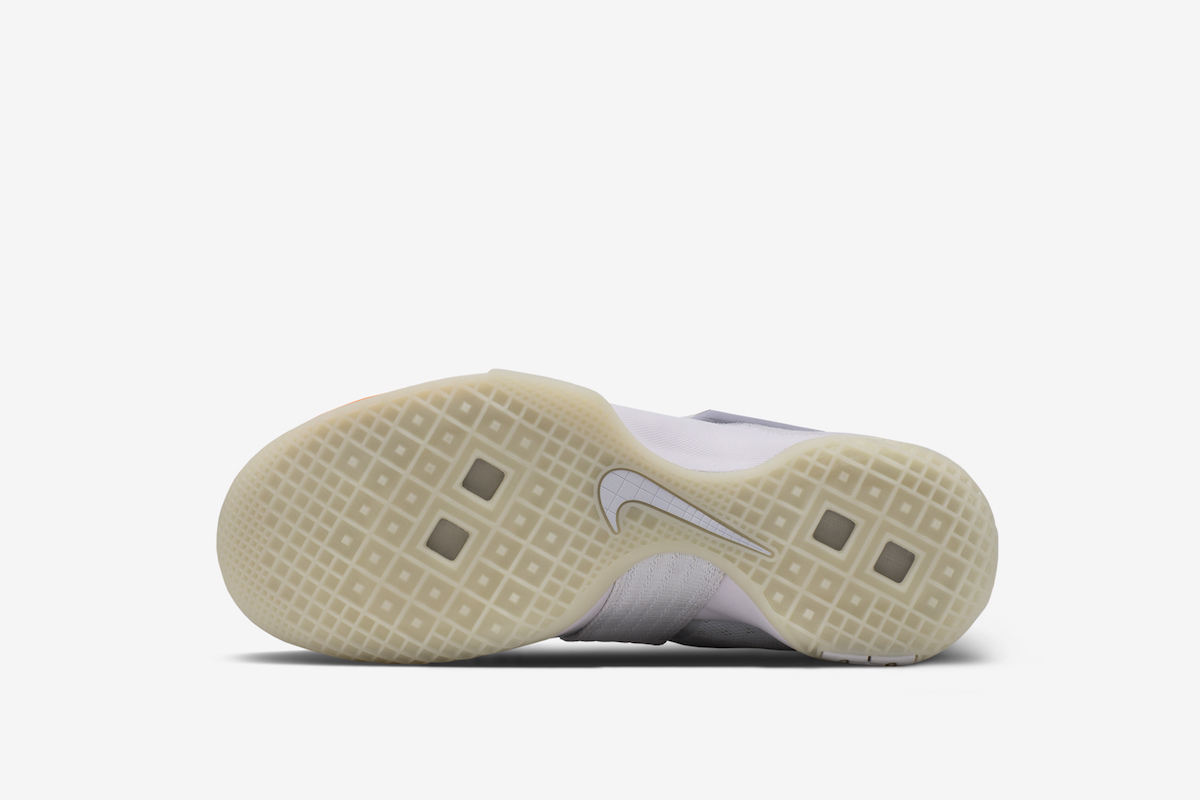