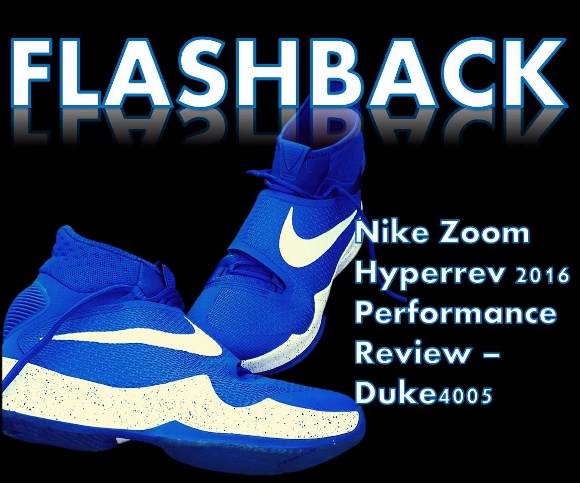 I’M BAAAAAAAAACCCCKKKKK!!!!! That’s right, back on court so another review is due. This time, a it’s shoe I could not WAIT to get on foot (because I got them two days after my surgery and had to sit and look at them for almost three weeks) — the Nike Zoom Hyperrev 2016. The 2014 saw the return of full-length Zoom; 2015 was a great fitting, low-riding rocket; and the 2016 is…well, you have to read (or watch)! 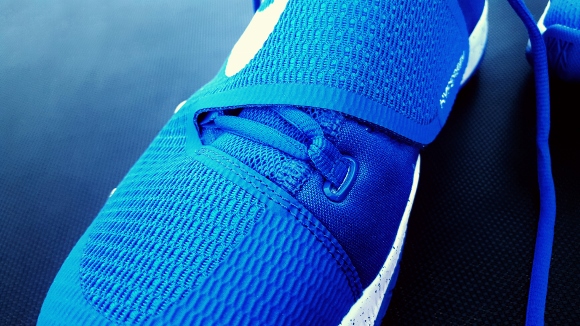 MATERIALS – The upper is nothing we haven’t seen before, but it feels oh so good. Mostly mesh, especially on the medial side, with a Fuse overlay around the toe box and the strap. The ankle collar is neoprene with mesh covering the padding — very open celled, almost Torch-like padding. It stretches, but not much. The midsole is Phylon with a heel and forefoot Zoom unit. The outsole is almost segregated heel/forefoot but has a traction piece under the lateral midfoot. Like I said, nothing new, but if it works, it works. 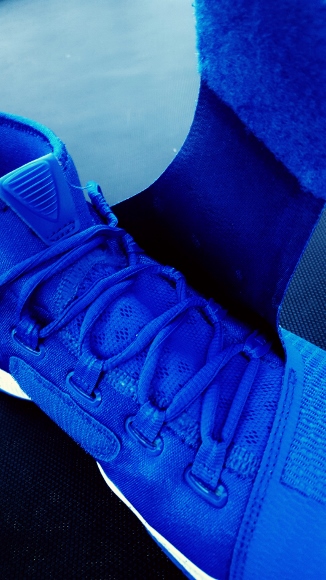 FIT – Interesting. Wide footers, beware. If you can get your foot in the collar, you should be good. If not, then on to the next one because sizing up, in my opinion, will make the shoe too long and sloppy. The forefoot looks long, like Ronald McDonald invaded Beaverton, but when on the foot it is exact. My normal 10.5 left me about a thumb’s width from the end of the shoe, which is what I like.

The midfoot strap helps keep your foot over the footbed (mine never came undone) and works well with the lacestraps pulling the shoe around like a Nike Snuggy. The heel is where it gets weird; I laced all the way tight, to the point of foot pain, and I still felt like my heel was slipping during warmups. During games, at full speed, I never worried or felt like I was unstable. I hate, HATE, my foot moving inside a shoe, but for some reason it didn’t bother me or went away — sometimes both. Not as good as the 2015 (few were), but not scary or “worst fit ever” either. Just play with the lacing and find your happy place. 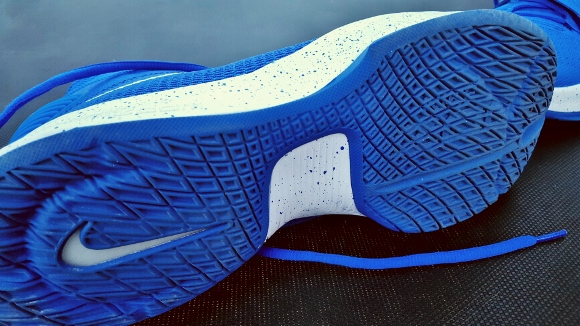 TRACTION – Yeah, there is traction. Lots and lots of traction, everywhere you look. I played on a tile floor — good. Dirty 24-hour floor — stuck. Clean high school court — nice. It didn’t matter what I threw at it, the HyperRev caught it and returned fire. The pattern is diamond, not herringbone, but when I look at it, the directions and angles are the same as a good ‘bone. The rubber isn’t too soft or hard, just right, but I don’t see the pattern lasting long outdoors — it’s too shallow. I don’t remember squeaking though, so don’t ask about my squeak test. For the most part Nike has traction down, and the Rev ’16 is no different. 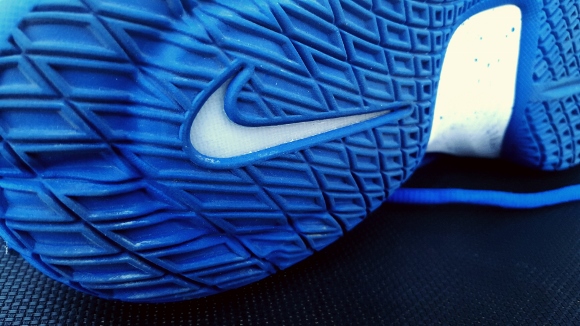 CUSHIONING – ZOOOOOOOMMMMM!!!!! And done right, or at least “right-er” than we have seen in a long time. Springy, responsive, and quick, Zoom was made for guards, and guards should love this shoe. The segmented, almost Feet You Wear molding of the outsole does contribute to the flexibility and court feel, but the Zoom gives the HyperRev 2016 it’s punch. When Zoom first arrived in the late 90’s, players immediately assumed they would be faster and lower, and this shoe makes me feel that same way. I hate to keep drooling over the Rev, but to me, it is the best usage of Zoom since the Air Jordan XX8. 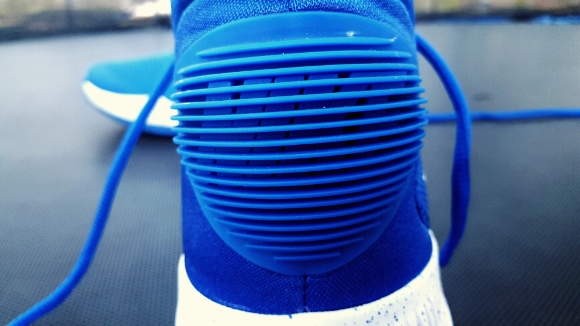 SUPPORT/STABILITY – The forefoot outrigger will keep you from tipping over when you get crossed. This is one of the largest outriggers, lengthwise, I have seen in a while, running from the midfoot until almost the end of the toebox, but it doesn’t stick out very wide. It’s just enough to work. The heel is a little wider than the upper to keep rollovers away, and the midsole wraps up over the pinky toe on the lateral side to hold your foot on the footbed.

The upper doesn’t offer much other than the lacing and the strap. The lacing system moves away from the traditional Flywire into Flystraps (I guess?), and this is a good thing. The ‘Wire tended to bite into my foot when laced tight where the straps are wide enough to spread the pressure out. They run under the footbed in the midsole to pull the shoe into the foot. The strap is like Drake at a Raptors game — not necessary, kind of annoying, but still there. It is more of a Fused protective wrap over the lateral padded mesh for some durability assistance.

The ankle does nothing — might as well be wearing a lowtop. Looks cool (to me), but if you need a hightop for that extra feeling of security, keep looking. And if you wear a bulky ankle brace, forget it; I couldn’t get a lace-up McDavid in the shoe.

OVERALL – A serious shoe for serious players. Let’s be honest, let’s be real: Nike has been skimping on cushioning lately, unless you want to pay +$160 for a signature shoe. The HyperRev line has been refreshing the last three seasons for two reasons — traction and one of the only good Zoom set-ups out there. The 2016 is no different.

Look at the Rev if you play a fast, energetic, quick, dynamic game. The Zoom springs and the tires squeak. If you need a supportive shoe or like a “solid” feeling shoe, you may want to skip to the next track. Not that big guys can’t wear it, but if you don’t have the footwork or gait, beware. Nike, I REALLLLLY hope this is the sign of the future — an affordable, high-performing, responsive shoe that breaks necks, good or bad. Very good. 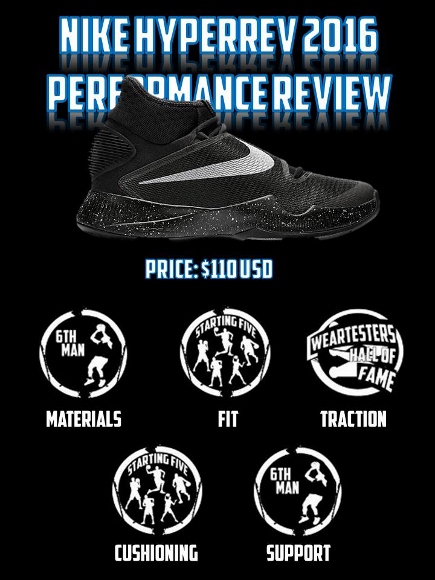