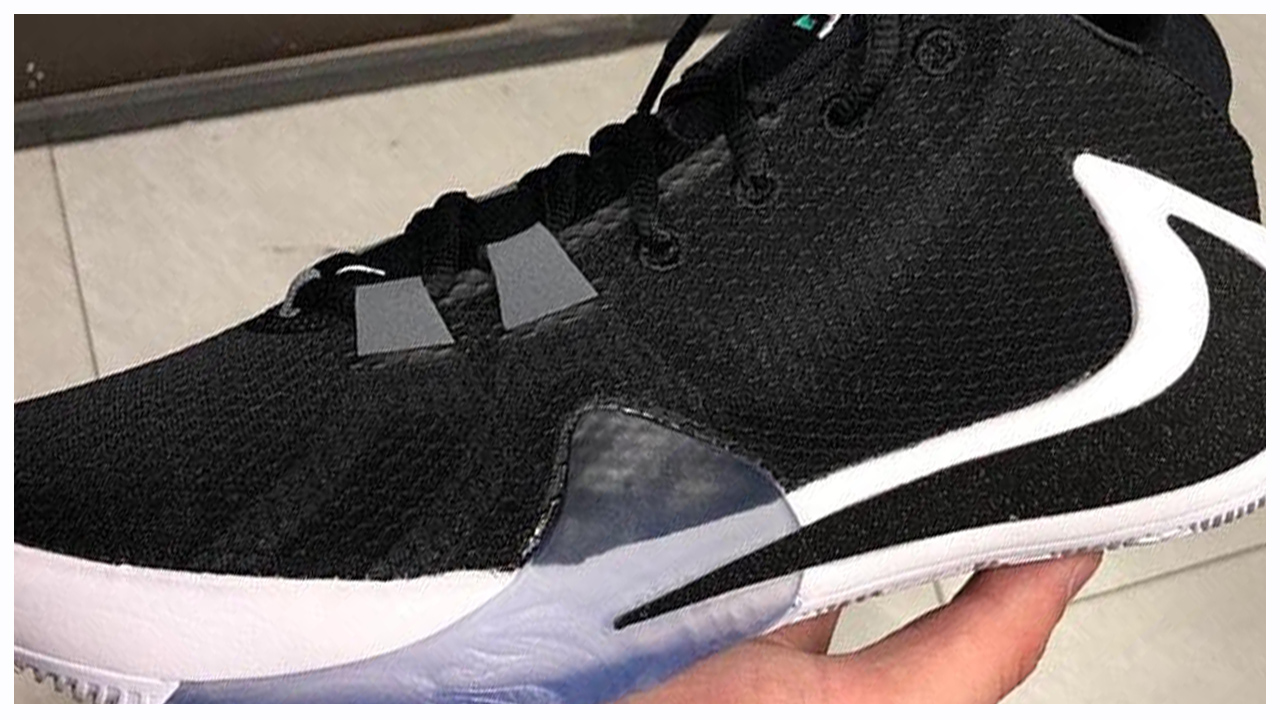 Easily one of the most anticipated basketball shoes of the year, the Nike Zoom Freak 1 is the first signature for the Greek Freak, Giannis Antetokounmpo (the only and LAST time I will spell that name).

Giannis is the first Nike basketball player to receive a signature shoe in three years (PG) and some would say it’s long overdue. Well, no more — it’s here… sort of.

Pictures appeared in our Instagram DM’s today from our friend in Wisconsin, and die-hard Bucks fan, @sho3tym. As you can see, the shoe features a textile mesh upper with what looks like welded overlays and a support strap/web lacing system in the forefoot. The midfoot and ankle lace into normal holes. Speaking of the midsole, it’s been said to feature double-stacked Zoom Air in the heel resting in a Phylon foam carrier. Its most noticeable feature, however, is the huge backward swoosh, much like the Nike PG2, that is sculpted within the midsole tooling. Moving down to the outsole, this colorway uses the Nike’s favorite type of rubber — translucent — with some solid rubber sections across the heel and forefoot.

Personal details include his new logo on the heel and the names of his parents, “Charles*Veronica”, under the arch and “I Am My Father’s Legacy” on the outsole.

This colorway is set to release on July 3 for retail of $120. You know there will be MANY more coming behind it, so if black/white isn’t your gig, just be patient. You know a performance review is coming as soon as we can get our hands on a pair, so stay tuned, and thank you again @sho3tym for sharing with us. 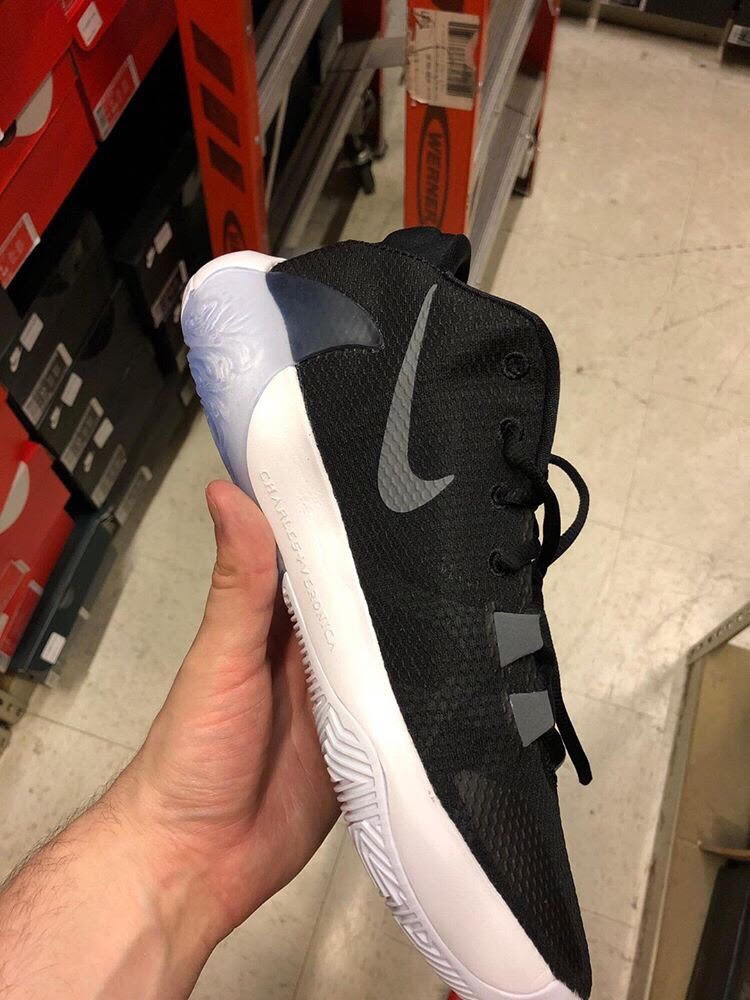 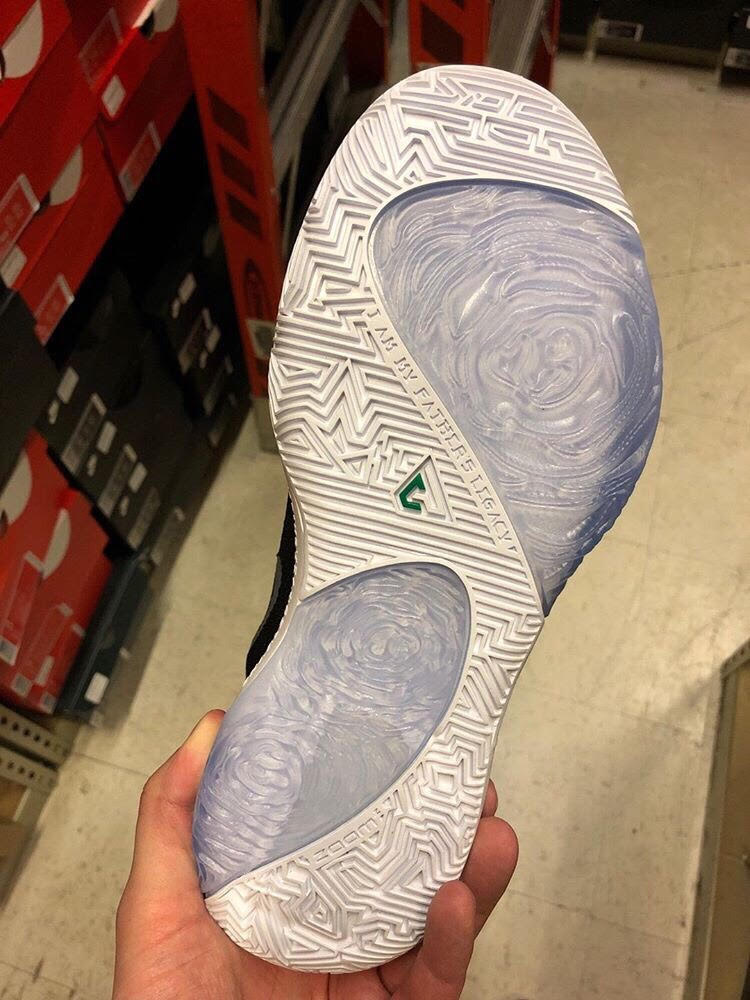 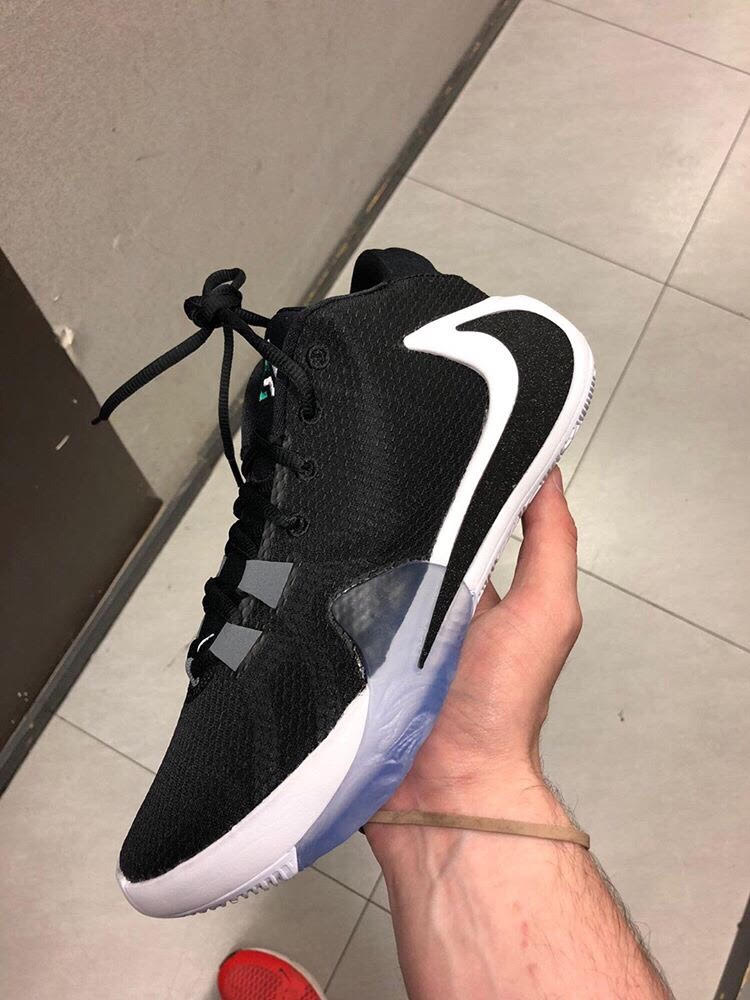