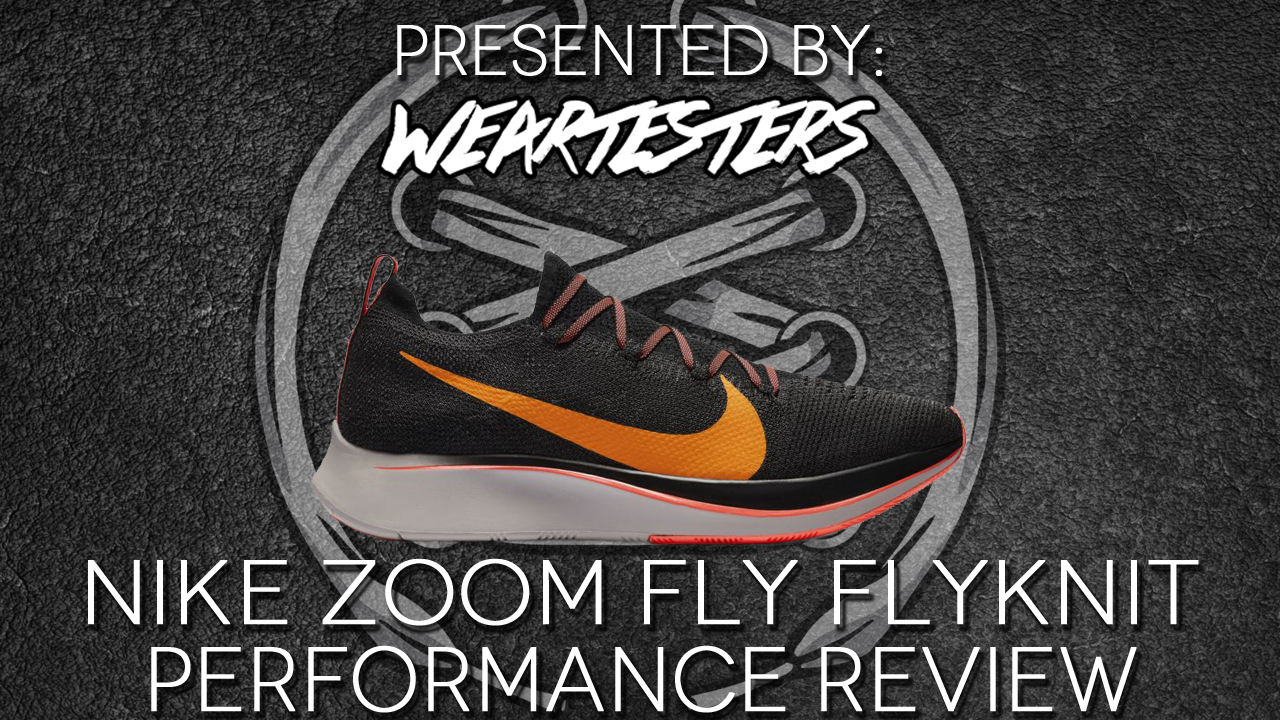 After a few iterations within the series, Nike made some very significant changes to the Zoom Fly with the latest Nike Zoom Fly Flyknit. Do those changes make this new build a must-have for runners? Let’s find out.

You can buy the Nike Zoom Fly Flyknit at Eastbay.com

The traction pattern of the Zoom Fly Flyknit is comprised of hexagons that vary in shape. While the forefoot features a shallow rubber outsole the midsole foam is exposed, beginning at the midfoot. That exposed foam recesses along the plantar fascia area until the outsole rubber returns in the heel in segments.

All of that aside, the traction was enough in my experience. A couple of hurricanes passed during testing, so I got to take these out in nastier conditions more than a few times and never had issues with slipping on wet surfaces.

And while I remained surefooted throughout the dozens of miles I put on the Zoom Fly Flyknit, there were some minor caveats. If your stride is not correct, it won’t be long until the edges of the midsole fray like crazy where the heel’s outsole pods can’t reach. The other caveat may be more of a cushion issue, so we’ll put that on a quick pause, but overall the traction should get the job done for at least ¾ of the year, as winter is not quite here and the traction seems a little too shallow for icy conditions.

For the most part, cushion has been my favorite part of the Zoom Fly Flyknit. Gone is the Lunarlon of the original Zoom Fly and Zoom Fly SP; instead, Nike gave us an upgrade with React foam in the midsole. I’ve grown to love React in a few models I’ve tried this year, and the Zoom Fly Flyknit may be the most balanced of the React sneakers I’ve worn.

Cushioning was plush when I needed it at slower speeds and responsive as hell in the forefoot when I needed to push the pace. Transition was excellent overall with a 10mm offset that is accentuated with a carbon fiber plate (the same one used in the $250 VaporFly 4%) that runs from heel to toe. Nike says this spring plate as gives runners a propulsive sensation and while that is technically correct I find that that sounds more aggressive than what it really is; I’d describe it as more of a subtle guidance into toe-offs that adds to the responsiveness.

If I had to nitpick, I will say there were a couple of times I felt a little slower in transition because of the recessed area of the midsole. This only happened in very shallow puddles, which I suppose should be expected but because of the recessed area it felt like what I can only describe as a mix between a suction cup and wringing out a sponge. Again, this did not affect traction, but it did make me feel like I was stuck in contact the ground a split second longer than it would otherwise.

Perhaps my favorite part about the cushioning is the impact protection. As someone who is heavier than he would like to be as a runner with a bad habit of thumping when fatigued during runs, I was a little nervous my knees and shins would hate me later. To my surprise, I never felt any jarring impact during testing and no real aches or pains from impact after running.

As the name implies, Flyknit is the main feature of this Zoom Fly model, and it’s yet another departure from its predecessors. This knit construction swaps the traditional tongue system for a one-piece sock-like build; it provided the right amount of stretch where I needed it and possibly a little too much stretch in other areas, depending on your preferences (more on that later).

The majority of the upper is a single layer knit treated with a wax-like texture that I expected to be uncomfortable without socks. However, it wasn’t too bad the one time I ran without socks. An open knit with even more stretch is applied beneath the lacing system and there is no Flywire to speak of (although it may not be necessary in a runner that covers the midfoot snugly like the Zoom Fly Flyknit this does).

Flat lacing isn’t quite my cup of tea, but it was helpful in this case because the laces never dug into my feet — even when laced tight. Also, there is an abundance of ventilation from the midfoot to the toebox thanks to the Flyknit. The Zoom Fly Flyknit has been extremely comfortable with its lightweight materials, and I had no issues with durability.

I have a slightly narrow foot so true to size worked best for me in length and width. Initially, the shoe was a perfectly comfortable one-to-one fit, but after a few miles the Flyknit stretched to the point where I have a bit of volume over my toes. This wasn’t a big issue for me as lockdown in the rest of the shoe was never affected, it’s just something I noticed.

Widefooters, you won’t necessarily have issues with fit as the Flyknit is very sock-like, but the Zoom Fly Flyknit still may not be for you. Why is that? Let’s talk about support…

Essentially there is little to no room for anything beyond linear activity in the Zoom Fly Flyknit. That’s not a knock on the sneaker because Nike makes it very clear that this is a tempo runner/racer and nothing outside of that realm. The shoe runs on a very narrow base, which is why I say those with wide feet may want to think hard about this one.

While the forefoot does provide a much wider platform than the heel, there simply isn’t enough containment within the upper’s knit to handle much more than forward movement. If you are a widefooter with experience running long distance and have mechanics down you may be able to make the Zoom Fly Flyknit work. If not, I’d advise you to really consider how you’ll utilize this shoe.

Linear support comes in the form of a full-length carbon fiber plate that provided a very stable ride in the forefoot, but not so much in the heel because of the 10mm offset. There is no true heel counter, although you do get some padding and I am thankful for it because I didn’t experience any heel slippage whatsoever. Again, considering this as only a runner, I’d say it will meet the requirements in support for most consumers it is targeting.

The Nike Zoom Fly Flyknit was certainly an interesting and, at times, fun shoe to run in. At $160 I say it isn’t a must-have — for speed training and shorter distance running, there are more cost-efficient options out there you may benefit from.

Serious marathoners that want the full-length carbon fiber plate but may not be interested in spending $250 on the VaporFly 4% Flyknit may find the Zoom Fly Flyknit to be a suitable option. Even those that have the means to find a similar-constructed shoe for tempo runs and keep the VaporFly fresh for race day wouldn’t hurt from giving this a try given Nike’s excellent return policy.

Me? I’m going to keep the Nike Zoom Fly Flyknit on ice until I feel I’m ready to run anything beyond a 10K. Hopefully, by that time, my now one-year old won’t be grown enough to be my pacesetter. 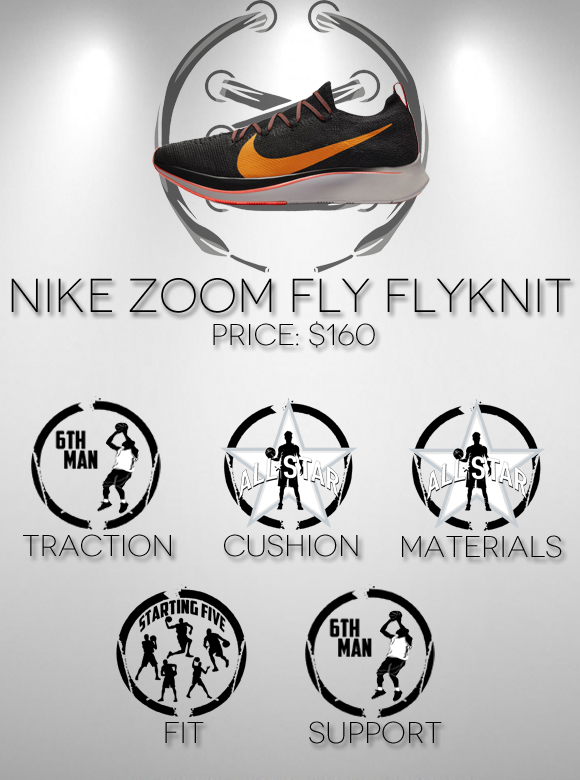