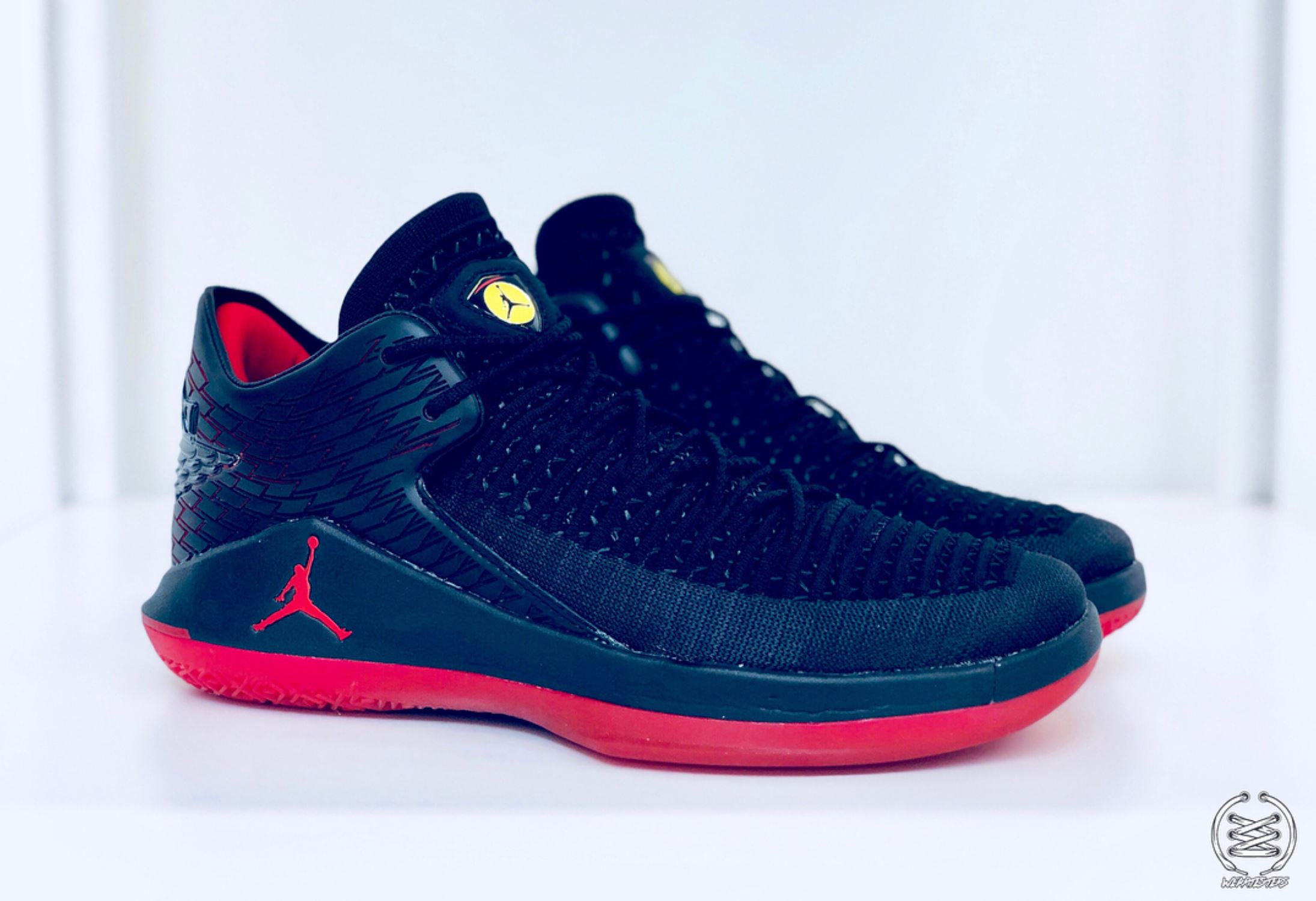 Most people know that the Air Jordan 14 ‘Last Shot’ celebrates Michael Jordan’s fateful game-winning shot that gave the Bulls a second 3-peat and their sixth NBA Championship in the ’90s. Now, Nike has unveiled the Air Jordan 32 Low ‘Last Shot’.

A blacked out Flyknit upper keeps things classic while a red liner carries the theme through. Red can also be seen seeping through the Wings logo at the heel.

Expect the Air Jordan 32 Low ‘Last Shot’ to retail for $160 when it arrives at retail. There is still no official word as to when it will release so stay tuned. 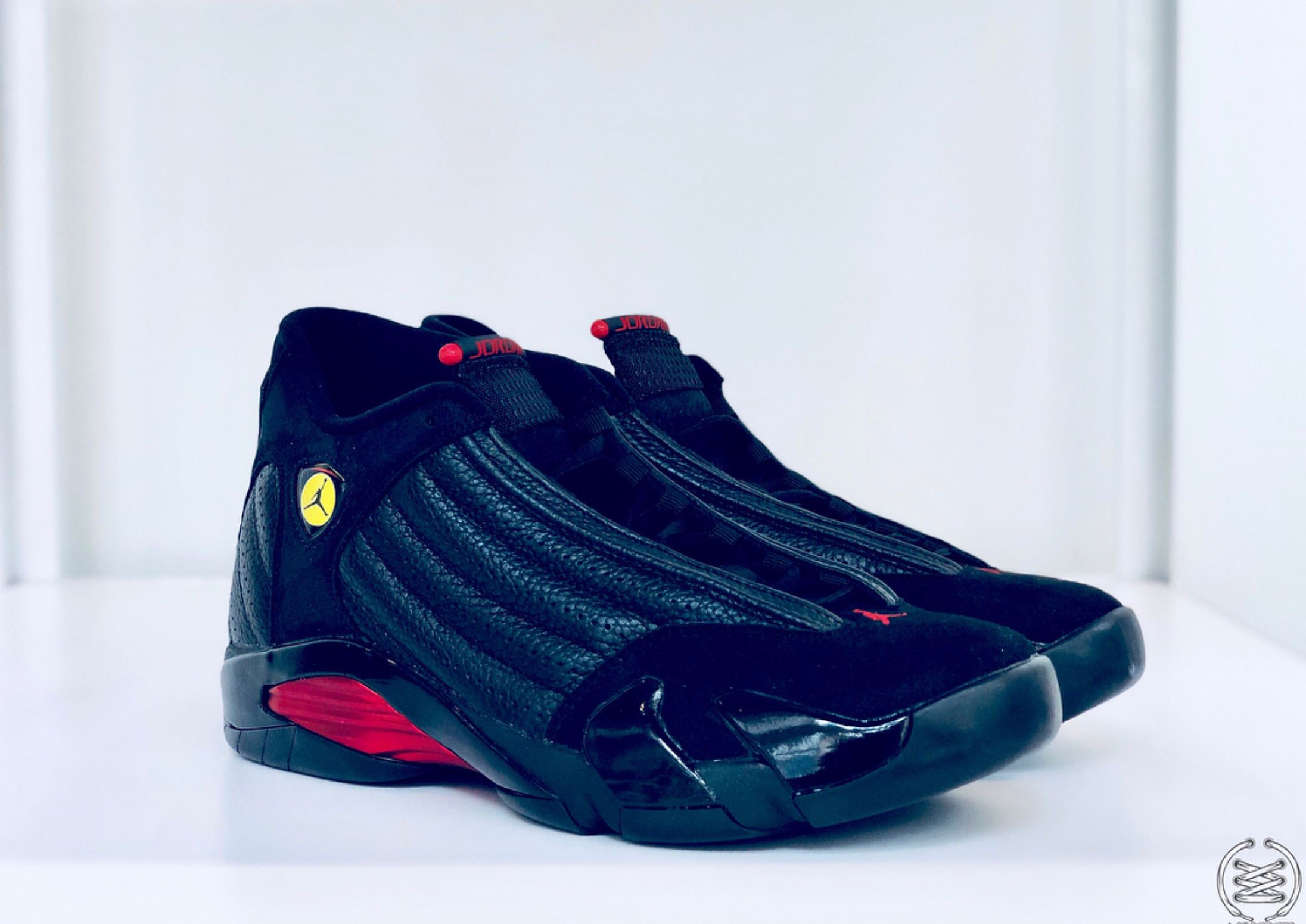 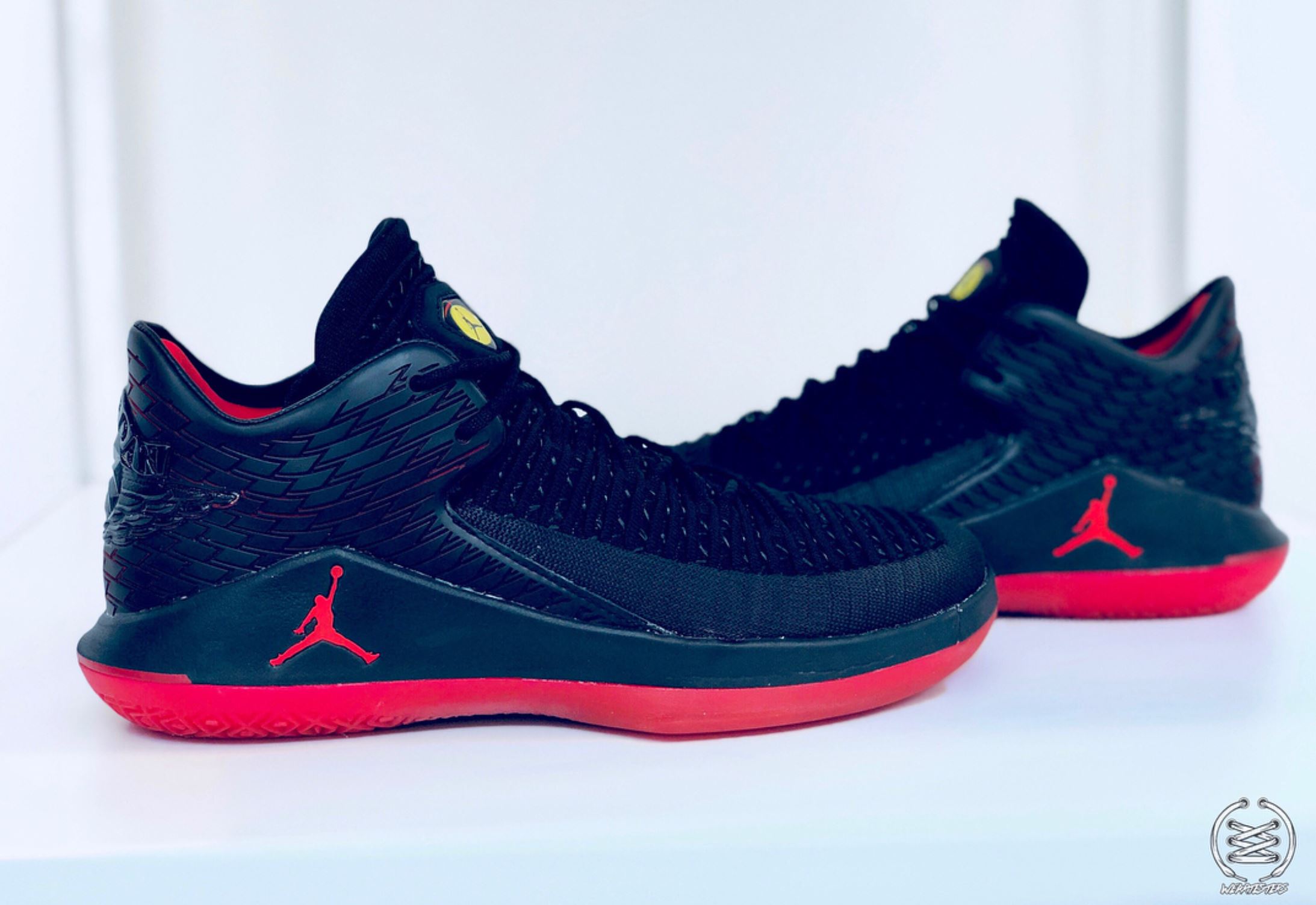 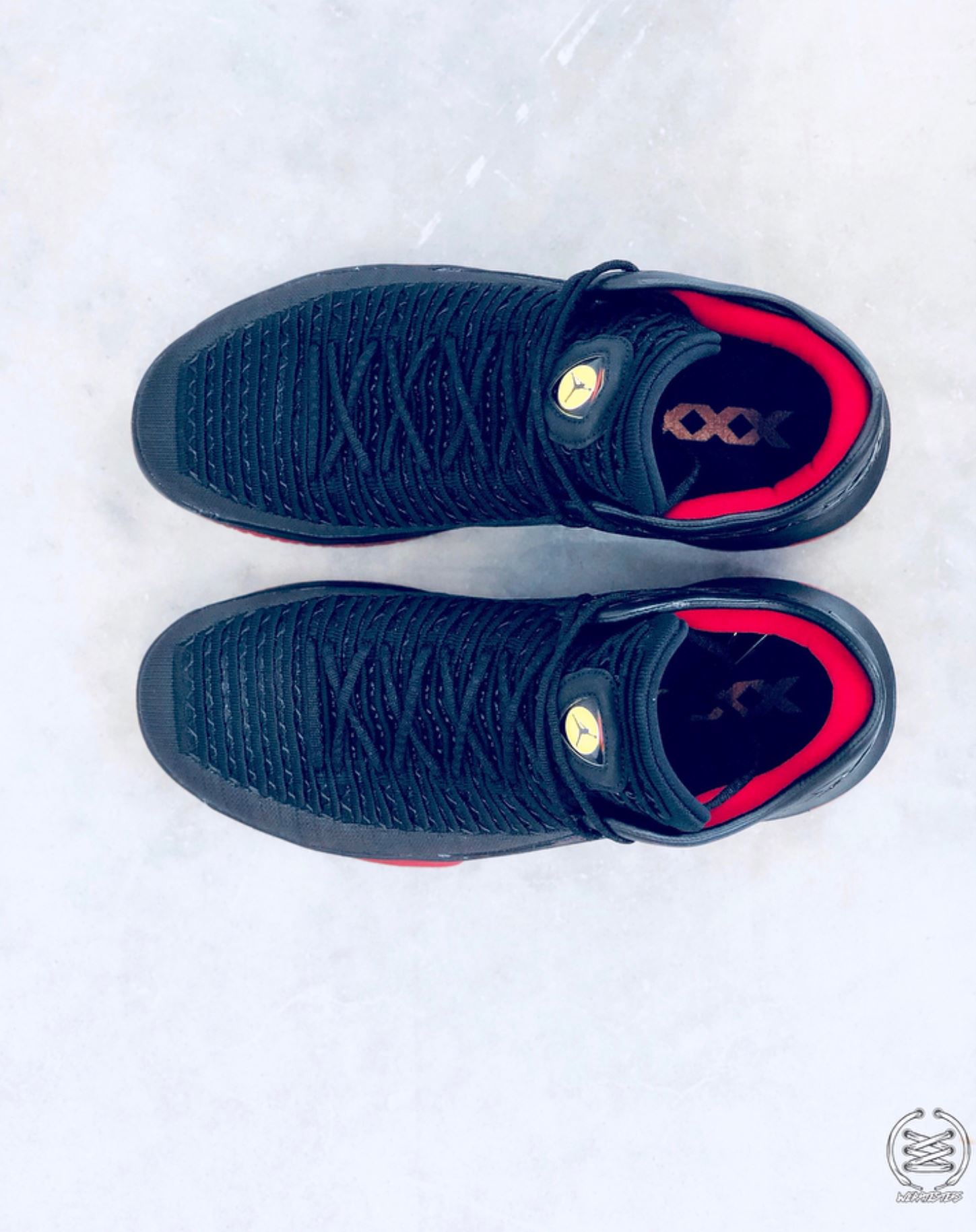 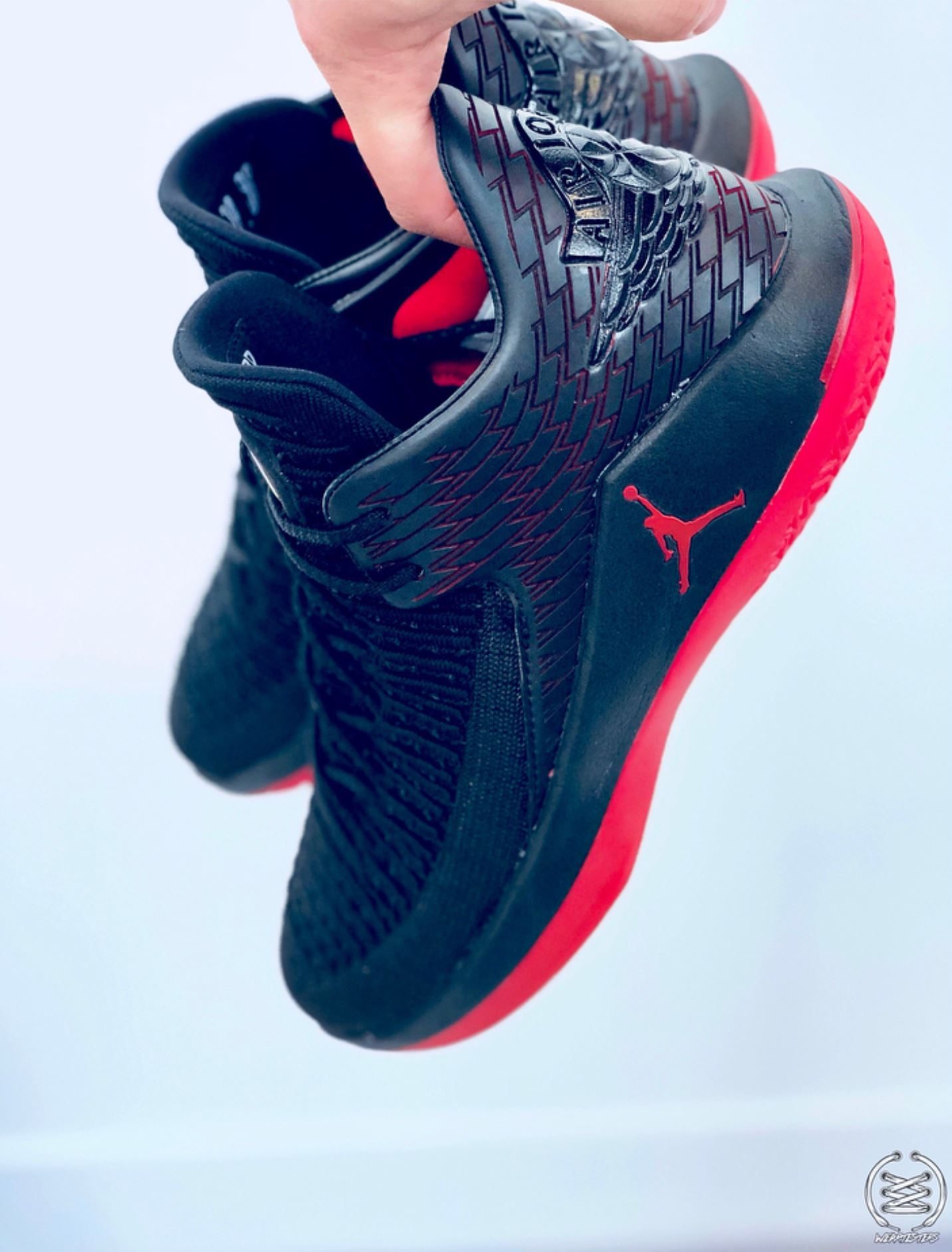