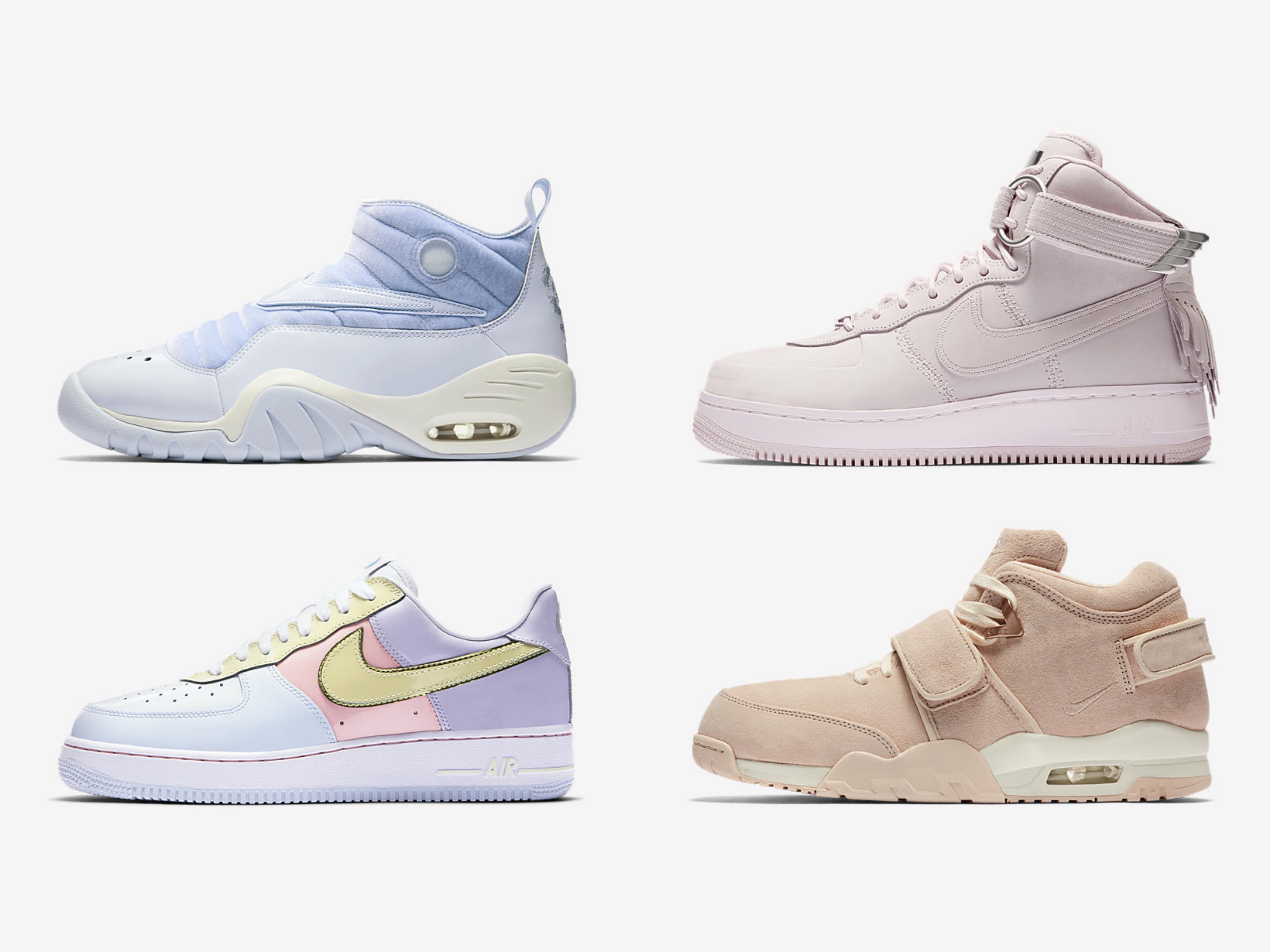 The pastel colors are out for the 2017 version of the Easter Pack featuring the Dennis Rodman worn Air Shake Ndestrukt, the Air Cruz, Air Force 1 Low, and Air Force 1 High SL.

While some other colorways of been trickling into retailers, this is the first colorway to officially launch for the Air Shake Ndestrukt. Blue colors take precedent on that shoe, with a white patent on the midfoot. Another monochromatic shoe is the Air Cruz, white prominently features Orange Quartz suede on the upper. The Air Force 1 Low features contrasting egg colors, while the High SL features Pearl Pink all throughout.

Scroll down to cop each shoe in the NSW Easter Pack, with links below each image: 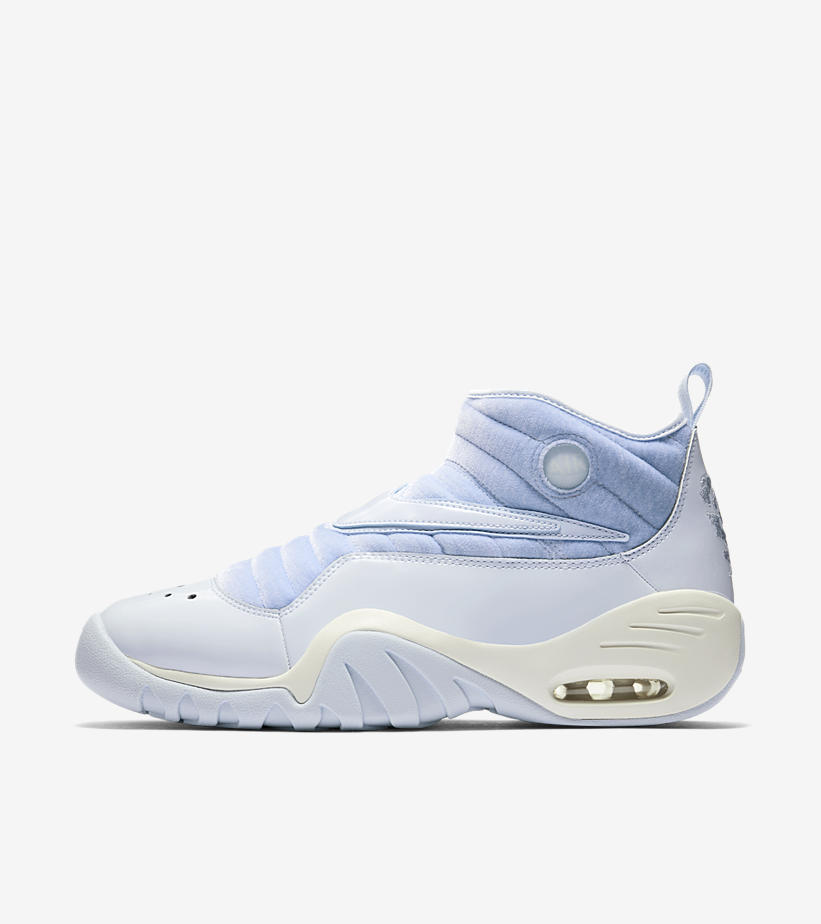 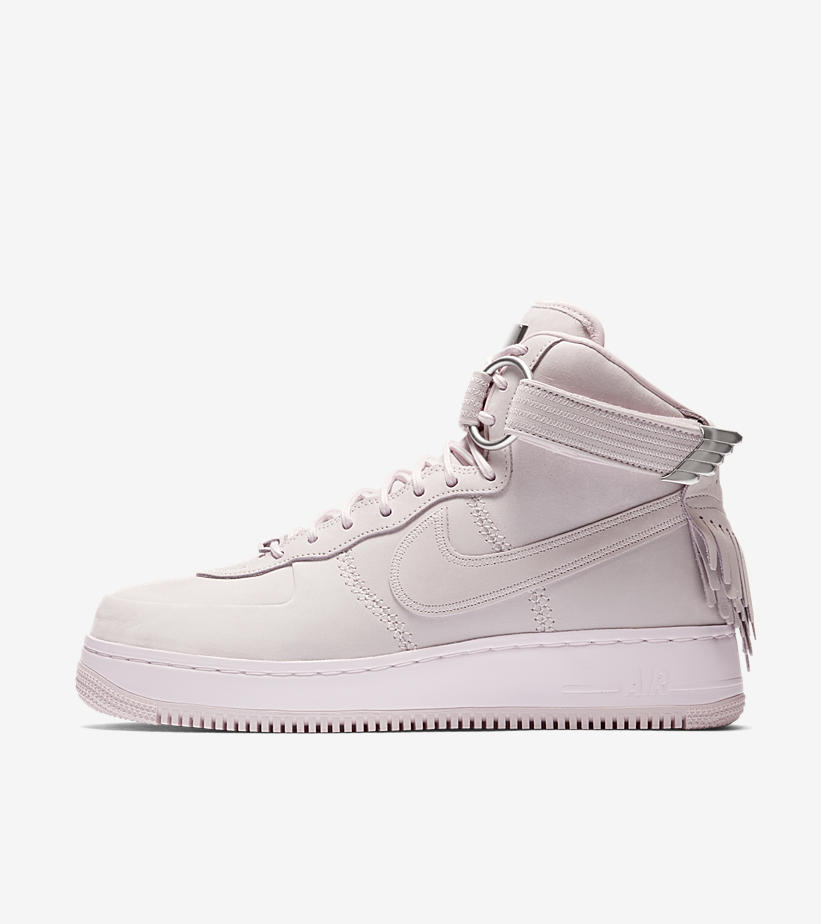 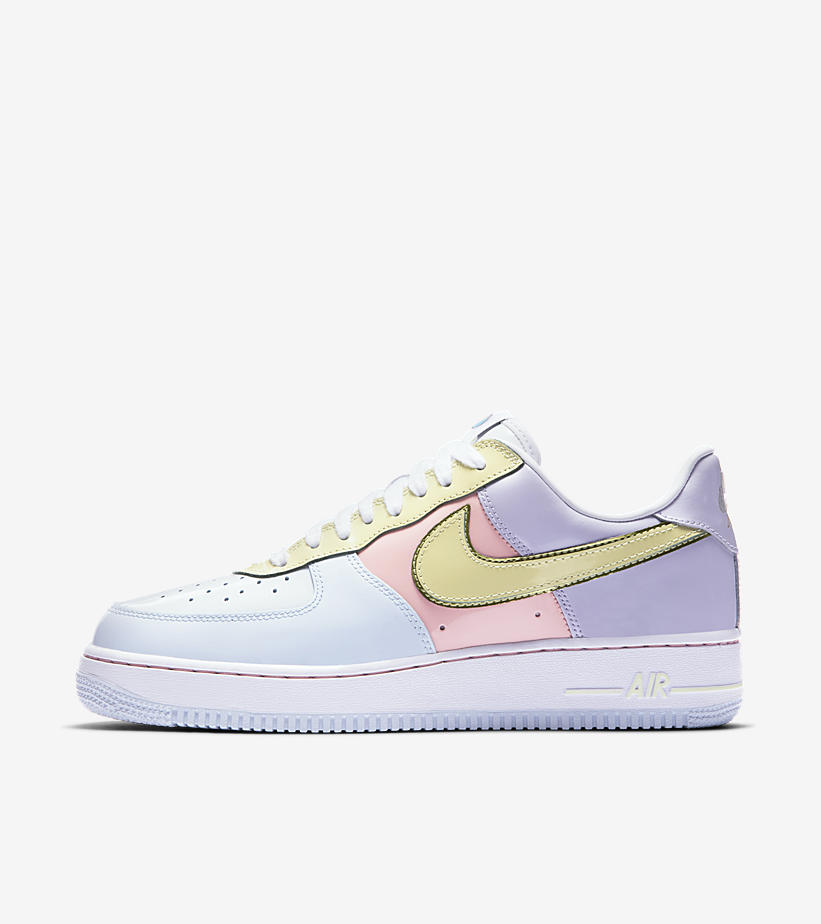 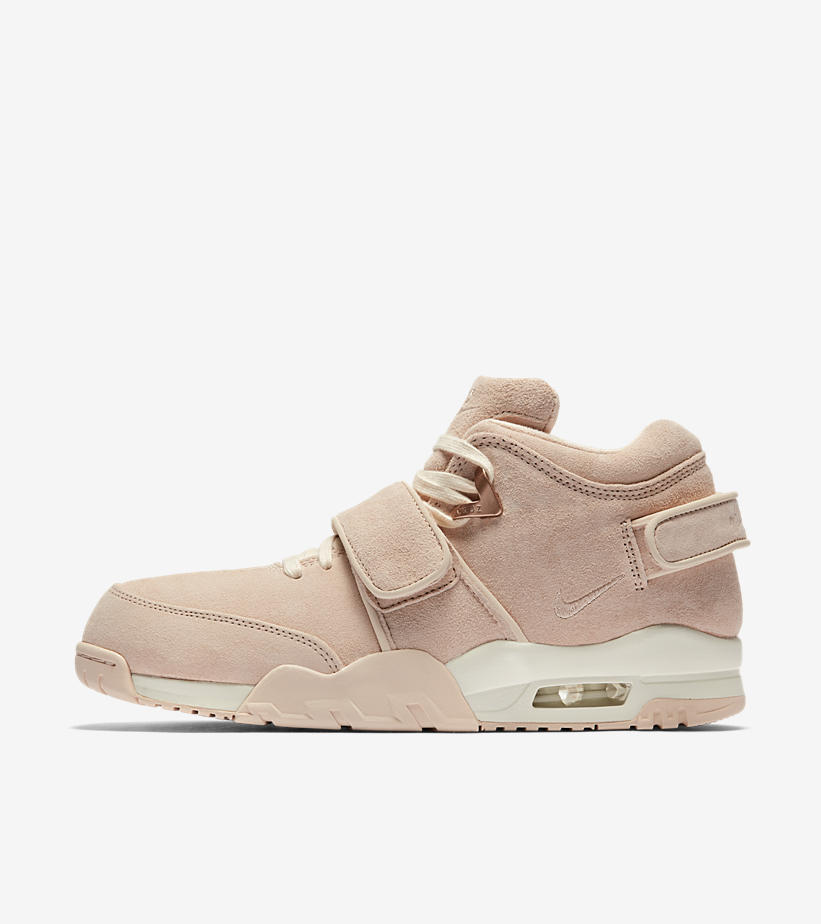