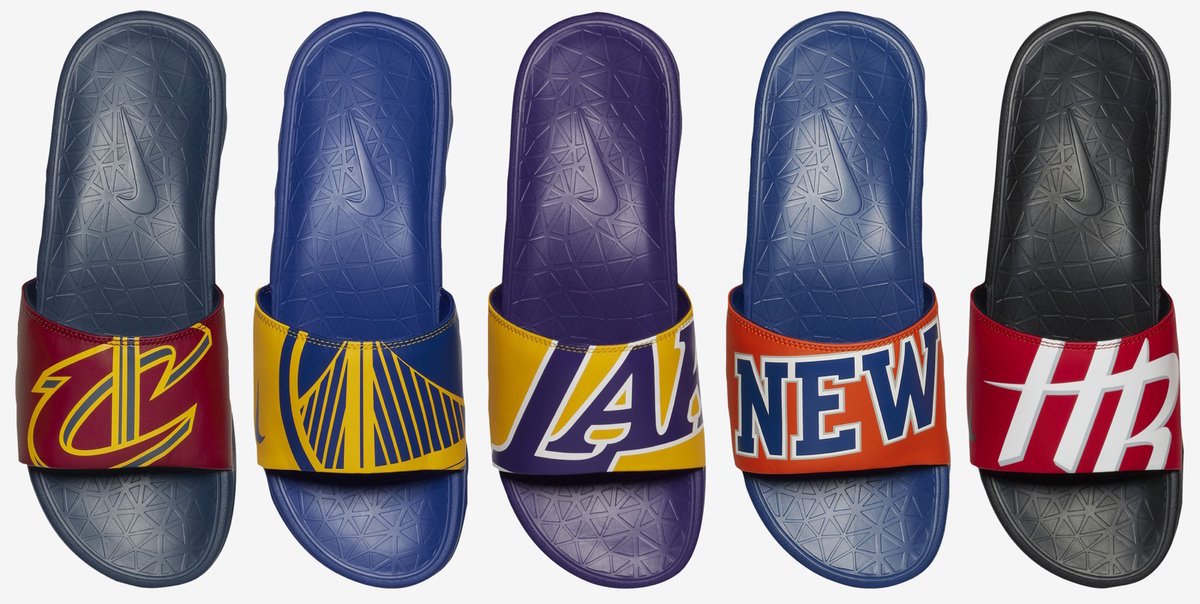 It appears that jerseys won’t be the only NBA product that Nike will be manufacturing in the coming months. Team slides will be thrown into the mix, along with state-of-the-art uniforms and team gear.

Pictured here are the “new” slides, showing off the Cleveland Cavaliers, Golden State Warriors, Los Angeles Lakers, and New York Knicks variations, to name a few. Featured on the top of the slide will be either half or the full team logo, which will be accompanied by a team-colored base.

The NBA logos have been applied to Nike’s existing Benassi Solarsoft Slide 2. It is unclear as to whether certain models will be released depending on location, or if the slides will be a NIKEiD exclusive.

Will you be buying a pair of slides to rep your favorite team? What would you like to see Nike do with its NBA license? Share your thoughts below, and stay tuned to WearTesters for more information. 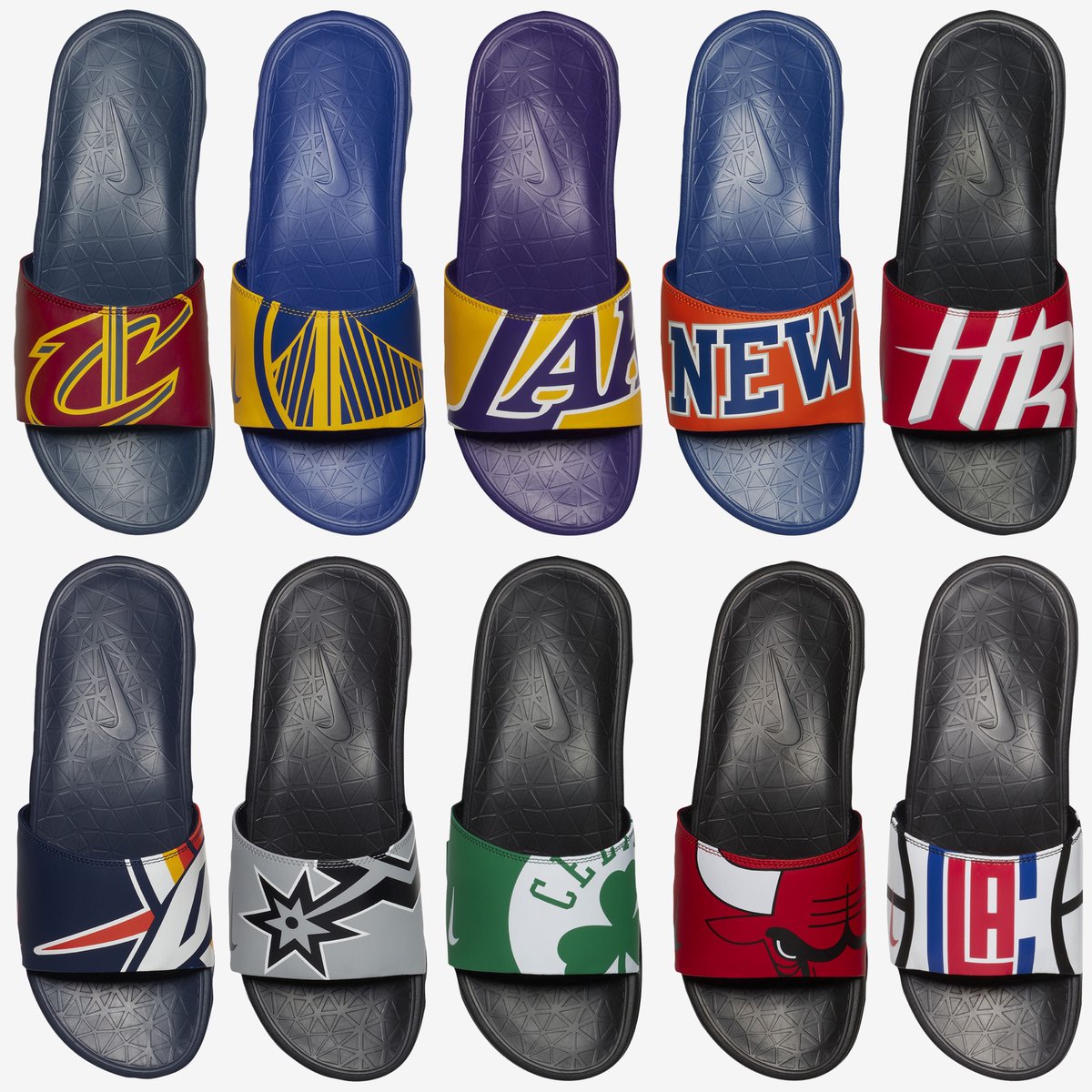