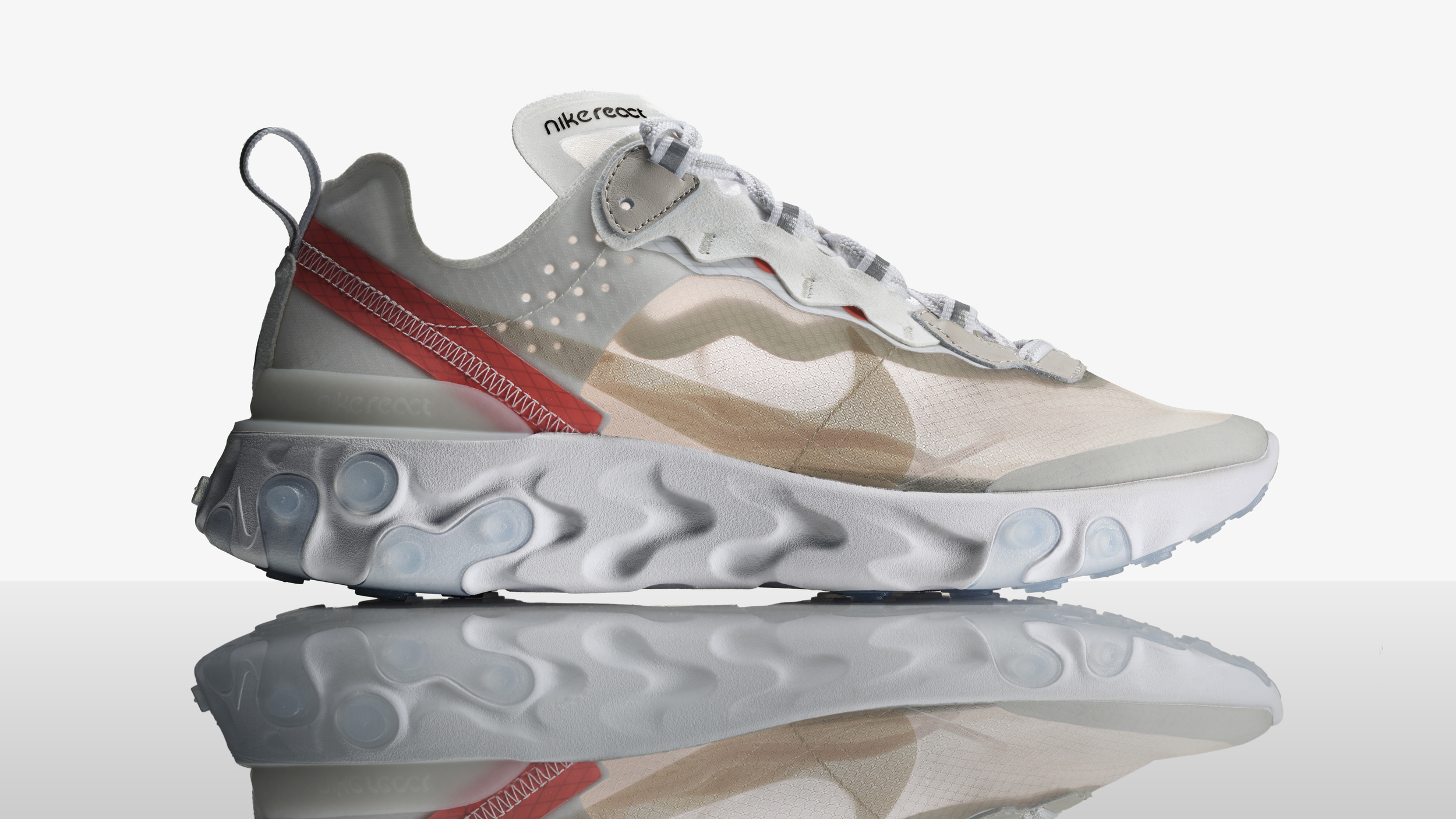 Done up in the deconstructed style of Virgil Abloh and his “Ten,” the Nike React Element 87 has been making the rounds of the Internets for the last few weeks. Now, the shoe is finally official, but it won’t arrive in the States for a while.

Debuted on the Paris runway, the React Element 87 truly began with a slab of foam and a drill. According to Nike, the shoe was developed by the Nike Sportswear special projects team in an effort to maximize cushioning for everyday use — that means enhancing comfort underfoot for a variety of movements that people do daily like walking, standing, shifting, and occasionally, sprinting.

Nike Sportswear designers used a series of pressure maps and a drill to fill a slab of React foam with holes. According to Nike, the team discovered, through trial and error, which depths and densities accomplished the comfort goals they had set out.

“At first, the whole process was one of those back-to-basics type of things,” explained Darryl Matthews, the Footwear Design Lead for NSW Innovation, in a statement. “But then we took what we’d learned and applied it through computational design scripts. That’s when things really started clicking.”

The densities and pressure maps were then figured through a tile — the graphic part of an equation — to create a patterned midsole that would scale to every shoe size, according to Nike. The pattern on the React Element 87 is looser and wider than the pattern used on the Epic React Flyknit to achieve soft bounce.

The React Element 87 features cork insoles and a translucent 100% TPE yarn upper with eyestays that pay homage to past Nike silhouettes like the 1981 Nike Internationalist. The new shoe nods to both the original Internationalist and its newer builds at the heel clip, and is the first of many upcoming Nike shoes that will “rework, reinterpret, and reconceive” lifestyle footwear. 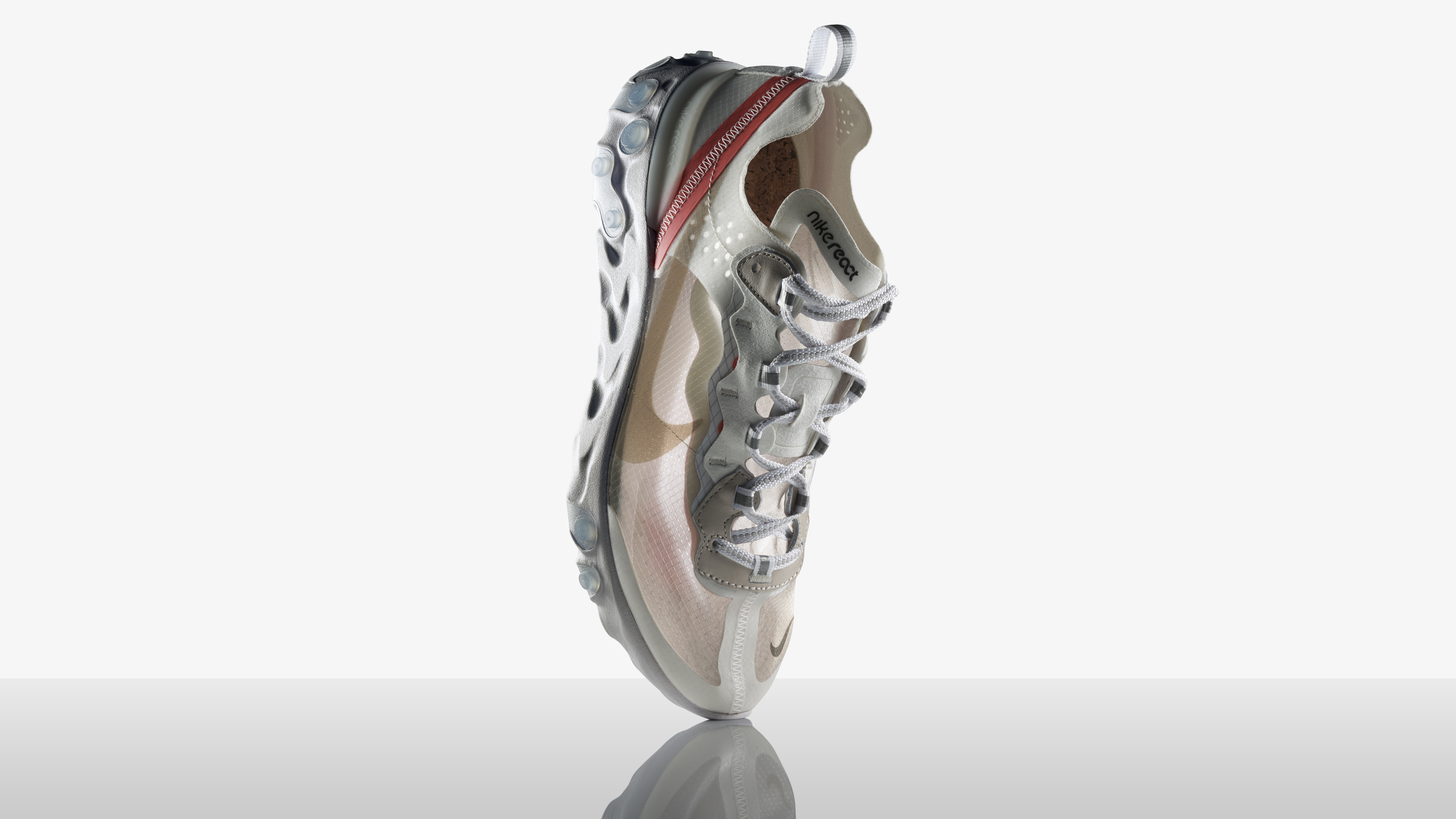 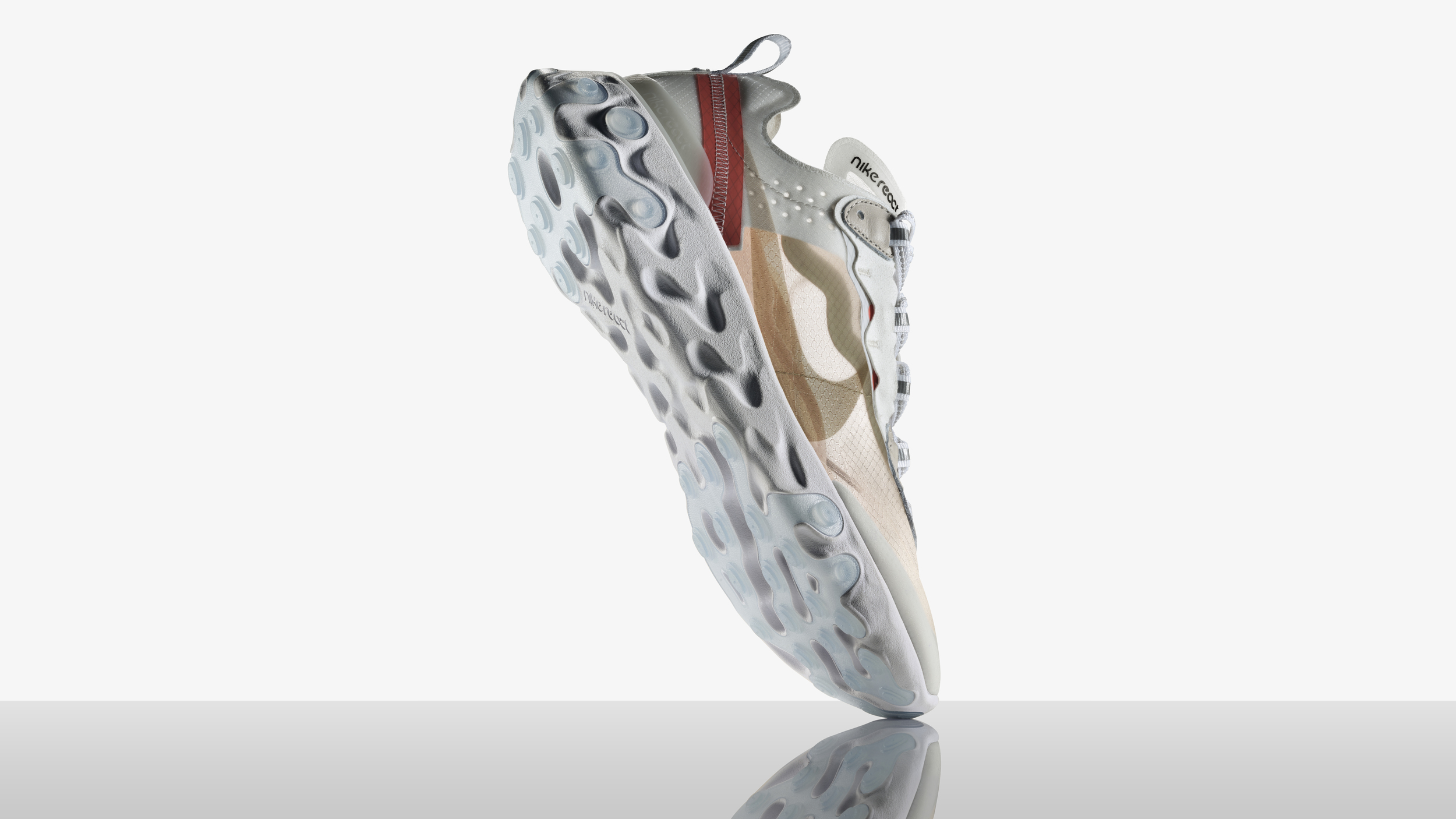 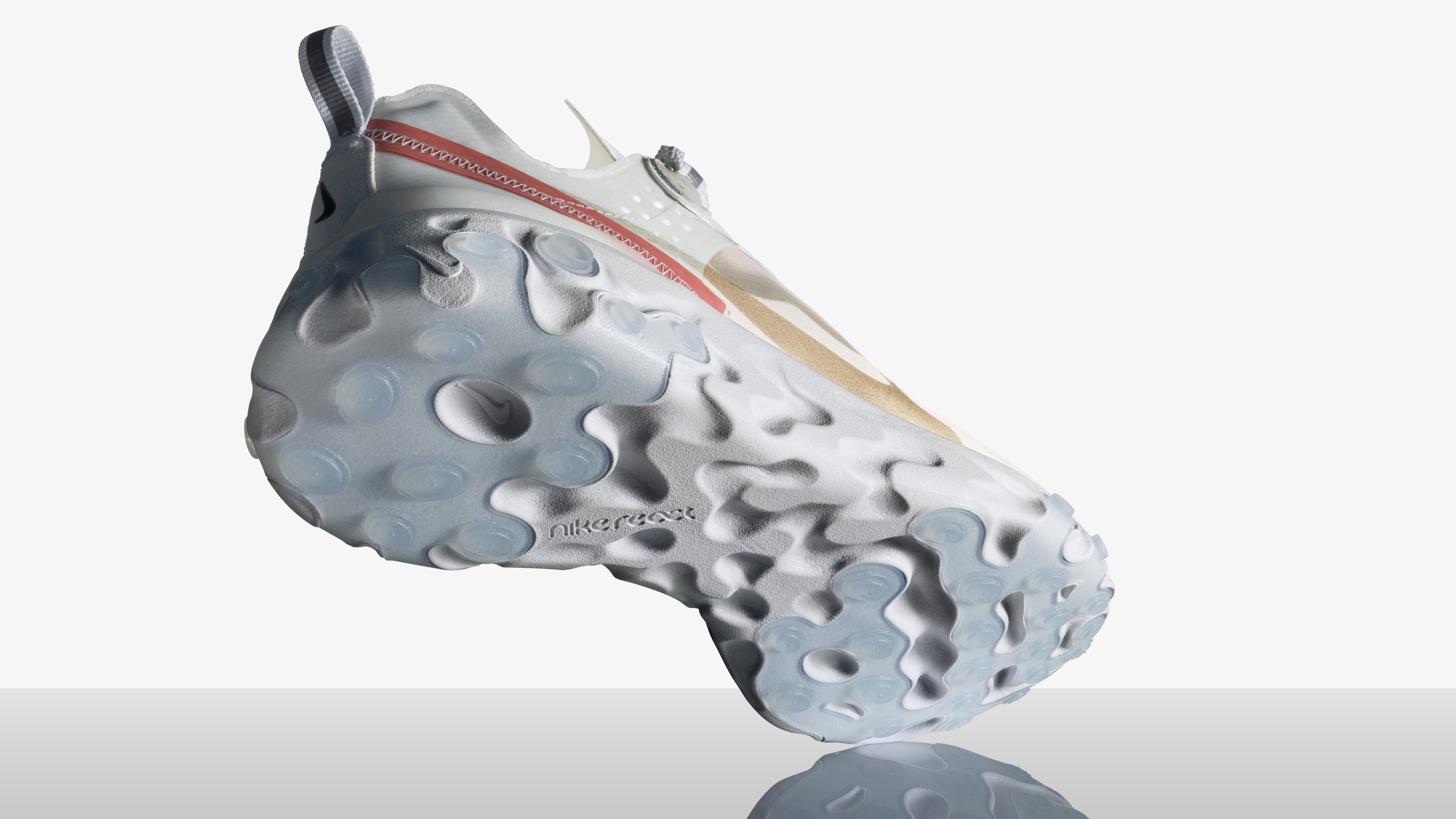