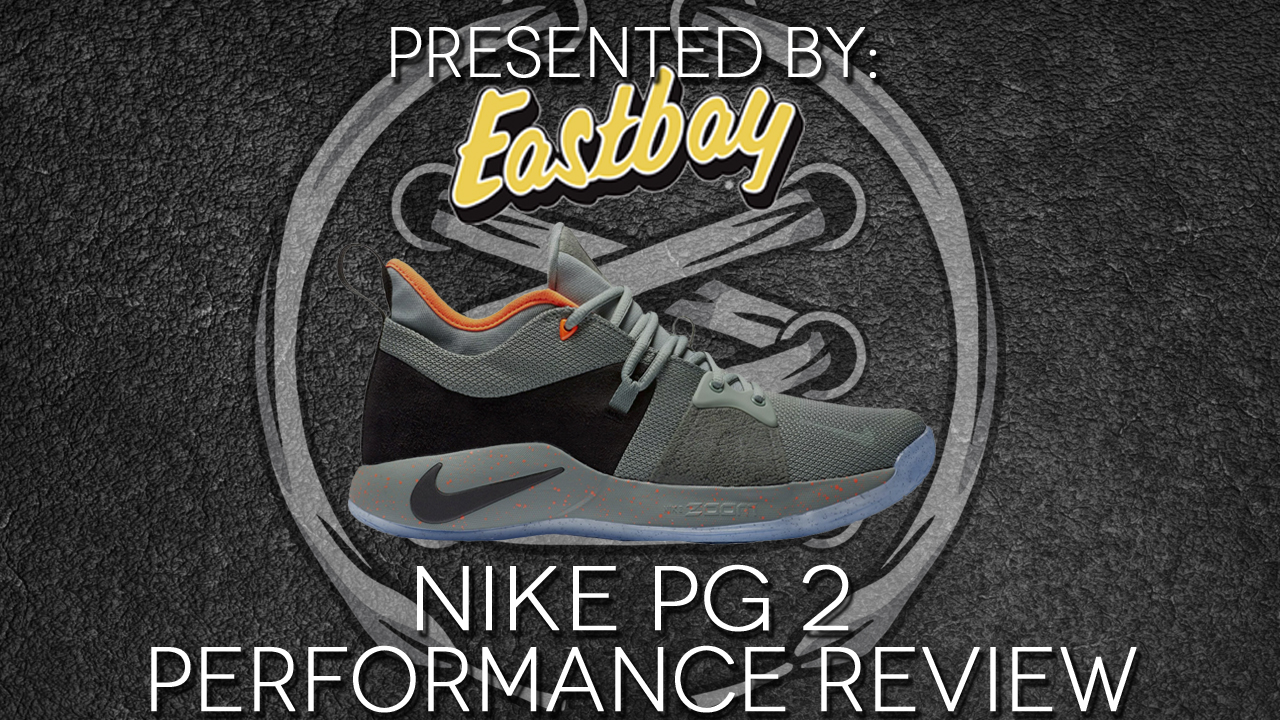 Sometimes a debut sneaker is so popular, so well-designed, and so perfectly priced that a making a follow-up to match the original just seems absurd. Enter the Nike PG2.

If we have learned anything over these years of reviews is that Nike Basketball loves a challenge. How do you top one of the best-selling debut sneakers ever? Let’s find out…

Sarlacc. When I first saw the bottom of the PG2, the creature from Return of the Jedi was what I thought of. You know, the one that lived in the sand dune and sucked up everything around it? Yeah, that was the dust on the court when playing in the PG2.

Granted, the Palmdale pair I used for this review has a translucent outsole, and clear rubber tends to grab more dust, but when playing on the always-wonderfully kept 24 Hour Fitness courts (there were only a dozen balls of lint/hair most days), the PG2 had trouble holding ground.

Once the floor was swept, however, the PG2 was serious Crazy Glue. The rubber is thick but not too hard, the pattern is spaced well to push dust out (on solid colorways), and the full coverage just means more bite for this big dog.

Outdoors? Depends on your life wishes. The rubber will probably wear away rather quickly, but the pattern is sort of deep, so even as it wears, it will still have some grip. I’m thinking indoors only for my pair though.

Last year, most reviewers were in love at first sight when they spotted the large forefoot Zoom unit on the PG1 images (me included). On-foot, the initial PG1 feel was underwhelming, but did the job. This year, Nike increased the thickness of the Zoom by two millimeters, which doesn’t seem like much, but the increased size and top-loading the unit (little between the foot and the Zoom) makes the forefoot area of the PG2 bouncy and responsive without feeling unstable. The shoe kicks back on every step and makes you want to run.

The heel and midfoot is strictly foam, same as the PG1, but this foam feels more Cushlon/Kyrie 4 than Phylon/PG1. Transition is smooth and the midsole compresses and rebounds well while playing, but if you are a heel-striker, or plant off of your heels while hitting jumpers, you may notice a lack of feedback.

The materials are the same kind of different. The upper features the same description as the lovely, premium-feeling uppers we got last year, but different. The suede is still here, and while it isn’t super-premium it does provide a nice touch of raw materials for that layered look that gives depth and detail to designs.

It may add weight, but it makes the upper more personal and signature-feeling, if that makes sense. Using the suede where Nike does allows for some great color-blocking as well, although we only have four colorways so far (with many more coming soon, surely).

The midfoot and forefoot areas are made up of a ballistic-style mesh and it is rough, rugged, and raw. Thicker than last year but still flexible and durable, the worry of wearing through mesh in the toebox of shoes should be gone on the PG2. While the forefoot straps overlay the medial and lateral sides of the forefoot, the materials themselves keep things feeling smooth while playing.

While the PG1 was narrow (some would say extremely narrow) in the forefoot, causing most to size up a half size, the PG2 has a wider last all through the structure. The fit straps in the forefoot keep things stable and contained on any and all lateral movements, and you can actually feel them holding you over the shoe while playing. Any time the technology can be felt working like it should, WearTesters gets excited.

The inner bootie/one-piece construction is still here, but the opening of the shoe is wider, with a larger area between the last eyelet and the heel padding that gives the foot some wiggle room. I never had much heel slip, almost none for the most part, but the wide ankle collar had me feeling a little insecure when playing. The inner heel and ankle are padded well, locking the heel and foot in place to minimize any movement, but the dead-space around the top of the collar was less than comforting.

As for length and sizing, the best option is to probably stay true to size unless you are a narrow footer. Again, the width issue in the forefoot is fixed and length is solid along the lines of the Kobe AD Mid and LeBron 15.

Wide base, stable foam, locked-in forefoot — everything needed for a solid support shoe, and the PG2 is solid. The heel being foam, and slightly stiff, means there is no unwanted compression around the edges leading to the shoe rolling over. The forefoot has a wide outrigger that keeps the shoe upright on strong lateral moves and getting in front of your man on defense.

However, the biggest tool in the shed is the forefoot straps. Seriously, they work, and it is lovely. Many times while playing I could feel my foot being kicked back into the shoe by the straps, especially while guarding ball-handlers on the perimeter where I need all the help I can get staying in front of players.

While the heel fit did allow a little slip, there were no problems as far as support. The heel cup is high and solid and the lacing does hold your foot in low, keeping the heel in place. It is still up top where the problems hit me. However, when actually thinking about the rankings, the slip wasn’t enough to mark down.

Solid. That’s the best word for the Nike PG2. And that makes sense because Paul George is about as solid of an NBA player as there is. He does everything well — rebounds, steals, scores, defends — but isn’t the best in any category (well, the steals are up there). He needs a shoe that does everything well but doesn’t focus on any one thing, and Nike gave it to him.

Take a look at the Nike PG2 if you are a do-it-all player who can be counted on to play your part. If you like minimal, fast-feeling shoes, there are better options, but the PG2 is honestly the best all-around shoe that Nike has on the market right now. Not the best, but best all-around (and at $110). It’s amazing what can happen when function not only meets but beats form over the head — for our sake. 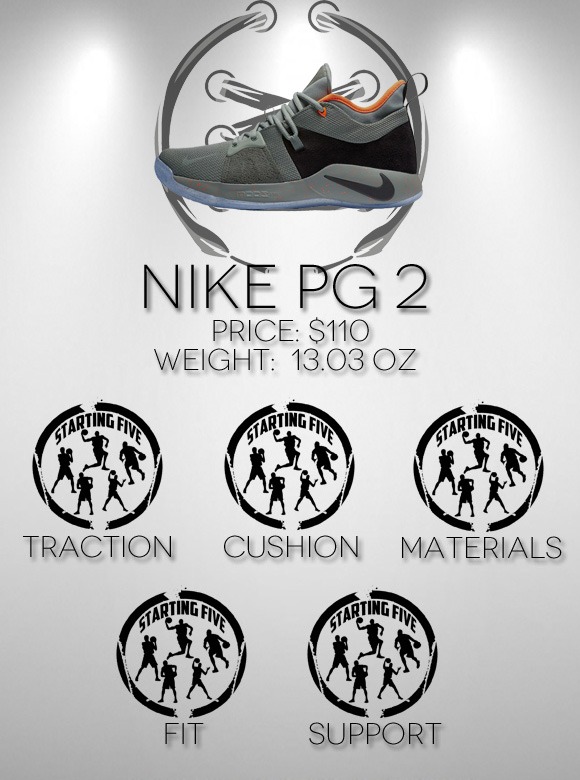