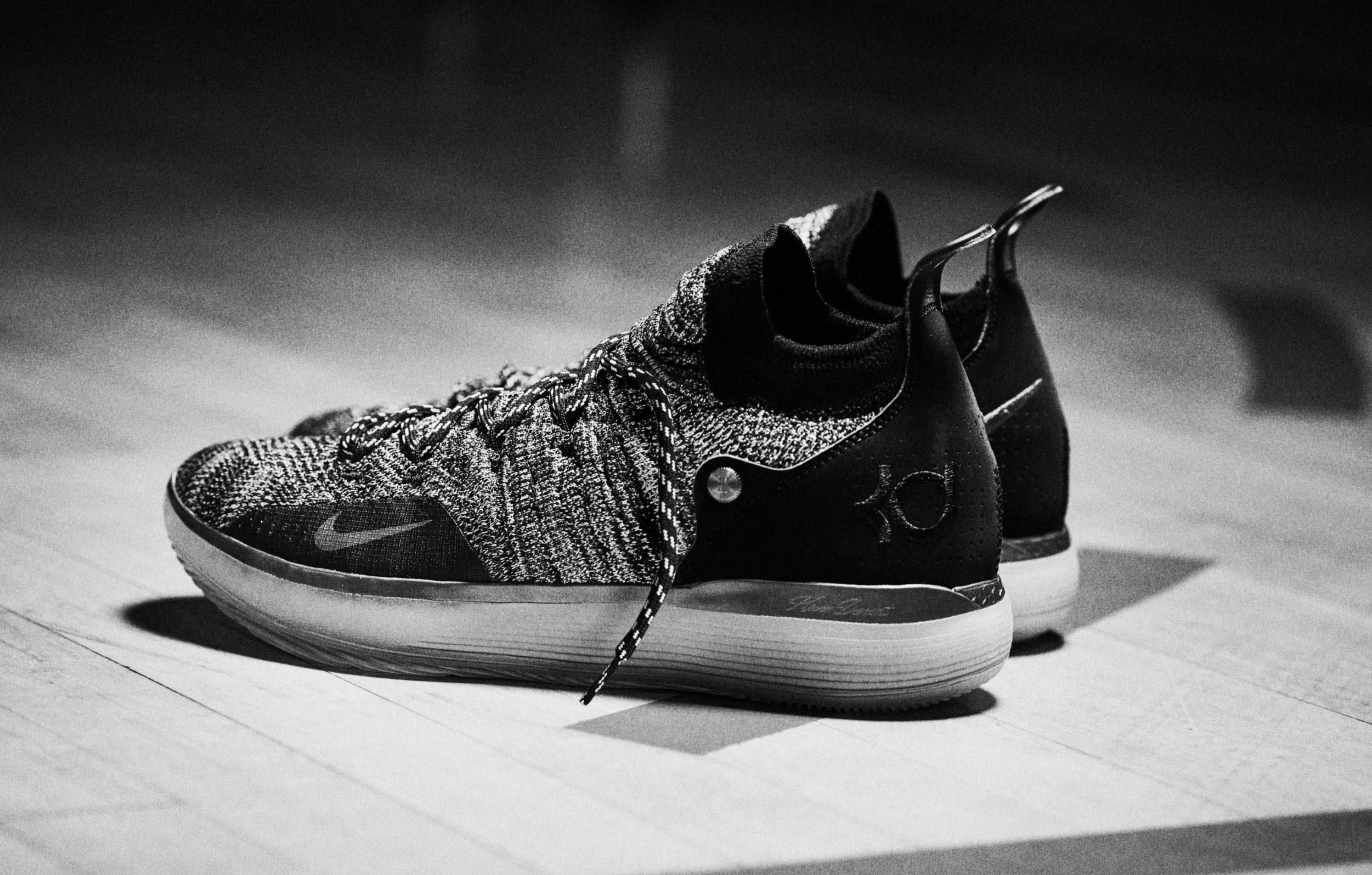 To create the ideal shoe for Kevin Durant, Leo Chang went back to the drawing board and came up with something new: the Nike KD 11.

Kevin Durant has a penchant for comfort — he likes his shoes to have a broken-in feel right from the jump, and he doesn’t tie his laces tight for maximum coziness (many of us noticed Durant’s shoes flopping about on certain plays, to each their own). According to Nike, the feel of Durant’s next shoe had to be somewhere between a sock and a lightweight runner.

“For the tooling, we’ve created a perfect balance of plush ride and bounce,” said Chang in a statement. “This doesn’t always happen; it really needs two materials to make it work.” 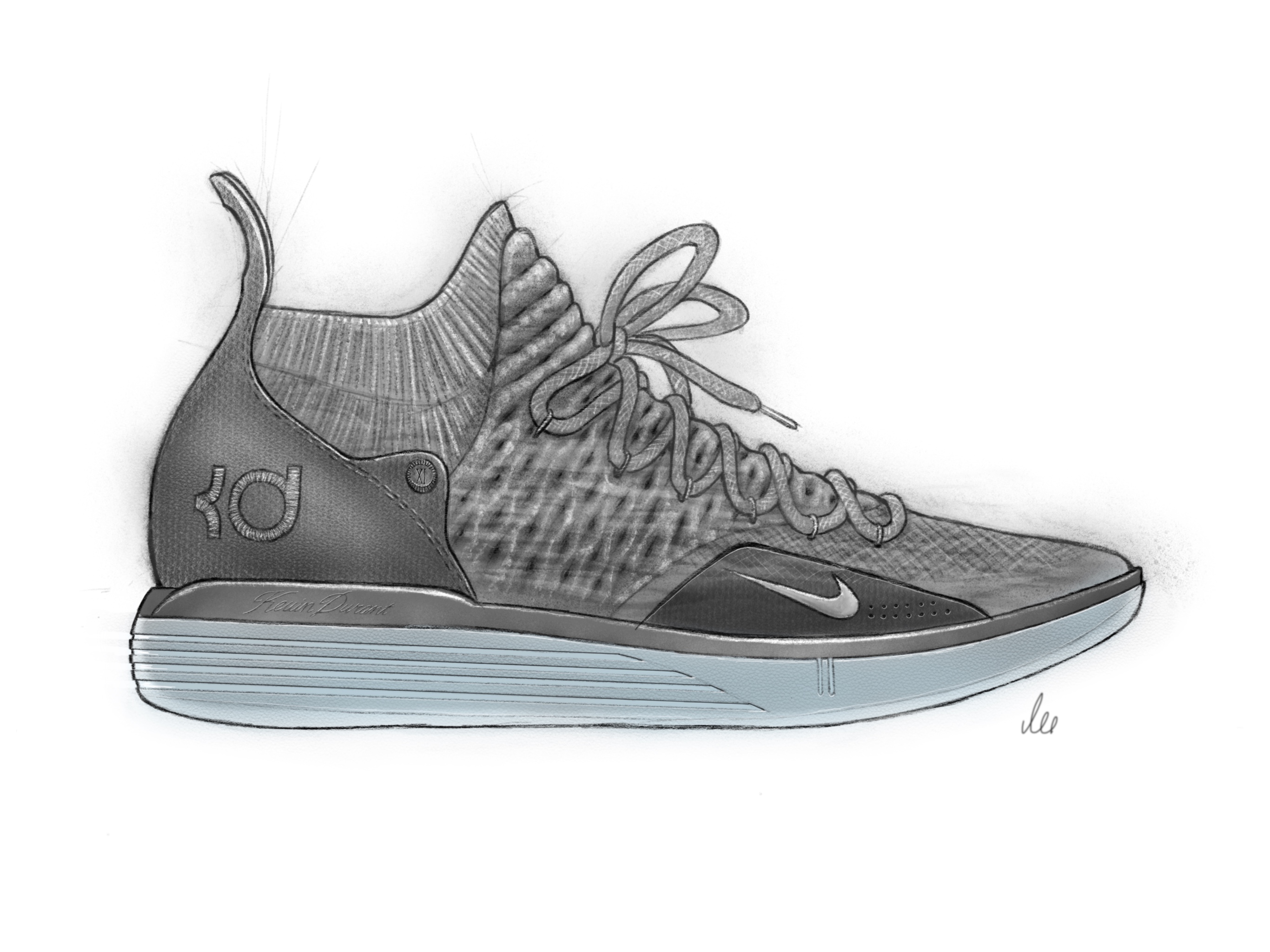 As WearTesters has previously reported, those two materials were Nike React foam and Nike Zoom Air cushioning. According to Nike, React cushions between the court and the body while the Zoom Air is top-loaded to sit right under the foot and provide response. A rubber cupsole houses both foams, although the resulting system rides a bit higher than most basketball shoes.

The Flyknit has also become a bit more plush and a lot softer to satisfy Durant’s needs. “He likes the feel of the Flyknit Trainer and the Nike Epic React,” explained Leo Chang in a statement. “Last summer, he loved the Air Sock Racer — that is where the collar of the 11 came from, and all the lofting in the tongue and quarter followed.”

Notable details include the top line on the cupsole that reveals a subtle notch kick, a reference to Durant’s ’67 Lincoln Continental, and the remnant of a Swoosh from a prior model hits the lateral side. Oh, and the shoe can be dribbled apparently, just watch Kevin Durant do it.

According to Nike’s Josh Benedek, the KD 11 will be available on June 18. However, Nike’s official release says June and July in the ‘Paranoid’ (blue) and ‘Still KD’ (black/white) colorways. No pricing information has been announced. 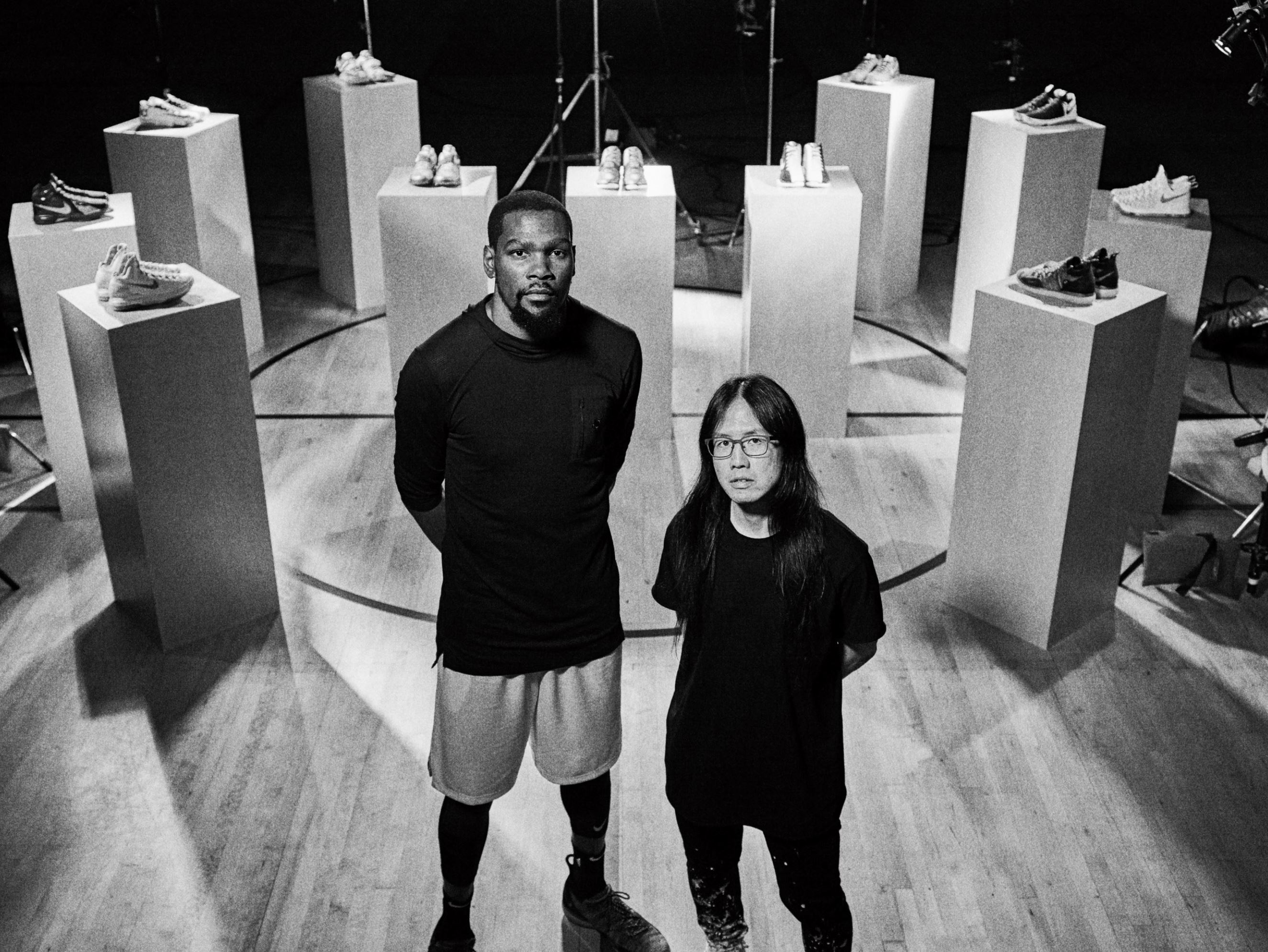 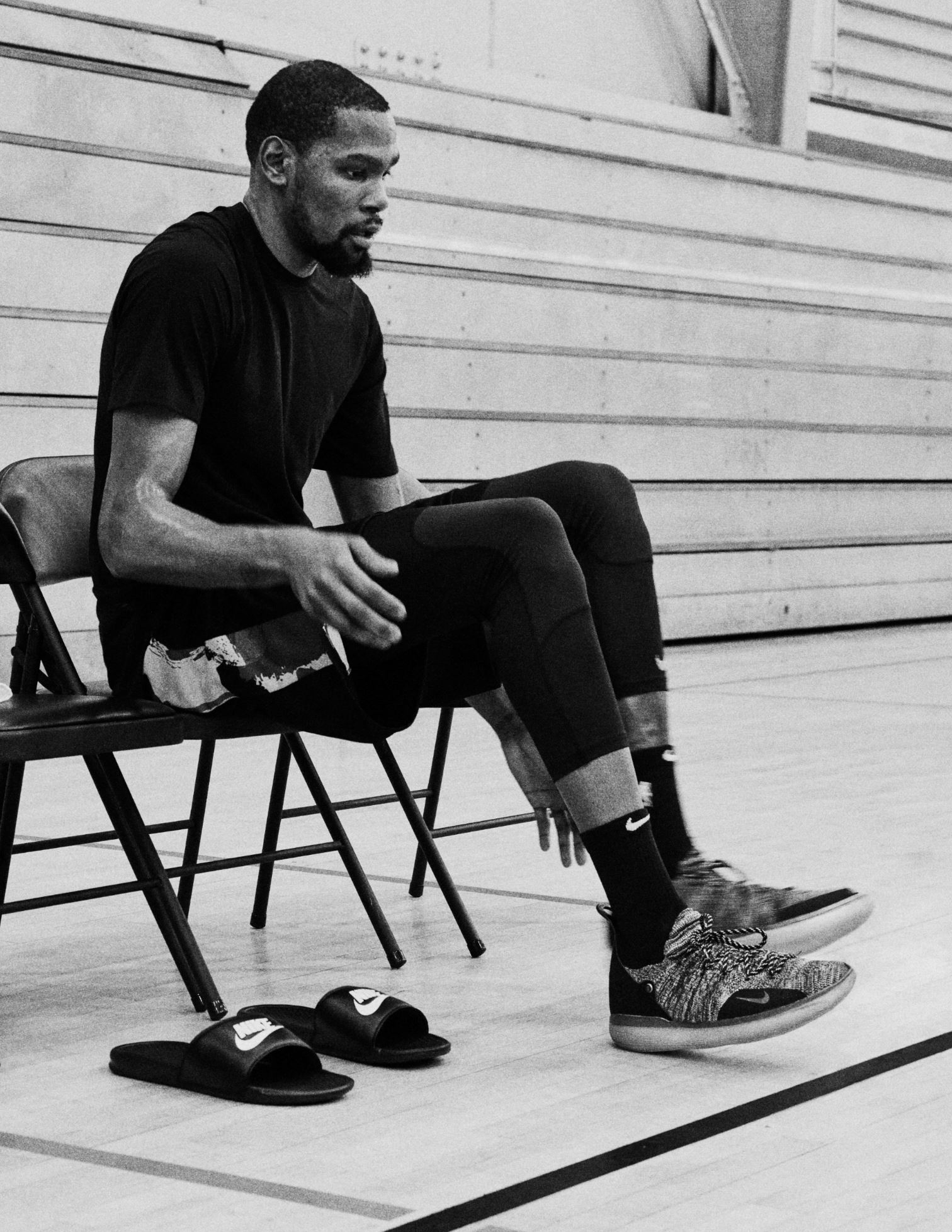 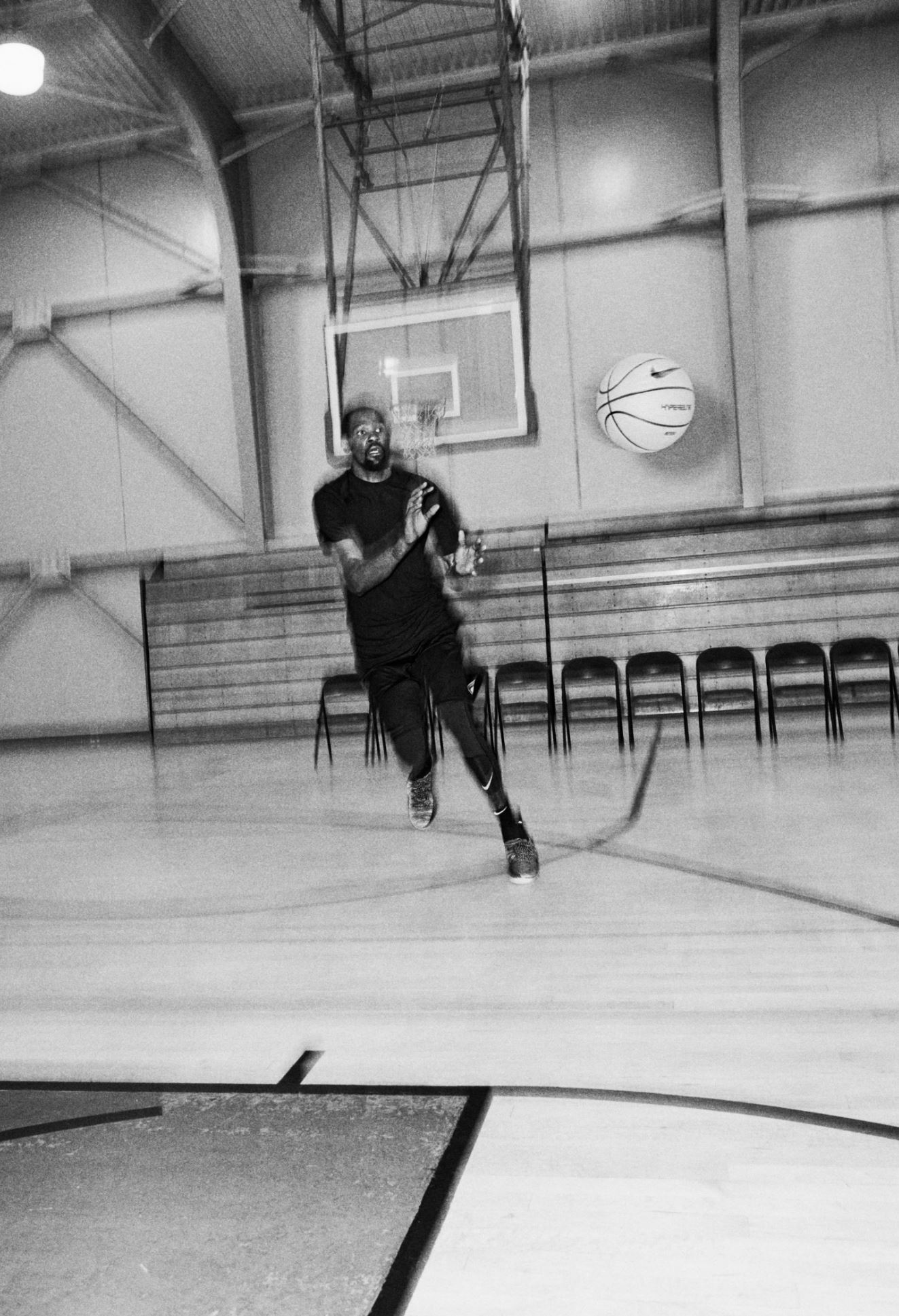 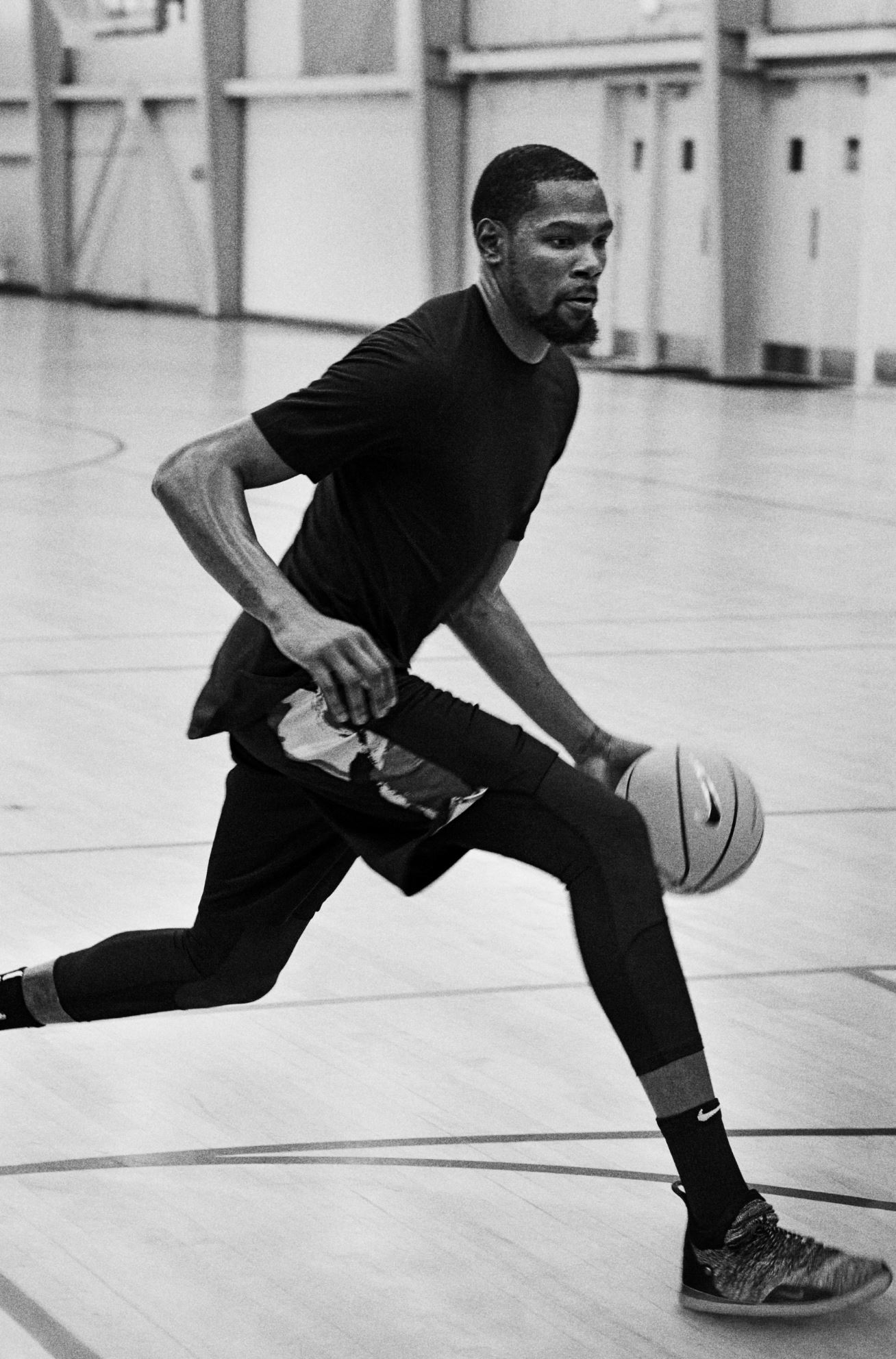 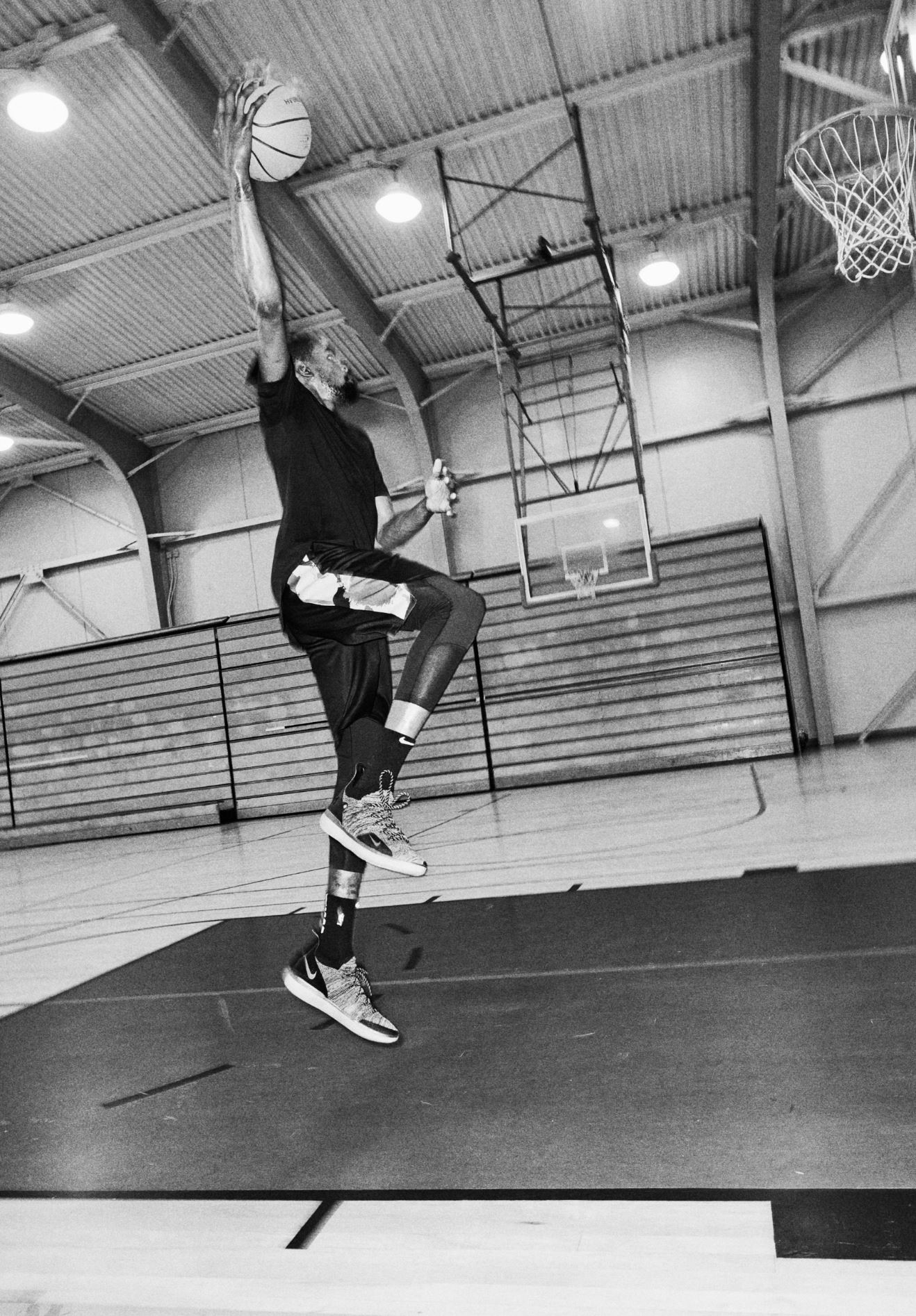 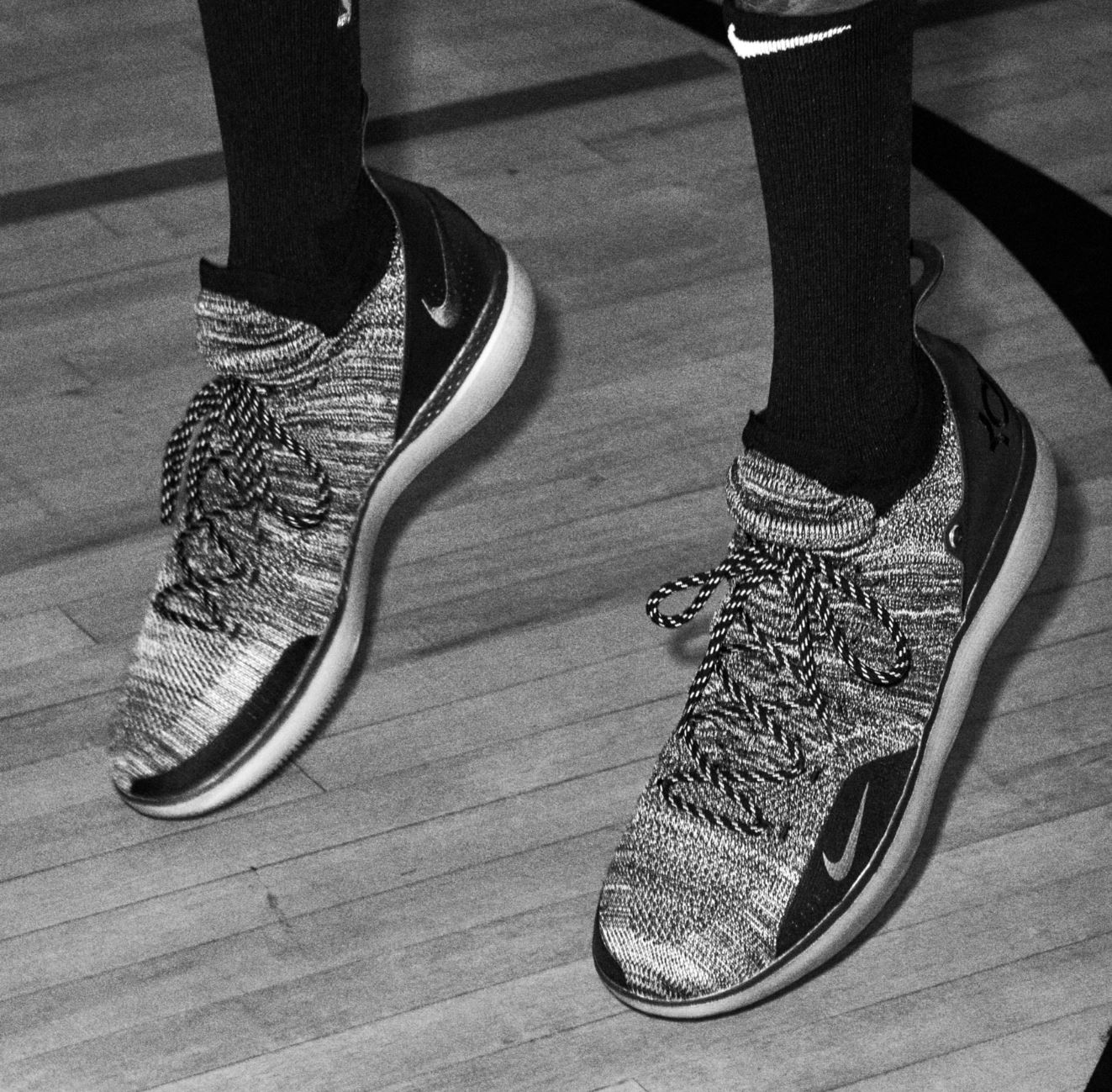 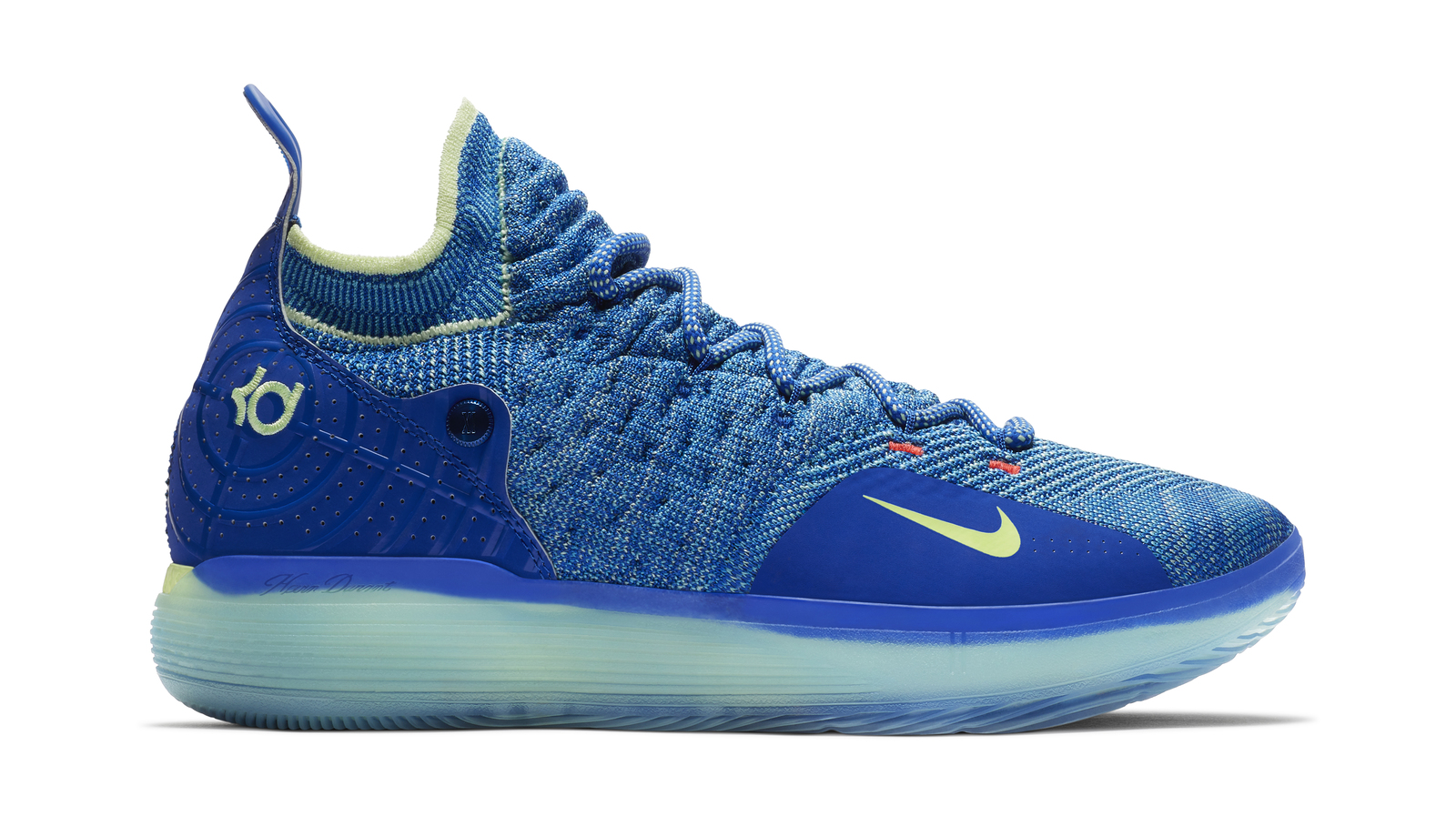 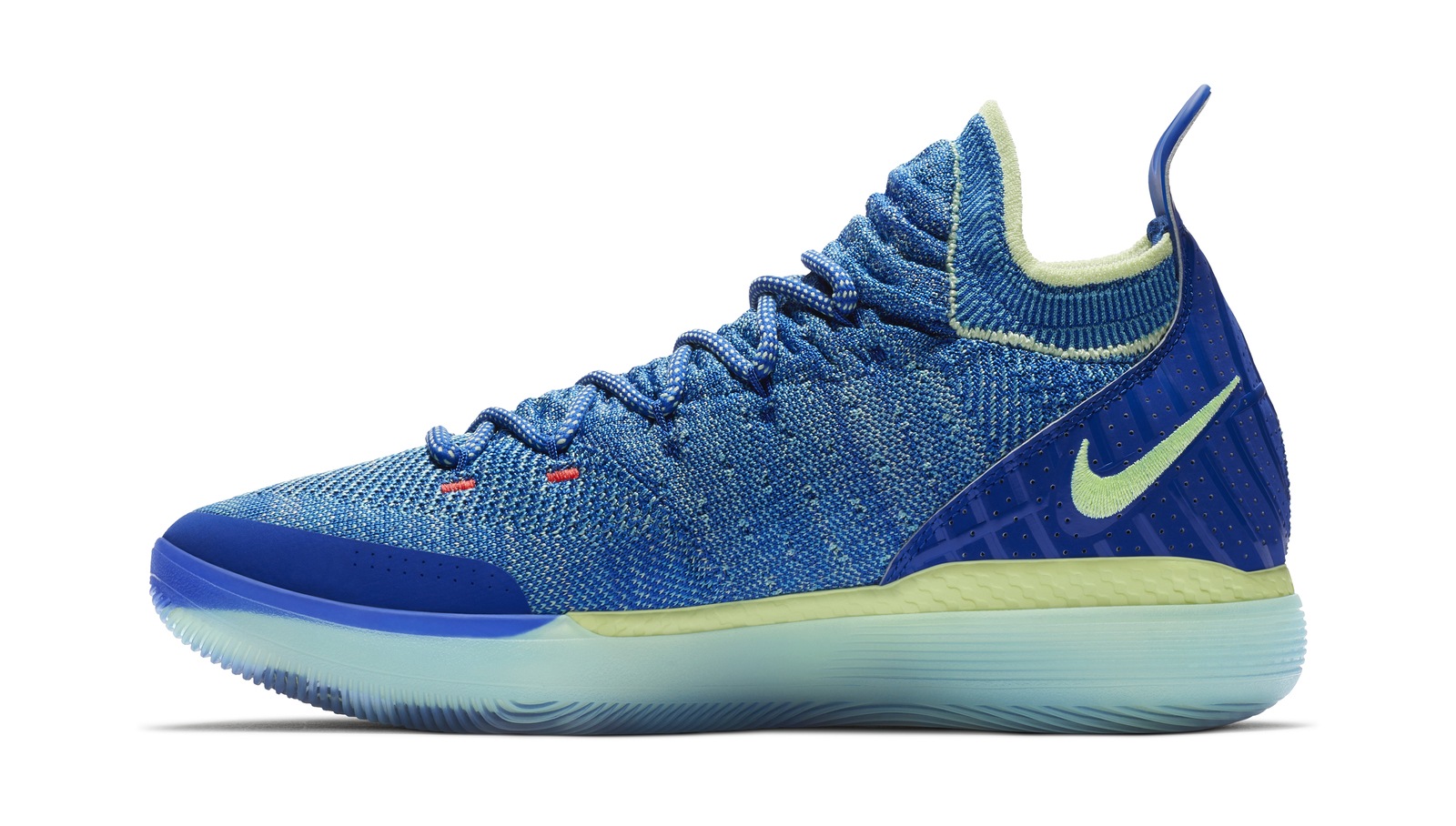 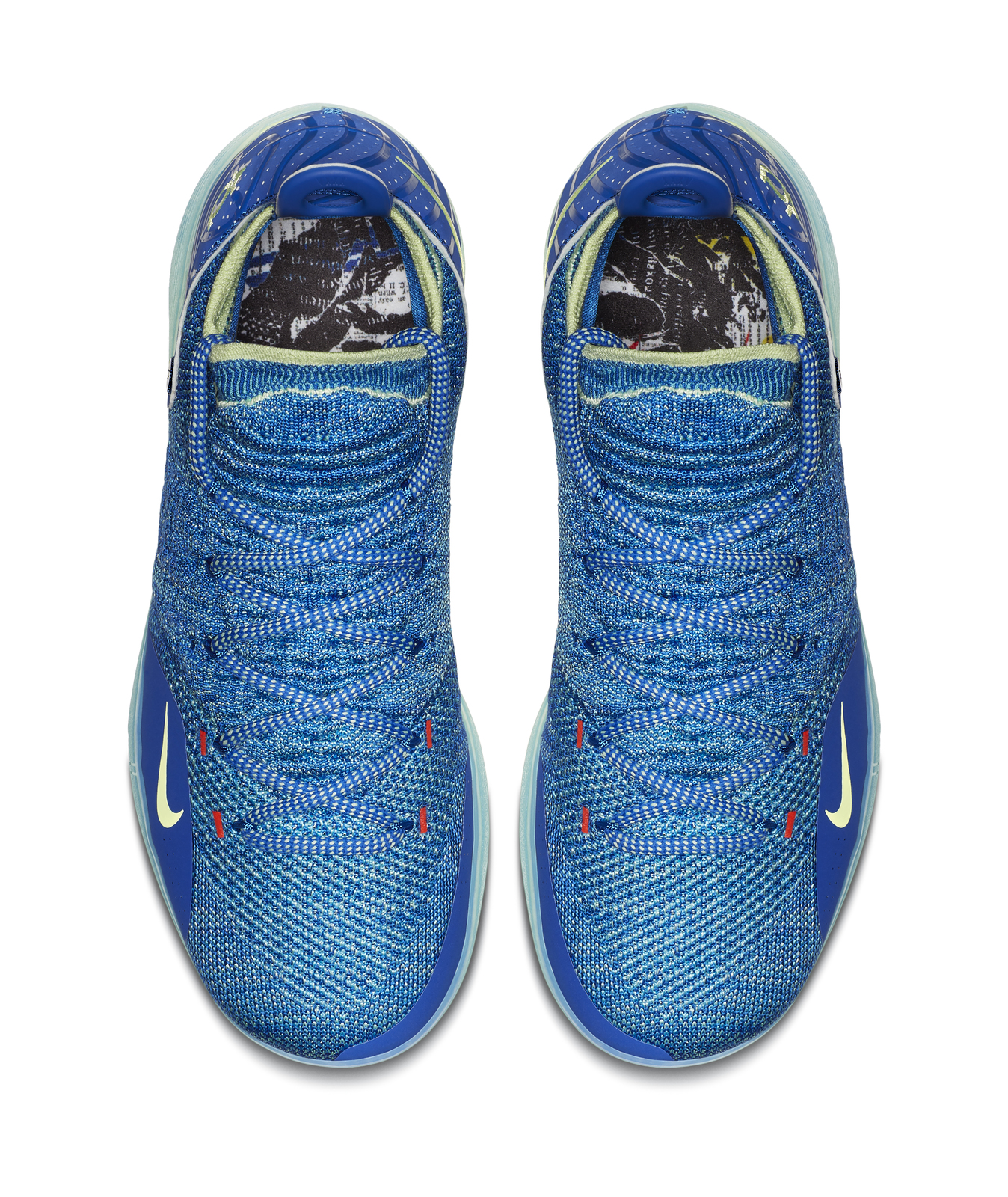 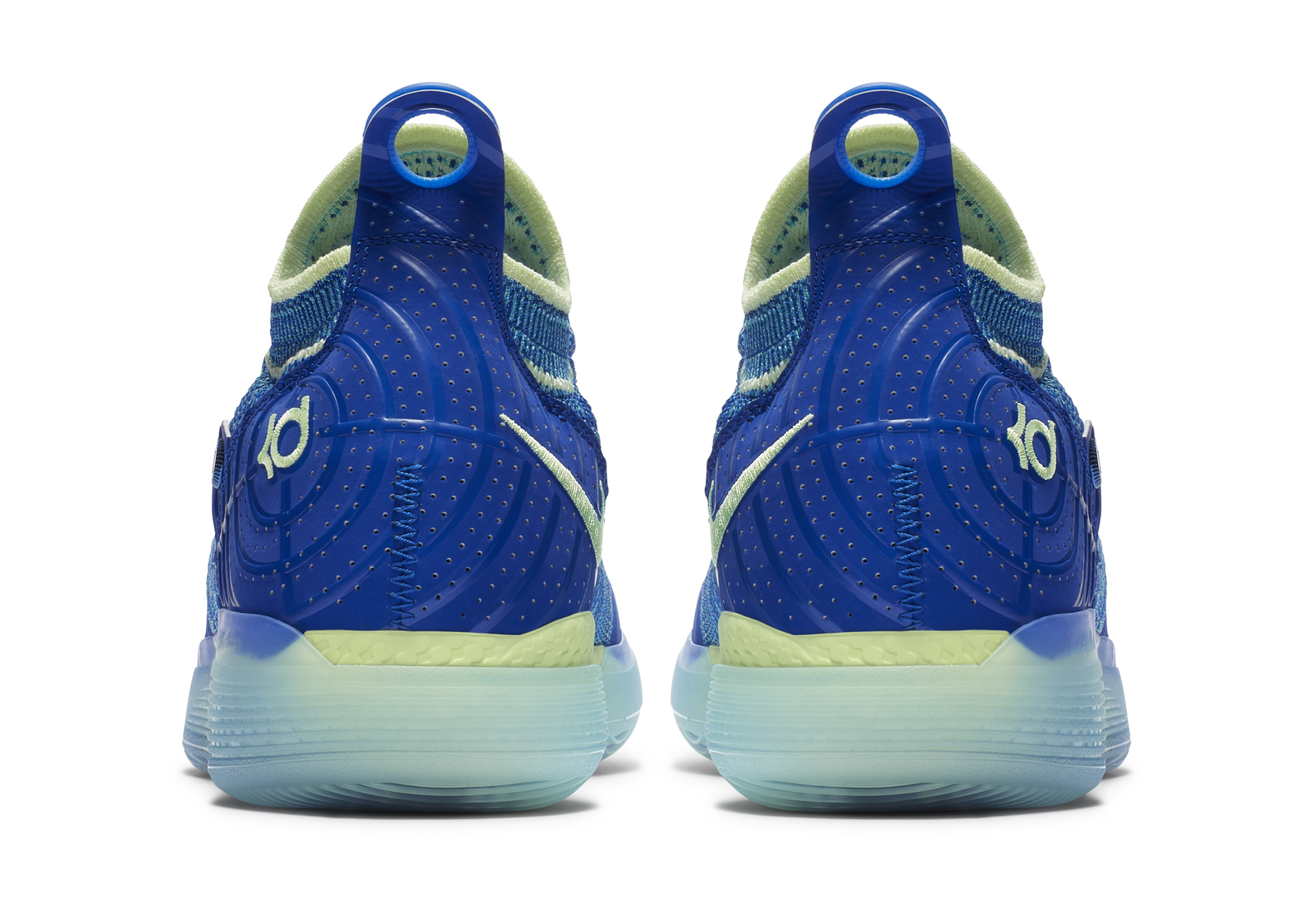