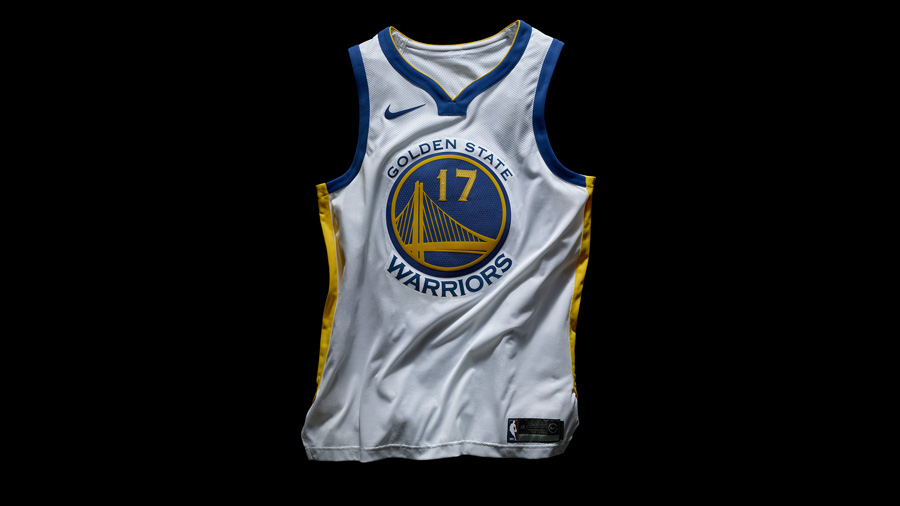 Expected to be available to the public beginning early fall, Nike and the NBA officially unveiled the all-new 2017-18 NBA uniforms.

71% of Nike’s footwear and apparel contains recycled material, something the brand has never really touched upon or pressed publicly — until adidas announced its partnership with Parley for the Oceans. A shot at the Three Stripes? Possibly. Feel free to speculate below in the comment section. 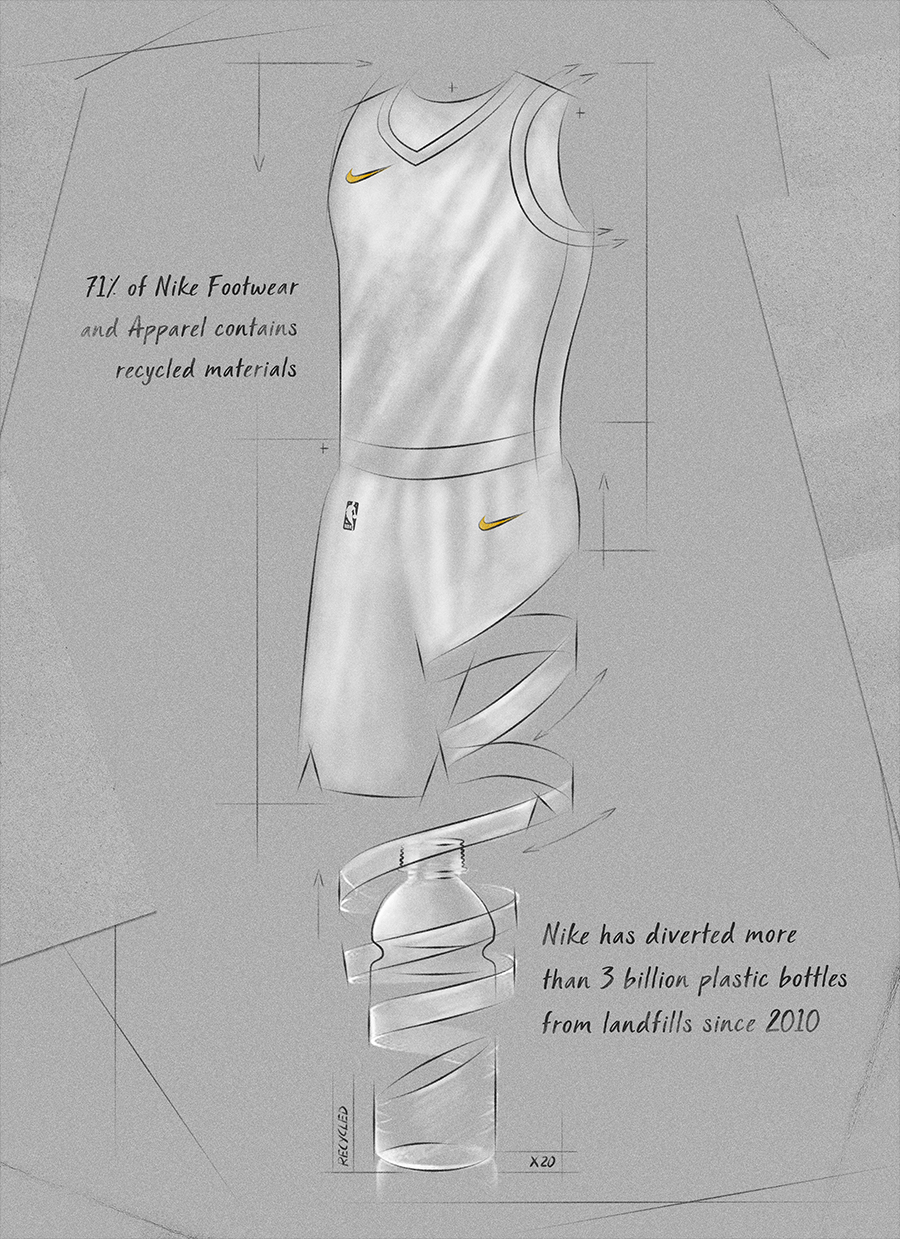 As for the uniforms themselves, 25 years of research along with insight from current NBA players went into building the newly refined version of the Aeroswift tops.

Nike used 3D-body maps of players, including heat and sweat maps, to design the new jerseys. This research led Nike’s designers to make significant changes to the weight, fit and construction of the uniforms — paying special attention to enabling agility, according to Nike.

There is a lot more from signed NBA athletes discussing how vastly improved these uniforms are, but you can read that yourself at Nike Inc. We’re talking tanks and shorts, not rocket science.

To me, making such a big deal about how these uniforms fit and feel so much better than the previous uniforms feels like brand war bullsh*t and it seems petty. With so many broken records and points scored over the past however many years adidas has had the apparel contract for the NBA, the fit couldn’t have been as bad as the quotes from Nike athletes in this morning’s press release would have you believe.

Here’s what you should know, from Nike Inc.

Coinciding with the introduction of the new uniforms, the NBA is eliminating its “Home” and “Road” uniform designations. Beginning with the 2017-18 season, home teams will pick which of their uniforms will be worn at all home games and visiting teams will choose a contrasting uniform within their own assortment.

Because of this change, Nike and the NBA worked together to create four core uniforms for each team, classified as “editions,” which draw from the rich heritage of the NBA and its respective franchises.

The first two editions of the NBA uniforms, which will be introduced by teams this summer and will make their on-court debut at the start of the season, are the Association and Icon editions. The two remaining core uniforms, inspired by the mindset of the NBA athlete and the communities that support their teams through thick and thin, respectively, will be revealed in the coming months.

The Association Edition, the traditional home white uniform that all 30 teams will have in their assortment, links them as members of the most exclusive basketball club in the world. It represents an achievement that most athletes have worked their entire lives to reach.

The Icon Edition, previously known as the road uniform, represents the rich heritage and iconic identity that exists within each franchise. This edition utilizes the team’s primary color, a color that dominates the closets of the most diehard fans.

Also this season, eight NBA teams will have a Classic Edition uniform that will be available in the fall. The Classic Edition celebrates some of the most iconic uniforms in league history and can be worn at each team’s discretion.

Complementing the new uniform editions, Nike will also unveil a new on-court collection, including tights and socks, that provide a seamless look for the greatest athletes in the world when they play on the game’s biggest stages.

Let us know what you think about the newly unveiled NBA uniforms for the upcoming 2017-18 season and stay tuned for updates on availability.